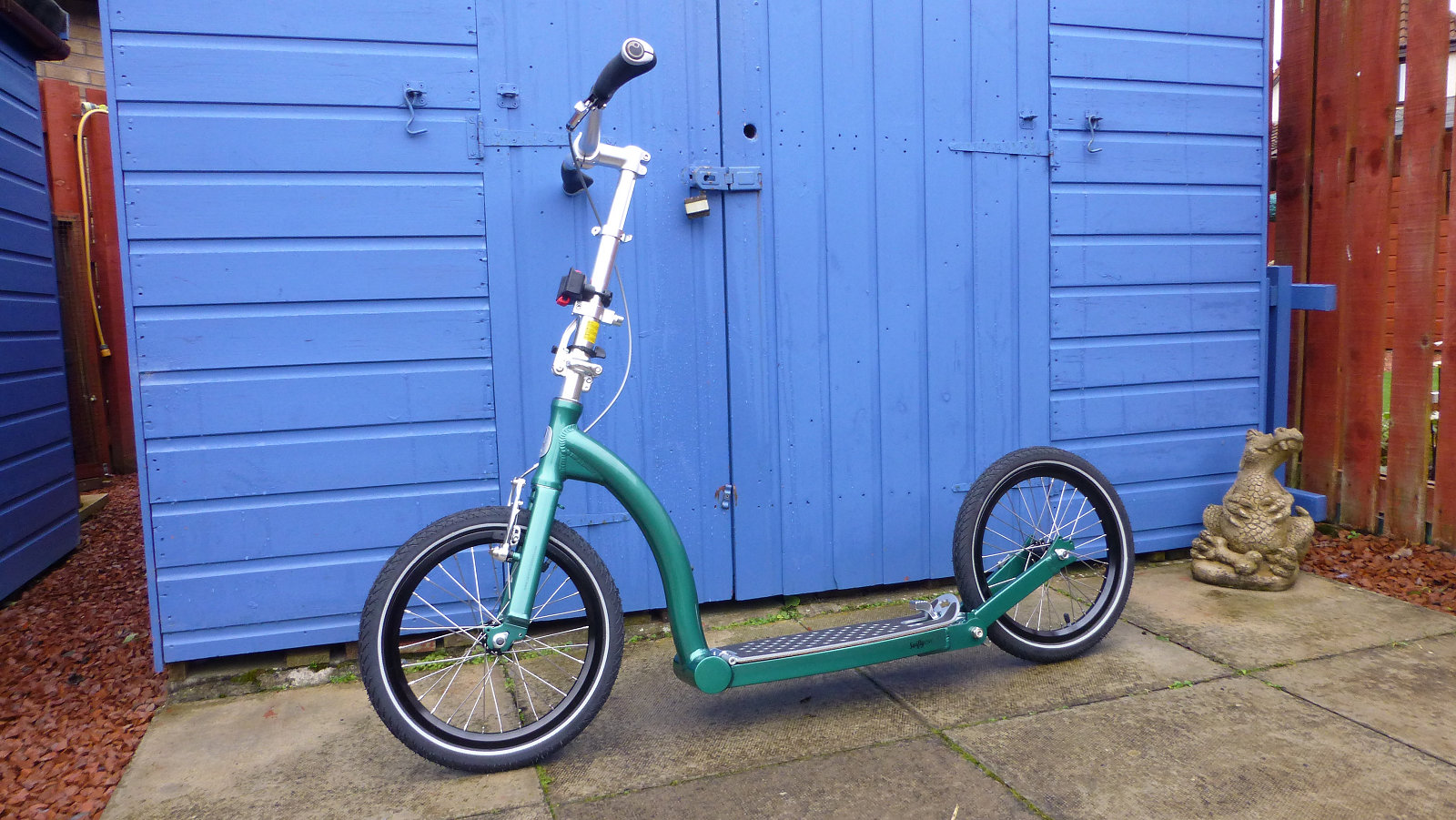 When I bought my first Swifty kick scooter, way back in September 2018 – and I’m amazed to see that’s now over three years ago – I didn’t really consider the folding Swifty One as an option. I wanted something that would cope with both on-road and off-road conditions and the Swifty One was stated as not suitable for off-road conditions. In the end, I bought two kick scooters, the Swifty Zero and the Swifty Air. The Swifty Zero generally gets used in urban areas where the route is mostly tarmac. The Swifty Air is for off-road trails and cross-country routes.

Today, I have additional requirements, a wanted a kick scooter I can use for an activity called Turfing, a virtual mobile phone based game where points are accrued by taking as many real-world locations, or zones, as you can. Of course, either of the above scooters perform admirably but I also need something I could take on the local bus service with me into Edinburgh, and possibly even further away. The local bus service, Lothian Buses, does not allow items such as bicycles or Swifty kick scooters to be carried on their buses, however, they do permit folding bicycles, and I quote “fully enclosed in a suitable carrying bag”. I did consider a folding bicycle such as a Brompton or Moulton but decided on another kick scooter, the folding Swifty One. This decision was mostly down to the fact that the kick scooter can be used on the pavement, where as a bicycle would have to be used on busy city streets.

The need for a carrying bag of some sort is rather disappointing and annoying. The Swifty is obviously not a bicycle but as “accompanied luggage is carried at the driver’s discretion”, I suspect arguing the case with the driver would be pointless. However, I have found a possible solution, and that is to carry the folded Swift One inside a suitable bag. The ever-useful Internet came up with the goods, a 1200mm x 940mm waterproof drawstring storage bag, basically a giant stuff sack. Cost about £13.00, weighs very little and takes up only minimal space, so easy enough to carry around on the scooter. It should be large enough to hold the folded Swifty One, or at least enough of it to get on the bus.

I was expecting the Swifty One to arrive on or about the 11th January but I was most delighted to see it arrive on Saturday 18th December. Cannot help but get excited when a great big parcel arrives at the door. As usual, the scooter was well packaged and just about ready to ride straight from the box. Just required some air in the tyres. However, I wanted to do a few things first before riding. One was to swap the handlebar grips for a set of Ergon GP1 grips, same as all my bikes and scooters. And before pumping up the tyres, I added some puncture sealant, for good measure. Folding and unfolding took a little bit of practice but was easy enough to get the hang off. Also installed a mount for the front pannier and ordered up a bell as well.

Next task with to check all nuts and bolts were secure, which they were, then off for a quick test scoot. Interestingly, the handlebars felt wider than usual but are actually the same as the Swifty Air. There were a few metallic pings as the new wheels settled in – the noise is the spokes settling into position and nothing to be concerned about.

The final task was to see if the folded scooter would fit inside the large stuff sack I’d bought for carrying the scooter on the bus. Thankfully, and much to my relief, it did and with room to spare. Had it not fitted, I really didn’t have much use for the Swifty One and would probably have returned it to Swifty. Other than the obvious different being the folding mechanism, one other obvious difference is the footplate is 20 mm wider than my Swifty Zero and Swifty Air. So, there we are. Just need to wait for some better dry weather before boarding the No 31 bus into Edinburgh.