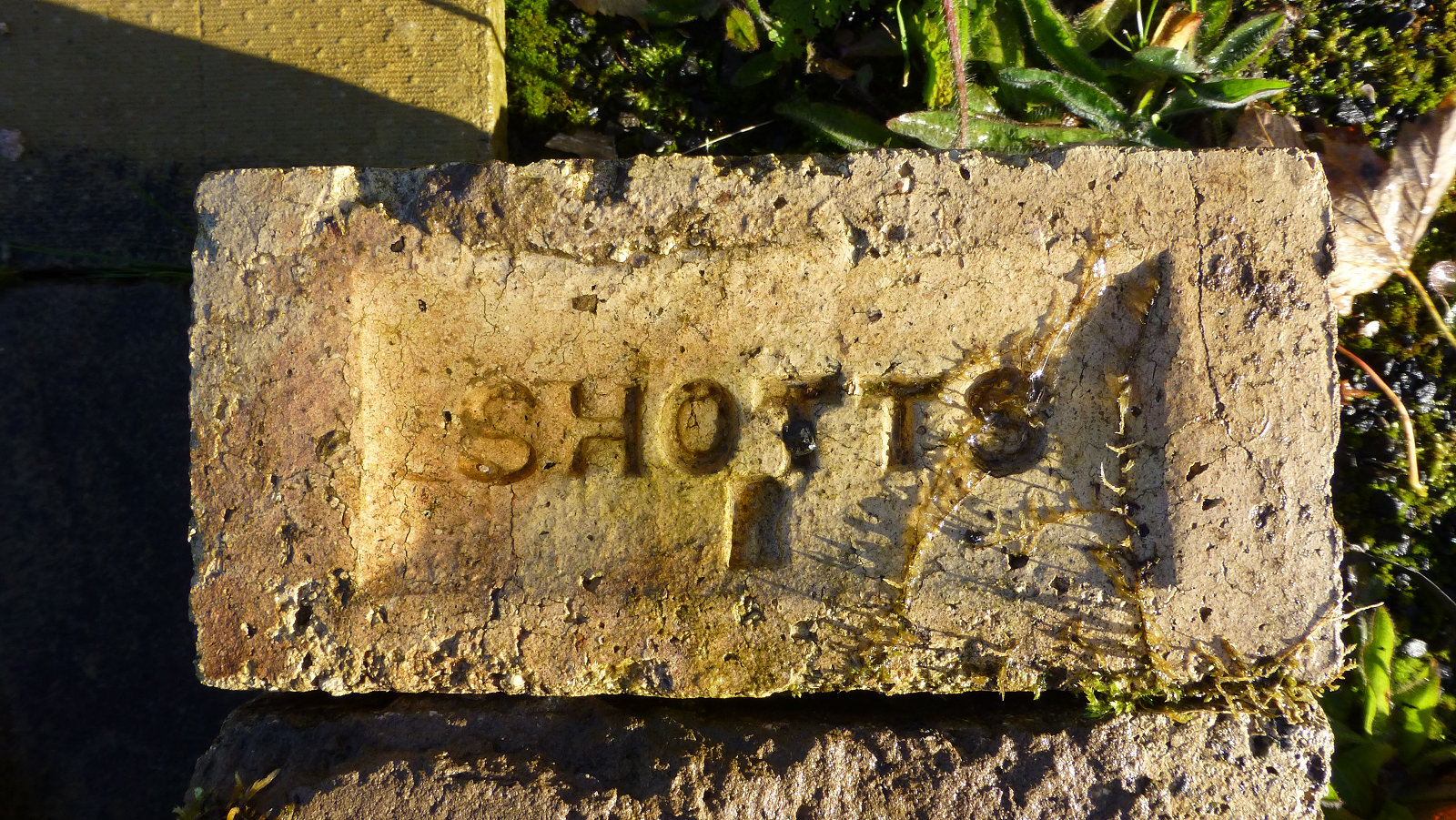 Few people will have heard the term “brick spotting”, some may have encountered the term ” brick collecting” which is fair enough. However, brick spotting is not a phrase that is widely known probably because it’s one I made up when I was looking for a title for an earlier blog. So, what is brick spotting?

Well, brick spotting is exactly what you might think. Brick spotting is going outdoors into town or country and searching for bricks, or rather and more importantly, the stamp on the brick, usually referred to as a brickmark. The brickmark is essentially the manufacturers mark, stamped on the brick during production and basically advertised the name of brick producer or the brand of the brick itself.

Now, you are probably asking yourself why would I want to go brick spotting? What is the point is looking for brick? It’s just a brick after all. Well, there is more to it than that. Yes, it is a humble brick and to understand you’ll need a bit of Scottish brickmaking history first.

Scotland, particularly the Central Belt, is blessed with some amazing geology including rich coal measures and accompanying deposits of clay. Put the two together and you have the basic ingredients to produce bricks. Until around the 1980’s when brick manufacture more or less ceased in Scotland, there had been hundreds of brickworks producing bricks, many though not all, marked with their own brickmark. For example, ARNISTON was one of the brickmarks for the Arniston Coal, Lime & Brick Works, Gorebridge, Midlothian.

Put together all these many hundreds of brickworks, many producing a wide range of bricks with different brickmarks and you potentially have thousands of brickmarks out there waiting to be discovered. And when you consider the potential life span of the humble brick and the vast millions of bricks produced, the mind boggles at the possibilities for brick spotting. To date there are over 3500 known different Scottish brickmarks and who knows how many more are out there waiting to be discovered.

Back to the why of brick spotting. Personally, I go brick spotting for the thrill of unearthing a previously un-found brick that I can add to my virtual collection, possibly even discovering a brickmark that has not been recorded anywhere. It’s akin to a stamp collector finding a rare stamp in a goody-bag of stamps or a birder ticking off that elusive once-in-a-lifetime rare bird on their life list. It’s all about the search, the discovery and also the process of posting on the blog as well.

In addition to that there’s also a more important, scientific, aspect to brick spotting. Many bricks were only produced during a certain time period, for example, Niddrie Brickworks, Niddrie, Edinburgh, Midlothian only produced the brickmark NCB NIDDRIE between 1947 and 1969, when the brickworks closed down. Such information can be used in archaeology for dating and will be increasingly important for future archaeology. Much of the data relating to the many hundreds of brickworks has been lost but the bricks remain. I’ve had various emails from marine archaeology groups across the world asking about bricks found in shipwrecks. Dating these bricks helps assist in dating the wreck itself.

Brick spotting is a relatively inexpensive pastime, it gets you out and about into city, town and countryside, helps you get exercise and therefor healthier. It can also be very exciting, particularly when you make new discoveries and you never know just what will turn up on your next brick spotting adventure. Go on, give it a try, you know you really want to!