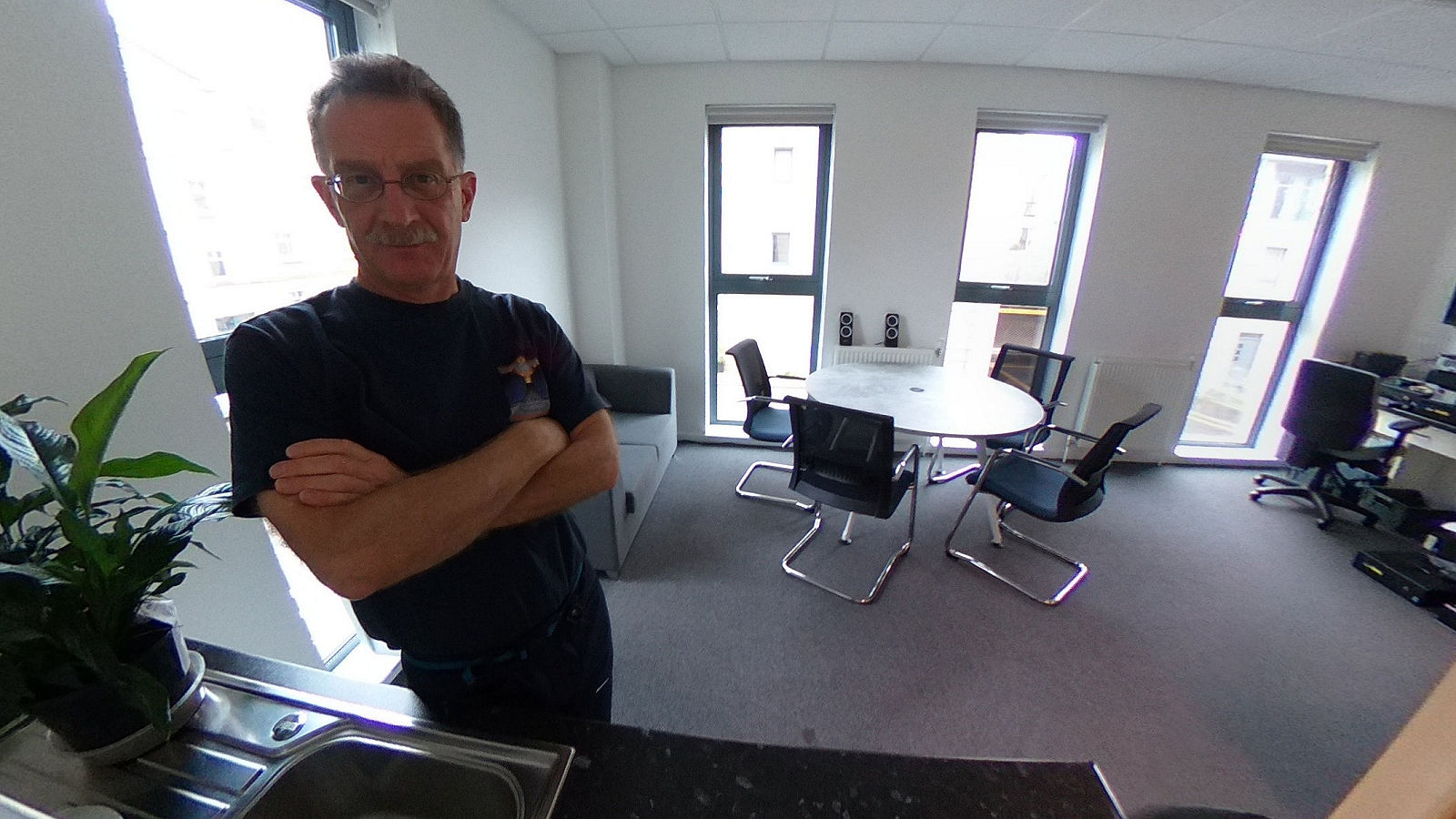 Well, folks, Thursday 20th May has now been and gone. I am now no longer employed. My Microsoft Surface has been left with the Sight Scotland IT Dept., along with my ID badge, mobile phone, door and security fobs. My system account, email account and all my administrator privileges have been deleted for ever. Technically, I’ll on annual leave at the moment and don’t officially retire until the end of the month, but it doesn’t really make any difference. As far as I’m concerned, I’m retired. I am now free! Yippee!

I sent out the usual farewell email at work and receved a fair number of nice replies back, Here’s a copy of the email.

“Folks, just a few last words before I go.

After some serious mind-numbing spreadsheet wrangling to work out home expenditure and projected pension income, along with an overwhelming desire to be out in the Great Outdoors every day on my bicycle rather than stuck indoors, together with many nano-seconds of careful consideration, I’ve decided to retire at the grand young age of 59.5 years and have submitted my resignation to Sight Scotland. And, short of being successfully bribed to remain in post with an impossibly vast quantity of four-fingered chocolate biscuits of the Kit-Kat variety, will depart officially Moday 31st of May when I will be deleted from the IT system for ever. However, accrued annual leave means I’ve arranged an early escape pod for Thursday 20th, blasting off for Planet Gary at 4.30 pm, so will be heading for cycle routes in galaxies far, far away, soon after, never to return.

Having been with Sight Scotland / Royal Blind / Royal Blind Asylum and School, for over 17 years, which is long enough, now is the perfect time for something completely different. I plan to spend my days doing the things I love doing when not in front of a computer, including fat biking the beaches of East Lothian, sand collecting in Fife, street photography in Edinburgh, kick scooting here there and everywhere, brick spotting (this one is need to know only), off-road cycling in the Southern Uplands, trig pointing, making even more cycling videos, playing the highly addictive game of Turf and watching wildlife down in the woods, to name but a few, and generally getting up to untold mischief and causing great consternation and wonderment thoughout The Lothians and beyond.

I’ll finish by saying it’s been nice knowing you all and if you’re keen to know what some of the activities mentioned above actually are, please feel free to drop by Planet Gary to be enlightened, or perhaps not, as the case may be. May the forth be with you. Please do not hesitate not to get in touch.

My last day at work felt very strange. Normally I’d be working from home but was asked to head into the office to deal with a collection of IT equipment for recycling. So, nothing too challenging there. The girls from Finance had asked me to pop into Head Office, which I did and was delighted that they’d bought me a cake and even more delighted to get a huge bundle of Kit-Kats and a card as well. A very nice gesture. My final task of the day was a virtual team meeting which I found quite awkward and emotional. Found it quite difficult to know what to say and I think some of the other IT guys were the same. Most pleased that a virtual collection had been arranged and an amazing £350 had been gathered. I was not expecting anything much and was very touched. My thanks to all who contributed.

It’s a strange feeling being retired. It’s as if there’s something missing in my head and that something is work. I now have what I’ve termed a mind void, empty space in my brain where all those thoughts about work used to live. I’ve found it surprising how many of them there must have been before. It’s like the software that used to run in my biological CPU has been uninstalled and there now free space where it used to run. Not really an issue, just a strange feeling and I guess it will take time until all those thoughts about work stop, are processed, and then finally deleted.

I still kind of feel that I’m on holiday at the moment and it hasn’t really sunk into my consciousness that this holiday period will never end. No longer will I have to return to work after my two weeks’ annual leave. Probably by the end of the month, everything will have sorted itself out in my head. It’s a nice feeling though, knowing I’ll not have to return to work and can spend my free time doing all the many activities you see here on Planet Gary. Today, Friday 21st May, was a chill-out day. It was chucking down with rain all day, so a good excuse to catch up with some viewing on the television, tidy up the shed, edit a few pages on Planet Gary and tackle some odd jobs around the house. The forecast is better tomorrow, so we shall see what the day brings.