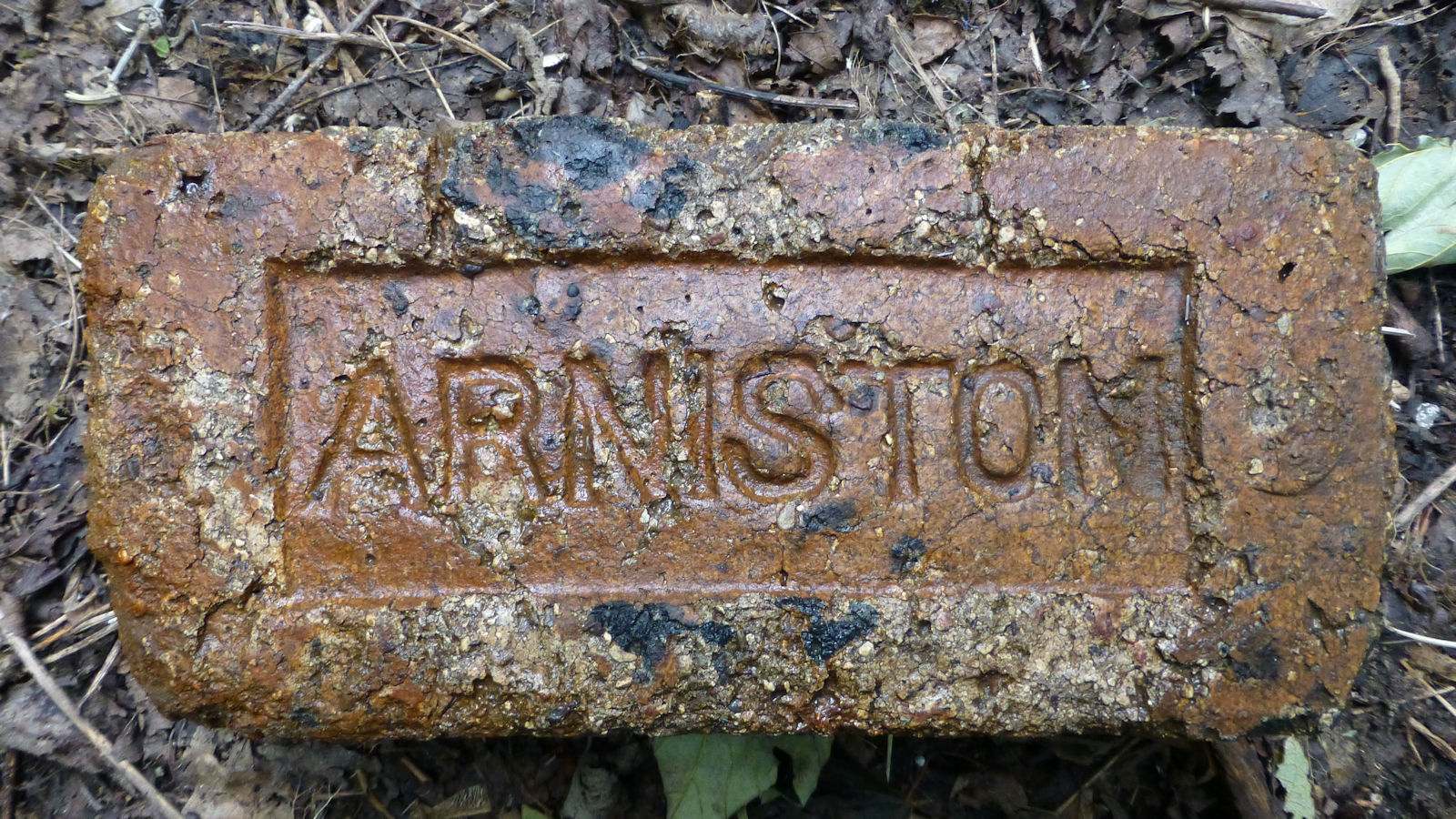 A few usefull, inventive and highly suspect terms relating to the humble brick, the secret art of brick spotting, Scottish and other brickmarks and the back-breaking space-consuming pastime of brick collecting.

Ballast brick
Brick carried on-board a ship as ballast and later sold on before returning with an alternative cargo. Ballast bricks can be from as far afield as British Columbia, the United States or elsewhere in the world. Ballast bricks can often be found associated with ship wrecks. Note that diving for brickmarks is considered rather excessive.

Brickolith
A brickolith is any brick found protruding from the ground that cannot be removed without considerable effort. They are often found embedded in concrete, waste slag or tarmac in situations where tipped rubble has been used at the coast for landfill or erosion prevention. Brickoliths always have desirable brickmarks on then, always, every time!

Bricktor scale
All bricks suffer varying degrees of wear and tear during their lifetime and this often affects the legibility of the brickmark. The Bricktor scale is used to asses how little or severe this damage may be. The scale start at BS Level 0 (pristine) and goes all the way up to BS Level 8 (totally illegible). The Bricktor scale is rarely used other than by the most dedicated of brick spotters.

Brick beach
Terms given to a beach where large quantities of bricks have been dumped, either for erosion protection, land reclamation or simple just dumped. Such locations tend to be a Mecca for brick spotters and collectors. There are two such beaches in Edinburgh, at Granton and Seafield.

Brick collecting
Same as brick spotting but with the added burden of carrying the bricks home with you to form a physical collection, which will annoy your spouse or partner, alarm the neighbours and possibly result in men in white coats taking you away. Storing bricks in the matrimonial bedroom is not recommended. Brick collecting is the extreme end of brick spotting.

Brick crumble
A brick crumble, or crumbling brick, is a brick that is so rotten and decomposed that it literally crumbles when lifted or removed from the ground. Not to be confused with rhubarb or apple crumble which is a rather delicious pudding.

Brick hammer
Small light-weight (geological or masonry) hammer carried for the express purpose of removing mortar from a brick to revel the hidden brickmark. It can also be waved about in a threatening manner to deter other brick spotters from approaching too closely. This usually occurs when a Mega-brick has been found.

Brick spotting
The exciting and oft lonely pastime of actively looking for bricks showing the manufacturer’s brickmark or stamp and recording them for posterity, usually with a digital camera. Brick spotters, when asked what they are doing, will usually say they are interested in industrial archaeology and will rarely admit to being a brick spotter.

Brick-hook
A small hand-tool used to assist with turning a brick over to reveal the brickmark. Some specialist hammers may also be brick-hooks. It is usually carried under a jacket in a special holster so as not to cause distress or alarm to the general public. A special concealed brick-hook permit is required in some countries. It is legal to carry a brick-hook in public in Scotland but only while actually brick-spotting.

Brickmark
A brickmark, also known as a brick stamp, is usually stamped into the brick during manufacture and may contain the makers name, numbers, initials or symbols. This is what all the fuss is about.

Erratic brick
An erratic brick, also sometimes referred to as an lost brick or vagrant brick, is a brick that is a long way from home. Such erratic bricks can hail from as far away as Canada or the United States. Erratic bricks are usually quite rare and much sought after. See also Ballast bricks above.

Freshie
A brick or brickmark that looks like it is fresh out of the kiln. Often found in demolition rubble where the mortar has parted cleanly from the brick, the brickmark having been protected by the mortar during the bricks life in the wall. Freshies are much sought by brick spotters and collectors the world over.

Frog
The area of the brick, usually recessed, where the brickmark or stamp is placed. The frog can be rectangular, square or a variety of other shapes. Bricks may come with or without a frog. A brick with the frog in-filled with mortar is called “a bloody b*st*rd”. Not to be confused with amphibian of the same name.

Ghost brick
Not actually a physical brick but the evidence of where a brick has been, usually in the form of an imprint of the brickmark in the mortar that was once attached to the brick. Ghost bricks are much sought after by some collectors who specialise in spotting or collecting ghost bricks. Sometimes also known as a fossil brick.

Mega-brick
A brick with an unusual or exceedingly rare brickmark. May be from foreign countries, a much desired brick mark by the brick spotter or something out of the ordinary, e.g. where the lettering on the stamp has been altered from the norm before firing by a disgruntled brick-worker.

Nameless brick
A plain brick without any makers mark, stamp or brickmark. Nameless bricks tend to congregate around bricks with rare, unusual or much sought after brickmarks, where they try to obscure said brick and its brickmark.

Niddrie, a
The name given to any half-brick. The term comes from a tough housing estate of the same name in Edinburgh, Scotland which was also the site of Niddrie Brickworks. The term “a Niddrie” was first recorded in documents relating to the Battle of Prestonpans in 1745, where thrown “Niddries” were used to great affect by the Jacobites against Government forces.

Mortar
A sand and cement mix used bond the brick together during construction of, for example, a brick wall. Mortar is the annoying grey hard stuff that usually obscures the brickmark and is often removed with much gusto.

Painted brick
A painted brick is one where the makers stamp or brickmark has been highlighted in some way to make it more visible. This may have been done with coloured glaze during manufacture or by nature, for example, by seaweed or marine creatures, or by aliens from outer space.

Permabrick
A permabrick is the term used during the winter months when the ground is frozen making turning a brick over to reveal the brickmark very difficult or almost impossible. Seasoned brick spotters and collectors will often sacrifice their flash of hot tea to free up such a brick.

Smoothie
A brick were the makers stamp or brickmark has been totally worn away thus rendering the brick practically unidentifiable, though serious brick spotters can identify a brick from a combination of material composition, surface colour, texture and taste . Usually found at the coast or along the banks of rivers. Brick spotters are not interested in smoothies unless they contain organically grown fruit.