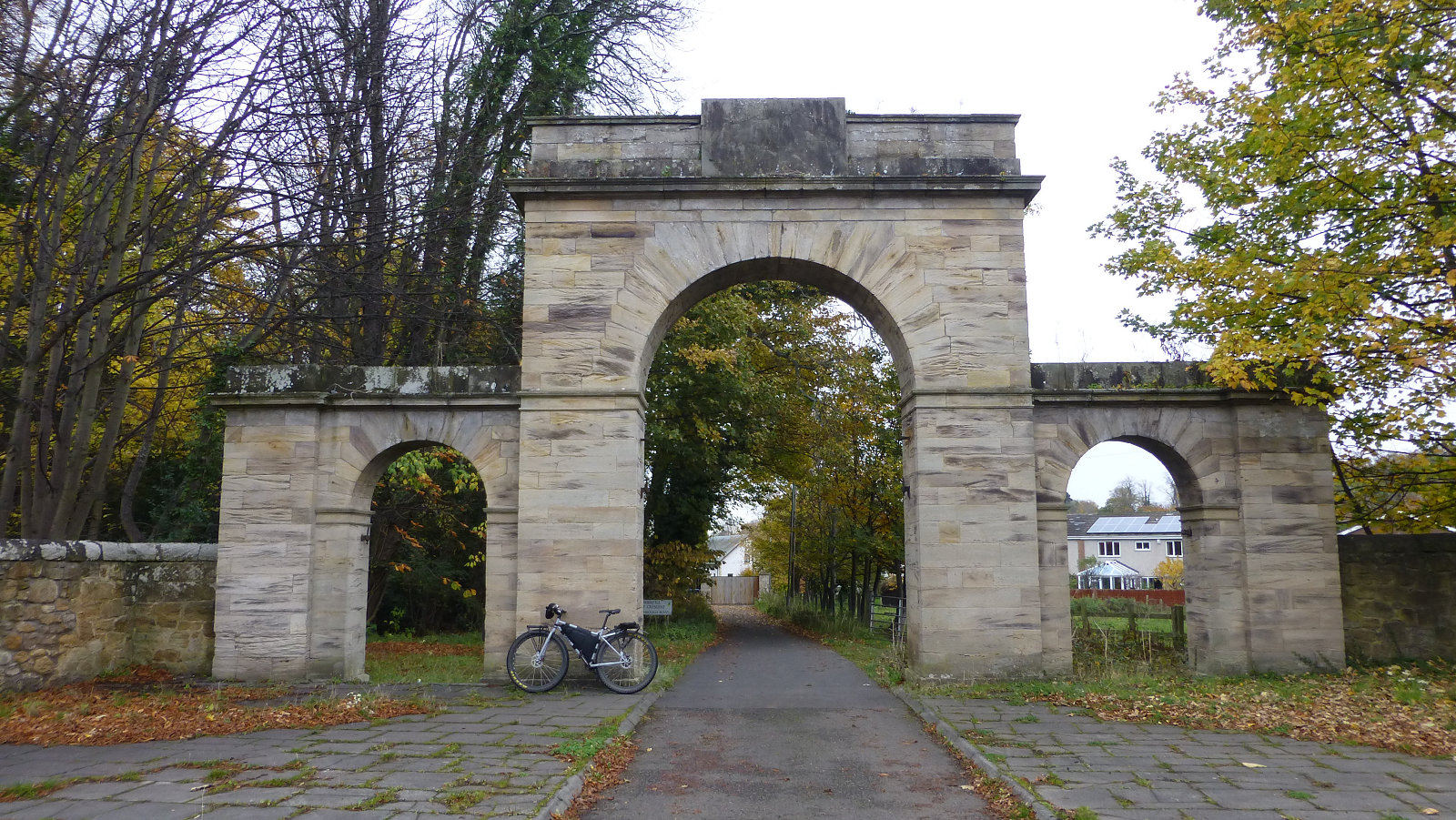 Dalkeith Country Park is a popular place to visit at weekends and during holidays, so the best time to visit for a cycle is on week-days when there are fewer people about, particularly dog walkers and horse riders, both always requiring some caution when cycling. My journey begins straight from the house, great not to have the bother of taking the bike somewhere in the car, saving the planet and all that, and an easy downhill ride on shared footpaths takes me into the grounds of Newbattle Abbey, stopping at King’s Gate, built in the honour of King George IV who visited during his Scottish tour of 1822, for a photo. Some people had plenty of money to impress folks in those days. 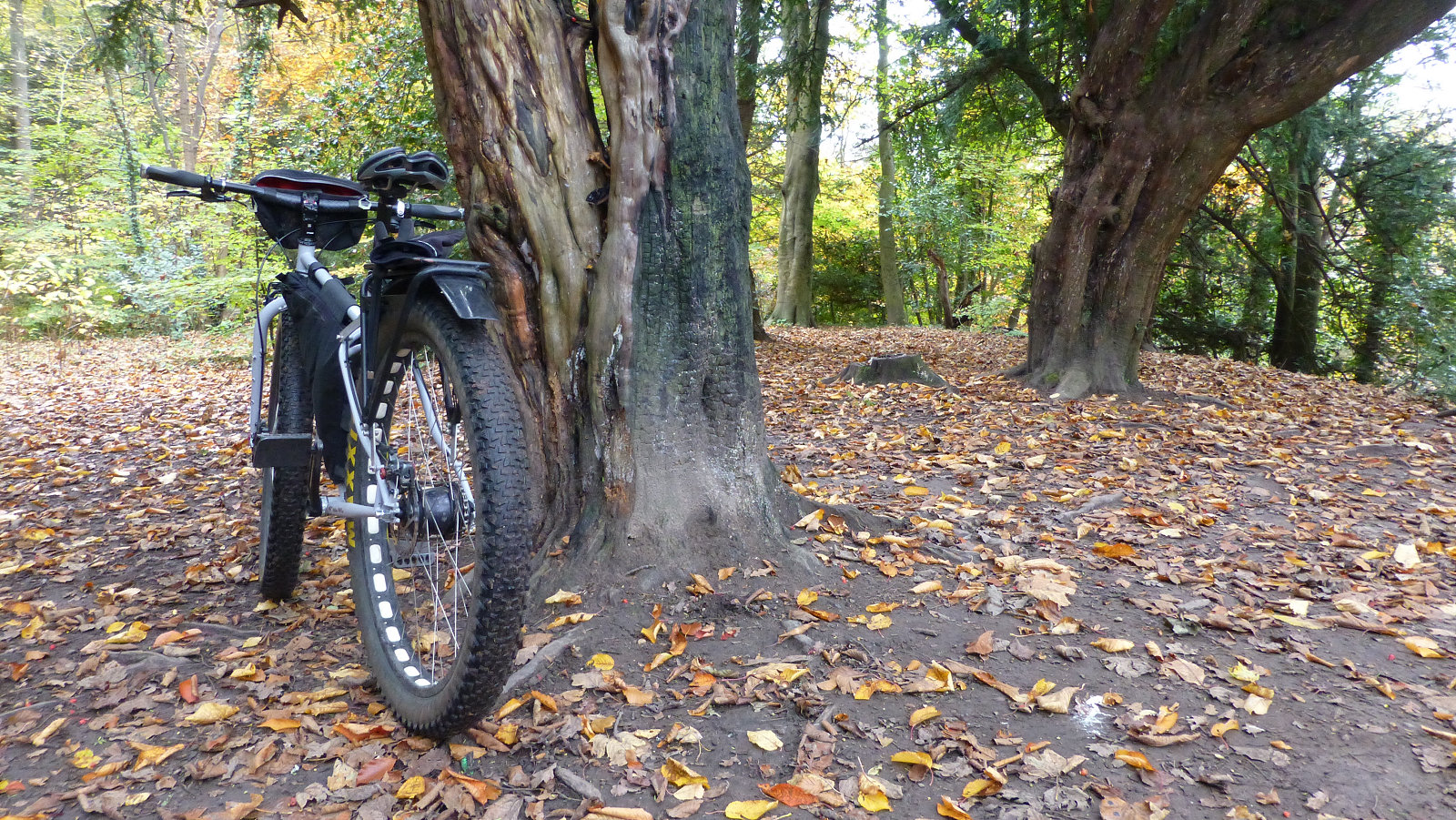 After a short tarmac stretch, it was across the B703, under another gateway and into the immediate grounds of Newbattle Abbey itself. Originally a Cistercian monastery dating back to the 12th Century and now rebuilt on various occasions as a stately home, now serving as a college for adults returning to education. Crossing the River South Esk on the recently constructed wooden bridge, known as the “Grotto Bridge” named from the grotto on the south side, my route now heads downstream on well-graded paths. The leaves on the trees are just about at their peak of Autumn colours and the trails are carpeted in shades of gold, reds and browns. 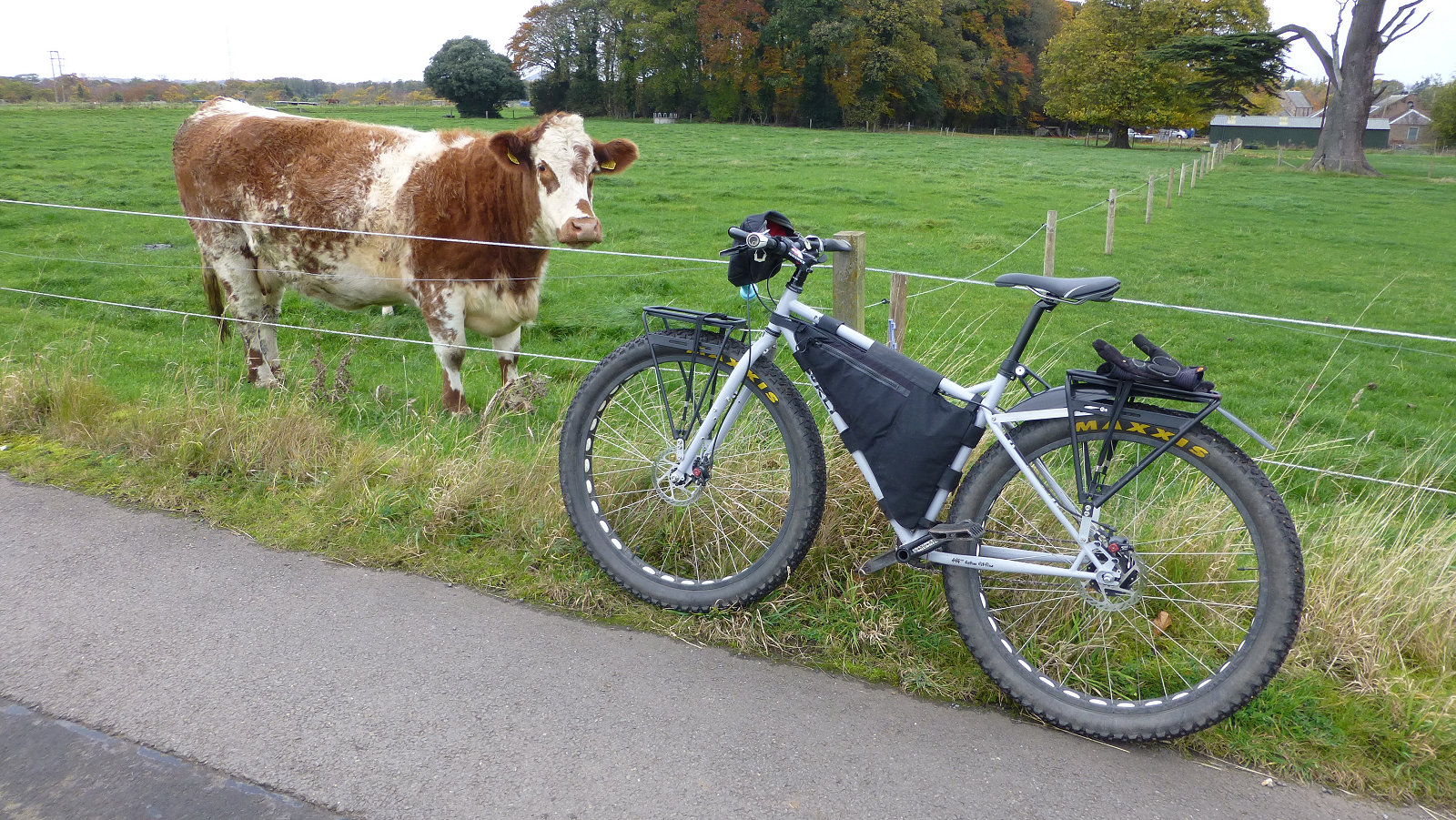 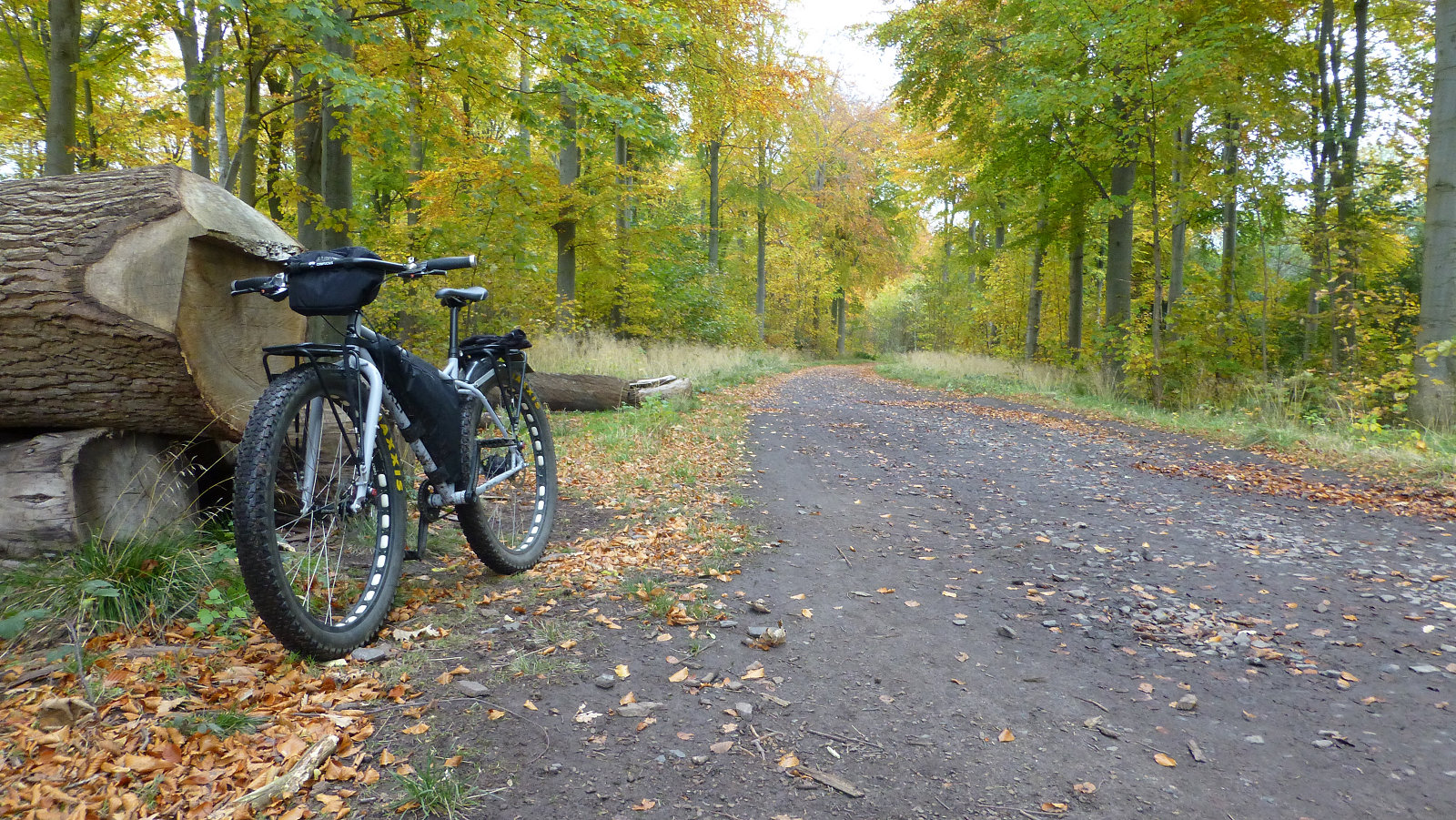 Following the river until the A6094, where I head right to join NCN Route 1 of the National Cycle Network, riding for a short distance to Smeaton, there I veer left onto a farm road, heading for the east entrance to Dalkeith Country Park. 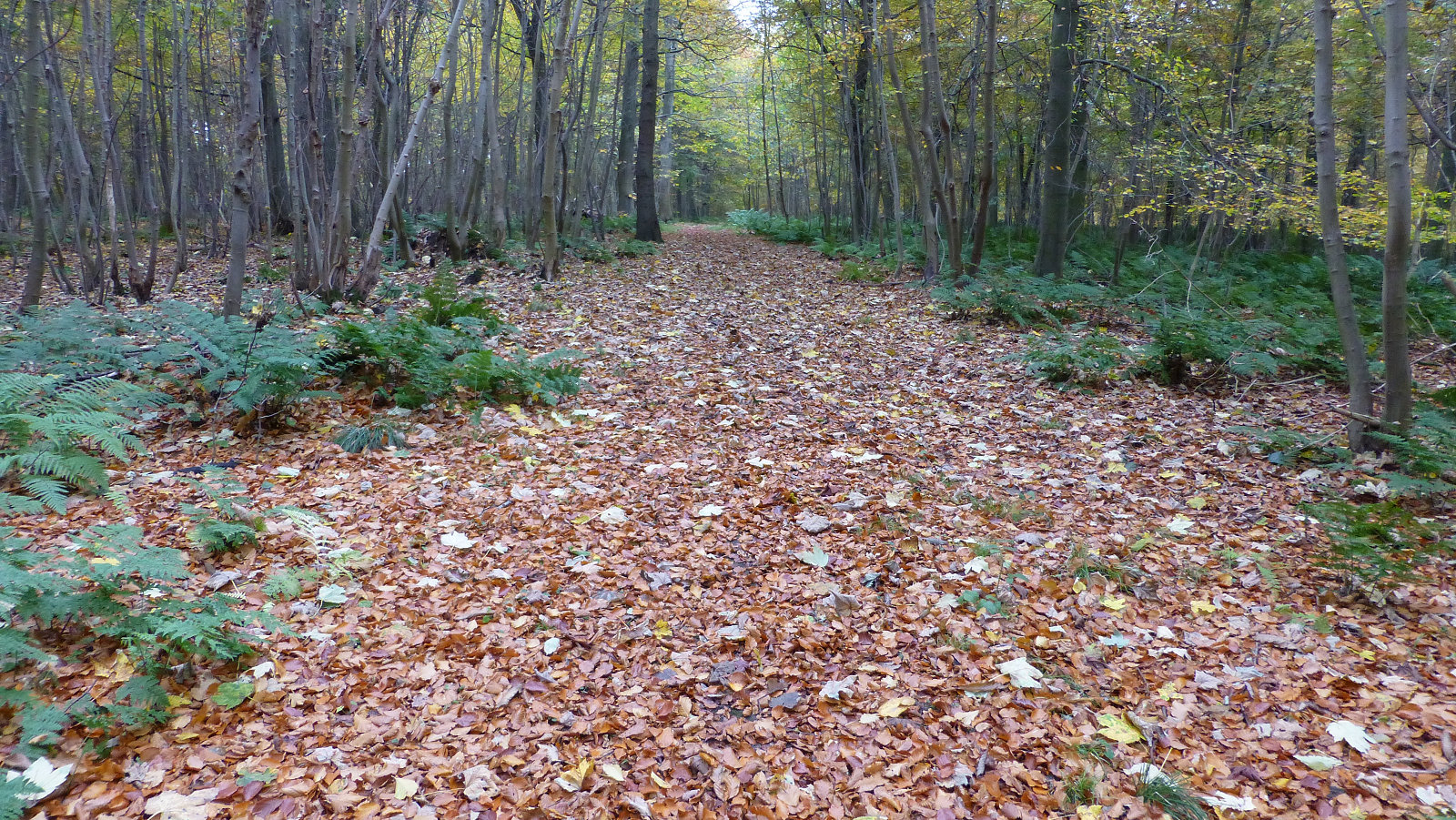 The park has a wide range of waymarked trails to follow, the green “Estate Cycle” is one recommended for cycling. Notices in the park advise cyclists not to use routes designated for walkers and horse-riders, which is fair enough, though perhaps contrary to the Scottish Access Code where all routes are equally open to all classes of use. The best thing to do is use your common sense and behave accordingly. 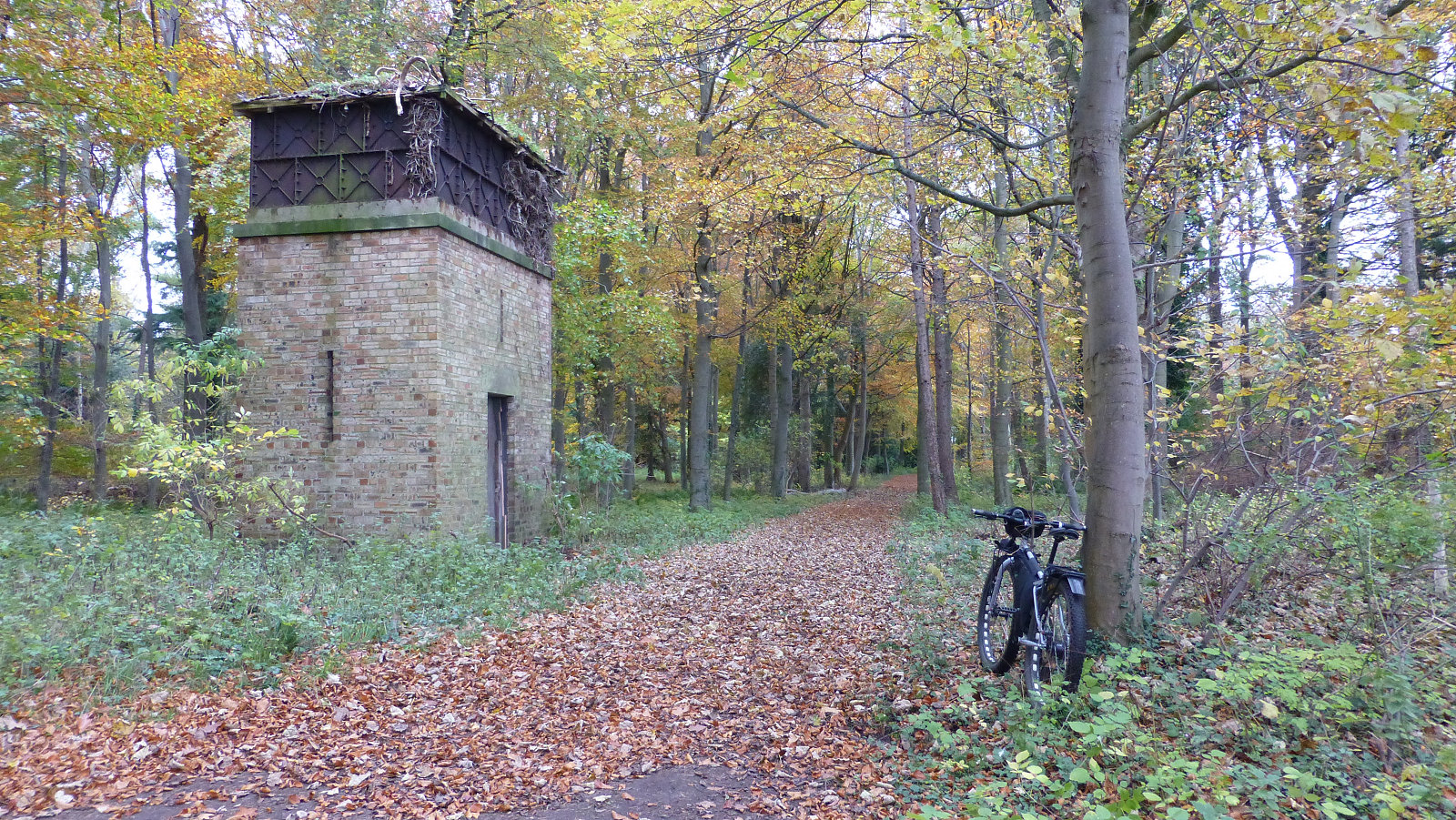 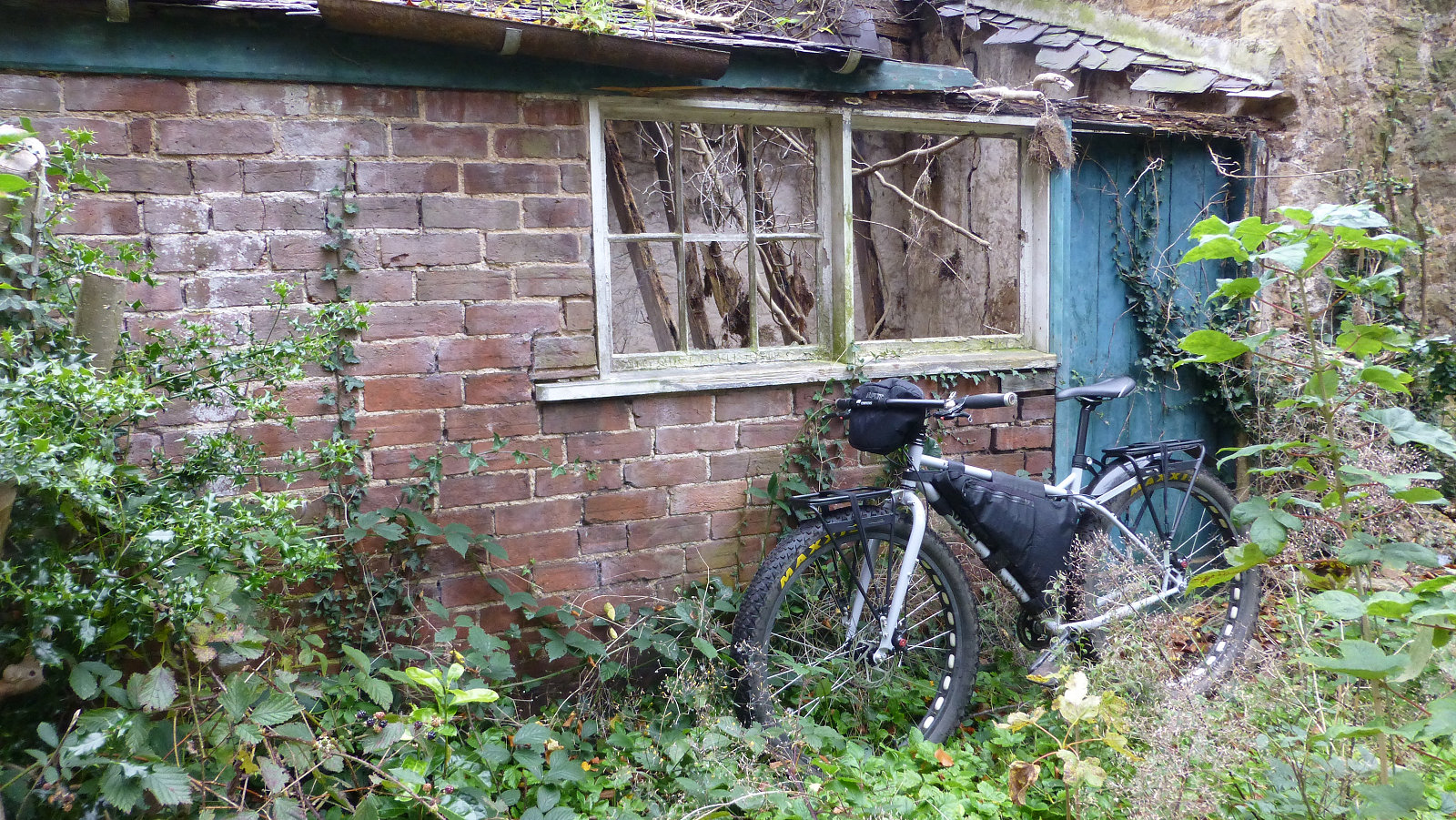 My return was via Dalkeith town centre, avoiding dozy pedestrians crossing the road without looking while using their mobile phones but soon off-road again into Kings Park, then a series of waymarked cycle routes, onto NCN 1 again which is also NCN 196 which runs all the way to Penicuik. Past the Police station, then the new Eskbank railway station and finally back across the estate and home.

This entry was posted in Cycling, Trails. Bookmark the permalink.