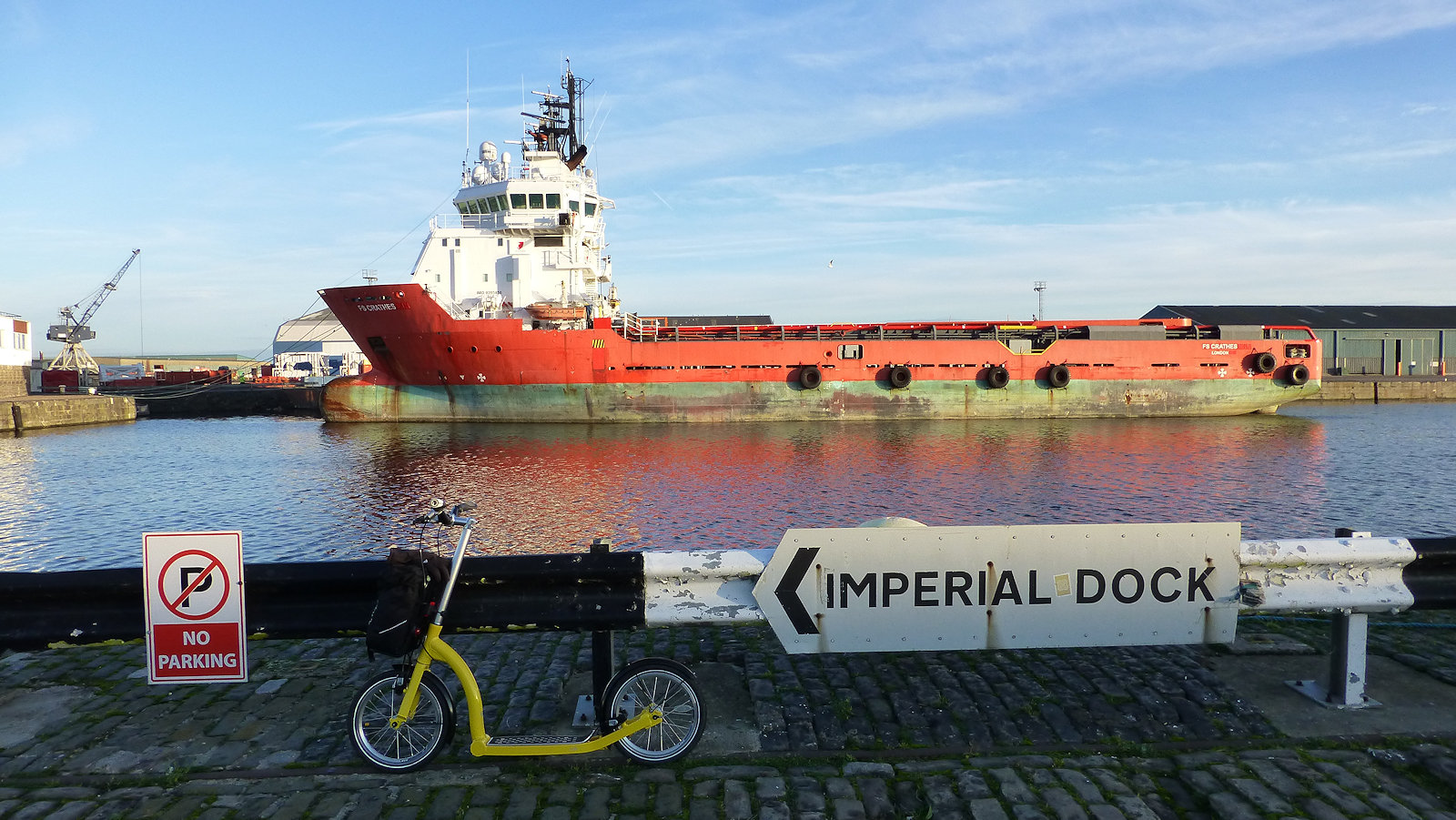 The really neat thing about flexy-time is that once you’ve build up enough hours, you get an extra day off work and that’s what I did today, a very cold Friday in mid-December. My plan was to take the Swifty Zero down to the docks area of Edinburgh and simply explore at random. 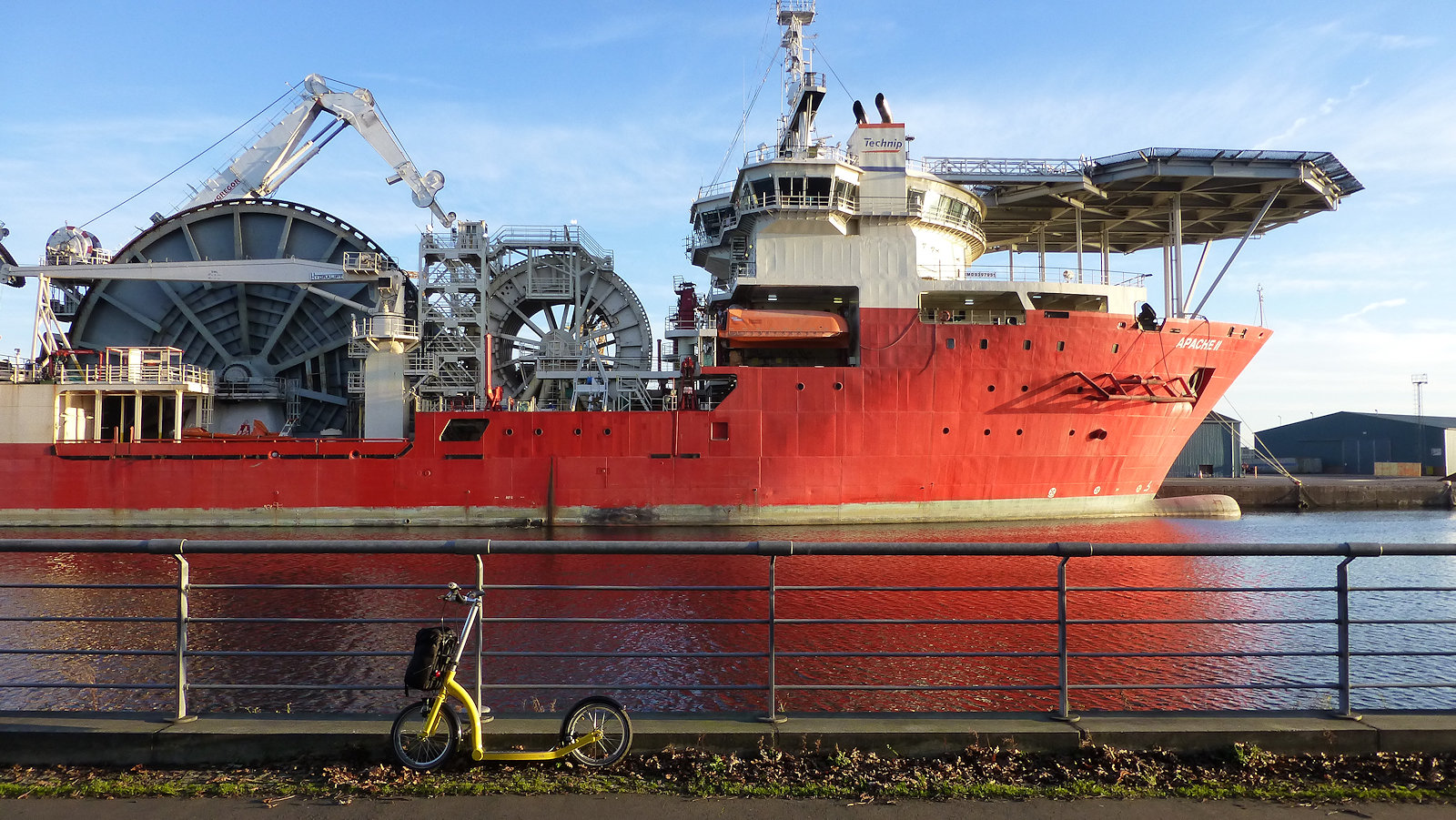 I bundled the Swifty Zero into the car, along with what seemed a silly amount of warm clothing, drove the 30 minutes or so around Edinburgh and parked on the Harry Potter sounding Salamander Street, not far from Leith Docks. It was only when I got out of the car that I realised that the silly amount of clothing I’d brought would not be so silly after all. It was bloody freezing, if you will excuse the language, with the car temperature reading showing zero degress Centigrade and a biting wind adding a significant amount of wind chill, bringing the Alpkit duck-down jacket was a good ideal. 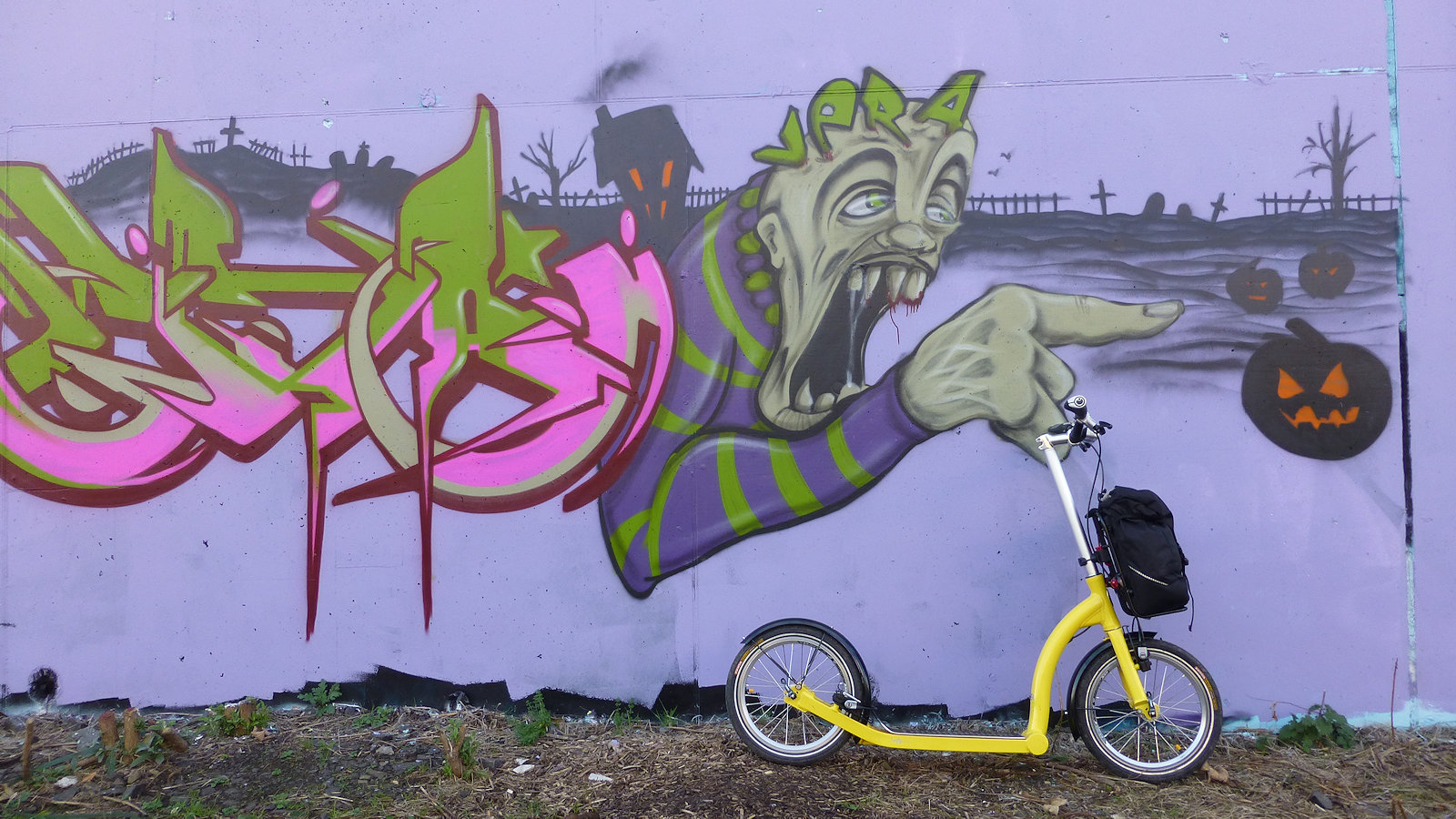 Well and trully dressed for Arctic conditions, and with spare clothing in the front pannier, I scooted along Baltic Street (very aptly named today), and turned right towards the entrance to Leith Docks, where I thought there might be a very remote possibility that I’d be able to ride the scooter around the docks. However, the amount of health and safety signs, security warnings and other stuff solely designed to keep would-be scooter riders out, suggested this was not to be. 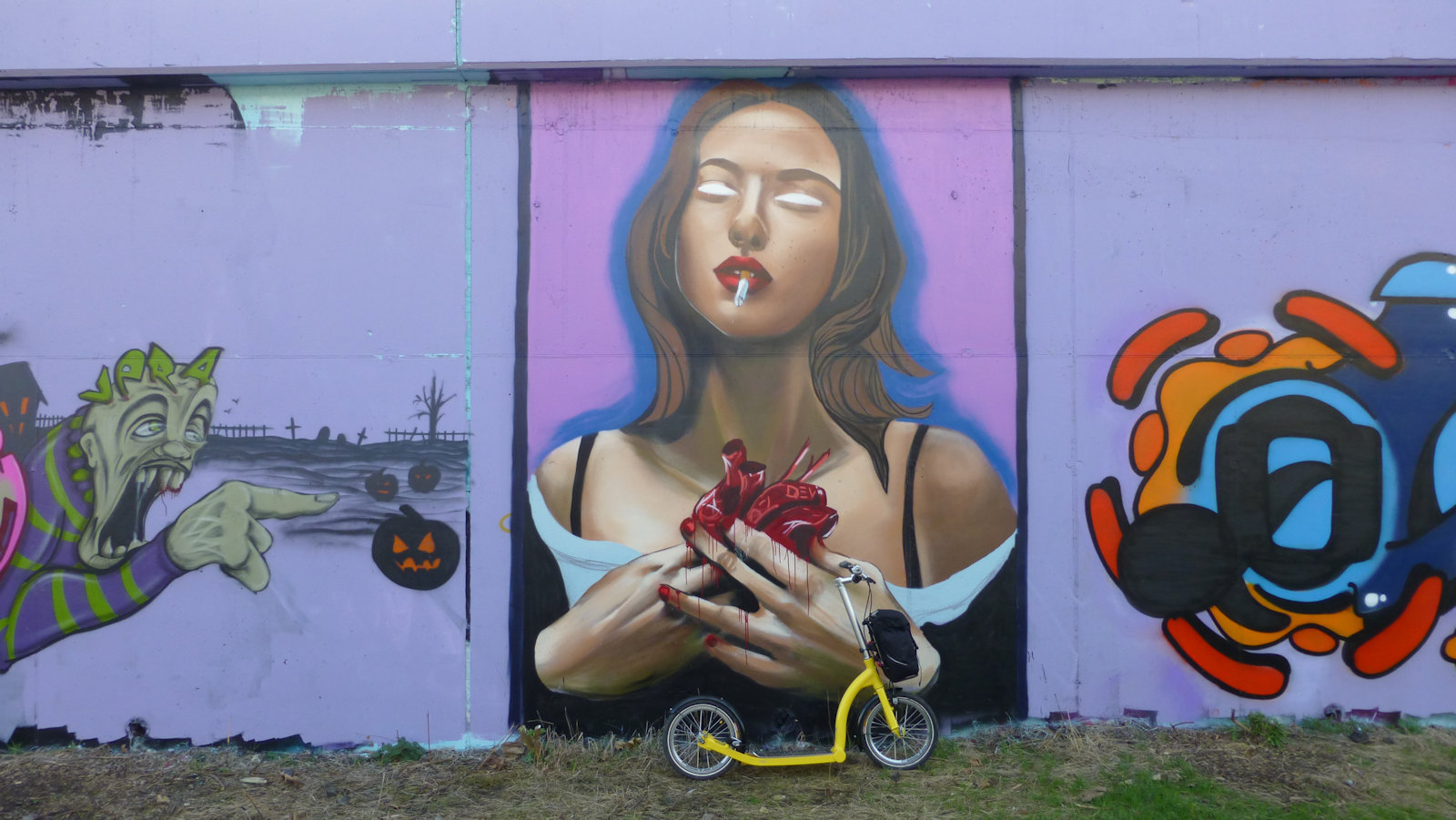 So, I decided to head along to Ocean Terminal, a large indoor shopping and cinema complex and the final mooring place of Her Majesty’s Yacht Britannia, also known as the Royal Yacht Britannia – which is actaully worth a visit, been there, done that.

En-route I was able to snap a few pictures of the Swifty with a huge oil rig support ship in the background. You can only appreciate how big these things really are when you get close. Mind you, that was nothing compared to the cable laying ship further along the dock. Next, I tried to get a picture of the Swifty with the Royal Yacht Britannia in the background but too many fences and barriers prevented this, presumably to encourage you to pay for a visit 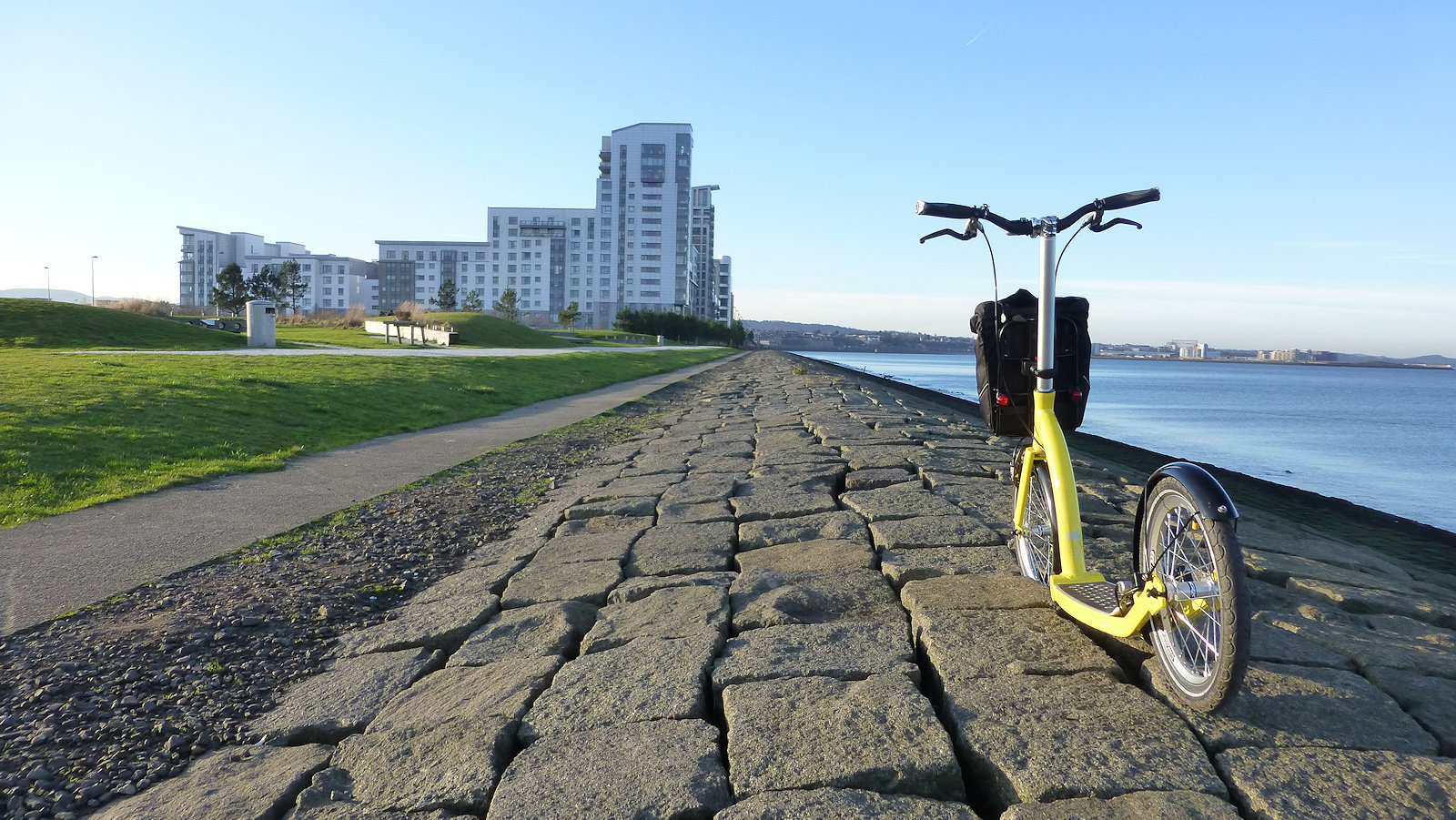 My route now followed various pavements, back streets, footpaths and cycleways along to the Newhaven area of the docks, now rapidly turning into a small city of high-rise apartment blocks, many was some amazing views over Edinburgh, the Firth of Forth and across into the Kingdom of Fife. Mind you, its a pretty exposed place with nothing to stop the prevailing westerlies pummeling down the Forth. 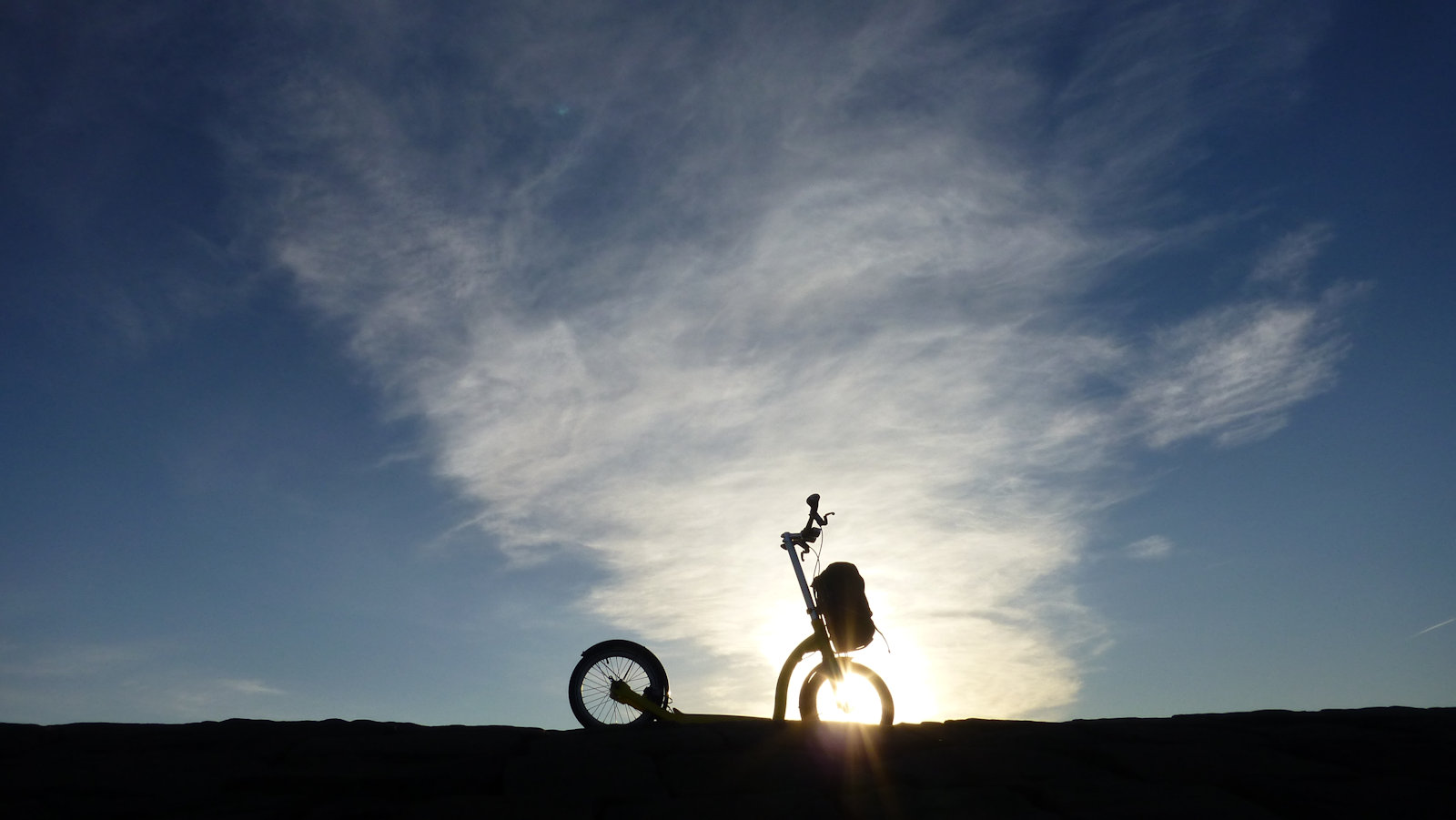 The area around Western Harbour Lighthouse offered a good photo opportunity, though I didn’t linger too long as operating the camera without gloves resulted in cold hands and numb fingers. Perhaps another visit in warmer times much be in order. 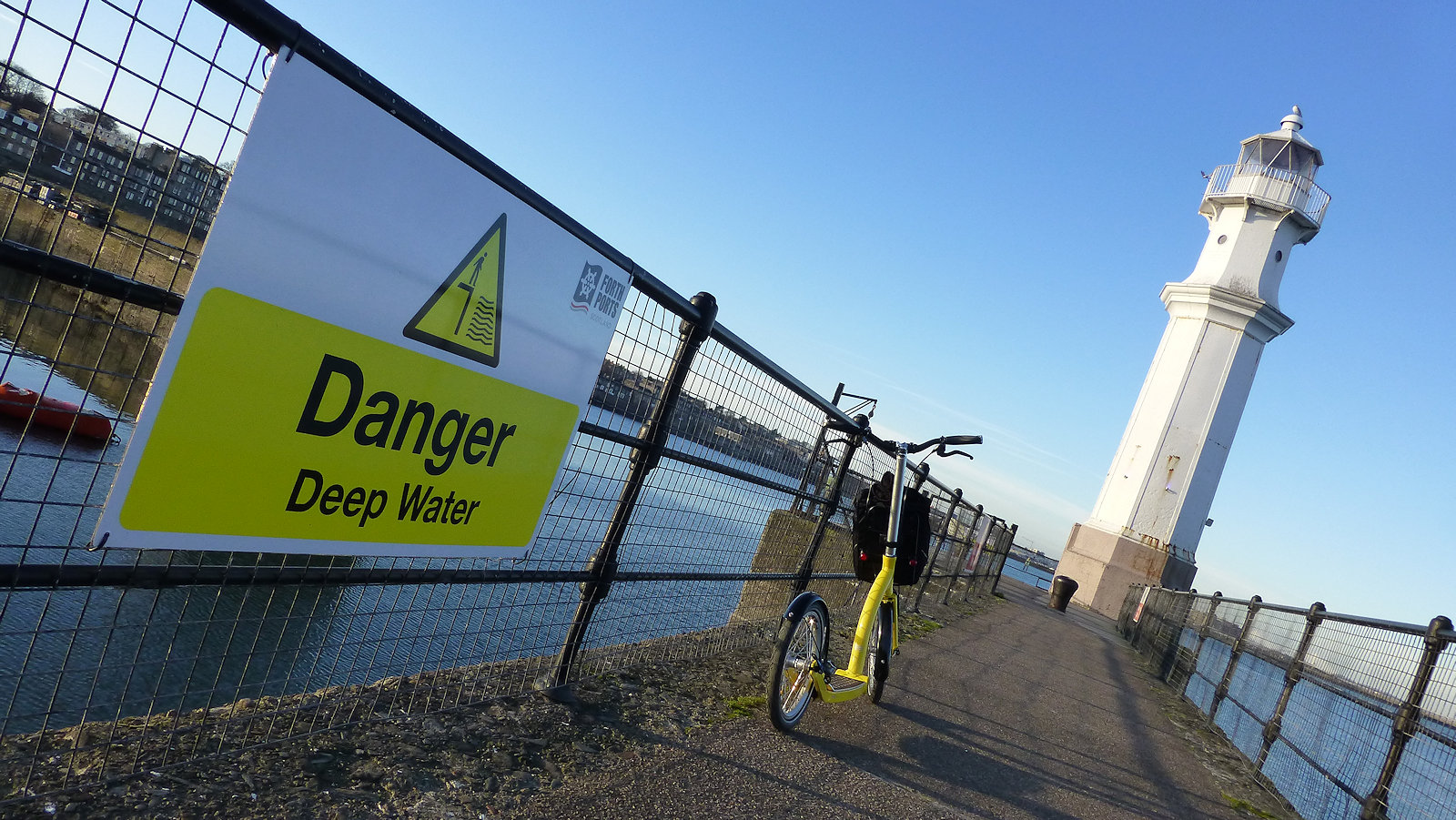 A slightly different return route brought me past a grafitti wall and another photo stop. Not sure if this is an officially sanctioned wall for artists but some of the work is quite outstanding and the lack of tagging might suggest this is the case. Then I was back at the car and out of the wind. An enjoyable if rather chilly couple of hours on the Swifty Zero and 6 miles clocked under the wheels. Not a bad day out at all.