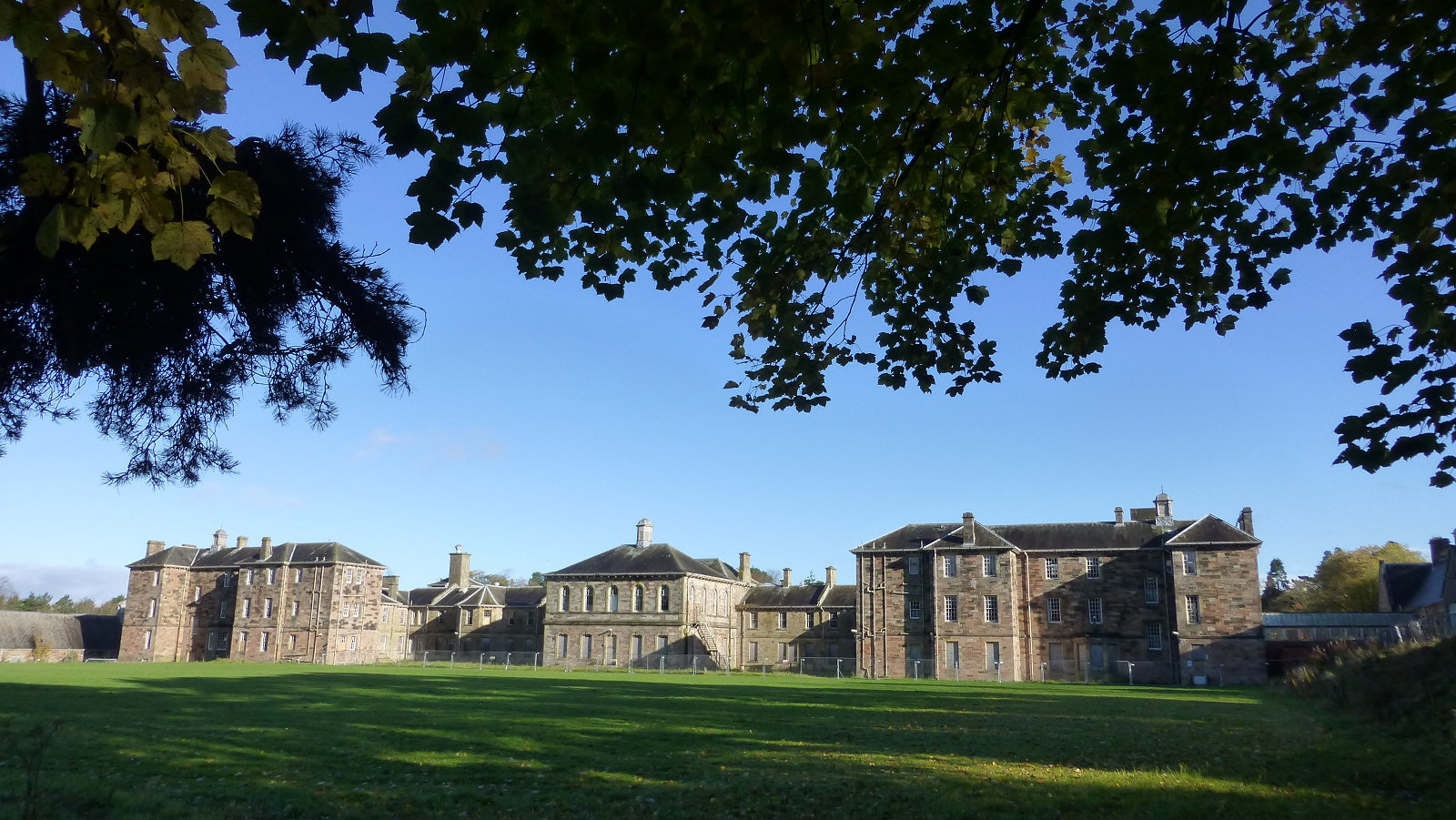 Today’s outing to the area around Rosslynlee Hospital was for a couple of reasons. The first was to look for bricks. I’d seen what looked like piles of demolition rubble, the remains of housing, on Google maps, and wanted to inspect those. There also used to be a gas works at this location, now demolished, and I wanted to check out any possible remains for bricks. The other reason was to see if an old stretch of railwayline was usable, or rather rideable, as I’m trying to create an off-road cycling route called The Grand Trail, and was researching for additional tracks and trails that might be included.

Most of the buildings at Rosslynelee are secured off with fencing but it was easy on my Surly Krampug bicycle to find a few routes that would take me around the hospital grounds to the demolition rubble I’d noted previously. 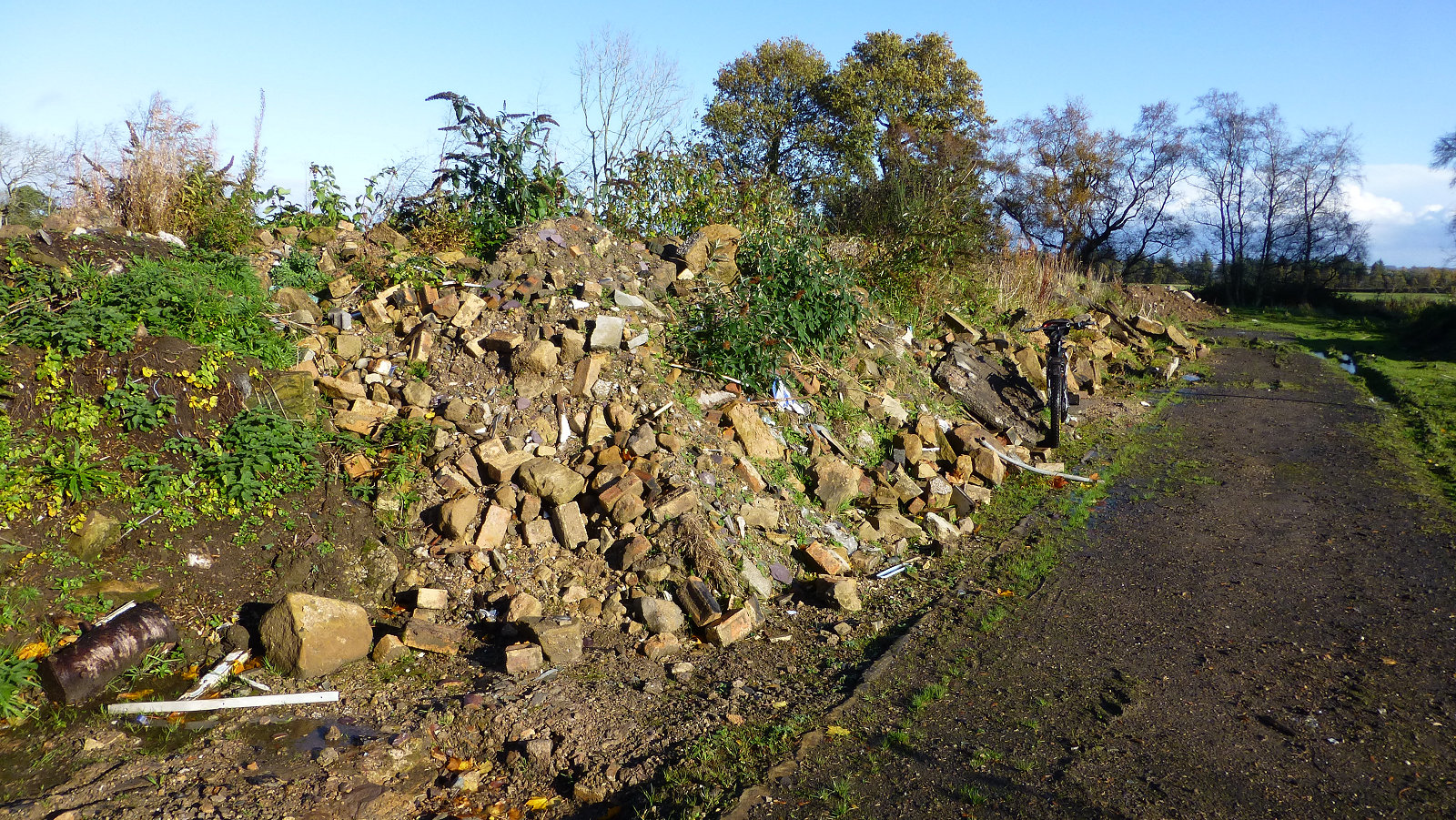 It did not take long for finds to start appearing and within 15 minutes I’d amassed a good selection of brickmarks. New additions to the collection included SHOTTS, HOOD, STEPENDS, HAILES QUARRY and a fragmented but identifiable NEWMAINS. There was a few of the more usual suspects as well including WINCHBURGH, ARNISTON, VOGRIE, DEWAR and NIDDRIE with a couple of variations on WHITEHILL.

Next, I cycled across the grounds to where the gas works used to stand and while there was evidence of a building once standing there, bricks were few and far between, although I did uncover a few NCB ROSLIN examples. The old railway line was rideable but hard going. 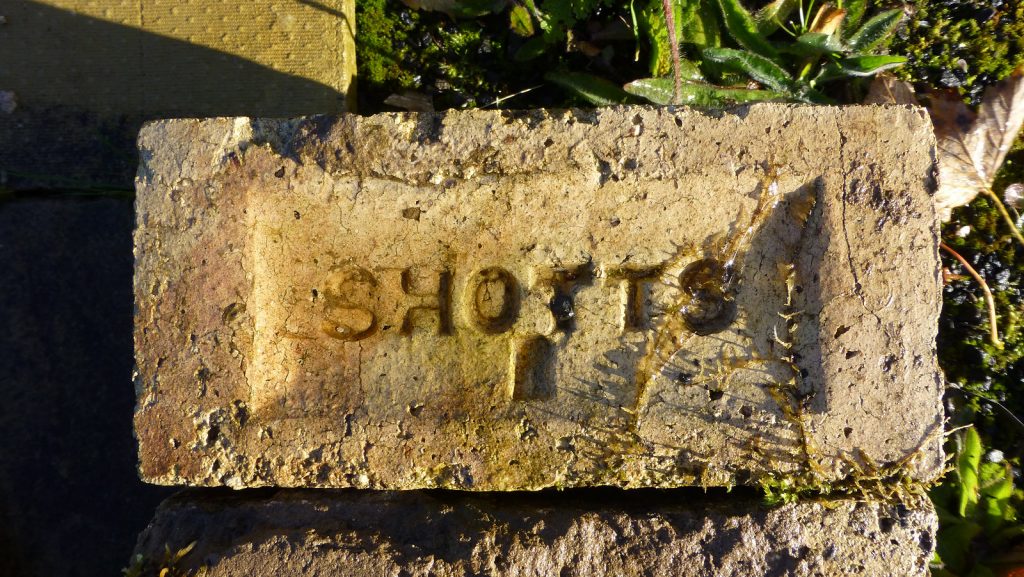 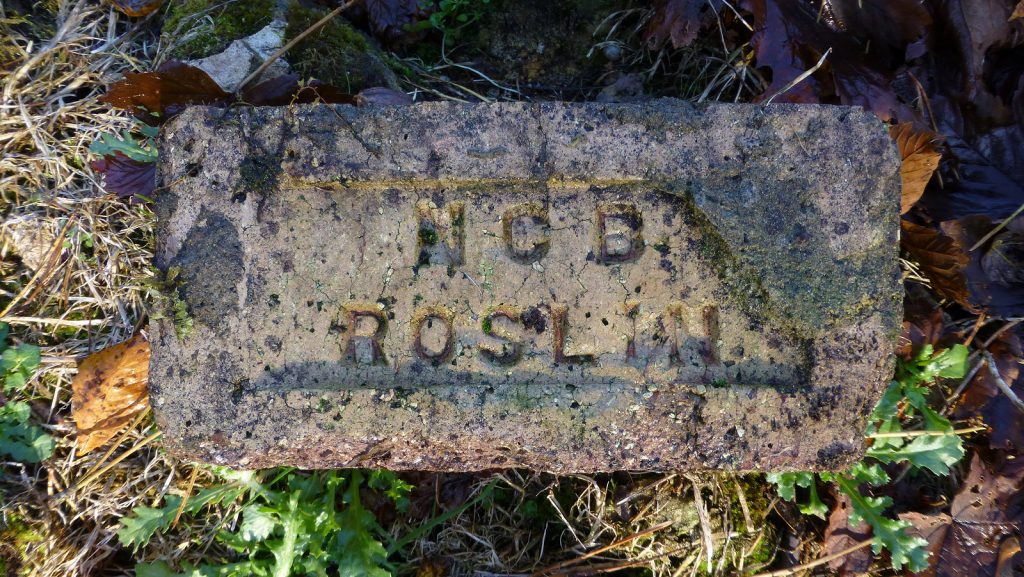 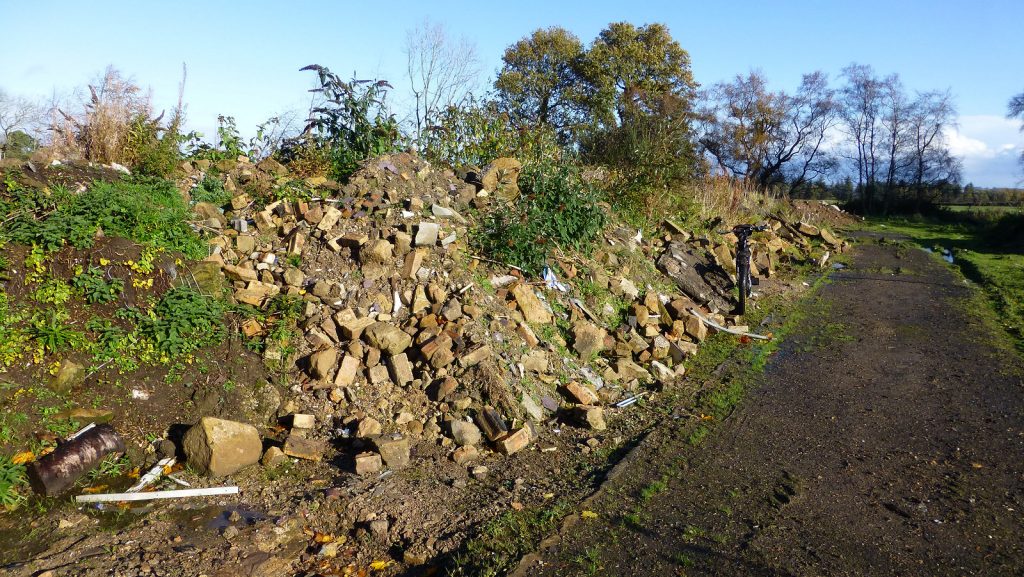 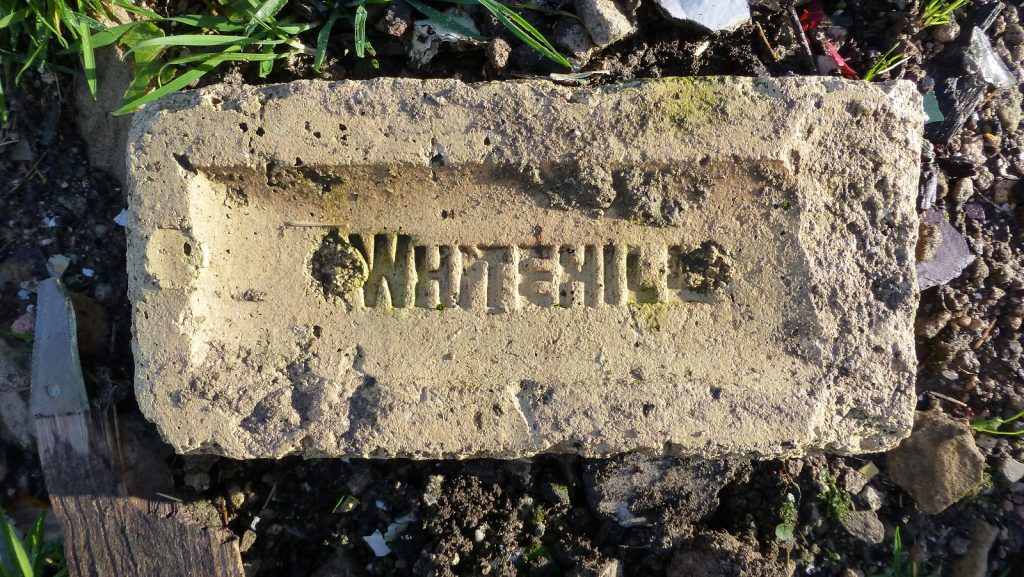 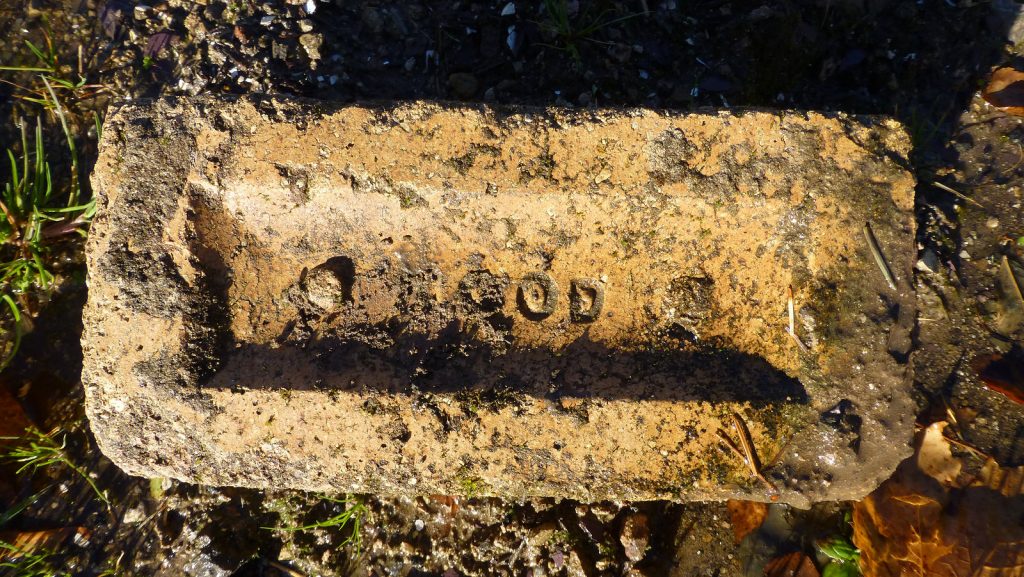 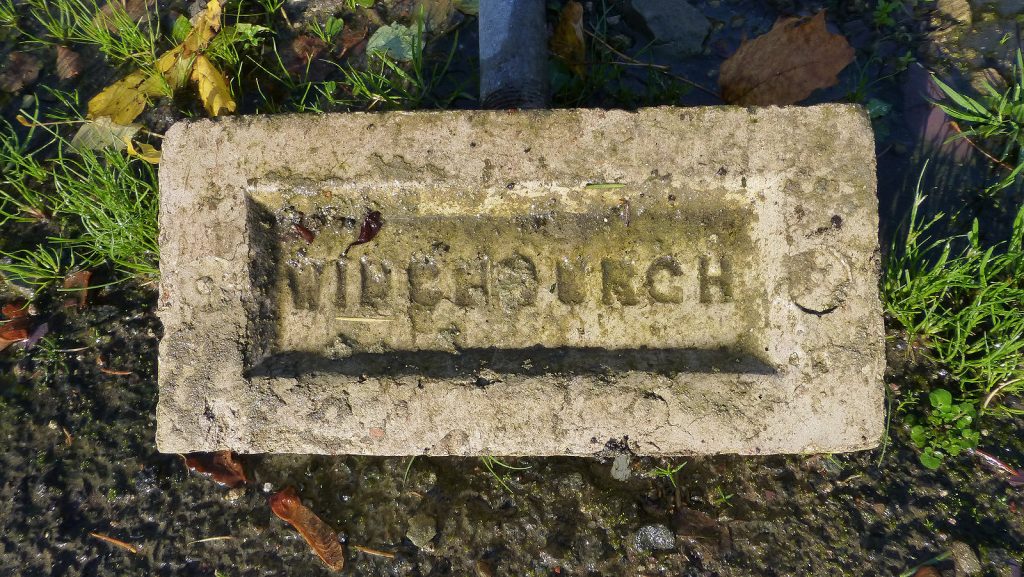 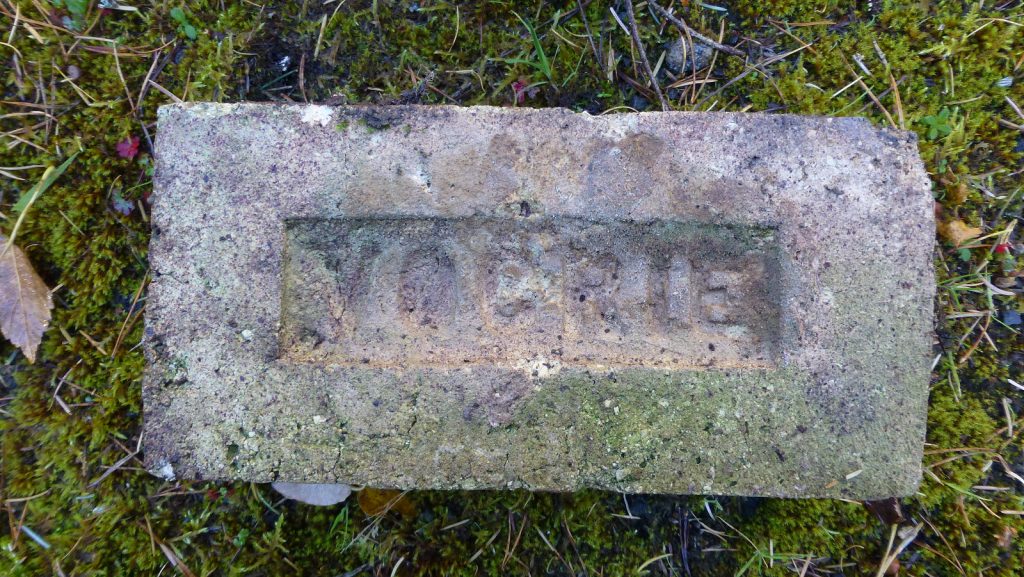 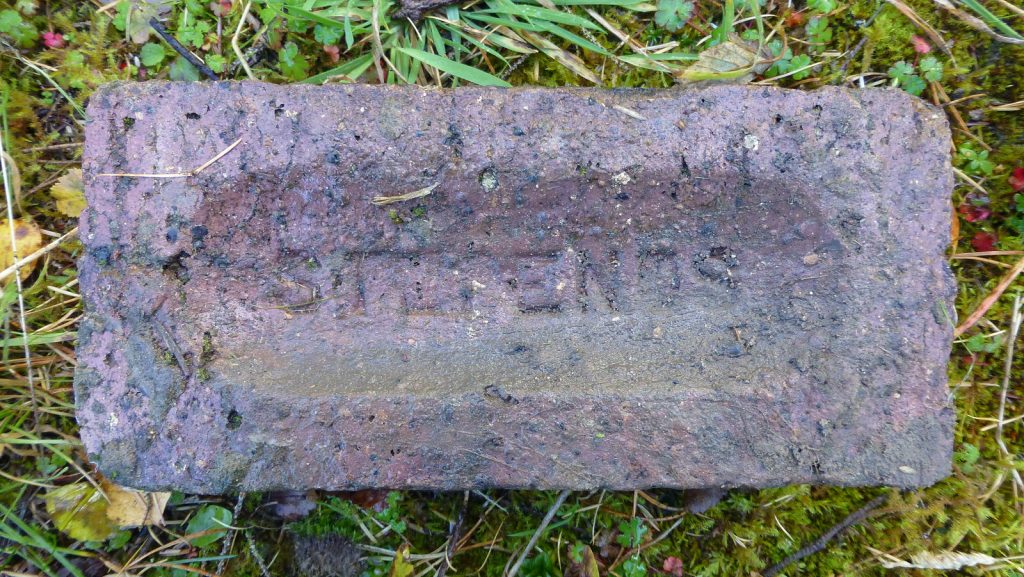 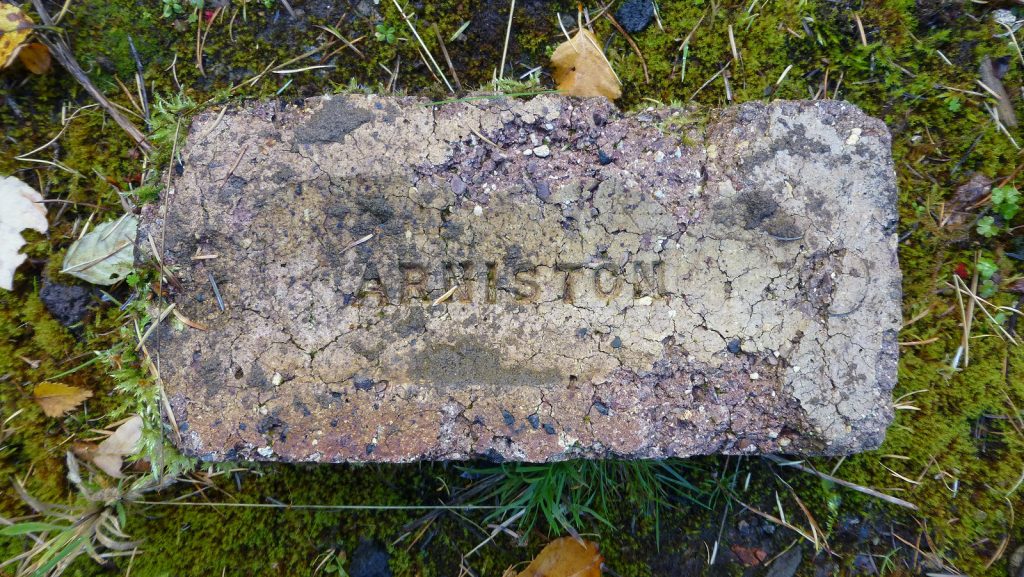 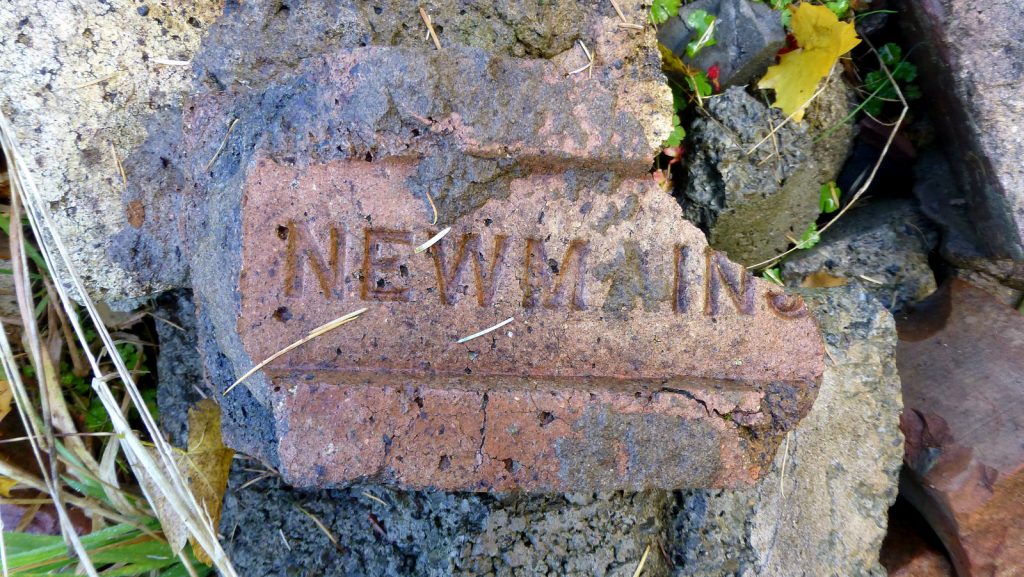 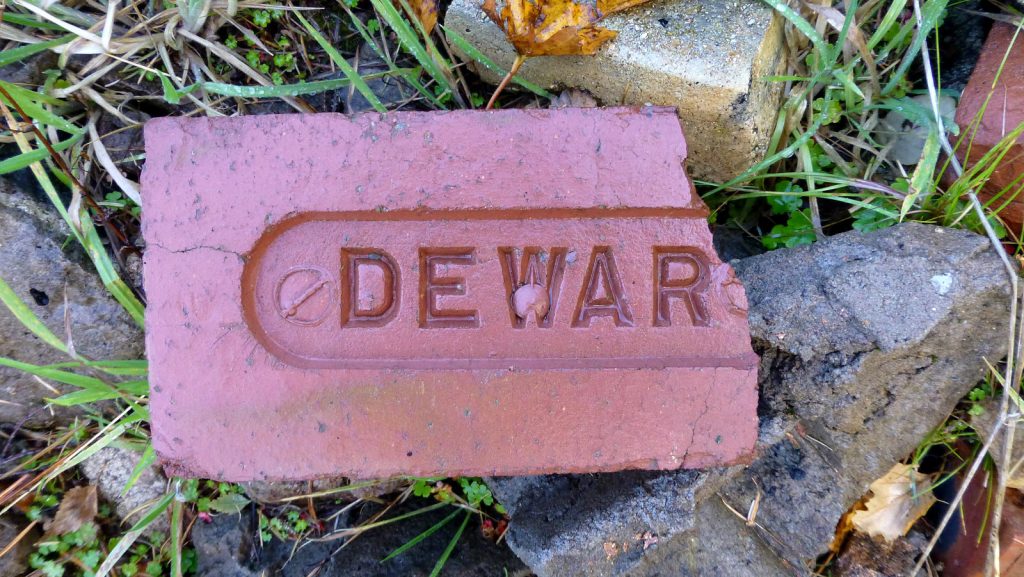 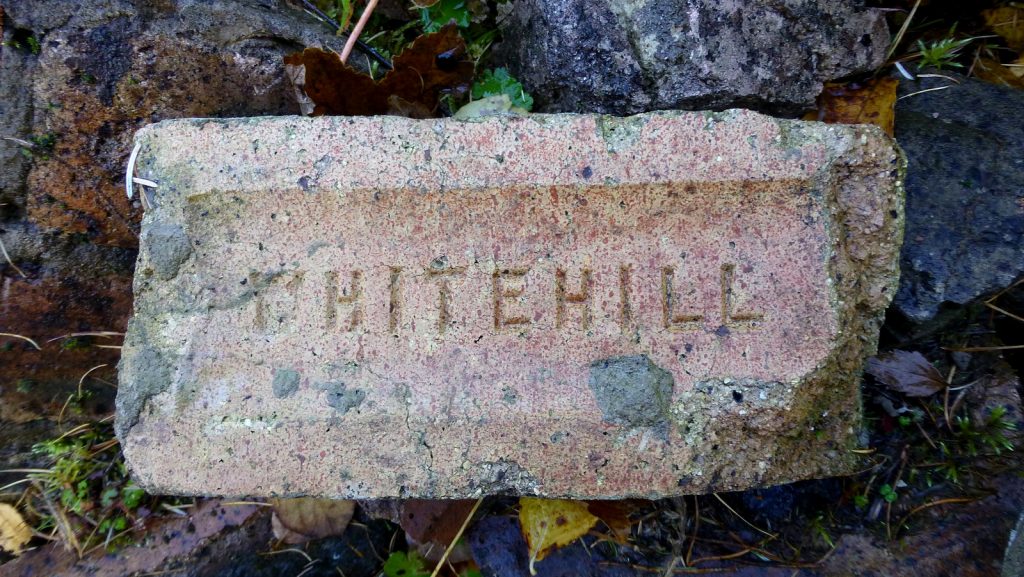 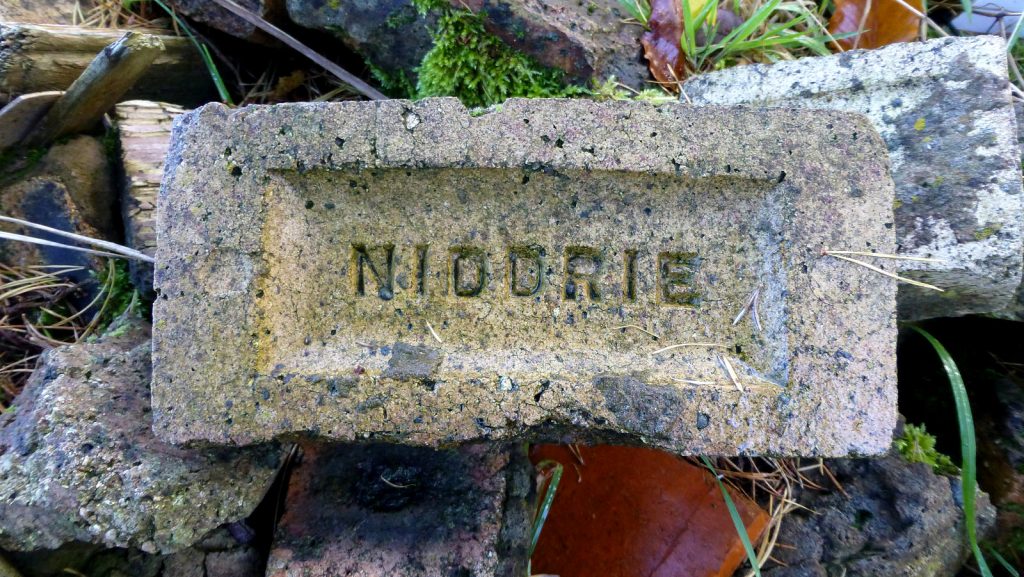 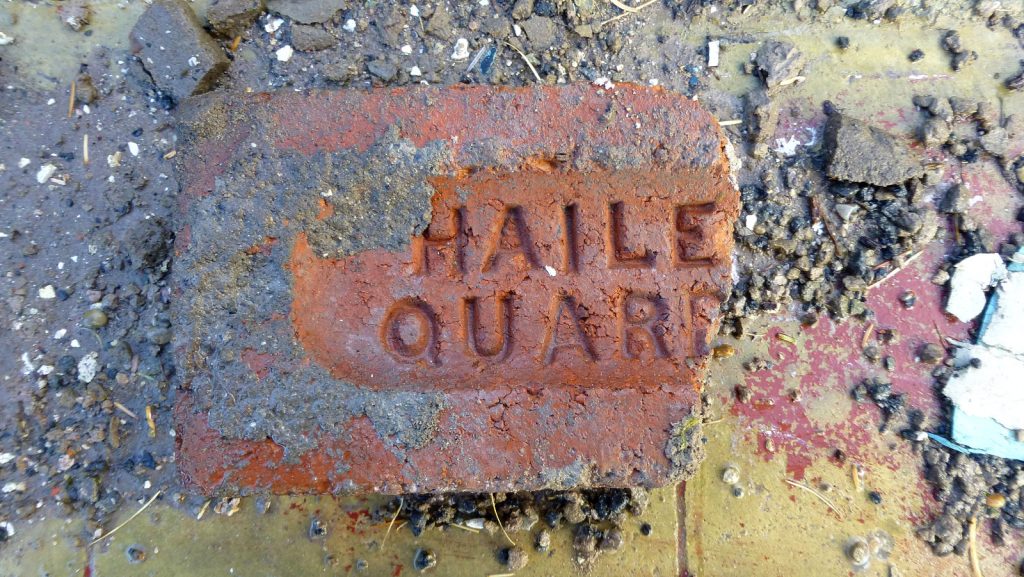