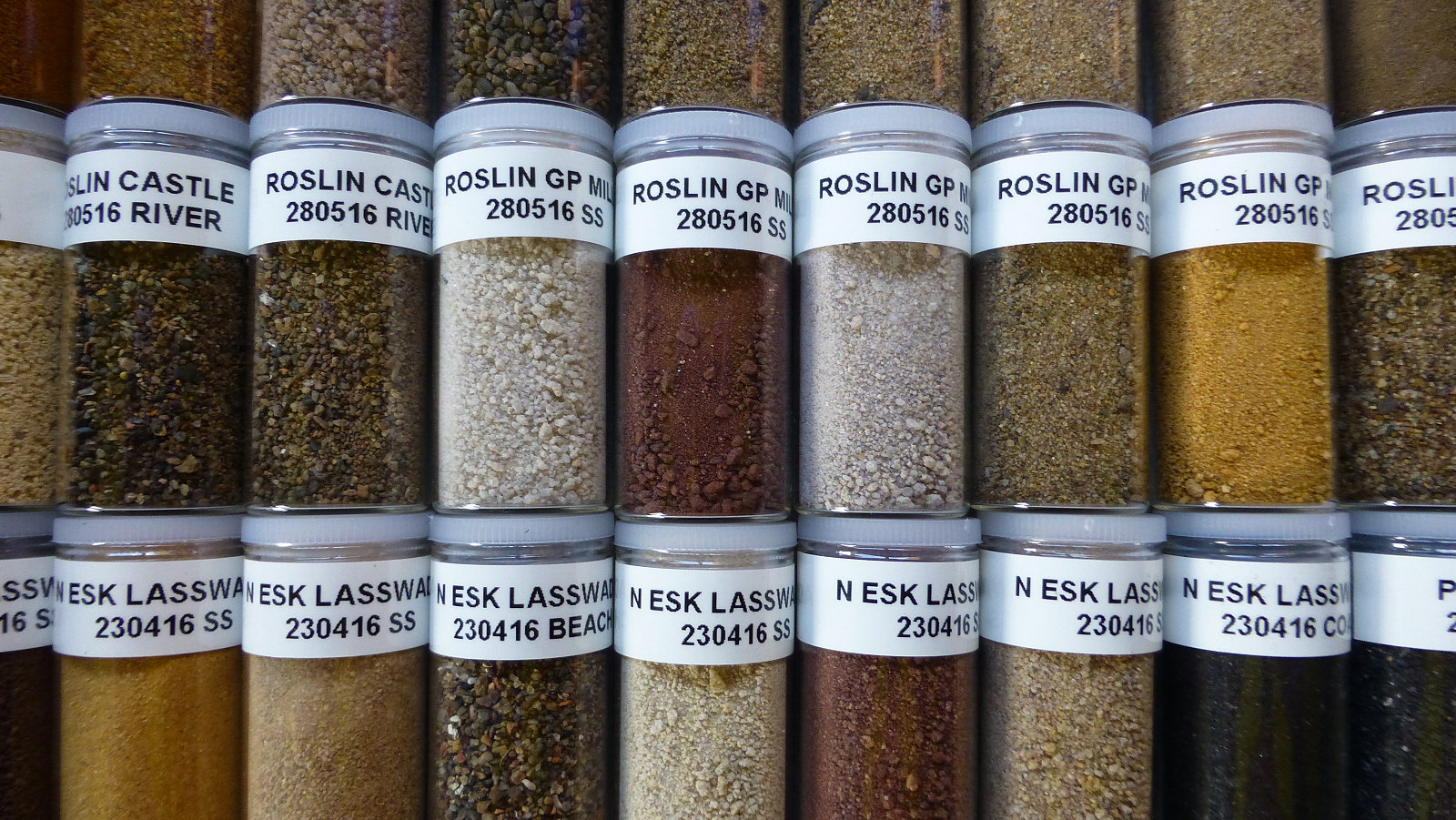 When I first started collecting sand back in 2015, my original idea was to limit my collecting to sand, sand and nothing else but sand. However, it did not take me long to discover that there was a plentiful supply of similar and equally interesting sand-like materials available for collecting as well, namely clay, silt, soil and even mud.

This discovery came about during a number of visits to local sand and gravel pits, and also to some glacial till exposures at the coast, where fresh exposures into the surrounding deposits revealed layer upon layer of different coloured bands consisting of alternating soils, sands, silts and colourful clays. It did not take for me long to decide that these would also form part of my so-called “sand collection” despite they not being sand in the proper sense.
At many sites I’ve visited, particularly where a river or the sea has cut its way into an older glacial landscape, bands of clay and silt are often plentiful with a wide range of colours equalling those of the sand and sandstone I’ve also collected. All shades of yellow, orange, red and brown are common with the occasional greys, greens and even black popping up when least expected. Such clays are usually wet and very, very sticky, often needing a bit of work with the trowel to free up a decent clean sample. They also need to be dried out, crushed and sieved before storage and display.

By not restricting your collecting to simply sand, you are then able to collect from a much wider range of habitats and locations, particularly places where water erosion has taken place, for example, low-lying areas of arable land after heavy rains. Indeed, once you become more familiar with where to find such locations, you will more than not, also come across sand as well.

The processing of clays and silt is much the same as sand. The one difference is that clays can often be rock hard after drying and need to be crushed. The best way to do this is to place the sample inside a heavy gauge polythene bag and carefully smash with a hammer, followed by sieving to remove the larger particles. I find that an old tea-strainer or flour sieve is ideal. The resulting sample is often a very fine powder which can be difficult to pour into your display container. Wearing a dust mask is recommended.

My own “sand” collection is intermixed with samples of clay, soil, mud and silts as well as numerous samples of crushed sandstone and other similar sedimentary rocks such a coal, shale and chalk. I would estimate that approximately one quarter of my collection consists of these materials. Purists might suggest that this is not true sand-collecting but the resulting range of colours and textures is quite outstanding and well worth the effort.