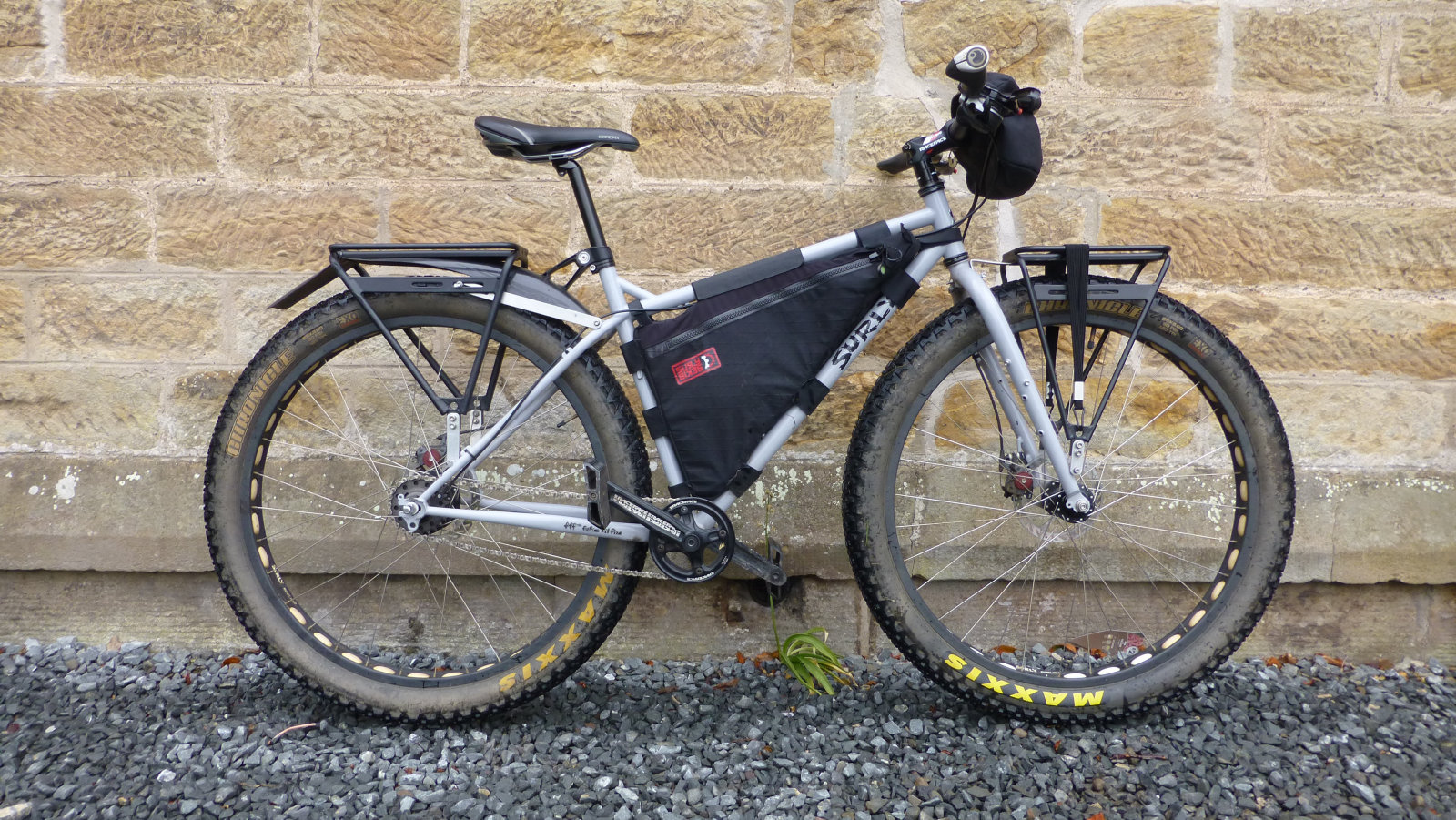 Let me start off this page by firstly stating that you will not find a Surly Krampug available for sale on Surly’s website, it has never existed as a specific for-sale model. It’s actually a mash between two different models, the Pugsley and the Krampus. My Krampug came into existence when Surly, in early 2017, decided to cease production of the Surly Pugsley frame and I was so alarmed that I decided to purchase a spare frame while I could (Surly later brought out the Pugsley 2.0 frame which was double of cost of the previous model, which is just crazy). Actually finding a new frame took a bit of searching online but I eventually found one in Germany. Of course, when I had the naked frame sitting in the Man Cave, I just had to do something with it, so the Krampug came into being.

The Krampug is essentially a Surly Pugsley with the wheelset of the Surly Krampus. These are based on 29″ x 2″ wide Surly Rabbit Hole rim fitted with 3″ wide tyres, slightly smaller than the 3.8″ of the Pugsley. It’s the ideal bike for cross-country, particularly stubble fields and the gravel access roads you get in forestry plantatons and the access roads to wind farms. There is a good choice of tyres available and I opted for Maxxis Chronicle 29″ which offer comfort and plenty of grip.

The remainder of the build is much the same as the Surly Pugsley with the exception of the front and rear racks which are Old Man Mountain Sherpa models, as the Cold Springs model has been discontinued. No mudguards are fitted to the Krampug as the racks and frame bag do a reasonable job of keeping me clean. Other than that much the same.

Of the three bikes in my stable, the Krampug tends to get used the most. The Pugsley is the bike for winter snow conditions, all-year-round beach riding and the soft wet terrain found up in the hills of the Southern Uplands, while the Ogre is kept for mostly urban routes such as cycle paths and the like, though it is quite capable of cross-country work after a change to knobbly tyres. For everything else, it’s the Krampus.