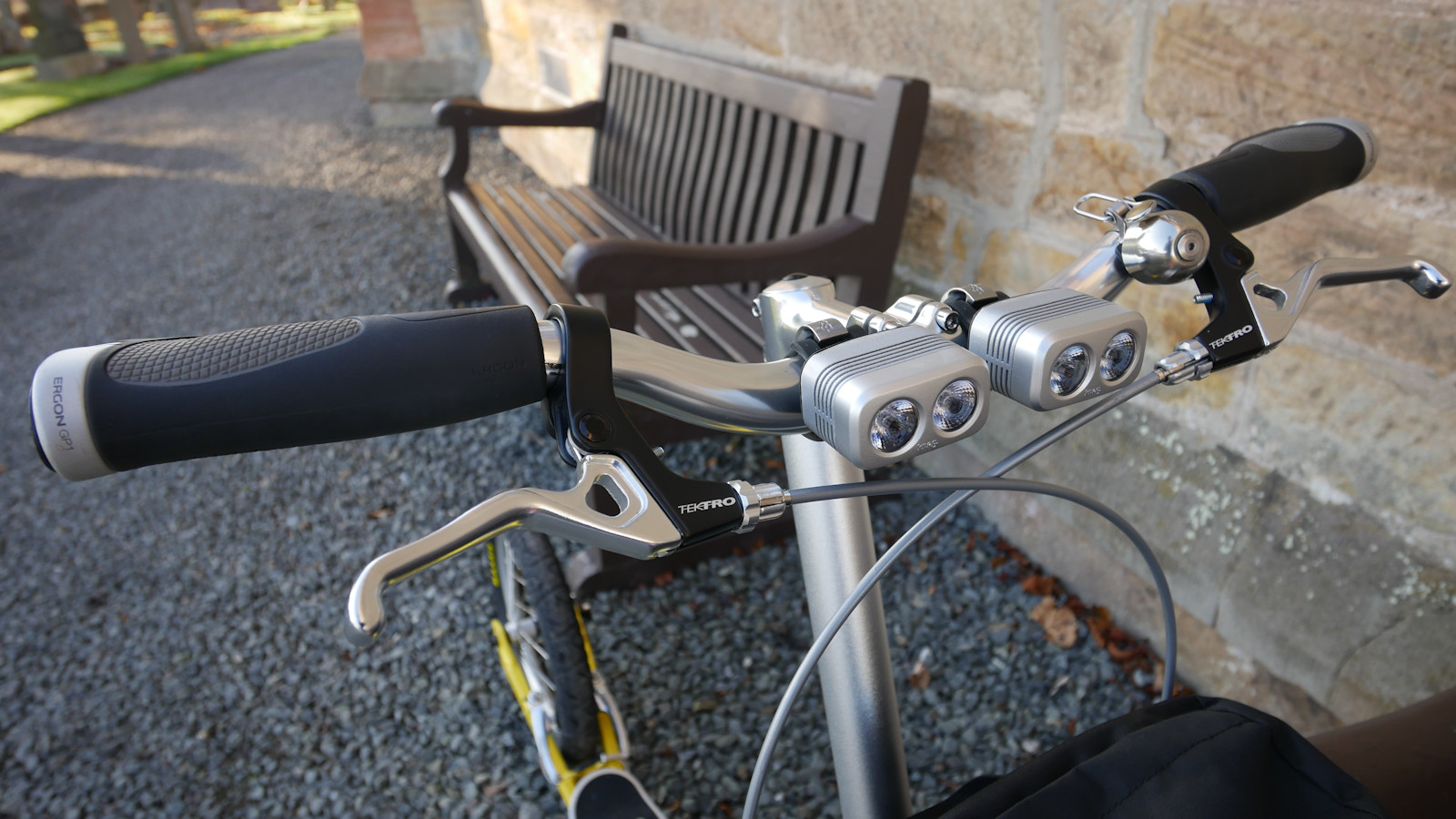 My Swifty Zero, and also my Swifty Air, straight out of the box work fine and kick scooting is a delight. However, I’m one of the people who just cannot stop themselves from tinkering, adding, removing, improving, occasionally making things worse. I do this with all by bicycles, my Surly Pugsley fat bike, my Surly Krampug dirt trails bike and my Surly Ogre general purpose bike. I built each of them myself and yet I still tinker with them. The same is coming true of my Swifty scooters.

Wheels
First thing to be changed were the wheels. The original sets on both scooters were retired and replaced with Remerx Dragon Line 719 quick release wheels bought from Swifty Scooters. This first set was for the original standard road tyres as fitted to the scooter. A second set of wheels was also purchased, this time along with a pair of the fatter Maxxis Hookworm tyres and installed on the Swifty Air. Puncture sealant was installed in all inner tubes.

Handlebars
For my next modificatiosn we move up to the handlebars. First task here was to fit a small bell, a £10 clone of the over-priced £50 Spurcycle bell to both scooters. Next, was to remove the handlebar grips and replace them with a pair of Ergon GP1 grips, of the type favoured on all my bicycles. I find the flat surface much more comfortable. The handlebar height on the Swifty Air was raised a little by replacing the handlebar stem.

Lighting
Finale mod, at least for a while, was to mount a couple of lights on the handlebars.  For night-time cycling I use a pair of Magicshine MJ-872 1600 lumen LED lights but they have rather large battery packs and I wanted something smaller and neater for the Swifty. Again, the Internet provided the answer in the form of two Knog Blinder Road 400 lumen lights. I decided on these due to their compact design, different mode options including strobe and 8.5 hours duration on the lowest setting, which is actually more than adequate for scooting. Rear lights are Adventure Lights with two red Expedition Lights mounted on the Rixen and Kaul Vario Rack.