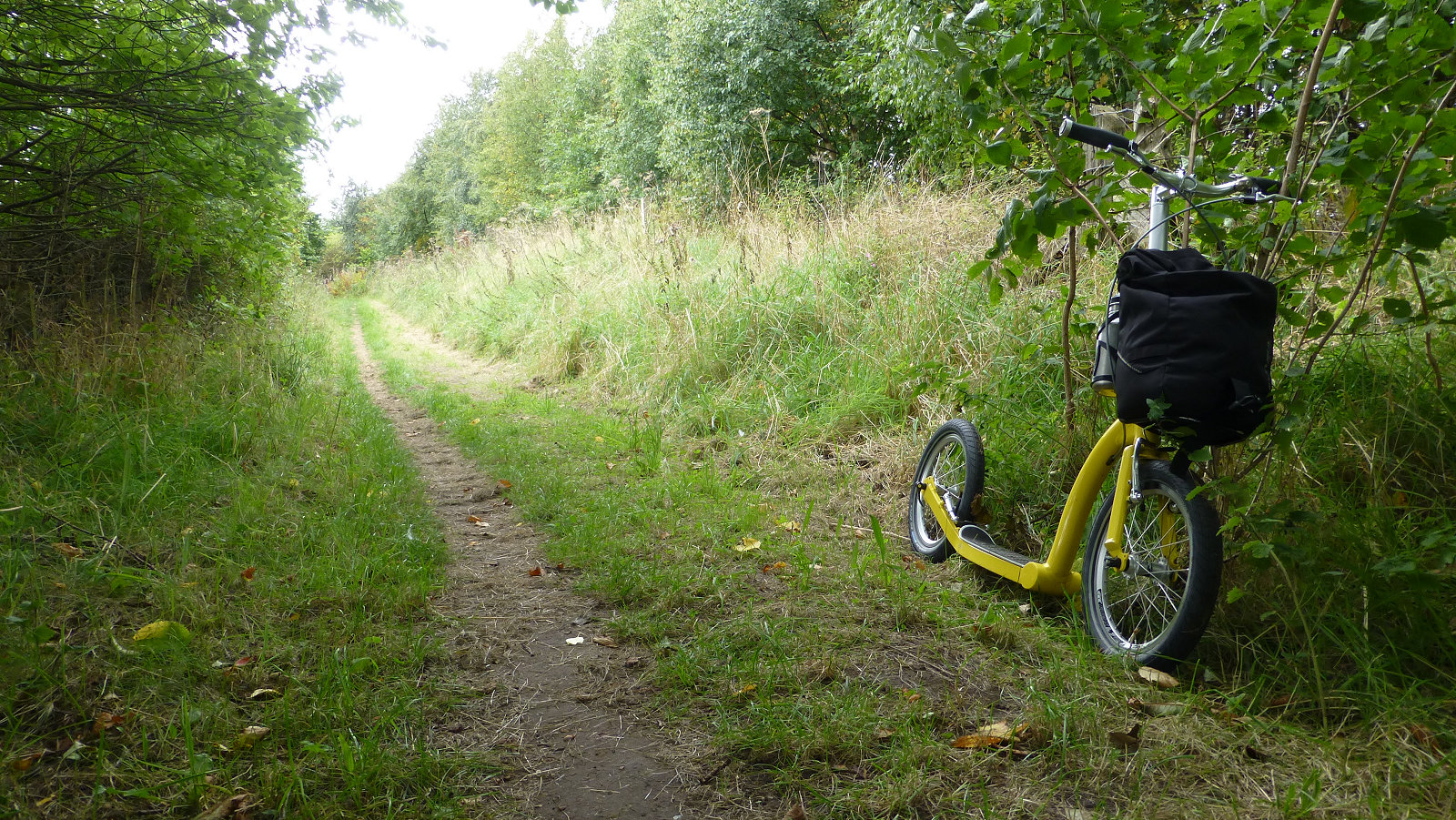 Having an interest in local geology and landforms, something on the map caught my attention, that something was “The Kaims”, a 0.60-mile path across farmland only a few miles from the house and easily reachable by kick scooter. Now, in glacial terms a kaim, also known as an esker, is a long, usually sinuous ridge of sand and gravel deposited by a sub-glacial stream under a glacier or ice sheet as it retreated following the end of the last Ice Age some 10,000 years ago, or there abouts. I’d scooted this way the other night but could see little beyond the spread of my lights and was keen in investigate further in daylight.

About 30 minutes on the Swift Zero got me on location, and I quickly scooted the length of this feature. It varies in height from almost nothing at each end to around 6 meters at the highest point. It also rises and drops where a disused railway line has crossed The Kaim and this part is almost certainly artificial. The sides slope steeply down, very similar to another kaim I’ve visited down in the Scottish Borders, at Bedshiel, near Greenlaw. The path that runs along the middle of The Kaims seems well trodden and overgrown hedges line each side. But is it a glacial feature or just a stretch of higher ground used as a path or way?

Without being able to dig into the ground and see what the make-up actually is, ideally a mix is bedded sand and gravel, I cannot be certain. It does seem to have the characteristics of a kaim or esker and further research will be required. Perhaps another visit in the winter months when the vegetation has died down might prove useful. Rabbit burrows can often give a clue to what lies underground. Place names can also provide clues to landform features. A nearby wood is called Kaim Plantation and the farm on the southern end of The Kaims is called Campend, the name possibly taken from a supposed temporary Roman encampment that once existed nearby. Older maps are annotated with the word “supposed ancient way”.

Anyway, glacial feature, ancient way or just a plain old footpath, interesting all the same. And on the plus side, I’d added another off-road stretch to one of my local trails which is always a good thing.

This entry was posted in Scooting, Trails. Bookmark the permalink.