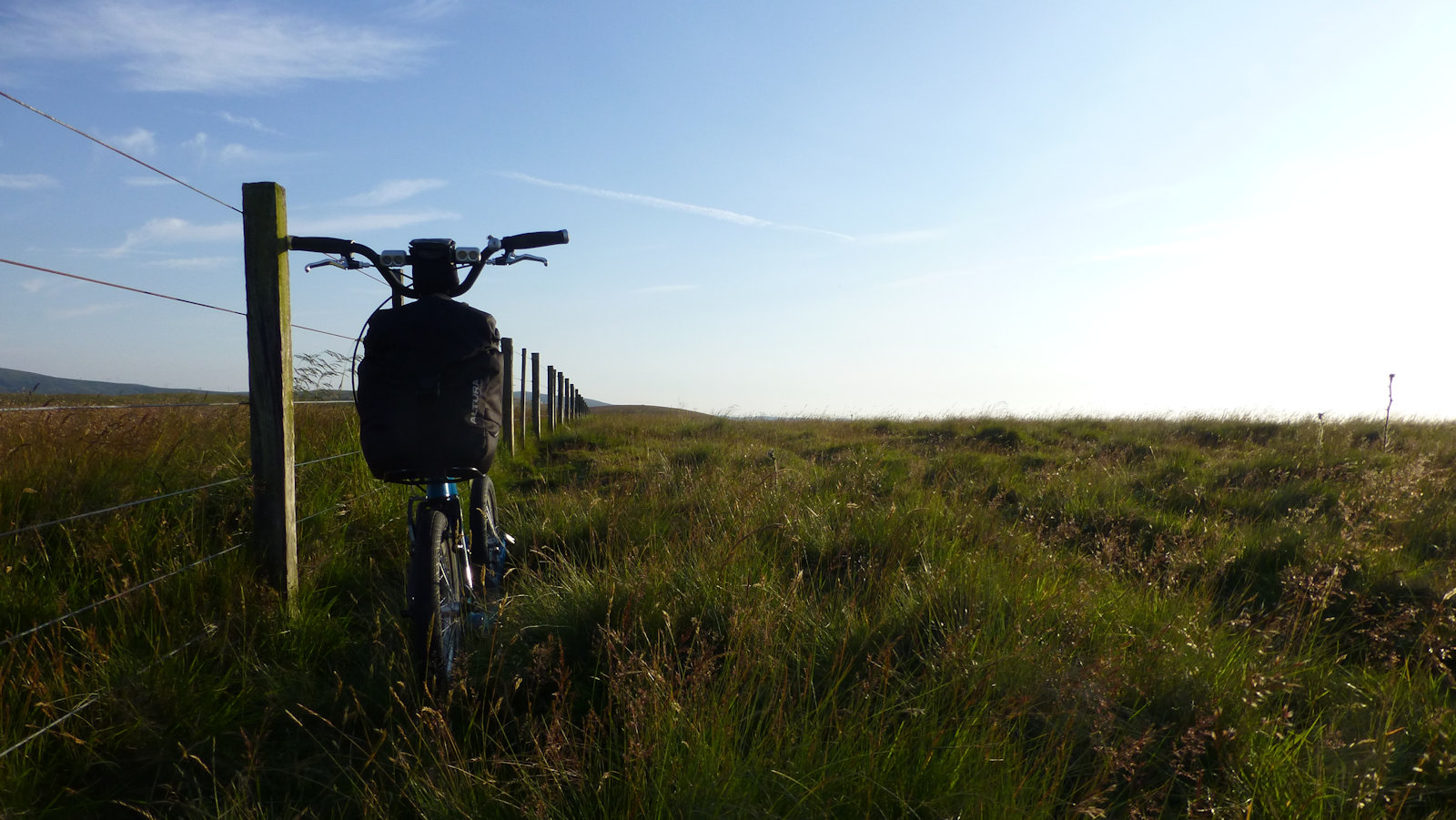 Approaching the end of July, and with temperatures during the day into the mid-twenties, scooting during the heat of the day was not enjoyable and I much prefer the cool air of early mornings or the slightly cooler late evenings. I waited until 7.00pm before loading the Swifty Air into the car for an easy half-hour drive south to the Moorfoot Hills. 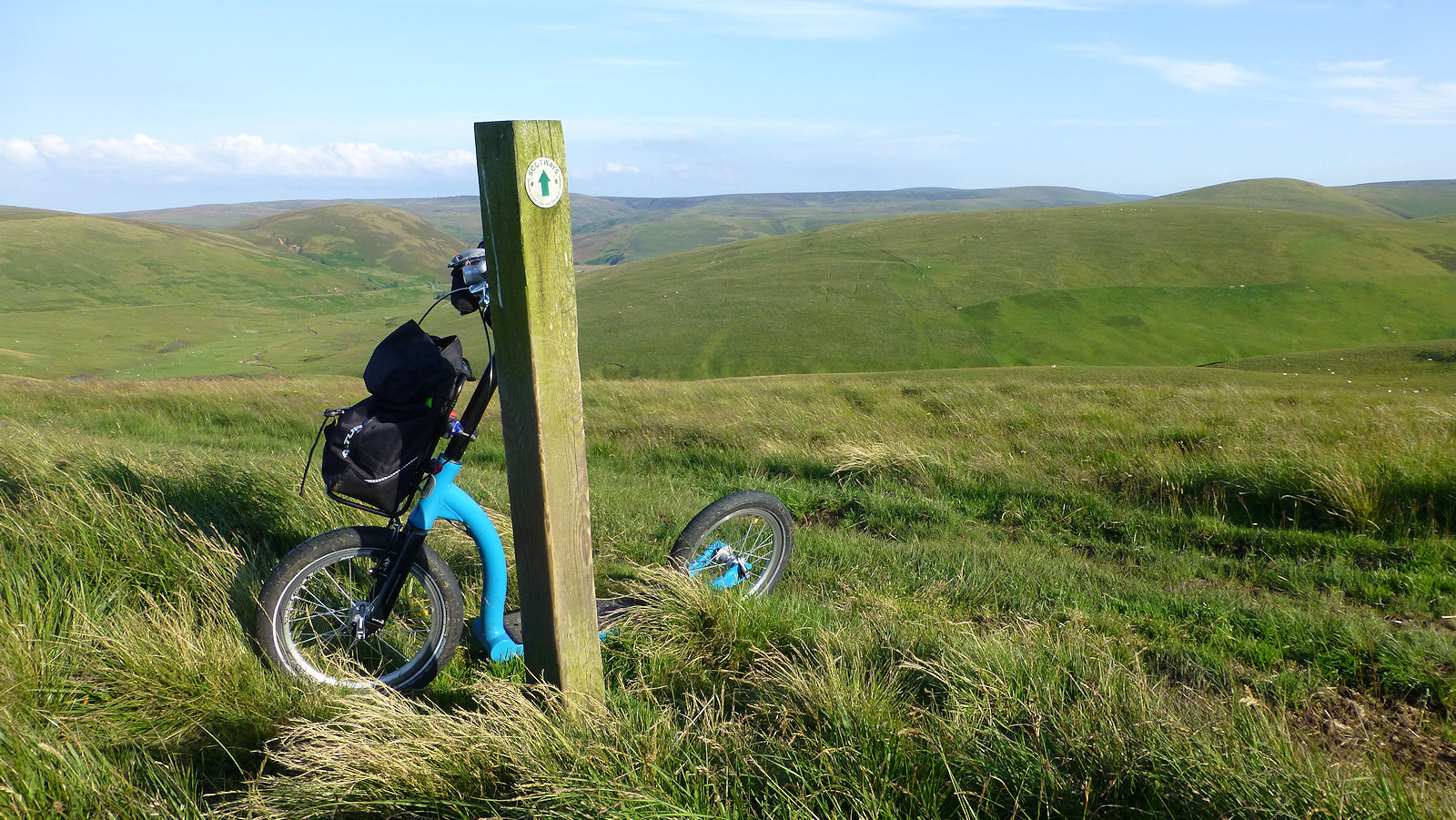 The start point for my ride was the parking area at the entrance to Carcant wind farm and my plan was to follow the B7007 down to the track leading to Blackhope farm where I would join a cross-country track heading uo hill to the fence that marked the border between the Midlothian and Scottish Borders regions. From there I’d head east following the fence line to bag the trig point on Torfichen Hill, then onwards back to the car. To be honest I knew the route and did not expect much actual scooting. 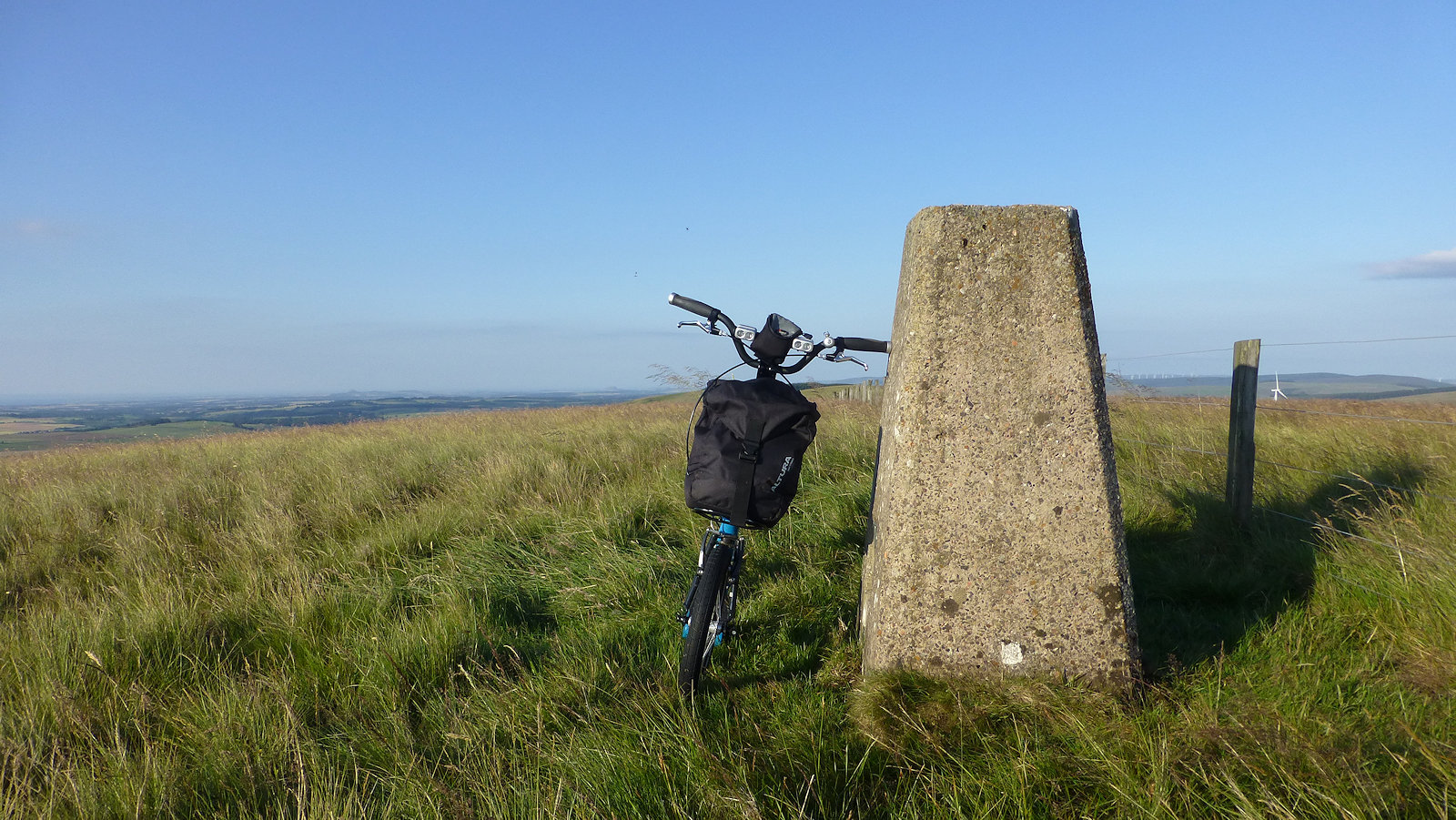 The stretch on the B7007 was easy enough and my first real scoot on a tarmac road. The surface was exposed aggregate making for a bumpy ride, even with the larger tyres on the Swifty Air. Next a short farm track into Blackhope Farm, then uphill on a grass track heading for Torfichen Hill. The track here is way-marked with posts featuring the Scotways symbol, indicating a right-of-way. As expected, no scooting on this section. Just a walk and push. 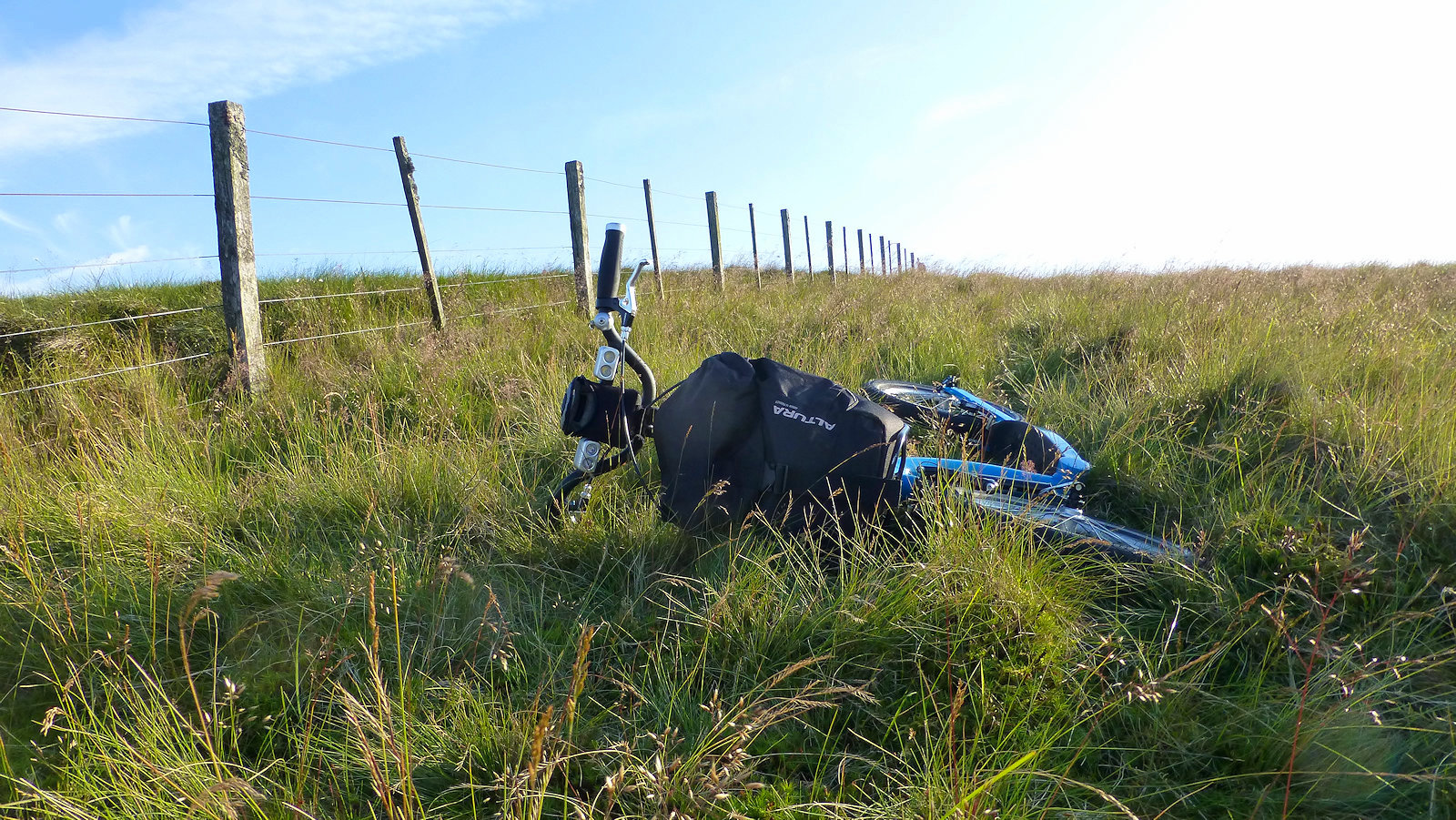 The next section, along the fence line eastwards, was much more difficult. The terrain was rough tussock grassland with soft boggy areas and impossible to even push the Swifty. There was the faint track left by a four-wheel drive but not a real track as such. When pushing the Swifty, the tussock grass kept stopping the front wheel, forcing the rear of the scooter to jump into the air and usually land on the back of my legs. I tried lifting the front but eventually was forced to carry the Swifty on my shoulder. At least the Swifty is a lightweight at around 8kg. 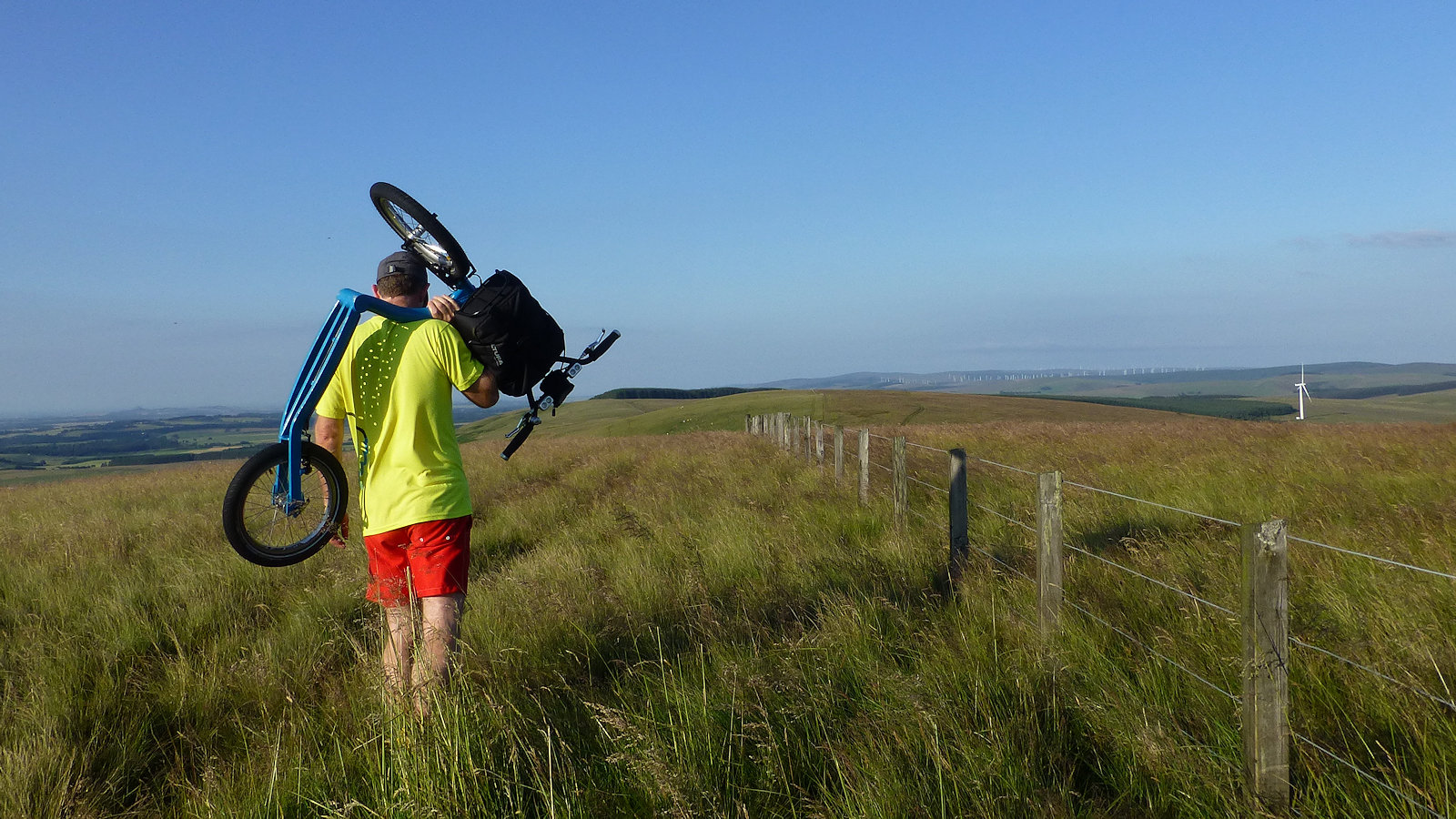 Eventually, I reached the trig point on Tofichen Hill and stayed for a while to enjoy the view and to take a rest from carrying the Swifty. The views from here are well worth the effort of actually getting there, with the Pentland Hills to the north-west, the Lammermuir Hills in the east and the Scottish Borders to the south. You can also see across into the Kingdom of Fife. 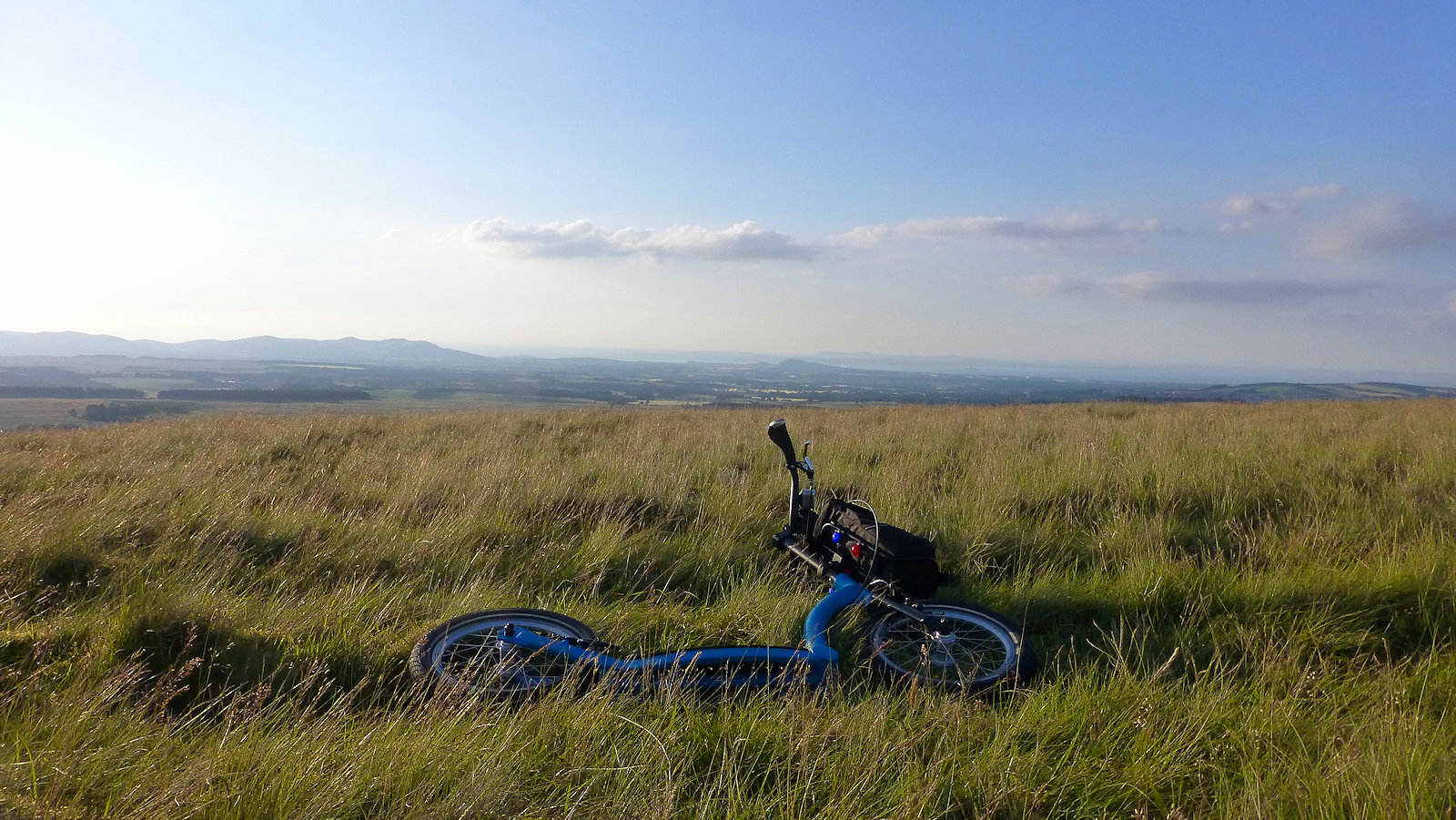 With only curious sheep for company, I then continued along the fence-line, initially still carrying the Swifty but eventually joining a quad bike track where I could at least walk and push the Swifty rather than carry. I was even able to kick-scoot a few, all be it short, stretches. Not much bird life this evening, the usual waders seems to have headed back to the coast but I did get good views of five red grouse as they checked me out before bursting into the air and flying off. 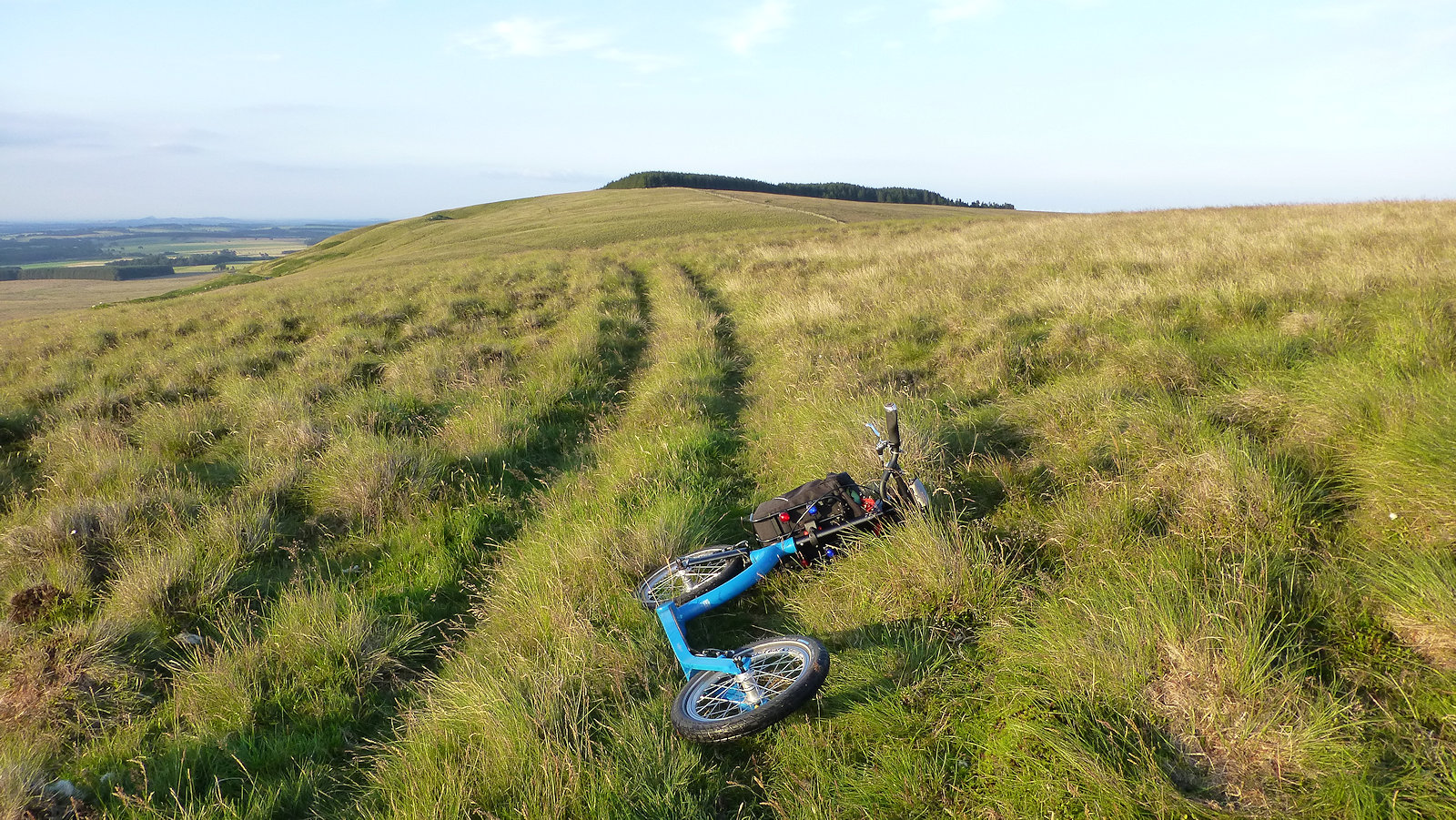 From the summit of Broad Law, it was all downhill and while still challenging, with regular peat bogs and even more hidden hollow and rocks, it was still a scoot all the same. I’ve both walked and cycled with route many times and knew it would be difficult on a kick scooter but it was still great fun and worth the effort. 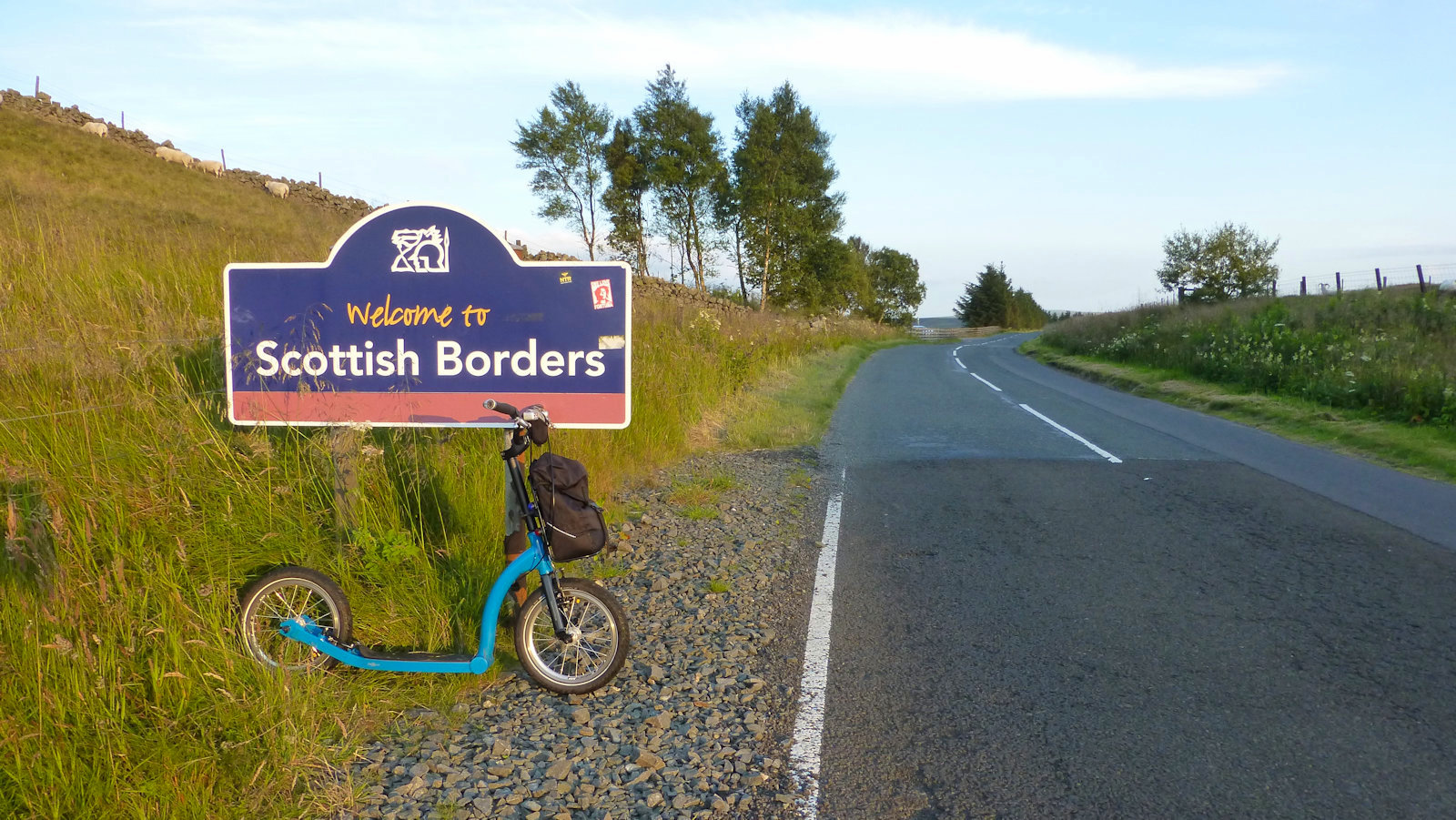 Back at the car, I always like to take stock of any scoot I’ve been on. Other than the road section, I guess this is more of a walk and carry than a scoot but an enjoyable mini adventure all the same. And another trig point ticked off the list.

This entry was posted in Scooting, Trigpointing. Bookmark the permalink.