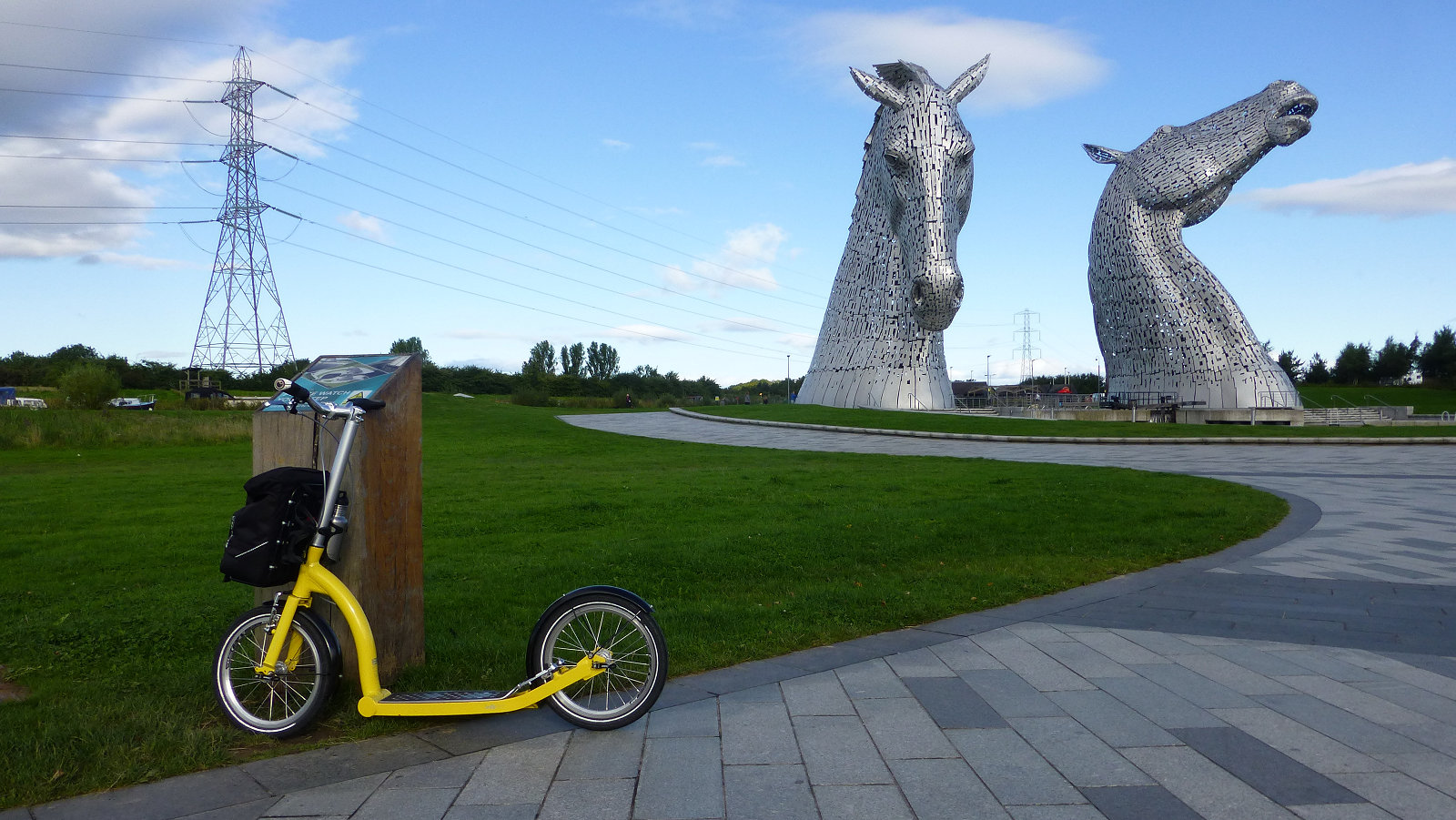 You are allowed to use any legal means of transport when playing Turf, be it on your own two feet, riding a bicycle, a set of roller skates or you can run, skip and jump, if you really want. You could even take zones from horseback, unicycle or skate board, if that takes your fancy. My preference is to use the not-so-humble bicycle, perhaps the most efficient, economical, enjoyable and planet-saving method there is out there. However, if you have browsed this blog for even a short while, will may have come across another passion of mine, the kick scooter.

Now, we are not taking about the small-wheeled stunt scooters your kids might use to slide along handrails, leap tall buildings and generally get in the way of just about everybody, no, we are talking about proper adult-sized, top-of-the-range tech here, with big wheels, proper pneumatic tyres, real brakes front and rear, and amazing fun to ride. I have two such kick scooters, the Swifty Zero and the Swifty Air, both from Swifty Scooters down in Salford, Manchester. They are not cheap to purchase, costing around £500 a time, but by-heck are they great fun to ride. I’ve used them for turfing once or twice and intend to use them much more once the snow and ice clears. There’s also a folding version available which would be useful for use in conjunction with public transport. 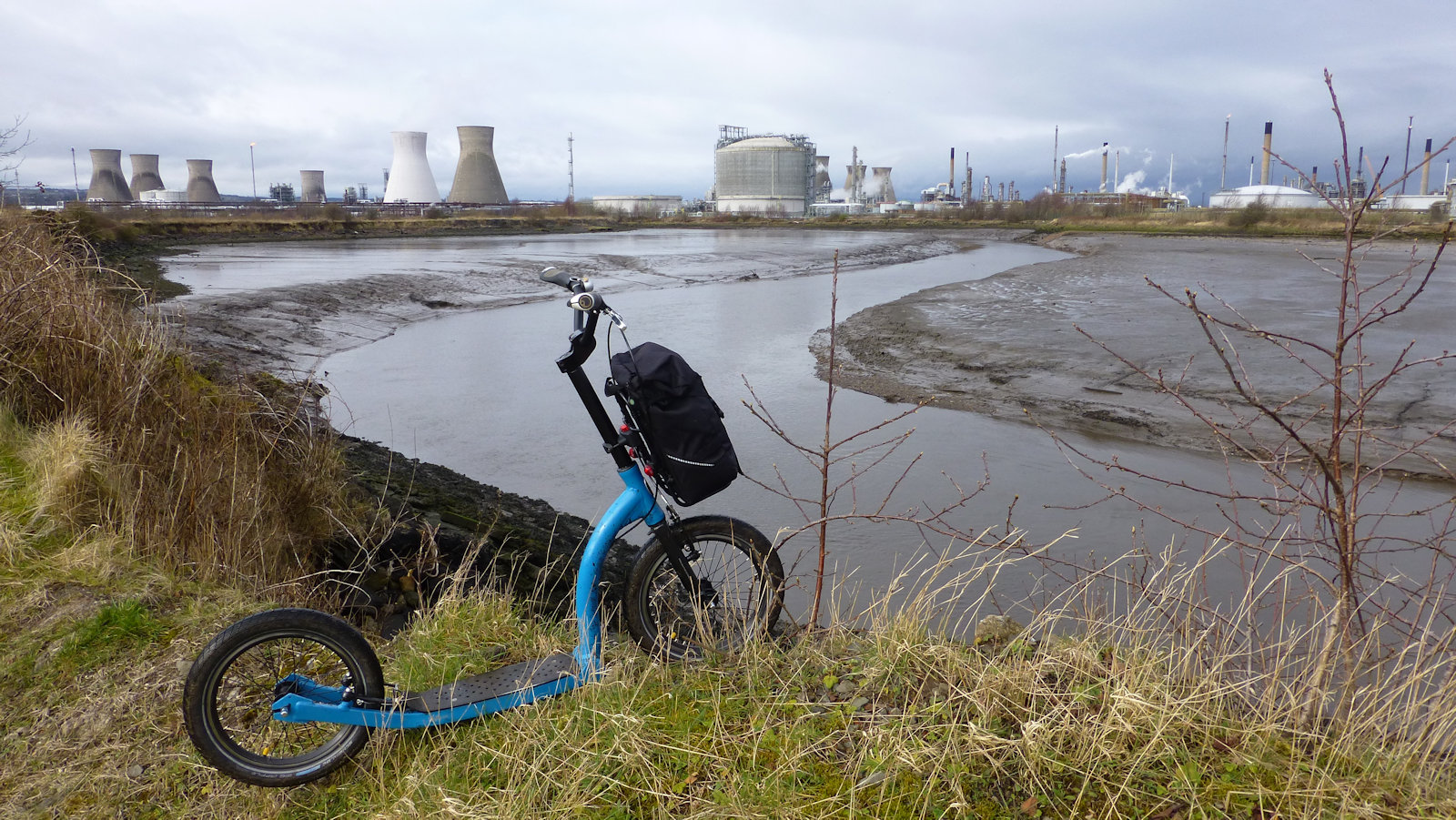 So, are they any good for playing Turf? Well, yes, they are. I would say they are not as fast as cycling but are quicker than walking. From the fitness point of view, you get a much better work out than cycling, using loads of muscle in your upper body and arms, a few of which you will discover you didn’t know you had when you’ve ridden one for a while. I guess the main downside is going uphill takes a lot of effort and it’s often just as easy to get off and walk. But it’s all good exercise, so I don’t mind at all.

One plus point is, unlike the bicycle, you can use them on pavements. I’ve scoured legal stuff all the way from the Highways Act 1835 up to the present day and cannot find anything to say otherwise. Though I would always advise to ride pavements with caution and consideration for others. I’ve been riding on pavements for over 2 years now without issue, have even been given the once-over by the local constabulary a few times. I think they were checking the scooter wasn’t an illegal electric one and I pretty sure they were laughing at me as well. Not surprising really, I’d laugh at myself on a scooter as well, especially with some of the fancy leggings and shorts I wear. 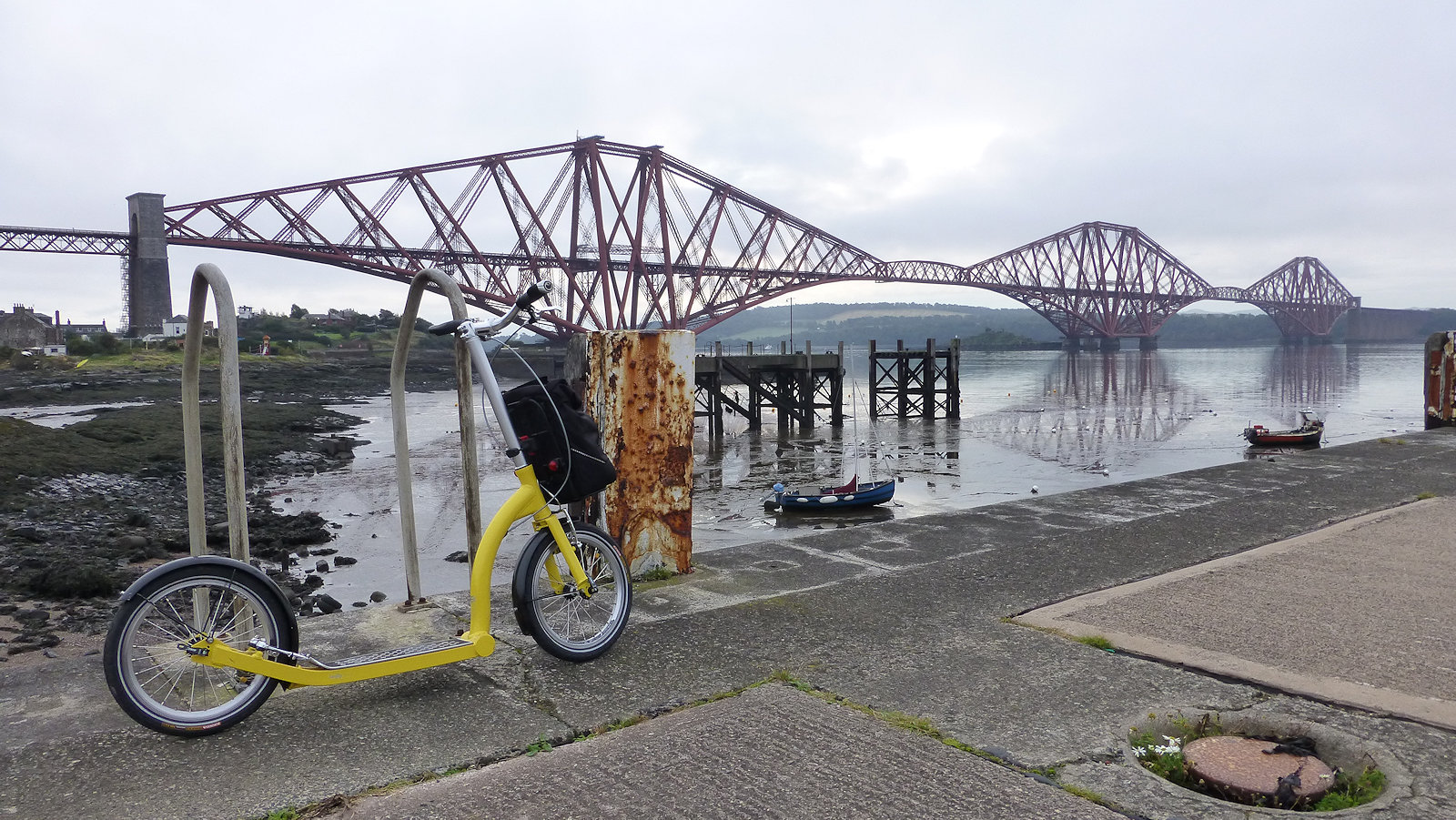 I’ve used the Swifty Air off-road on many occasions and it will manage some fairly rough terrain. I did the Water of Leith walkway, Edinburgh, from Leith to Balerno last year without any problem, to give you a fair idea. I think it would be interesting to give it a try in Edinburgh, perhaps do a Turf run on the bike first and then repeat the same run again later on the Swifty Zero. I’ll let you know how I get on due course.

Now, what does using a kick scooter bring to turfing? Well, the Swifty Air weighs in at half as much as a bicycle and will also carry a load, thus saving your back and shoulders. The handlebars will take lights, the essential jingly-bell and your mobile phone mount. The ability to stay off the road, keeps out of the way of traffic, always a bonus in my mind and there are fewer moving parts to bother about. No oily chain, no gears to change and the upright stance is much easier on the back than cycling if you tend to suffer bad problems, as I do occasionally. 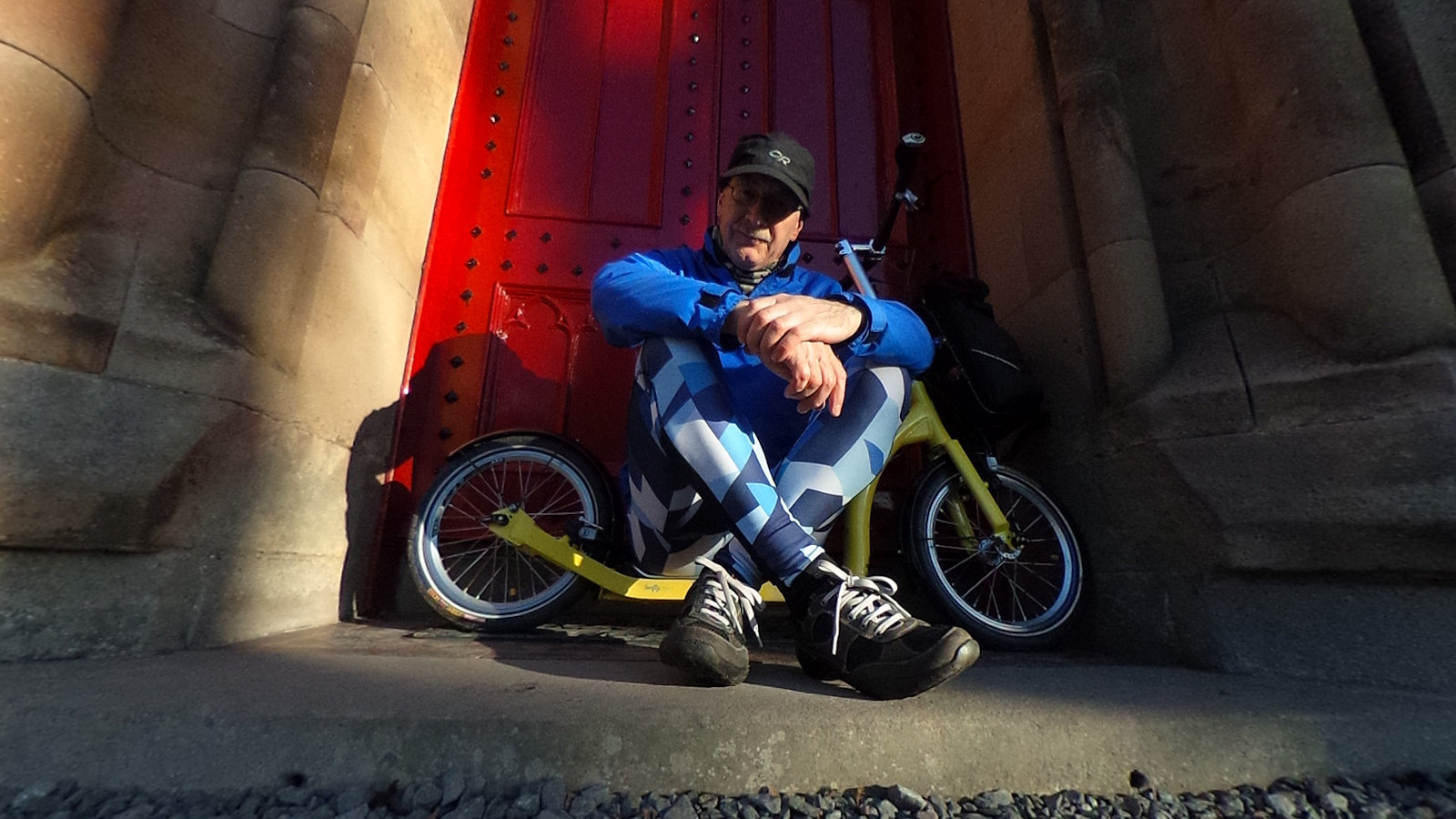 So, there you have it. Kick scooters for turfing, yes or no? I’ll leave that for you to decide, but in the meantime, if you see someone riding a blue or bright yellow Swifty kick scooter anywhere in Edinburgh or Midlothian, and they are wearing what would most certainly be classed as the “wrong trousers” that someone will probably be me. Please stop me and say hello. And finally, if you should be brave enough to purchase Swifty kick scooter and use it for turfing, note that they do atract a lot of attention.