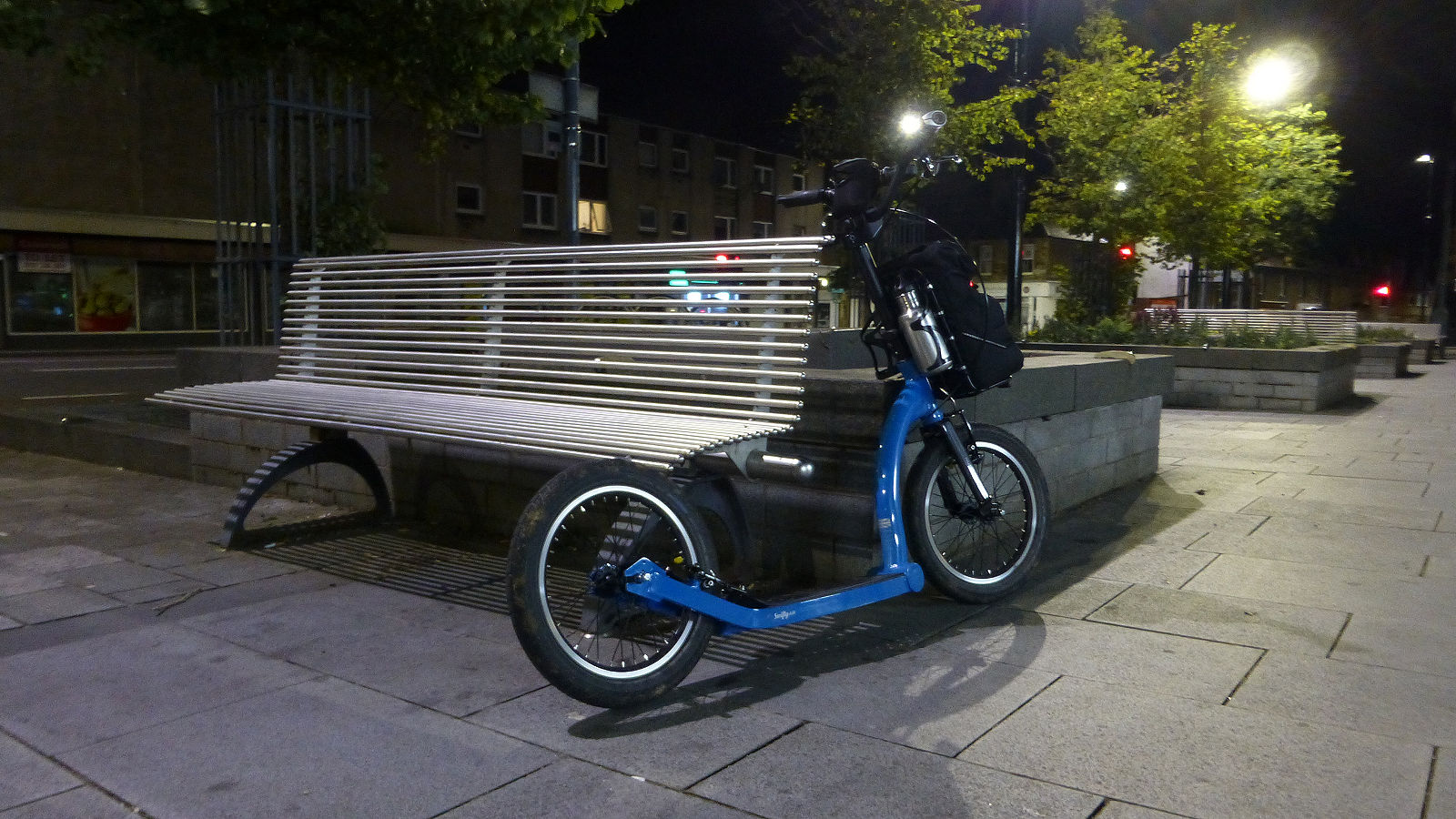 Heading out at night in town and countryside, either on foot, by bicycle or on my kick scooter, has long been a passion of mine, even more so now that I’ve been introduced to the delights of turfing. My father says I take after a relative who shall best remain nameless, one who also went out at night, but for a very different reason. Let’s just say he was interested in certain types of wildlife. Nudge, nudge, wink, wink, say no more. Having been out turfing a few times now at night, mostly on the bike, I’d like to share a few thoughts and observations.

The first thing I’ve noticed about turfing at night, particularly in the hours between midnight and around 5.00 am, is the peace and quiet. You still see the occasional person but they are few and far between. Traffic is light, mostly delivery drivers and long-distance lorry drivers with the occasional police interceptors chasing the bad guys, the roads are almost deserted. This may also be partly due to Covid-19 restrictions. Here, I’m referring to my home town of Bonnyrigg, Midlothian. I guess a city like Edinburgh may be somewhat busier.

For the turfer, this lack of pedestrians and traffic, on the roads, on the streets and on the pavements, means progress between zones can be much swifter, greatly reducing travel times between zones. This means more zones can be taken and more points gained for the amount of time and effort expended. More points for your pedal. The peace and quiet while out bike turfing seems to instil a calmness and euphoria like feeling. The bike runs almost silently, only the swish of tyres on pavement invades the silence. It’s almost as if you are floating from zone to zone, chilled, relaxed and infinitely most enjoyable.

With so little activity and disturbance, the local wildlife comes out to play. Foxes are the most common in urban areas, hunting bats are everywhere catching insects during the warmer months and even badgers can appear when least expected. I once had a bat fly between my body and arms while cycling down at Newbattle. Quite an experience. Then there’s the suicidal rabbits that run between your bicycle wheels. All good turfing fun.

With so few people about, including the competition, as in your fellow turfers, you get a great opportunity to rack up those zone takeover points and points per hour, and you can keep them for longer. During the day you can lose zones faster than you can take them. On the subject of zones, turfing at night can sometimes present difficulties, more so with zones you’ve not visited before during daylight hours. The reduced visibility at night can be a disadvantage, the visual clues are not always so obvious. You may miss that narrow lane shortcut and locations such as unlit public parks can be a challenge if you don’t know the path layout.

Some of the hazards of turfing can be easy to miss during the hours of darkness. Pot holes are one such example, as are low hanging branches, those nasty evil smelly piles of stuff dogs leave behind are another, or more correctly their owners don’t pick up. Broken glass, on the other hand, can be easier to spot in the glare of your bike lights. And that brings me on to the next topic, lights. Personally, I believe you can never have too much light when cycling or kick scooting, either to see where you are going or to help you be seen by others. Good powerful, long-lasting front lights, bright rear lights, reflective stickers and whatever else helps you stay alive, and not crash into things, is a good idea.

If you are going to be out turfing at night, there’s a few interesting and very cool medals you might want to try for. Go on give them a try. Other than the Darkest Ninja, all are quite easy to achieve, your biggest challenge may be getting out of your warm, cosy bed!

So, there we have it, some food for thought on turfing at night. And if you do venture out, just spare a thought for all those turfers tucked up snug at home, not earning points, while you are the hard-core turfer, your turfman carrying his ninja sword on his back, braving the darkness, following the light of the full moon, dodging passing UFO’s and at peace with the world. Finally, if you do go out at night, share your adventures with all.