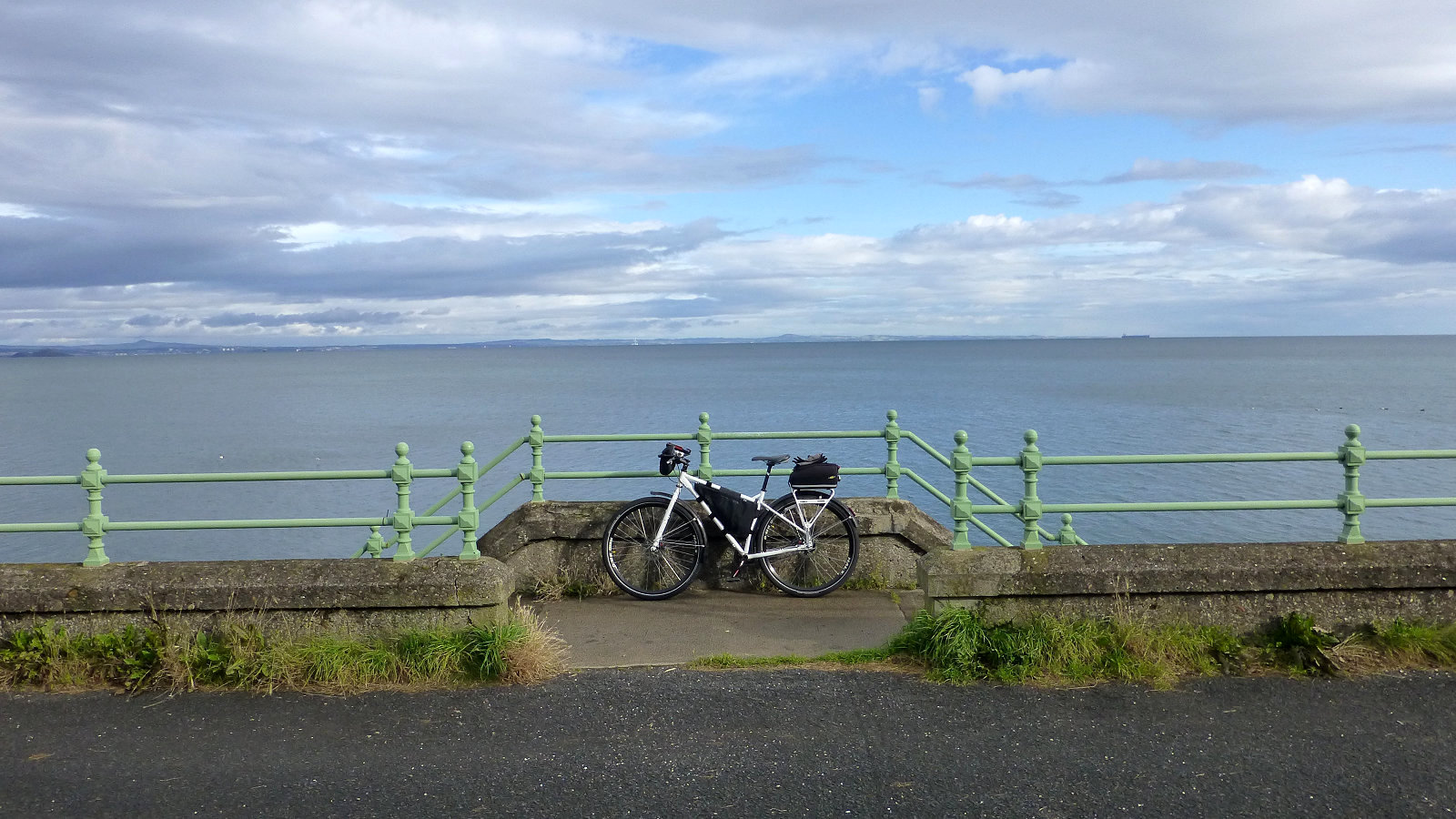 I couldn’t quite decide where to go this Saturday. I could stay local and do boring and very unsatisfying revisits around Bonnyrigg and Dalkeith. However, having lost count how many times I’ve done these local zones recently it wasn’t any attractive option. Alternatively, I could nip across and do Gorebridge and Mayfield but I could see the rain was already falling there and hate turfing in the rain, and those areas are hilly and not very exciting in the best of weather. The weather forecast was for showers after lunchtime, so my final thoughts were to drop down to Musselburgh, head across towards Queen Margaret University, across to the harbour, then follow the coast east to Prestongrange and back home to Bonnyrigg. Should give me a good tally of zones and round uniques before the weather turns.

It’s an easy ride from Bonnyrigg all the way down to Musselburgh, being geographically downhill, following the valley of the River South Esk, then just the River Esk. At zone MonktonEscape, I left the riverside path and picked off a few zones en-route to Queen Margaret University, then cycled towards Fisherrow harbour. There, however, I had a sudden change of plan and turned left, following the coast towards Leith. 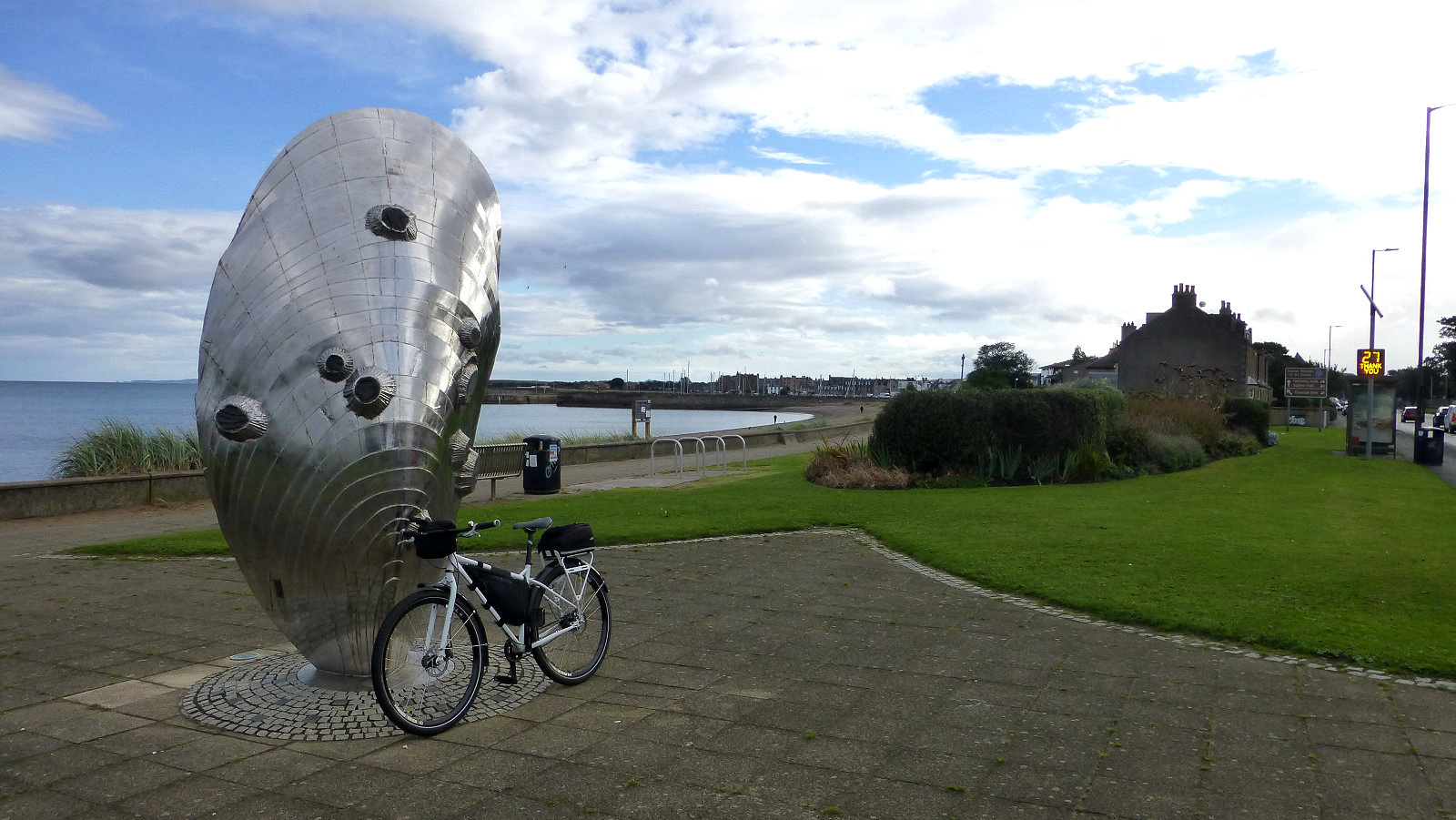 I was quite amazed how busy Portobello was. There was hardly room to swing a small cat never mind pedal a bicycle at any speed above dead-slow-or-stop. I encountered elderly joggers training for the slowest pensioner race while taking up the entire width of the promenade and ignoring any requests to be allowed to pass, and prosperous looking family groups with 2.4 children, with antique hand-me-down prams, e-skateboards and an elderly granny in tow. There were a few hardy/crazy people swimming in the Firth of Forth, and just about the entire cross-section of society doing whatever they do. In other words, it was bloody hectic! I was tempted to stop at one of the many coffee shops/cafes but had omitted to bring my wallet, yet again.

My next bunch of zones, all uniques, was Leith Links. Not having turfed this area before, and not being familiar with the area, it seemed to take a long time to take the half-dozen zones. I had to zoom in on the app for each and every zone to determine exactly where it was situated. All very time consuming and strangely annoying. Lochend Park was my next target area where the two zones were easy to find and take. 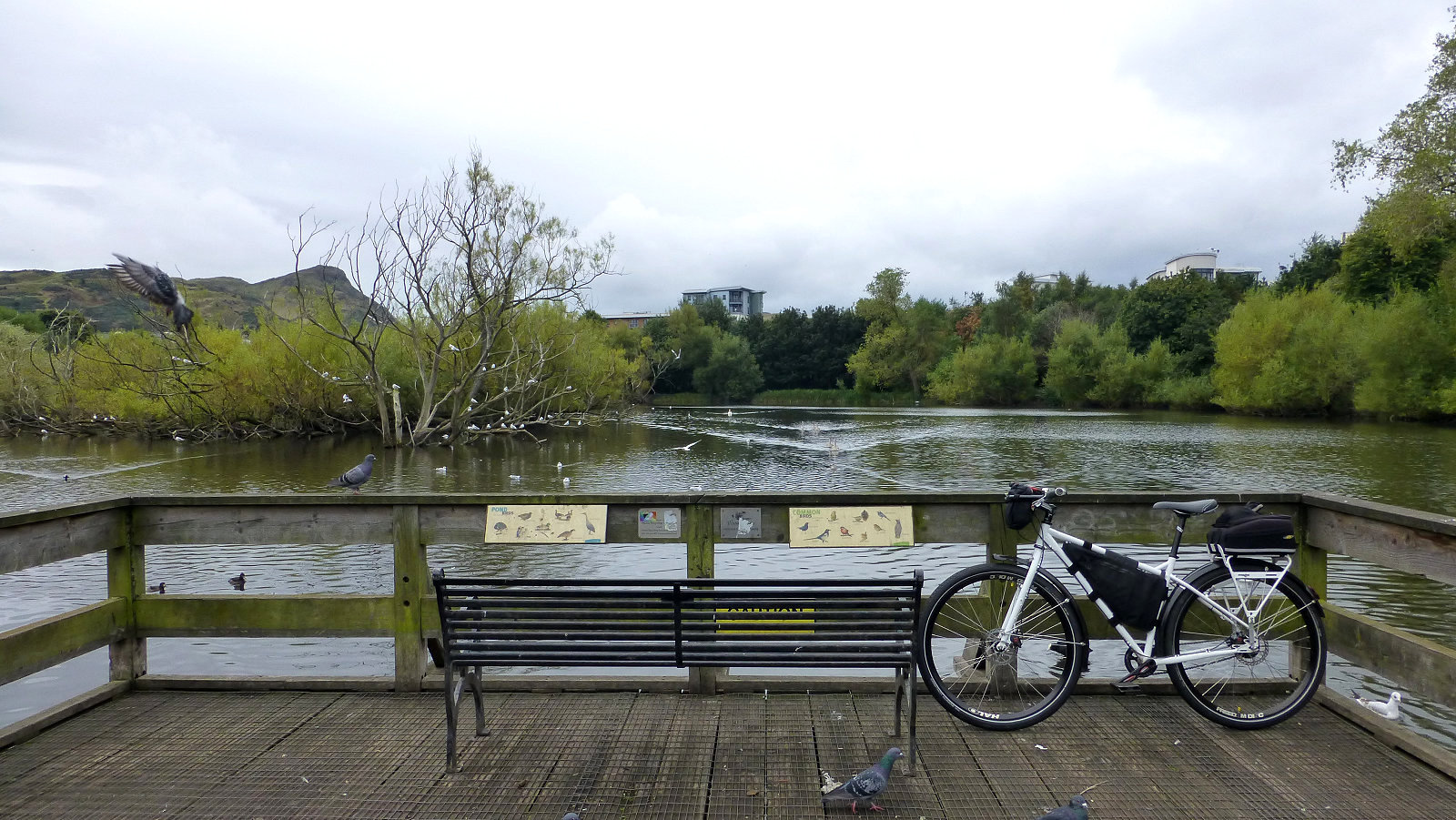 After that I thought the Holyrood area would be next but the place was well closed off by Police. I spoke to a police officer who informed me it was the state opening of the new session of the Scottish Parliament today. She thought I’d be able to get through but no such luck. Steel barriers were everywhere, as were mounted police, motorcycle police and police dogs. Thought I could hear a drone overhead as well but couldn’t see anything. Then, out of the blue, I found myself in desperate need for a call of nature. But where to go? I didn’t know the location of any public toilets and didn’t have a lock for the bike in any case.

However, managed to find myself in Holyrood Park, located a quiet spot under some trees and was able to take a comfort break without being a) disturbed by passing dog walkers, b) spotted by one of the many hundreds of police officers wandering about and c) attacked by some nearby rogue sabre-toothed rabbits. However, my relief was short lived when a low-flying helicopter passed directly overhead disturbing my attempts at watering the trees. I thought it might be a police helicopter, so quickly mounted Ogre and pedalled away furiously. Thankfully, my call was nature was complete enough and I could again relax. 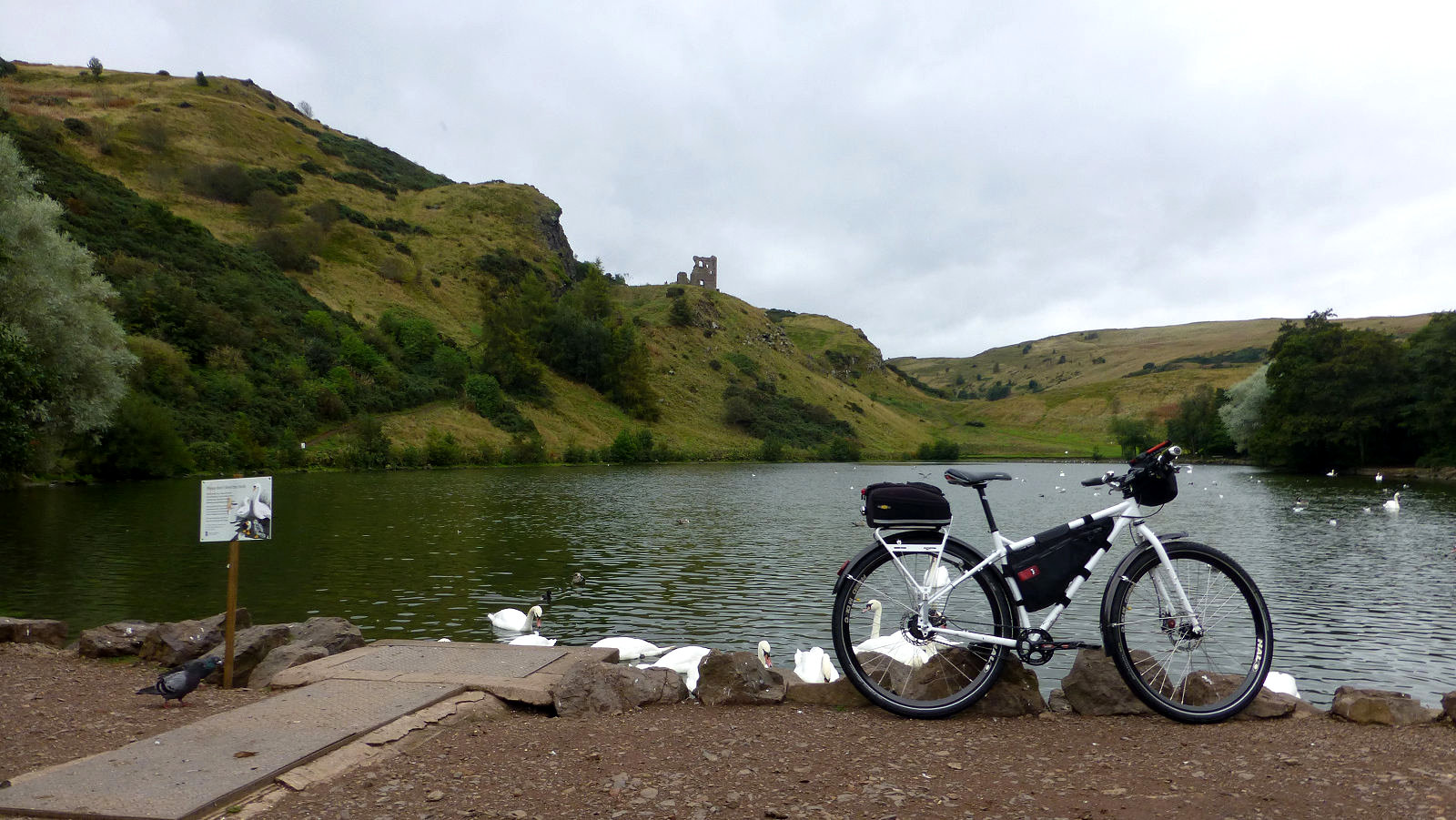 The helicopter appeared to be landing at Holyrood Palace, so no doubt some VIP associated with the state opening. Yes, very environmentally friendly coming in a gas-guzzling helicopter! I determined the VIP in question would either be Her Majesty the Queen, or the other would-be Queen of an Independent Scotland, First Minister Nicola Sturgeon. I settled for Her Majesty the Queen. Had it been the First Minister, there would have been two fully armed Boeing AH-64 Apache Longbow attack helicopters in attendance, as fitting her exalted status. A picnic lunch was had watching the swans begging for food at St. Margaret’s Loch, where a gang of delinquent teenage swans were attacking the two signs stating “Do Not Feed the Swans”.

Anyway, onwards and upwards, as I was now pedalling up the Queens Drive through Holyrood Park, heading for Dunsapie Loch, and of course, grabbing a few zones along the way. I also wanted to turf this way and check out the route up to zone AuthursSeat, located, as you might guess, on the 251-meter summit of Arthurs Seat. I’d forgotten just how steep the climb actually is. I have plans to tackle to Seven Hills of Edinburgh using the Surly Ogre and wanted to take a picture of Ogre at the summit cairn. Guess I’ll have some bicycle portage to do! 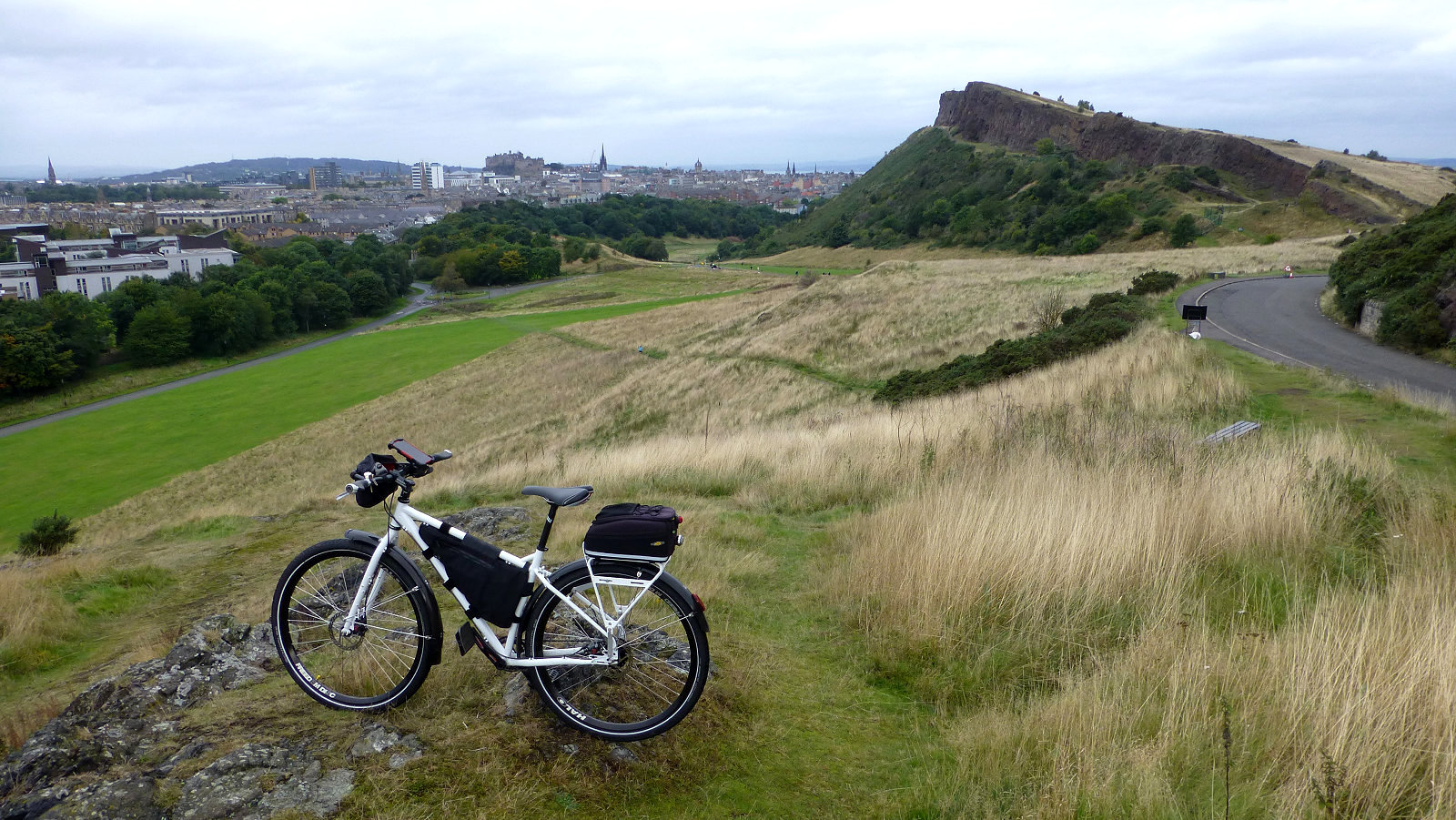 Pollock Halls had a nice easy bunch of zones, then I made my way across Newington and Craigmillar, heading for Edinburgh University and the three zones located there. My final destination in Edinburgh was Burdiehouse, where a couple of unique zones had been annoying me since my turfing visit there a few months ago. Not sure if I missed them at the time or if they have been added since. As I plan to eventually take all the zones in Edinburgh, I find it better to totally clear an area of all zones when possible. Saves having to revisit again later and helps keeping track of your takes.

By the time I reached Gilmerton, I’d been cycling for around 5 hours, and to be honest was getting rather weary. Turfing for 5 or 6 hours seems to be about my endurance limit for some reason, just don’t have the energy to do much more. At that point it becomes a punishing slog and just not enjoyable any more. This doesn’t bode well for my plans to try for the El Staminatore medal, taking 200 zones in 24 hours, but you never know. Perhaps if I pace myself better, carry more food and drink, and plan my route optimally, I should be in with a chance. Including areas where I know the zones well should make all the difference. Any advice welcome! 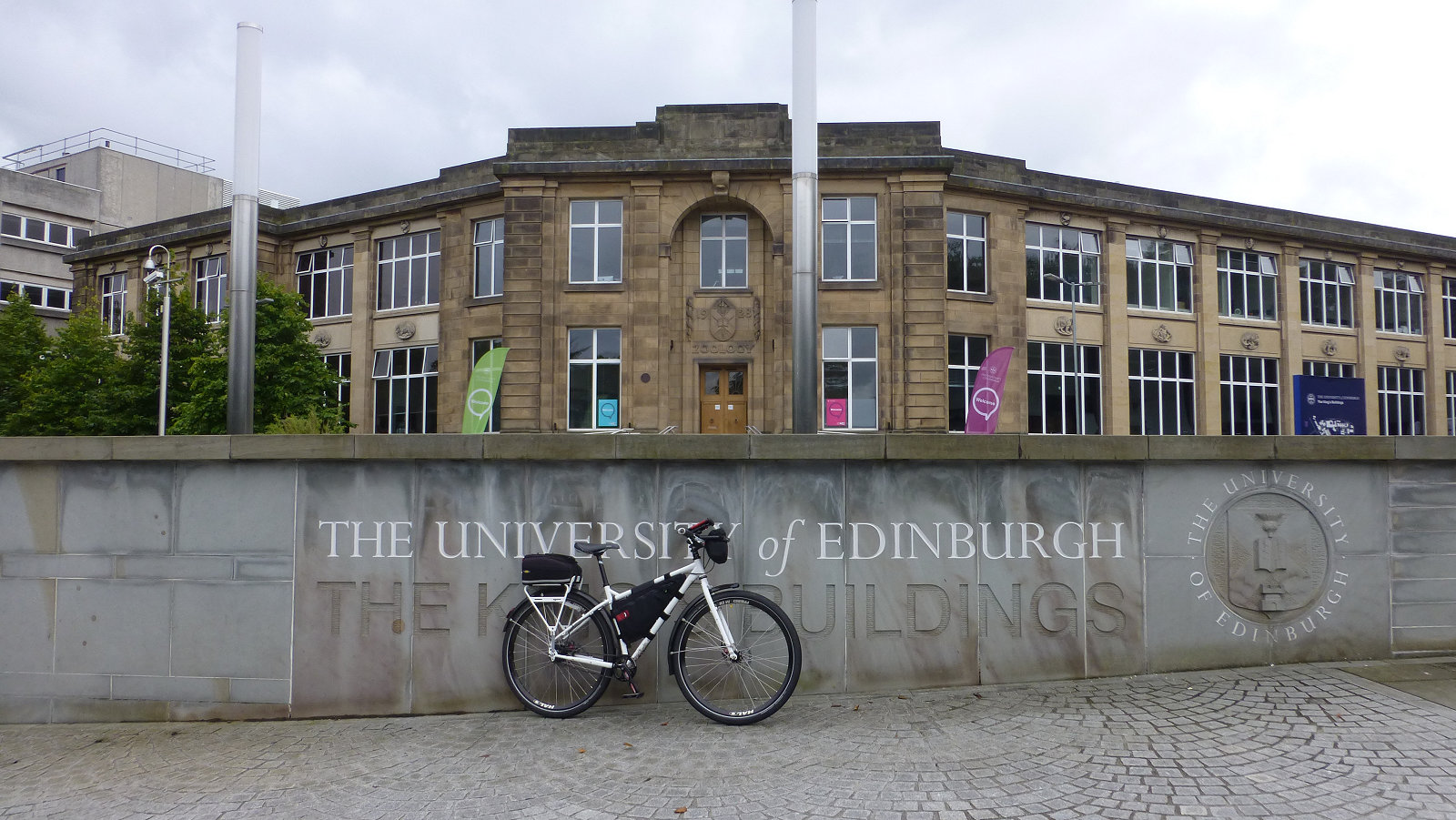 The good thing about finishing at Gilmerton is the easy cycle back to Bonnyrigg, all mostly downhill, though traffic can be a bit busy on Saturdays and you need to be firm and decisive at the roundabouts. No pussy-footing around. It was nice to meet another turfer, the lovely Aibo, on the cyclepath. She was only 12 zones short of her attempt at the Greed-200 medal. Hope she gets it. Overall, not a bad day despite the frequent showers with 79 zones taken and my count towards the 1000 Unique now sitting at 932. Just a handful to go. Back soon.