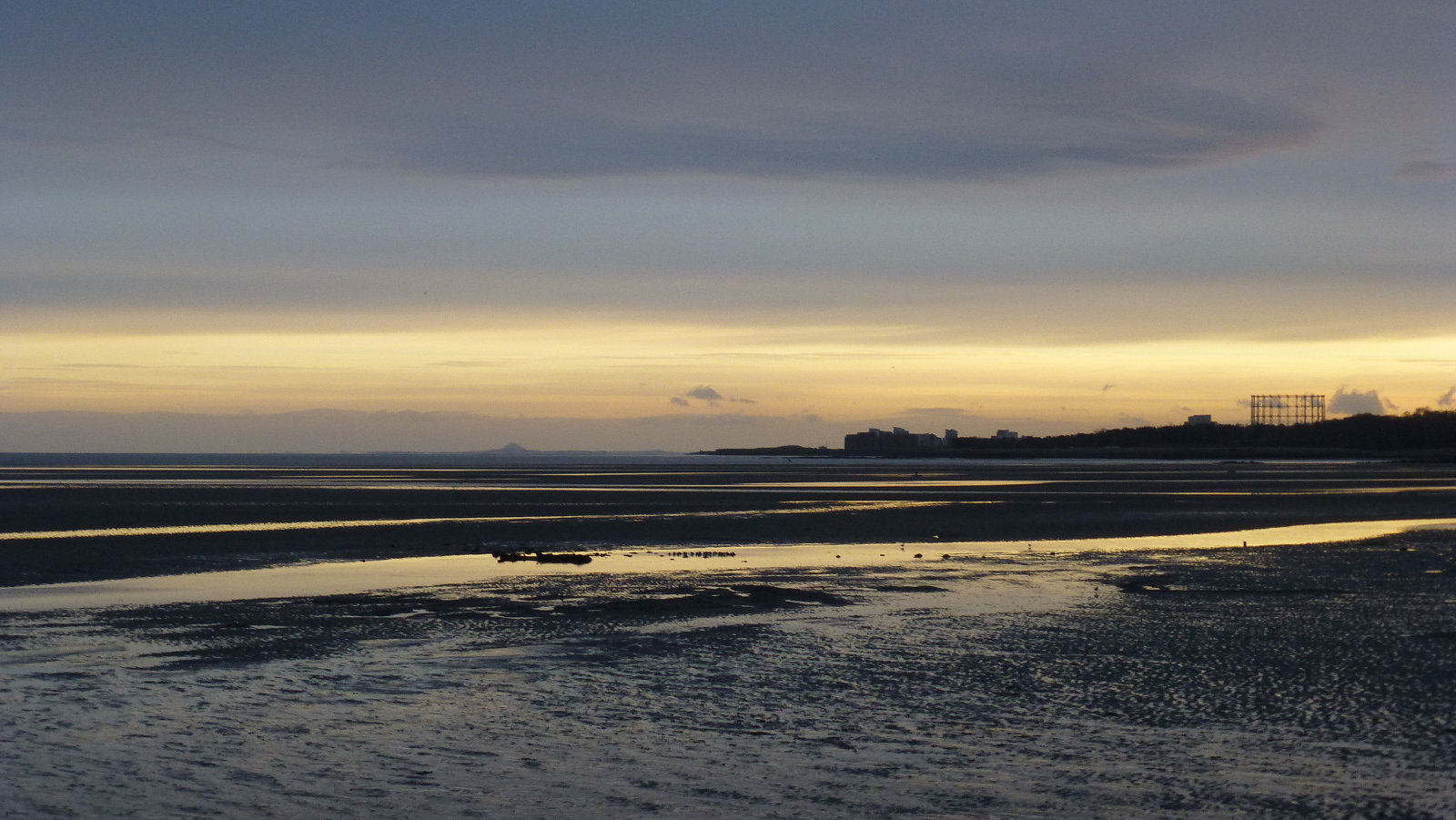 Cramond Island, Edinburgh. Located a mile off the coast from Cramond village, this neat little tidal island has a long history of human occupation. Early occupiers of the island would likely have been the Romans – they had a large presence nearby with the fort at Cramond – though physical evidence has long been lost, along with anything earlier, mostly due to the construction of defences during both the first and second world wars, most of which still remains visible. Visitors to the island sometimes spend more time there they would have wished, getting caught out by the tides. It’s also a good birding location, has seen a number of punk raves, and even the occasional wedding has been held there. In the past few years turfers have added their names to the long list of visitors.

There are four zones the island, two are located on the tidal causeway with the other two on the island itself. It’s important to plan your visit carefully and double-check the crossing times. These are available online and also on a notice board at the start of the causeway. I planned my visit to suit the safe crossing times between 9.00 am and 1.00 pm, giving me a good four hours for the trip, more than enough. Though a wise visitor would keep an eye on the tides as they can vary due to weather conditions.

The large car park is the best place to start and can often be very busy with visitors, particularly during the summer months. Crossing the causeway is easy enough, though it can be slippery and wet, with numerous puddles left by the receding tide and a good place for birdwatching, with curlew, redshank, greenshank and oystercatcher all feeding close by. Most wander away as you pass but the turnstone don’t seem to bother at all and continue feeding.

The concrete pillars beside the causeway served to prevent surface craft or submarines passing south of the island. The vertical slots would have held concrete slabs. I had hoped for a bright sunny day as there are lots of photography opportunities on the island but what little light there was around 9.00 am soon vanished and it was soon a typical rainy mucky dreich Scottish day. I only managed one decent photograph as you can see above. But I’ll be back, as a certain cybernetic killing machine once stated, back in 1984.

The first two zones, TheIslandPath and WaterPath, were soon taken, and after a short climb through the centre of the island, zone CramondIsland was also taken. Zone CramondIsland is hidden in the thick shrub and would perhaps better be placed on higher ground, offering better views of the area. The final zone, CramondBunker, is located at the far north corner. There are numerous footpaths and overgrown roads but it’s easy enough to simply head in the general direction to reach it.

Had the weather been more clement, I would have spent more time exploring the island, taking photographs, looking for bricks (they are mostly NIDDRIE brick, from what I could see and a few NCB ROSLIN) with some birding thrown in as well. But the rain was putting a damper on my visit and it will all keep for another day. In fact, I have an idea to time my visit to actually stay on the island between the two crossing periods. Crossing just before the tides cuts off the island and spend the day/night there, returning at the next safe crossing time. Hopefully, getting the place to myself. Might be wise to inform the coast guard that I’m not stranded in case anyone spots me and calls 999.

With the zones on the island now all taken, next was a stroll up the River Almond, as far as Cramond Bridge and the zone located there, with zones AlmondRuins and AlmondWalkway also taken. The path up river is very pleasant, apart from the aircraft passing overhead destined for the airport a mile or so away. Climbing the 79 steps where the river valley narrows and descending the metal scaffolding-built steps at the other side, had me thankful I was on foot today and not with the bicycle. Having said that, I now recall lugging the heavy Surly Pugsley fat bike along this route a few years ago. Must have been younger then!

Then, a phone call from my sister Pauline down in Selkirk. Dad has taken a turn for the worst and is going into hospital. He’s been having a rough time these past few months and has gone downhill fast over the last few days. But now he needs constant professional care, so he’s off to the hospital. It’s hard seeing your dad getting old, deteriorating before your eyes. And what’s really tough is when he asked me to look after mum. But that’s the way of the world and comes to most of us at some time or another.

So, that was the end of my turfing for the day. It was straight back down to Cramond via Whitehouse Road. I picked off another four zones but my mind was elsewhere. Did note that every second house had a 4×4 SUV sitting in the driveway. Range Rover Discoveries seemed to be most popular. I just cannot see the point of having a massive SUV that weighs around 3.5 tons and costs upwards of £50,000 when you live in a congested city like Edinburgh. Seems daft to me but we are all different. Back again soon.