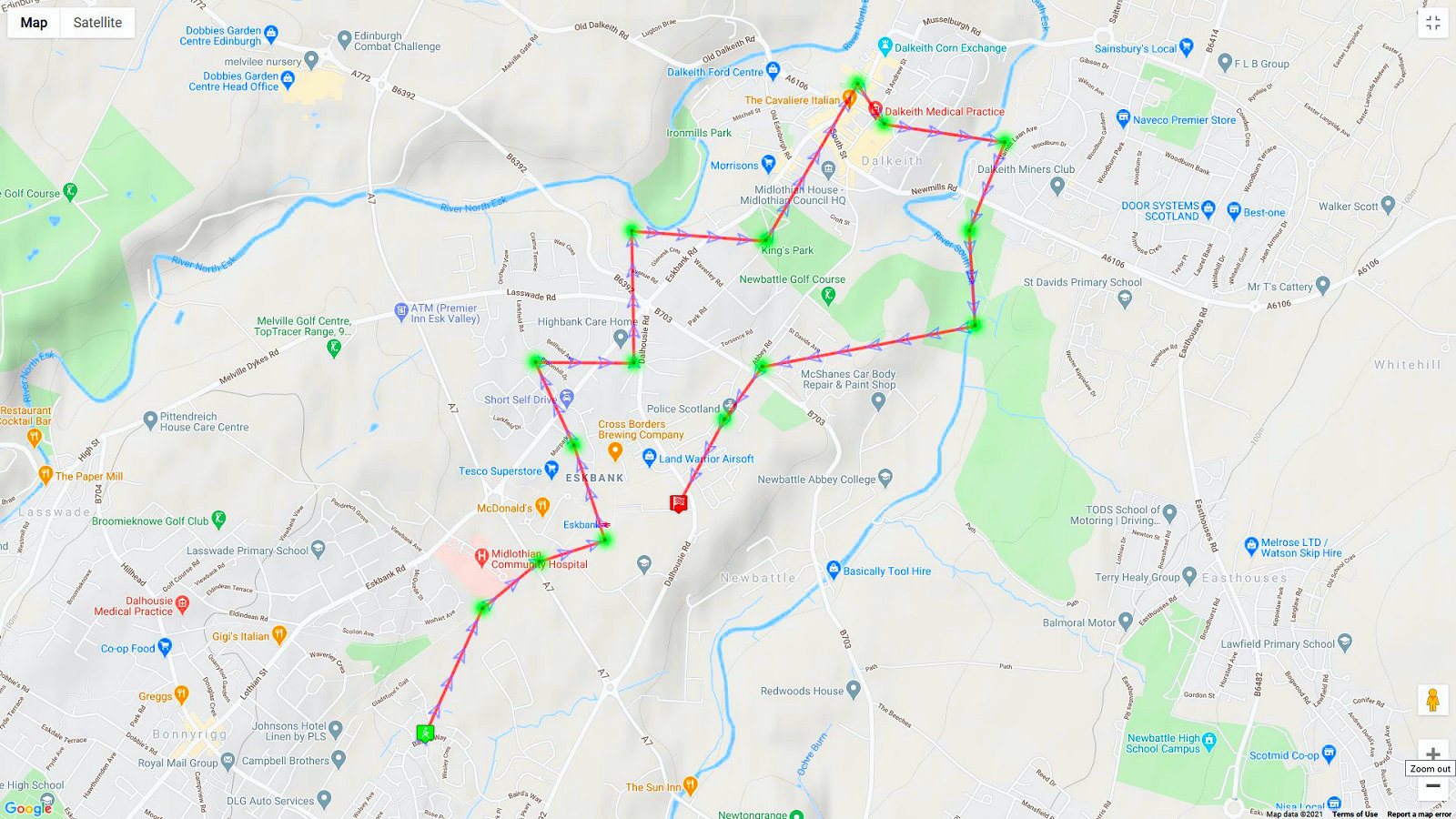 With many of the local paths still decidedly dodgy with patches of ice and frozen snow, it was Shank’s Pony again this morning as my means of transport. And no, I’ve not traded my bicycle for an equestrian mount, I’m just on foot again. My plan today was to re-take a few lost zones near home, then head across towards Eskbank and Dalkieth and return via the Newbattle area.

The weather was very Scottish today and the fine Scottish word of dreich, does a very good job of describing conditions. In other words, cold and miserable with drizzly rain. Just lovely for turfing. Oh how I look forward to getting out on the bicycle and not having to worry about coming off on a patch of ice. 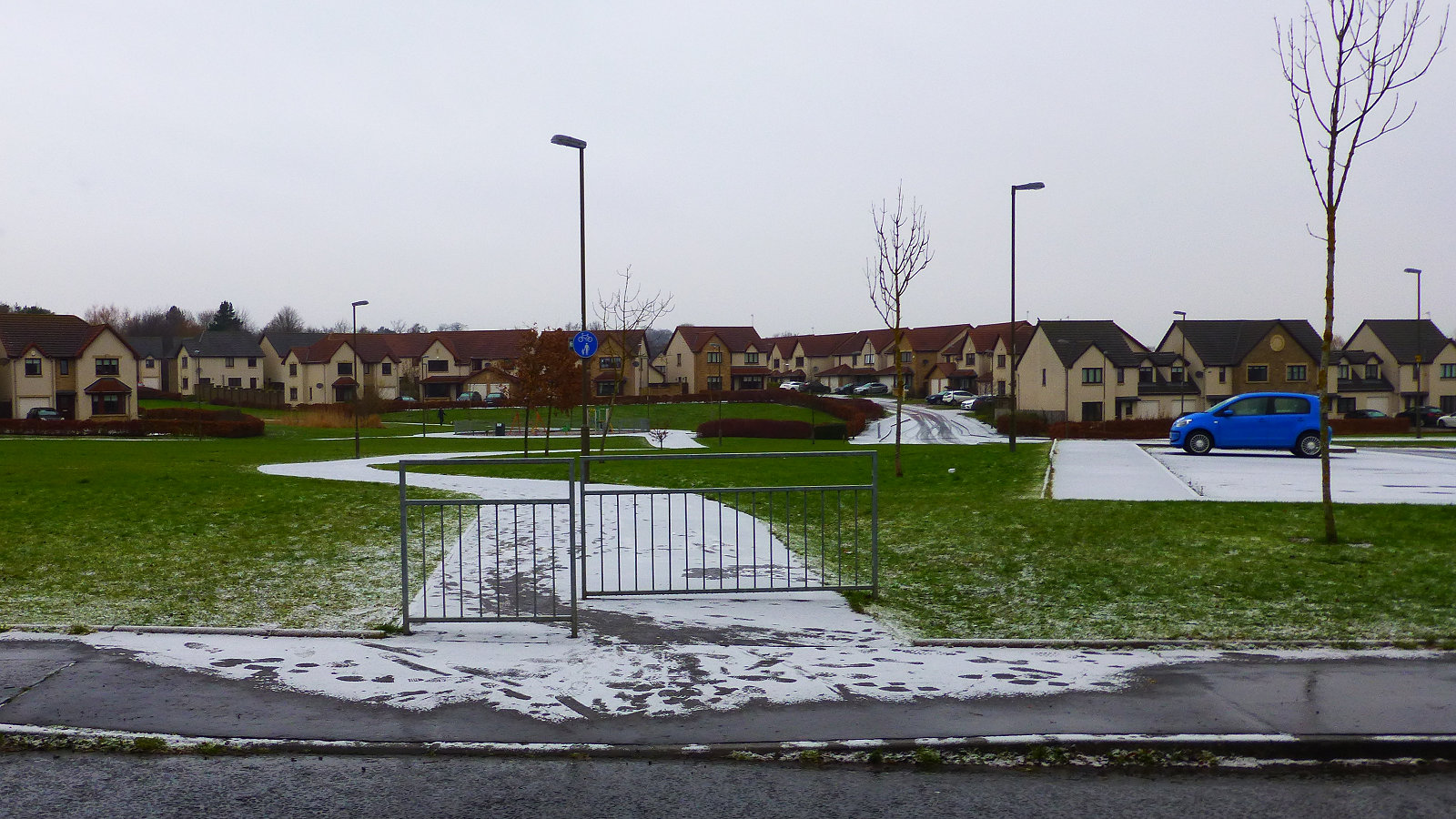 Anyway, WayOfBaird was on the way, so gave me 85 points for a revisit and passing by Wishart gave me another 170 points for a takeover, as did A7View for 155 points. I then completed a series of takeovers around Eskbank, with Eskbank, Hardengreen, Witchtakeoff and Strawberries all adding 155 points each. Next across towards Dalkeith with EskPath, WhichKing and HolyBuccleuch providing 170 points each. 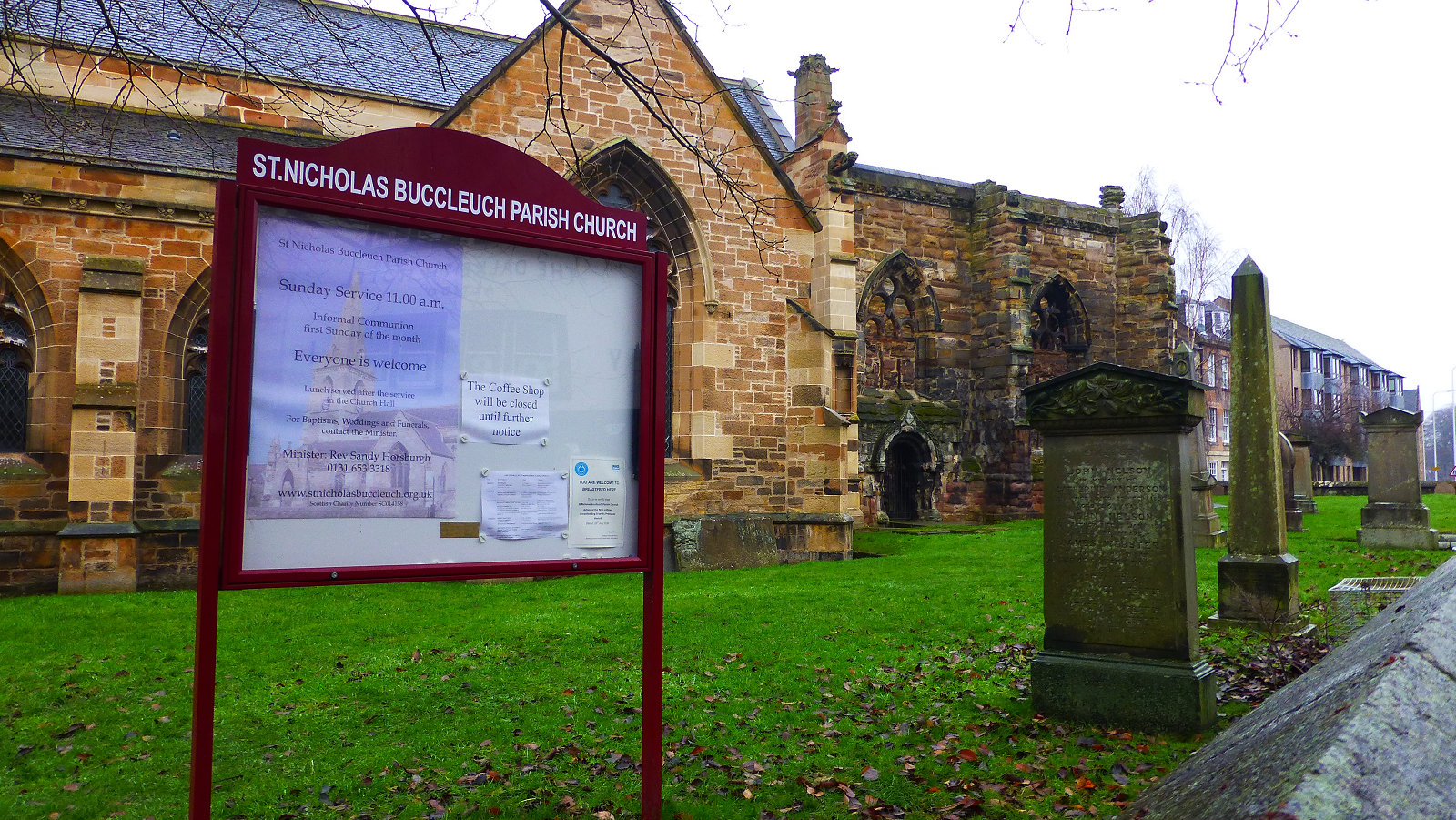 The medical center with the appropriate zone name of SayAhhh offered up another 185 points, then it was across to the Woodburn area to take a JamesTheLean (185 points) a zone I’d missed on an earlier outing, followed with Peppermint, at 185 points with a further 50 points as a neutral zone.

My walk was now heading upstream, following the River South Esk past Newbattle Abbey, where much activity was apparant. The car park was full of cars, vans and articulated lorries, the gardens were hidden beneath two or three very large marquees and banks of powerful floodlights were dotted about the place. A large sign indicated filming was taking place. As to what was being filmed it was difficult to see.

However, back to turfing. As I was passing anyway, SouthEsk gave up 93 points for a revisit, and Beatles proved another 155 points. Passing the Police station, BikeSlooowly was another revisit for 78 points and a final zone, CollegeZone, added 155 to the score for the day. No changes to rank today but round total now over 17,600 and overall total points sitting at 61,900.