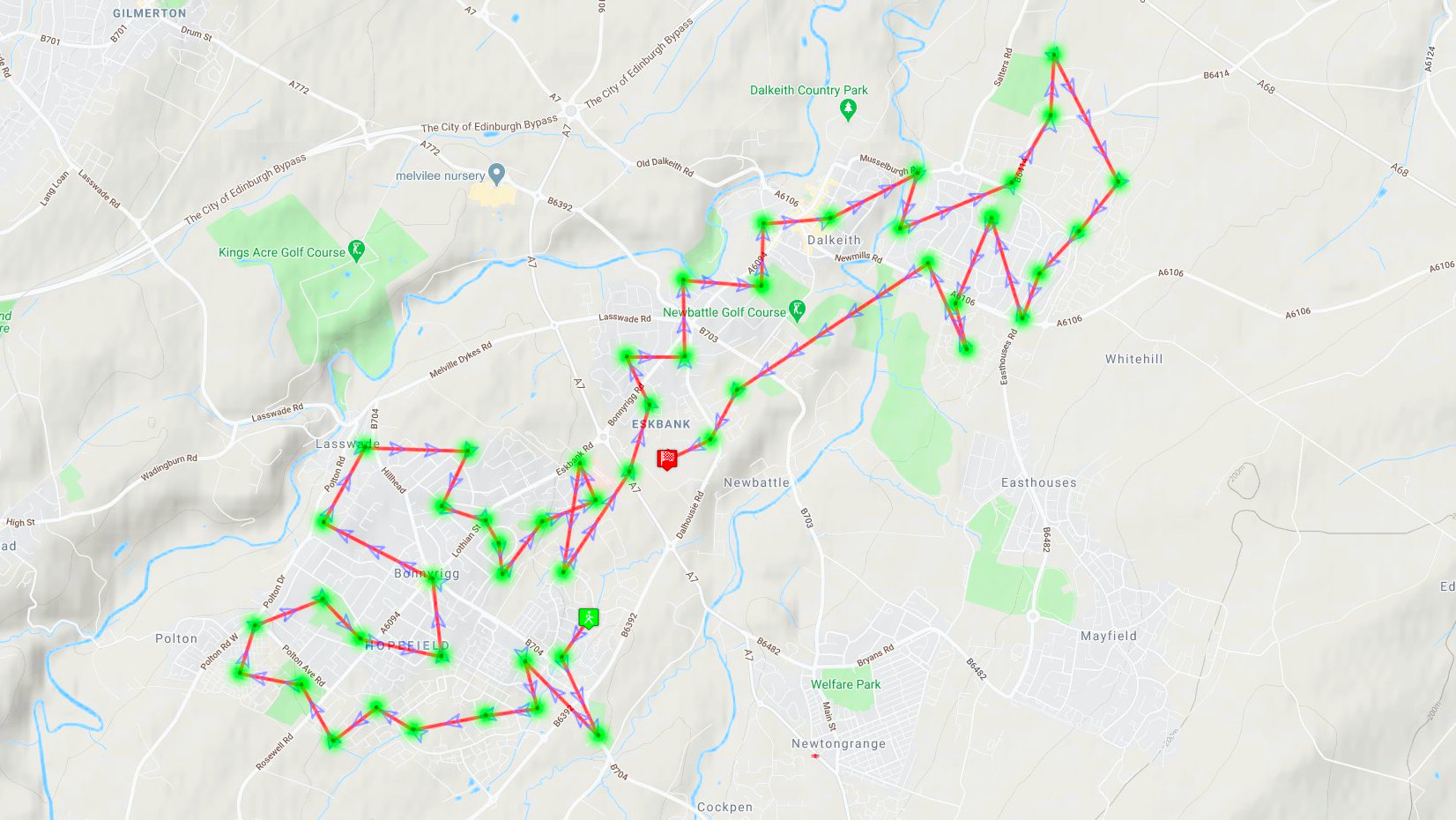 Sunday yesterday and I found it interesting watching the start of a new Turf round. First sign that something was happening was a flurry of turfman icons appearing a few minutes before 11.00 am, just prior to the zone reset. Then there’s the warnings, followed by the countdown on the Turf app, all very exciting. Then the zones start to change, first just a few, then spreading like a sci-fi disaster movie when all the lights go out, and soon all zones are reset to neutral and the madness begins.

My own madness started soon after 11.00 am, once my partner had confirmed she was meeting a golf buddy for a round at Melville Golf course. I might have wondered why anyone would be playing golf today, the temperature was hovering around freezing, snow and sleet had been forecast and it was pretty wet underfoot. But then again, here I was togging up as if to cross the Cairngorm plateau in winter, heading out on a bicycle of all things and visiting invisible zones to claim virtual points, so perhaps not so unusual after all. 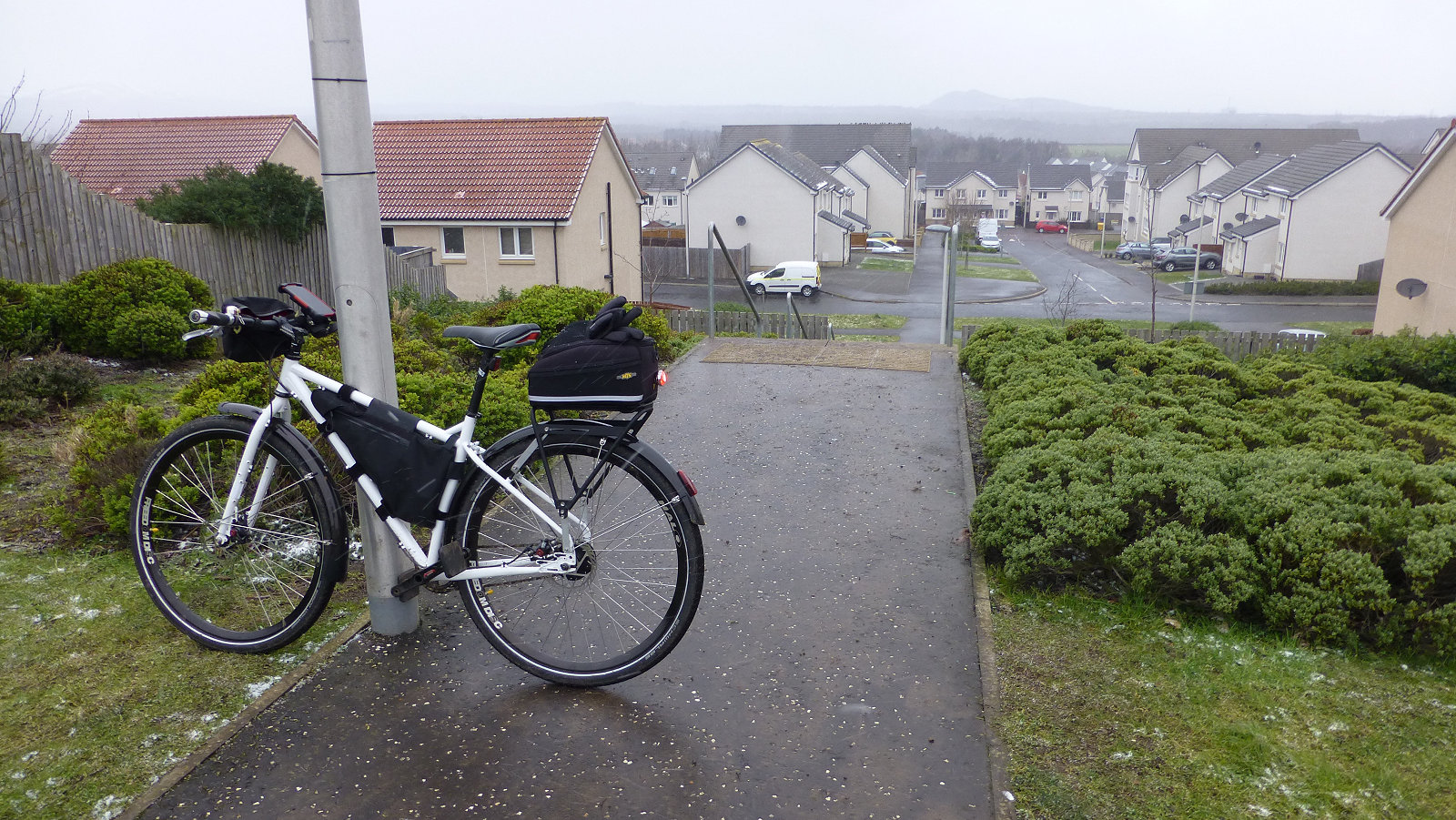 With all zones now neutral, there was no need to venture far from home, so all the zones in Bonnyrigg were my targets for the morning, and hopefully, I’d be able to take them all before other turfers also ventured onto my local turf, as it were. Most of the morning was spent doing just that and by lunchtime I’d run out of Bonnyrigg zones. I’ve mentioned all the Bonnyrigg zones before, so won’t list them all again here. A few I will mention though

One is zone Flash. I’d wondered where the name came from and spotted it this morning, a nearby street Gordon Avenue, giving us Flash Gordon. Another couple of zones also had me wondering since I first took them, LadyMarion and RobinAndTuck. Obviously to do with Robin Hood. Then I see the obvious, both are located on the Sherwood estate. Another, WitchTakeOff, is at the end of Broomhill Drive, so another resolved. Another zone I wondered about was Beatles, located beside a sculpture of a unicorn. Some research revealed a reference to the well-known 60’s group The Beatles. Another one solved. One other local zone, TheGuitar, was a mystery for a while until I realised the pattern – there’s a street, Gibson Drive, nearby. 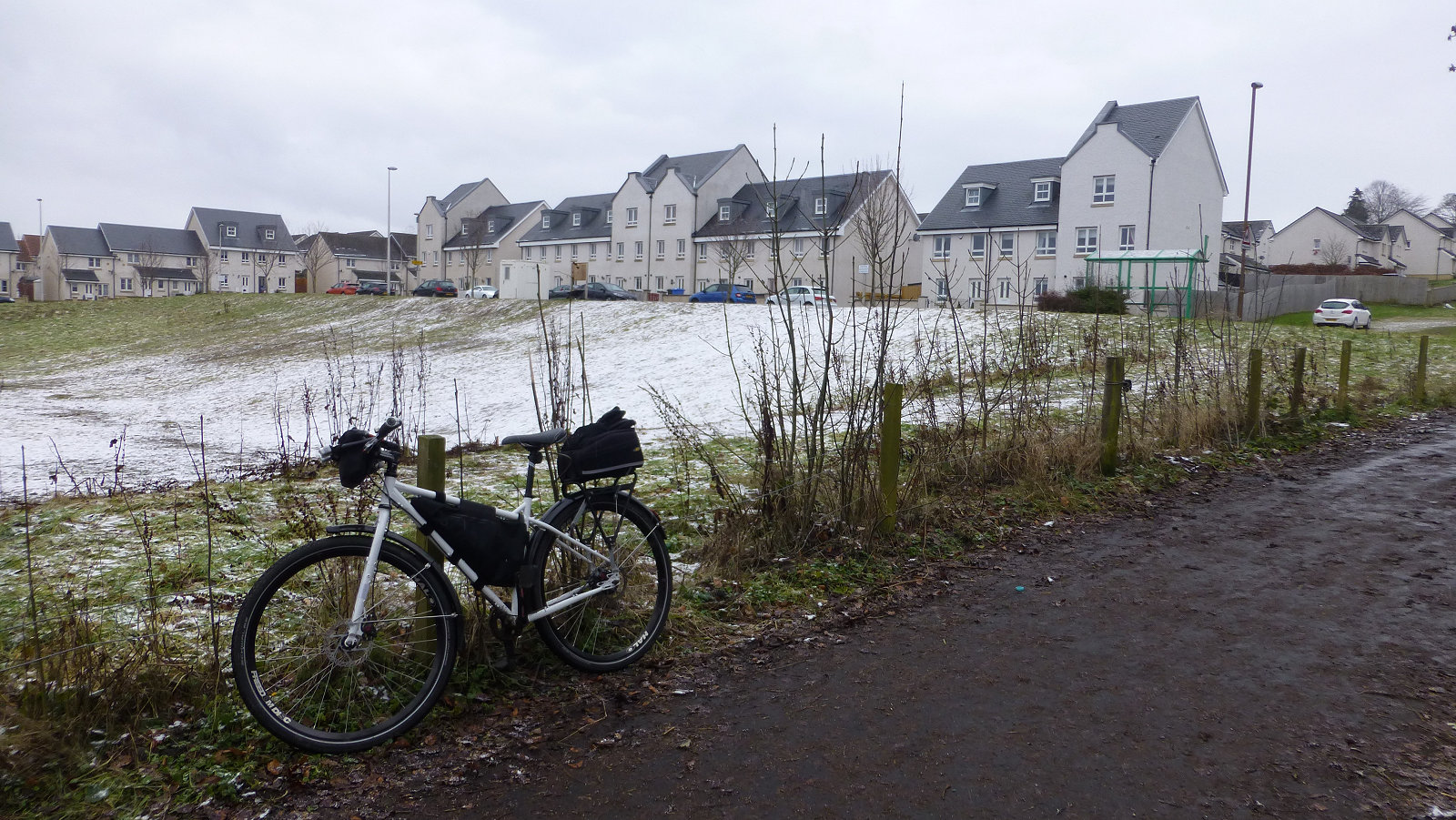 My initial plan was to find some shelter out of the biting wind to stop for lunch but my toes were fairly nipping with the cold and being only 5 minutes from the house, I headed back home for a warm up, some lunch and to complete a few Sunday chores. After lunch, EskBank and Dalkeith were my target areas. This time I was wearing boots and my toes were nice and toasty warm.

However, by now I’d company, with turfmen (or is it more politically correct to say turfpersons?) appearing on the app and most of the nearby neutral zones had already been taken. I noticed turfer JenH close by in Dalkeith, while I was at zone HolyDalkeith but the turfer went dark – switching off their GPS – as arrived in the area and I couldn’t see any likely candidate.

However, I did meet and chat with Cruachan at zone JamesTheLean. Nice to meet and speak with you, Cruachan. I then picked off a few more zones, all re-takes without the neutral bonus, and also snapped a few pictures to add to the blog, then headed for home. Only a few minutes before I reached zone Beatles, turfer Rossewan took the zone but also went dark. Turfers must be avoiding me. But would have been nice to chat. I’d set a rough target for the day of 50 zones or 10,000 points, whatever came first and managed to get both. Not too shabby for a freezing cold, snow shower Sunday.