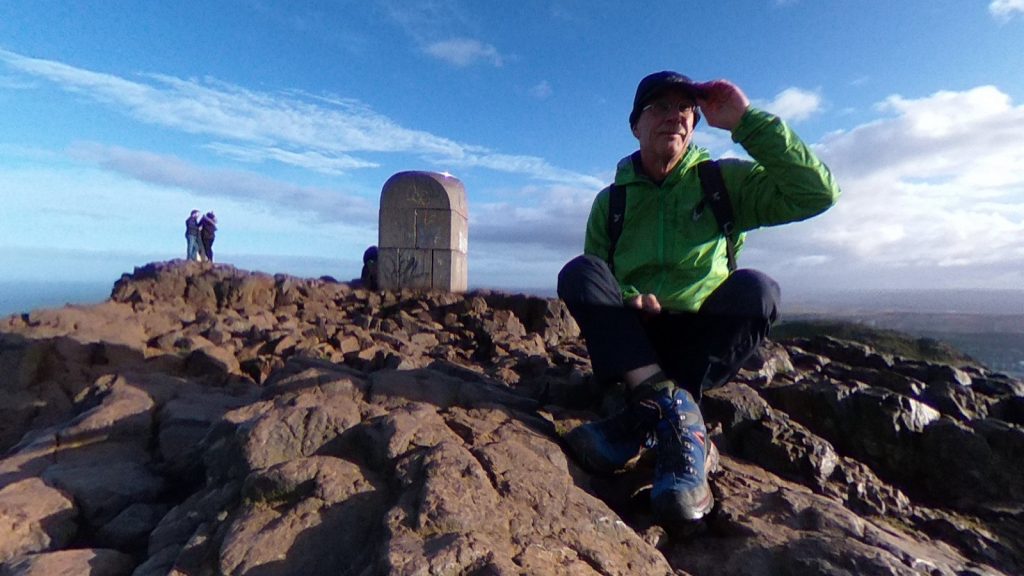 A while back I watched a program on the BBC called “Chris Packham: The Walk That Made Me“. He sets out and walks 10 miles from Eastleigh to Winchester near Southampton, along the River Itchen and the Itchen Navigation canal, sharing memories and personal reflections on the way. Most of the footage, other than a few aerial drone shots to give an overview, is recorded on a hand-held 360-degree camera, held my Chris himself. More recently, another series called “Walking with…” is airing at he moment and follows the same format. I’ve been interesting in this style of video blogging or vlogging for some time and have decided to see if I can produce something similar with turf as the theme.

Having done quite a bit of research and initially failing to discover what the actual make and model of the 360 degree camera used was, I watched another episode and worked out from the square-shaped shadow of the camera that it’s almost certainly a GoPro Max. The shadow of the mounting bolt is quite distinctive. So, I’ve decided to go for the GoPro Max 360-degree camera. Having had a couple of GoPro Hero cameras I’m familiar with them and already have some mounts I can use including a handlebar mount and a chest mount. I want to be able to hand-hold the camera while walking, using an “invisible” self-stick which I already use with the Ricoh Theta V 360 camera (image above was taken with that) and also have it mounted on both the bicycle and the kick scooter.

When I think of all the turf adventures I’ve had. For example, going out to the wrecks of the midget submarines in Aberlady Bay on the Surly Pugsley fat bike, climbing up Arthur’s Seat, kick scooting around Loch Leven and even some of the less challenging turf zones I’ve taken, this seems a great way to share some turfing adventures. Of course, I’ll need to go and turf them all again but that’s all part of the fun.

I’m fairly confident that the GoPro Max will give me decent enough footage for what I have in mind and editing won’t be a problem either. I would like to have some off-person footage as well, so may update my aging GoPro Hero 5 with the latest GoPro Hero 10 Black. The technology has leaped ahead regards video stabilization and audio recording, so probably worth the expense. I’ve also been looking at drones and the DJI Mini SE looks ideal but I’ll leave that for now. One step at a time.

So, the plan is to either walk holding the camera on the selfies stick, or cycle/kick scoot with the camera mounted on the handlebars. I’ll let the camera record sound but I also want to use another means of recording sound. You might notice in the above series that there’s twin Lavaliere microphones mounted on the orange rucksack each of the presenters carry during their walk. I’ll settle for a single one attached to myself (which I already have) and use either the GoPro Hero 10 Black or my mobile phone to record the audio tracks. To be honest, I’m winging it here as I’m not really sure if this will all work out.

Right, that’s both the GoPro Max and the GoPro Hero 10 Black both ordered direct from GoPro UK. I also signed up for the 1-Year GoPro Subscription for £50.00 and saved a total of £455.00 on the order. Must remember to cancel it before renewal. Let the fun begin.