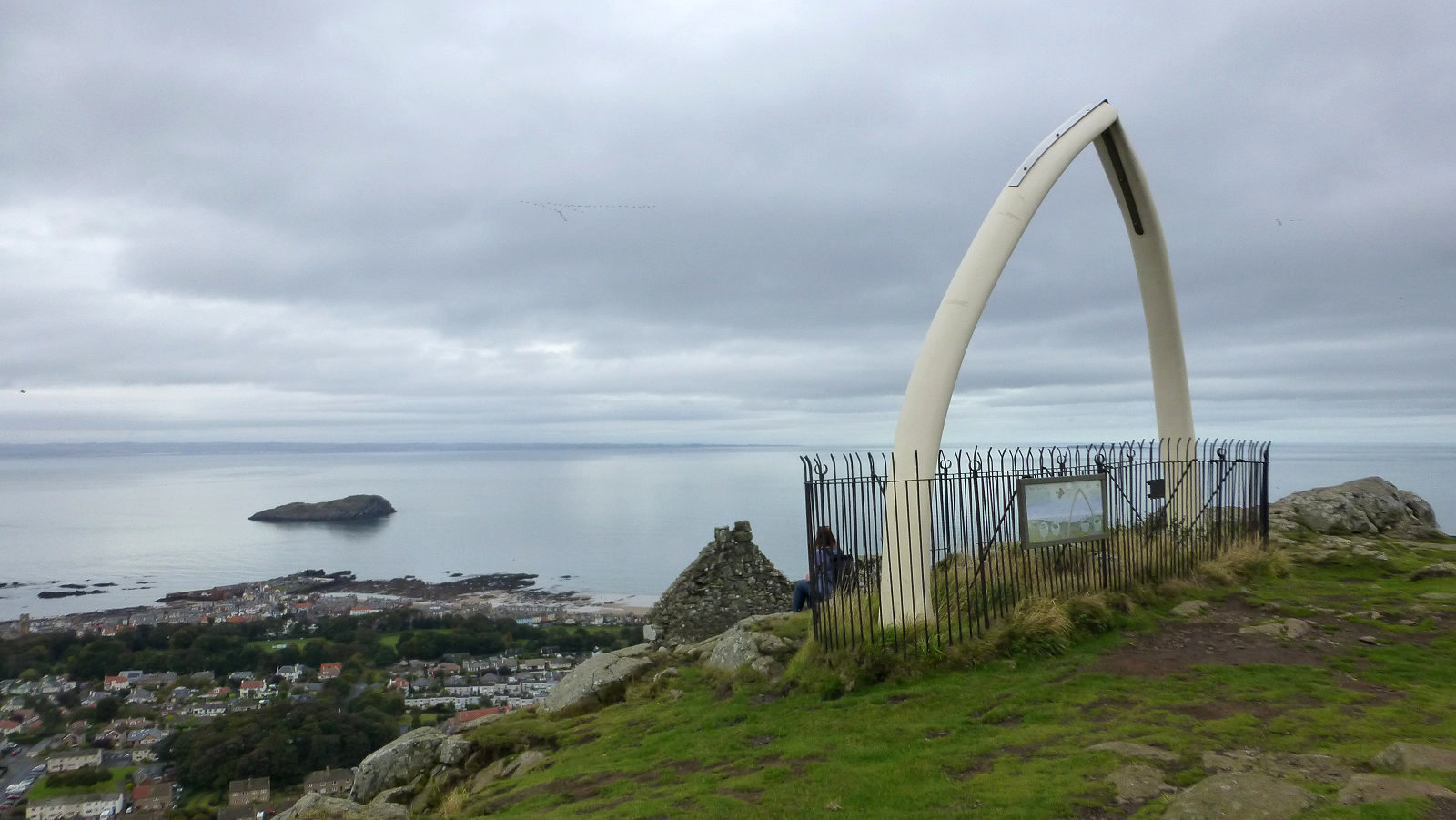 A trip down to Selkirk in the Scottish Borders to visit my parents and tackle a few urgent DIY tasks should have been straight forward. And indeed things were going well to begin with. The rear mud flap was swiftly re-attached to my parent’s Bentley Continental GT, cunningly disguised as a Ford Fiesta, followed an encounter with a traffic cone that apparently moved of its own accord. The sticking side gate was corrected by removing some offending wood with a chisel, the 30-year old fence was repaired as best I could, considering its age and advanced state of decay and an unruly triffid was excavated from the flower bed, chopped into little pieces, drenched in salt water (as per Day of the Triffids) and bagged for orderly disposal.

Then there was that final little innocuous looking plant my father suggested could be removed. The task seemed easy enough but somehow I did something wrong and had a sudden and vicious attack from the Very Despicable Pulled Muscle in the Back Goblin. Arrgh! Feck! Sugar! And that was the end of all my plans for turfing on either the bicycle or kick scooter, at least for the next week or so. Bugger! It was slow creaky perambulation or nothing. And nothing would mean the end of my current Five-A-Day run, sitting at 28 days, only 2 days short of the Daily-30. 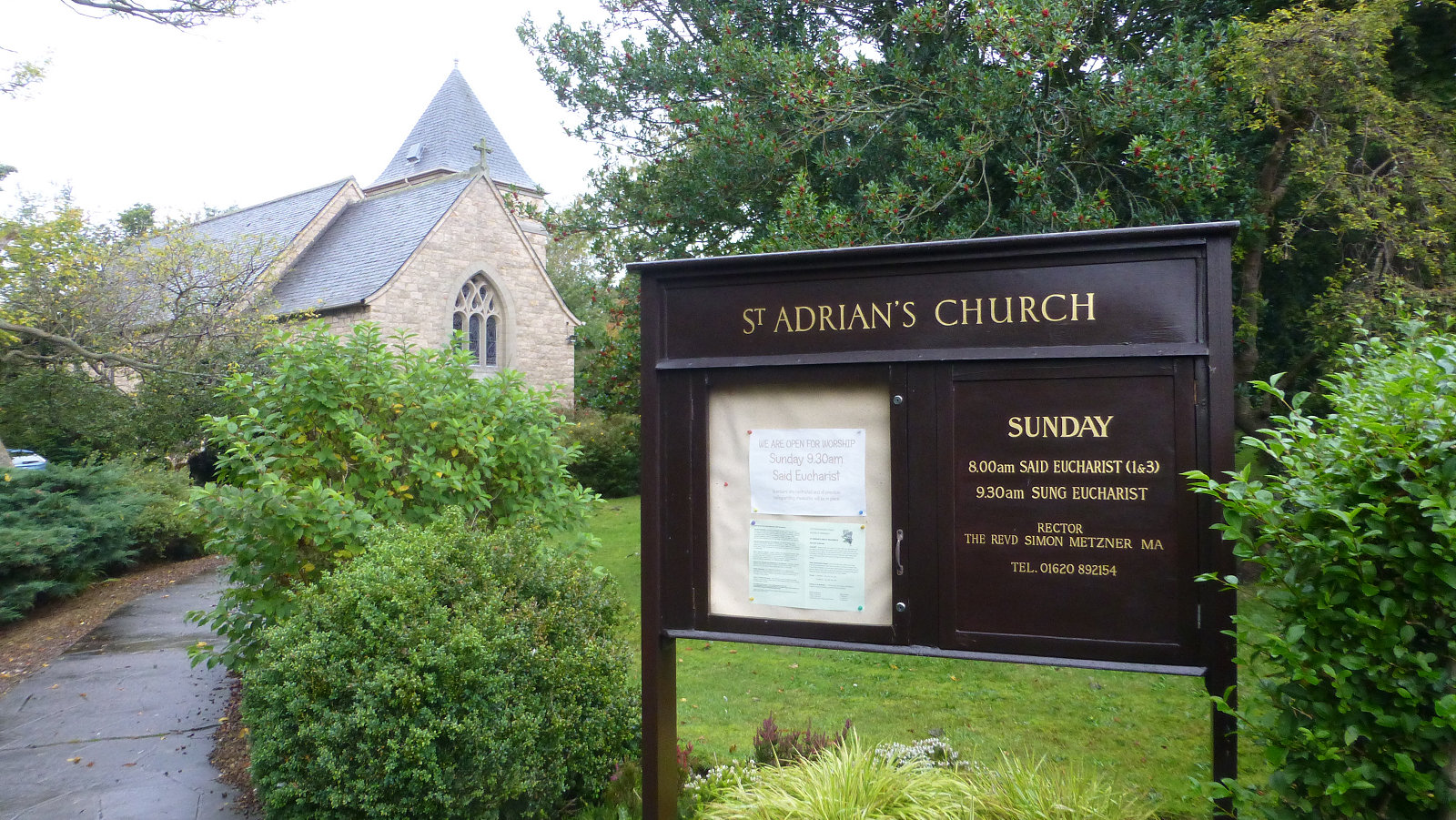 So, today, rather than my original plan to take the Surly Ogre in the car and turf Haddington, East Linton, the zones along the River Tyne in between the two towns and Traprain Law, was well off the cards. So, something less energetic and less back aching was called for. Plan B was to use the car to grab a few of the more spaced out zones dotted about East Lothian, including those that might be rather awkward when encumbered with a bicycle, for example, North Berwick Law.

With my back in its current state of ****** ****, I wasn’t expecting to grab many zones but as long as I got my Daily-5 I’d be a happy turfer indeed. In addition, I only required another 22 zones to complete my 1000 Unique medal, so hoped to aim for that as well. I started off in Gullane (oft pronounced “Gillin” and said with an accent akin to that of Prince Charles), first taking zone StAdrians, followed by GullaneHill, and finally to round off Gullane, zone Broadgait. A nice easy three zones to begin with. I was actually at zone GullaneHill last month by missed the zone for some unknown reason. The Gillanites must be a wealthy lot from the look of the properties on Gullane Hill. I lost count of how many Range Rovers (that don’t know what off-road means), Porsches (polished to perfection and only driven on sunny Sundays), beautiful Bentley’s (my dream car) and one tatty yellow Reliant Robin, that I encountered. 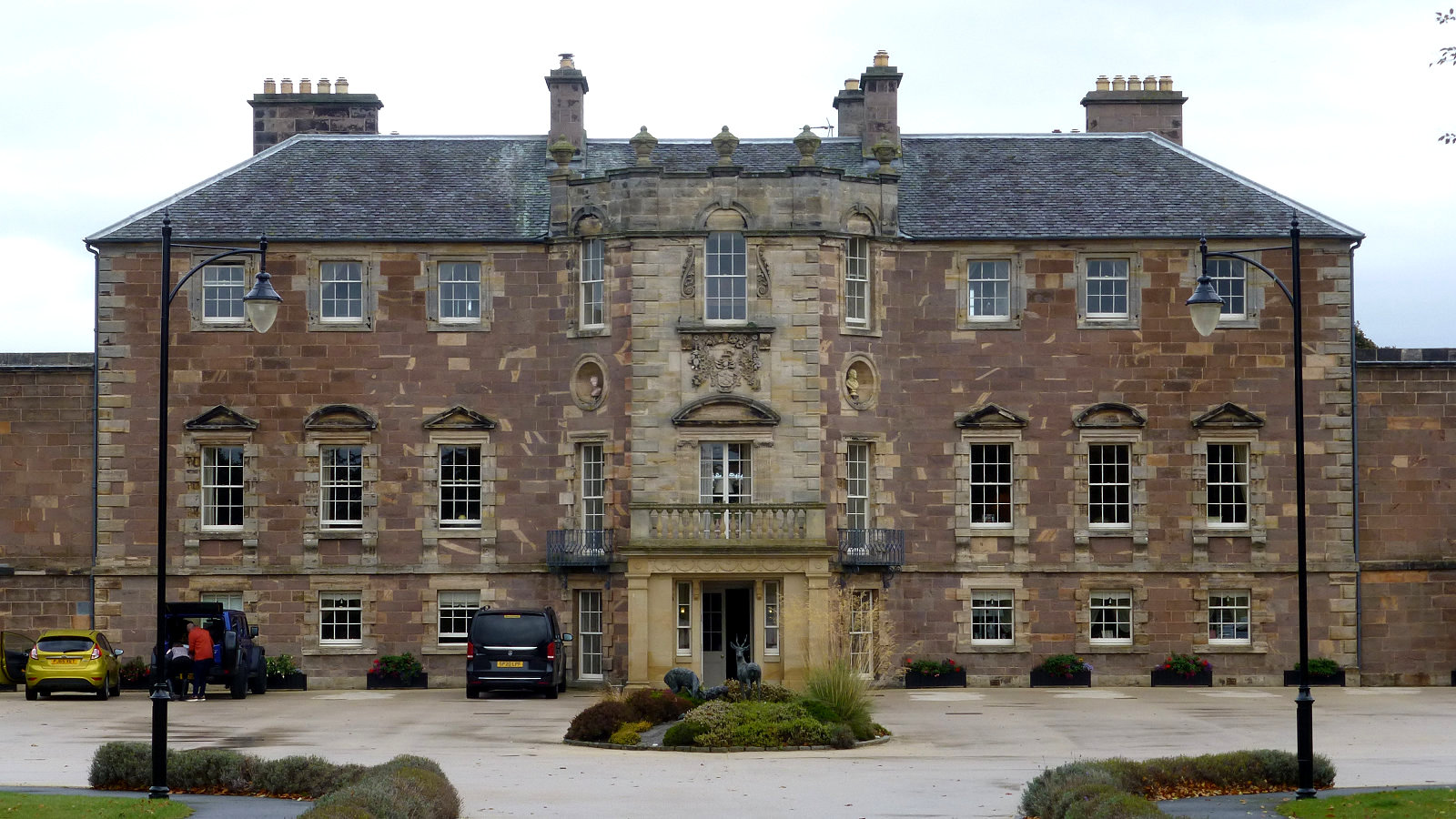 Next stop was zone Archerfield, in Archerfield estate. This was perhaps my easiest zone take ever bar none. I stopped the car at the roadside outside the entrance to Archerfield House, getting tooted at by some brainless dickhead golfer in a Hummer of all vehicles, wrestled myself carefully from the car with only a few minor grunts, groans and numerous swear words, then took two steps and heard that wonderful message, taking zone. If only I driven across the grass and onto the pavement I could have stayed in the car. Collapsing back into the driver’s seat – more swear words – I drove the short distance to Dirleton, parking at The Green. Dirleton offered up another three very easy takes. First zone DirletonKirk, then zone Dirleton at the entrance to Dirleton Castle (which was closed) and finally a short walk along the street gave me zone DirletonGreen.

That was the easy stuff done. My next destination would not be so easy, North Berwick. And to be more specific, the half-dozen or so zones on and around North Berwick Law. My reasoning was that these would be easier on foot rather than with the bicycle or kick scooter. Lugging either up The Law might be considered fun by some, and I would love to take a few photographs of Pugsley at the top, but perhaps better avoided. Actually, I lugged Pugsley up The Law about 10 years ago but I’m slightly more sensible these days. Having said that I will probably return with the Swifty Air kick scooter for a photo shoot one day. 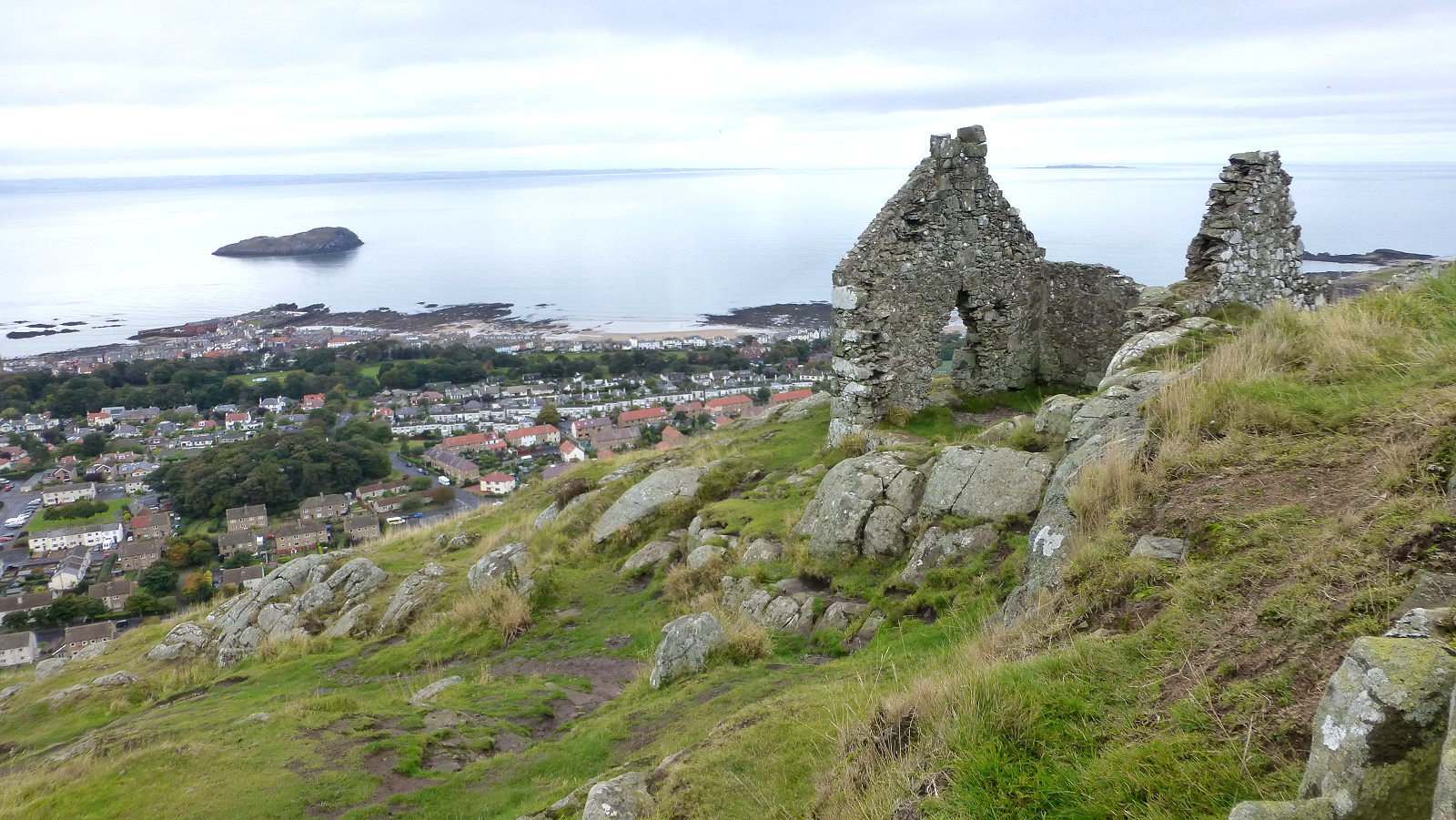 The car park at the foot of The Law makes the ideal starting point, and it’s free as well, at least for the time being. No doubt East Lothian Council will be installing money-making AI-controlled Skynet ticket machines, ANPR cameras for those that don’t pay and God knows what else in the near future, perhaps even a real human warden! The first zone, called CanYouMakeIt, it aptly named. As I hobbled my way along the rocky path these were my very thoughts. Can I make it? Is this a good idea? But I surmised that keeping the muscles moving with gentle exercise was the way to go.

The naming of the next zone, DidILock, is either pure genius or pure nastiness. It’s just what you need when half way up North Berwick Law, something to make you think about whether you’ve locked the car or not! Very funny. I wonder how many turfers let that seed of doubt take hold and then head back to the car to check? On route to the summit zone, BerwickLaw, the path was blocked by an Exmoor pony. It took a fair bit of arm waving and shushing to get it out of the way but eventually it snorted “Nay worries” and sauntered away. I’m pretty sure it’s expression said bloody turfers! 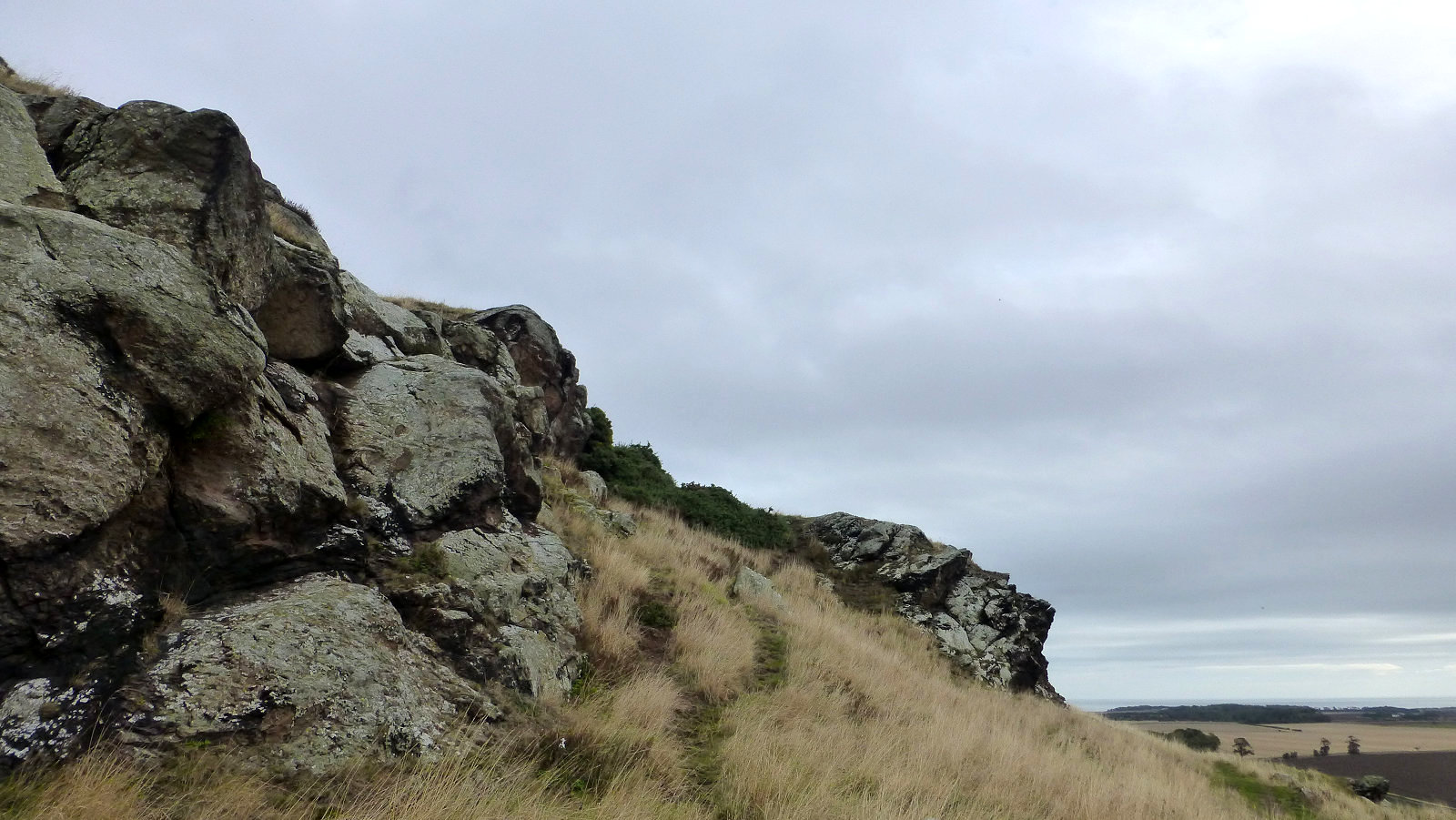 With the two zones actually located on the hill now taken, I looped anti-clockwise around the foot of the hill, to the south, taking zones GateyMcGate, SEOfTheLaw, DovecotLaw, HeughGate, TurfSkate (I was passing anyway) and finally WalkTheLaw, located beside the pond. I probably took the long way round to get to zone WalkTheLaw, entering from Glenburn Road. I suspect there might be a path leading down from the Heugh Reservoir and if I backtracked from zone HeughGate, I’d have saved some time and effort.

Back at the car, it was time for lunch and a quick review of the day’s takings. I’d managed a pathetic 16 zones so far, which is not a lot it must be said for three hours’ effort, but at least that’s the Five-a-Day sorted and a few out of the way uniques ticked off the list. But the best thing was my Unique count was now at 994 zones, leaving just a final 6 zones to get the medal. I’d earlier thought about seeking out a few more isolated zones in East Lothian, for example, across in Tyninghame, or the one at Chester’s hill fort, or even Traprain Law. But to be honest, my back was complaining and with the sun just about making an appearance down in North Berwick, I decided a final flurry of easy walking takes around the town centre would be a better option. I planned for the Scottish Seabird Centre to be my final 1000th zone. It also my favourite place for a coffee. Where else can you sit outside in the fresh air, supping a freshly-brewed coffee, munching a yummy jammy scone, enjoying the splendid view and birdwatching at the same time? Fantastic. 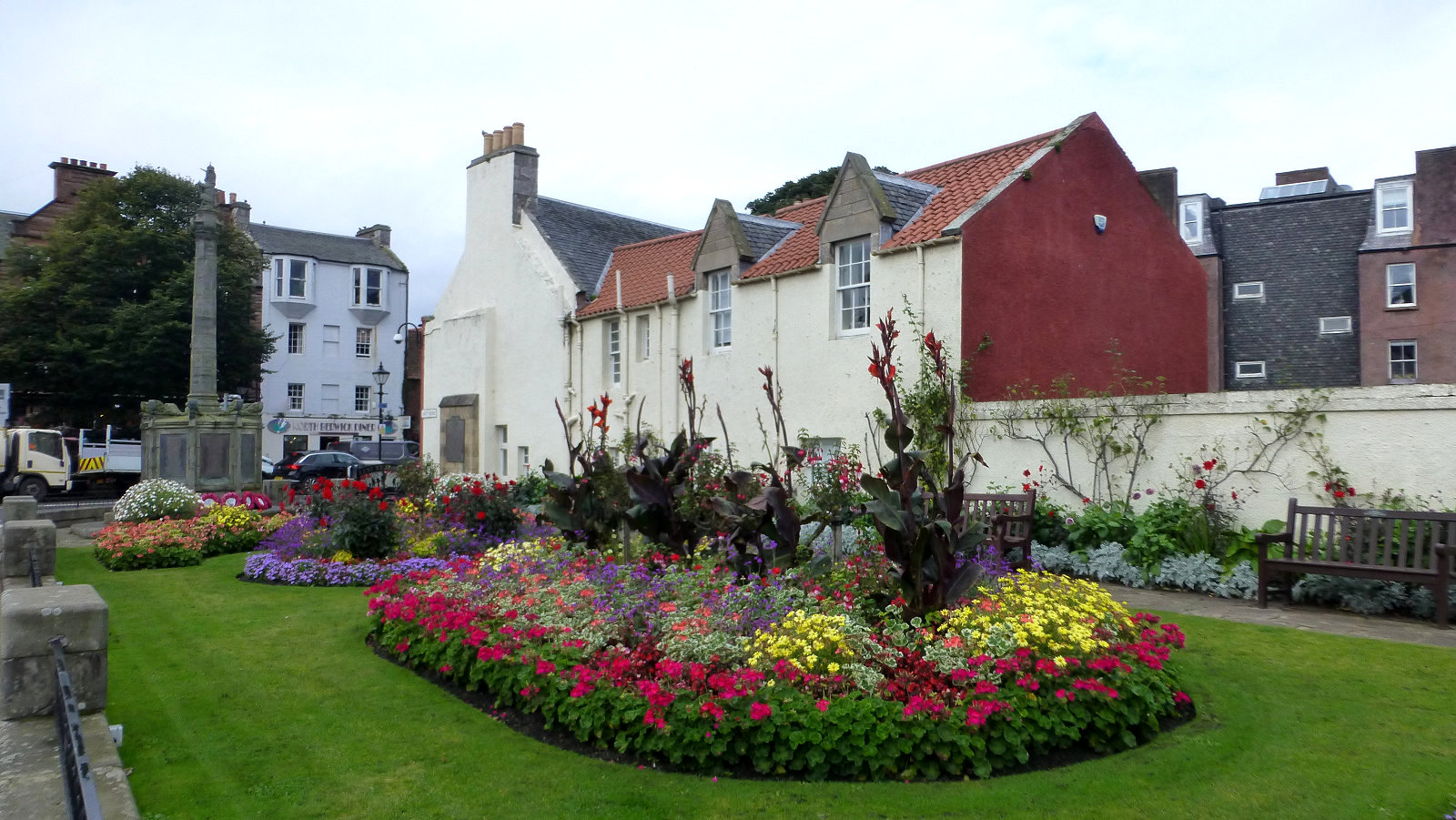 Being a week-day, I managed to find a parking spot along the front no worries, not even a stone throw from zone MilseyBay. Next, off towards the town centre for zone MemoryCorner, StAndrewsWell in the park, OldAndrew, the remains of St. Andrews Church, then along the High Street for zone HighAdder, or St. Andrews Blackadder Church, and finally zone SSC at the Scottish Seabird Centre. And, of course, that seemingly long wait for the medal pop-up to appear. Which it did. The 1000 Unique medal was mine, all mine! I finished off the day with another zone, ObserveCraig, out on the rocks at the harbour. Seemed a shame not to take it while so close. It would have required some bike carrying if I’d been cycling anyway.

There’s still another 40 zones or so in North Berwick but that’s a turf session for another day, probably on the Ogre or Swifty kick scooter. There’s also another 13 zones dotted along the coastline between North Berwick and Seacliffe and that lot is best tackled on foot, so plenty more uniques still for the taking. Which is just as well as the next Unique medal is the 2500 Unique. That will require all the remaining 1500 zones in East Lothian, West Lothian, Midlothian, the City of Edinburgh and the Scottish Borders. I think I’m going to be busy. 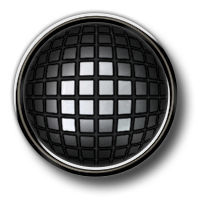 1000 Unique – this medal is worn by the awesome turf-fellow who has grabbed at least one thousand (1000) different zones.