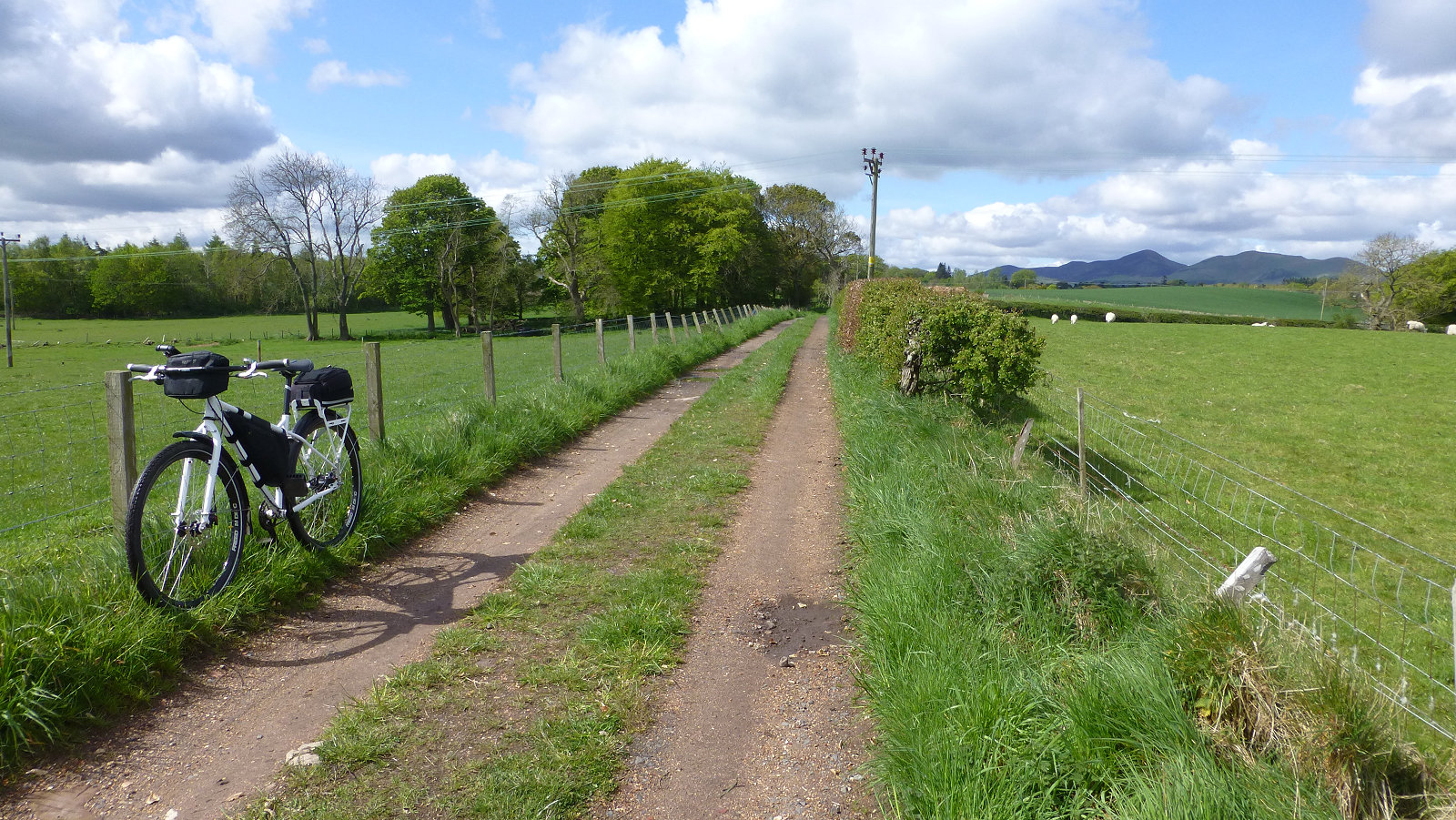 It’s the 12th of August and its Thursday night. I’m thinking back some 40 years, when I lived in Selkirk. Most young lads of 19 years old, having reached that age, would have been downing too many pints of the amber nectar at the Towns Arms, The Fleece or even the County Hotel, or trying their best to impress a young lass outside the chippy with a smoked sausage supper, or perhaps partaking of a sensible sporting activity, which, down in the Scottish Borders, would probably have been rugby.

I suppose I did do these things – not rugby, I hated rugby – but I much preferred being alone in the Great Outdoors, usually fly-fishing on the Ettrick Water, or exploring the local rivers, woods and hills of the Southern Uplands, or cycling from Selkirk down to my uncles on the Lowood Estate, near Melrose, to try, usually unsuccessfully, to photograph heron and duck on the small pond there. I also spent a lot of time under the bonnet of my first car, a £300, 10 years old “J” registration Mini-van, trying to keep to it running. As a 19 year old, it cost me another £300 for third party only insurance.

Today, I’m riding my bicycle along an old railway line searching for invisible things called zones, where I stop, wait for 21.8 seconds precisely and then pedal 0ff furiously in search of another equally invisible zone, and there after repeat until either all invisible zones are found, I’m getting fed up or totally knackered. Or perhaps all of the above. No wonder passers-by look at us oddly as they pass us by, often in a sudden hurry to be elsewhere after I explain what I’m doing. Strange what we end up doing in later years but at least I’ve never lost my passion for bicycles, cycling and photography. I gave up fly-fishing, mainly because I was hopeless. I’m sure the trout on the Ettrick Water and the salmon on the River Tweed all had a good laugh when they saw me approaching. Must be comedy night, lads! I was better at tying fishing flies than actually fly-fishing. 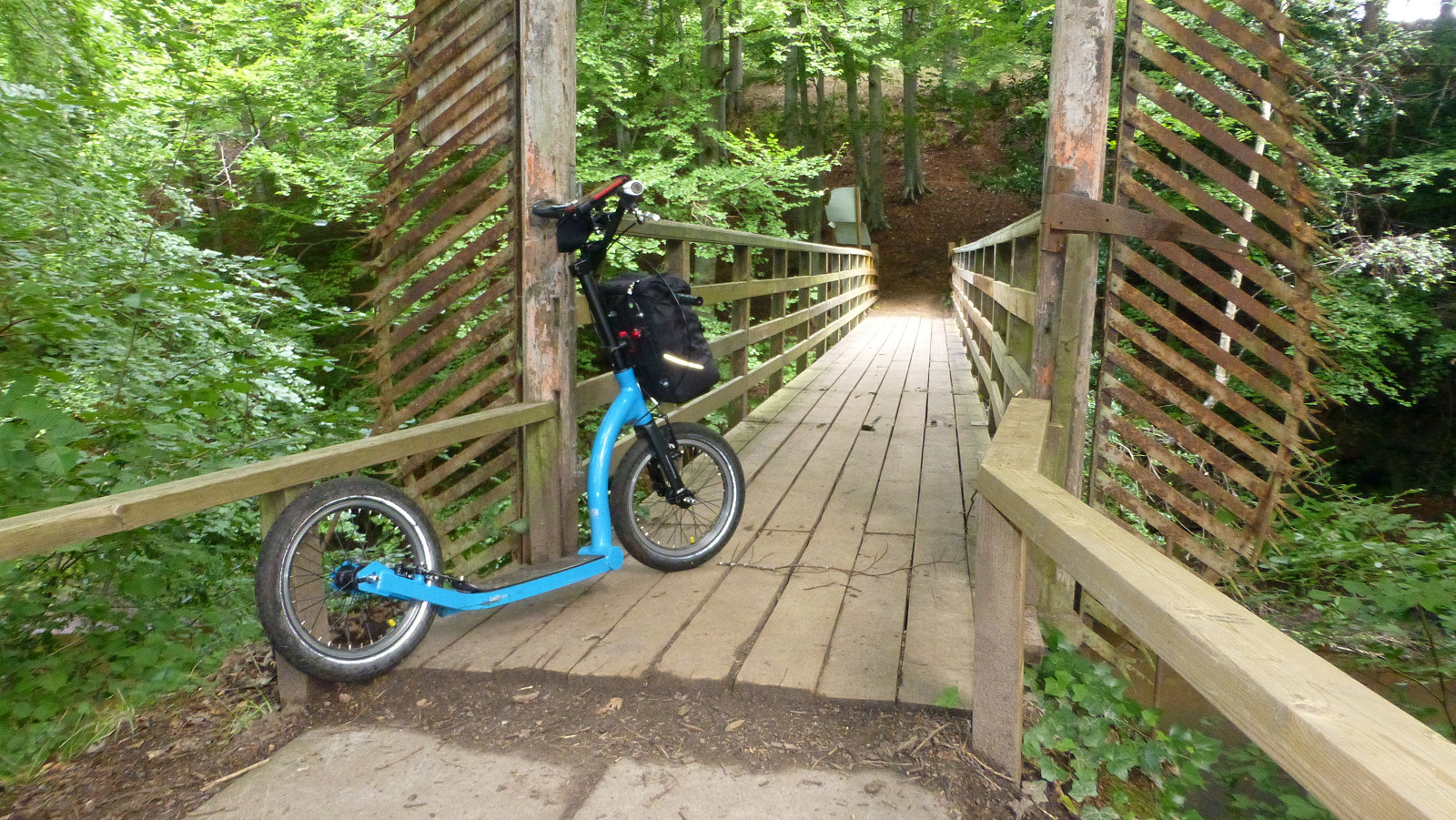 Tonight, it’s the Diversier medal again, trying to add another bunch of round unique zones towards that still distant, though slowly becoming within reach, 500 round unique target. My plan tonight was head up the cycleway to Roslin, then ride east, taking in Loanhead, Danderhall and Newton Village. And the great thing was most of the takes would be round uniques.

The Dalkeith to Penicuik cycleway gave me a couple of takes, with another two at the old gunpowder mill in Roslin Glen. Cycling the steep hill from the river up to Roslin, is a breath-sapping, sometimes scary, hard slog. Not the most pleasant of routes traffic-wise, particularly when you hear the over-loud exhaust of a speeding boy racer approaching from behind. Thankfully, a sensibly-driven Tesco delivery van was protecting my rear through the twisty blind-bends, so I didn’t need to worry about the young idiot smoking a spliff in the aging Ford Fiesta with wheels worth more than the car and a 6″ diameter sewage pipe for an exhaust. 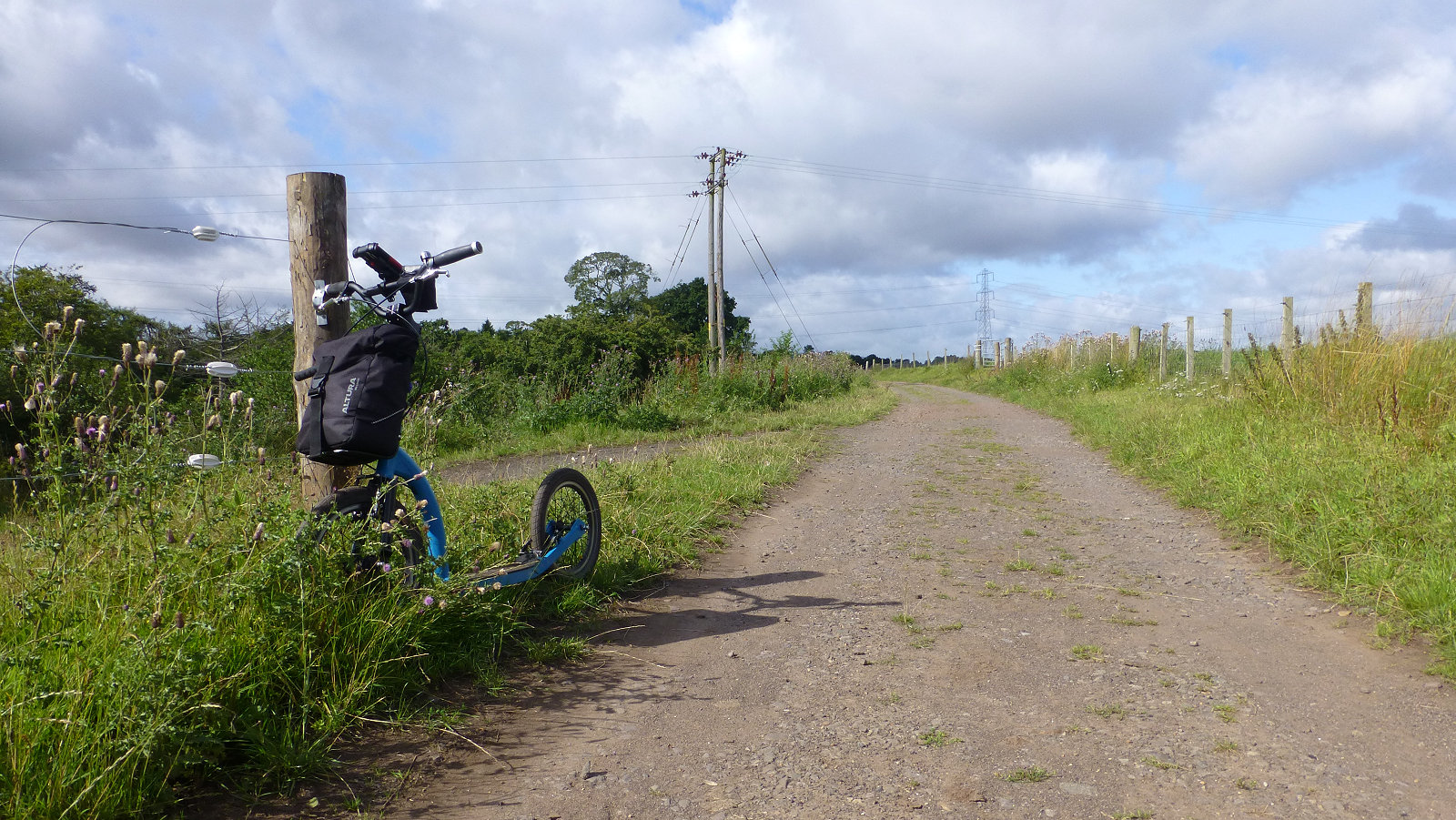 While the steep climb had been uneventful, my usually trusty Surly Ogre was really trying hard to annoy me. And succeeding! If you’ve been following this blog, you will be aware of an annoying click when I turn the pedals. I’ve tried all manner of things to remedy the fault but after that climb the click is now a double click, click-click, click-click, click-click. Hopefully, the replacement crank bolts will arrive soon.

However, despite the annoying click-click every time I turn the bloody pedals, the run along the cycle way to Loanhead is always a joy. Either flat or slightly downhill, and it’s fast, smooth surfaced and fun. As usual, I considered trying for a better Eager Ferret time but fair-weather summer evenings are not the ideal time, too many dog walkers, commuting cyclist and horse riders about. In fact, I encountered a dozen of the latter as I approached the Bilston viaduct. Thought I’d best give way rather than risk having a frisky crazy-horse take a wobbly at the sight of a mere bicycle riding turfer wearing multi-coloured shorts and a bright yellow t-shirt. Wonder if my Ogre’s annoying click-click would have spooked them? 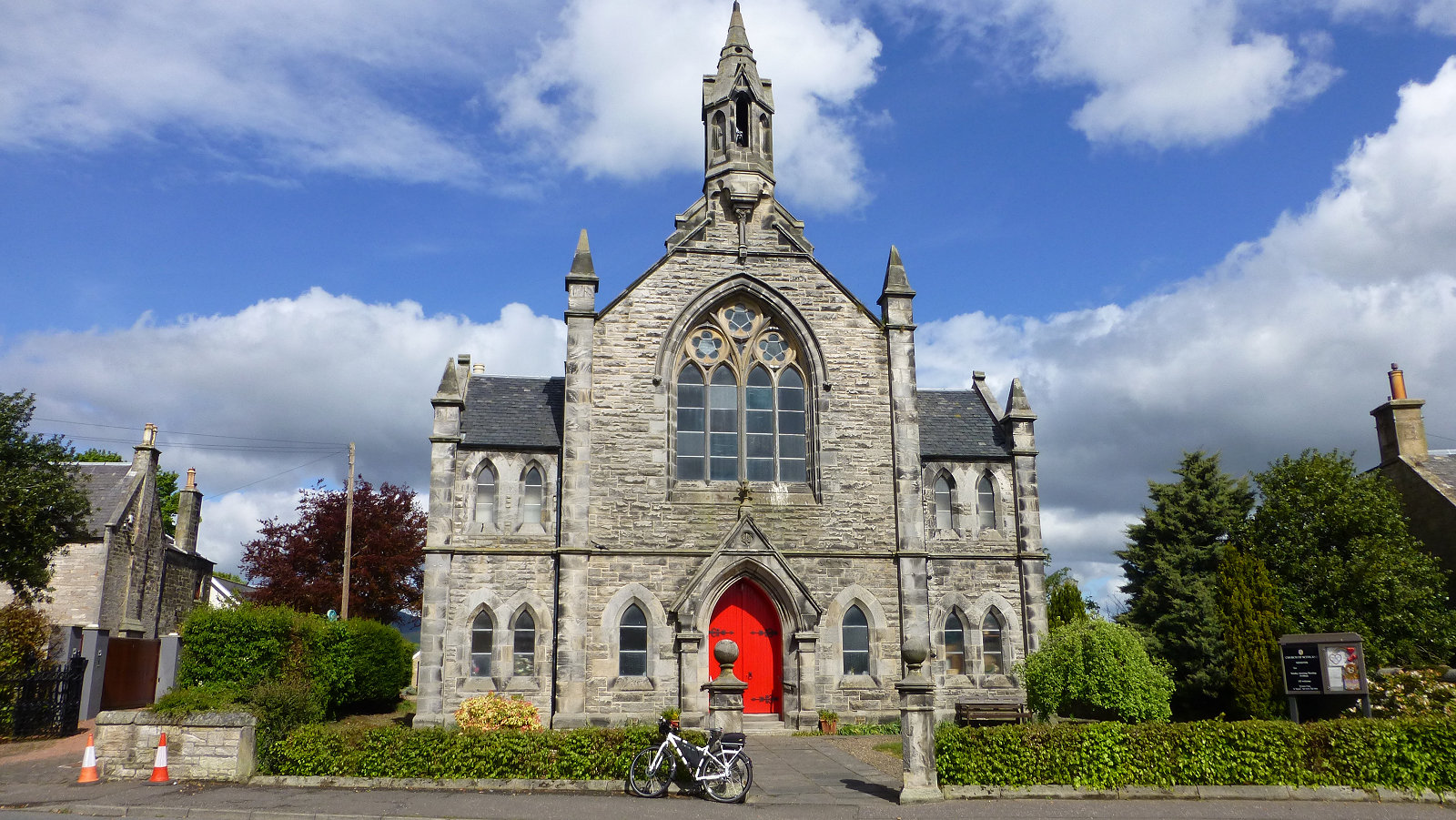 Loanhead, after another million or so brain numbing pedal-induced click-clicks, gave up another ten zones, not including those actually along the cycleway. So, doing well so far. Danderhall, Newton Village and Shawfair added another dozen zones, with a final round unique at the Sheriffhall roundabout giving me a grand total of 55 round uniques. This takes me up to 286, so slowly getting there. I started off around 6.00 pm, cycled for some 30 Km (19 miles) and by the time I reached Shawfair it was 9.00 pm, so three hours in the saddle for 55 round uniques zones isn’t very efficient. Having said that I actually took 69 zones in total, so perhaps not so shabby an effort overall.

By 9.00 pm it was noticeable that the nights are drawing in again. Sunset is around the same time at the moment and it was decidedly cooler, almost Autumnal. I was glad to have brought extra layers to my shorts and t-shirt for the last leg home to Bonnyrigg. It was also near lighting-up time and I think my bike lights will soon be attached permanently. 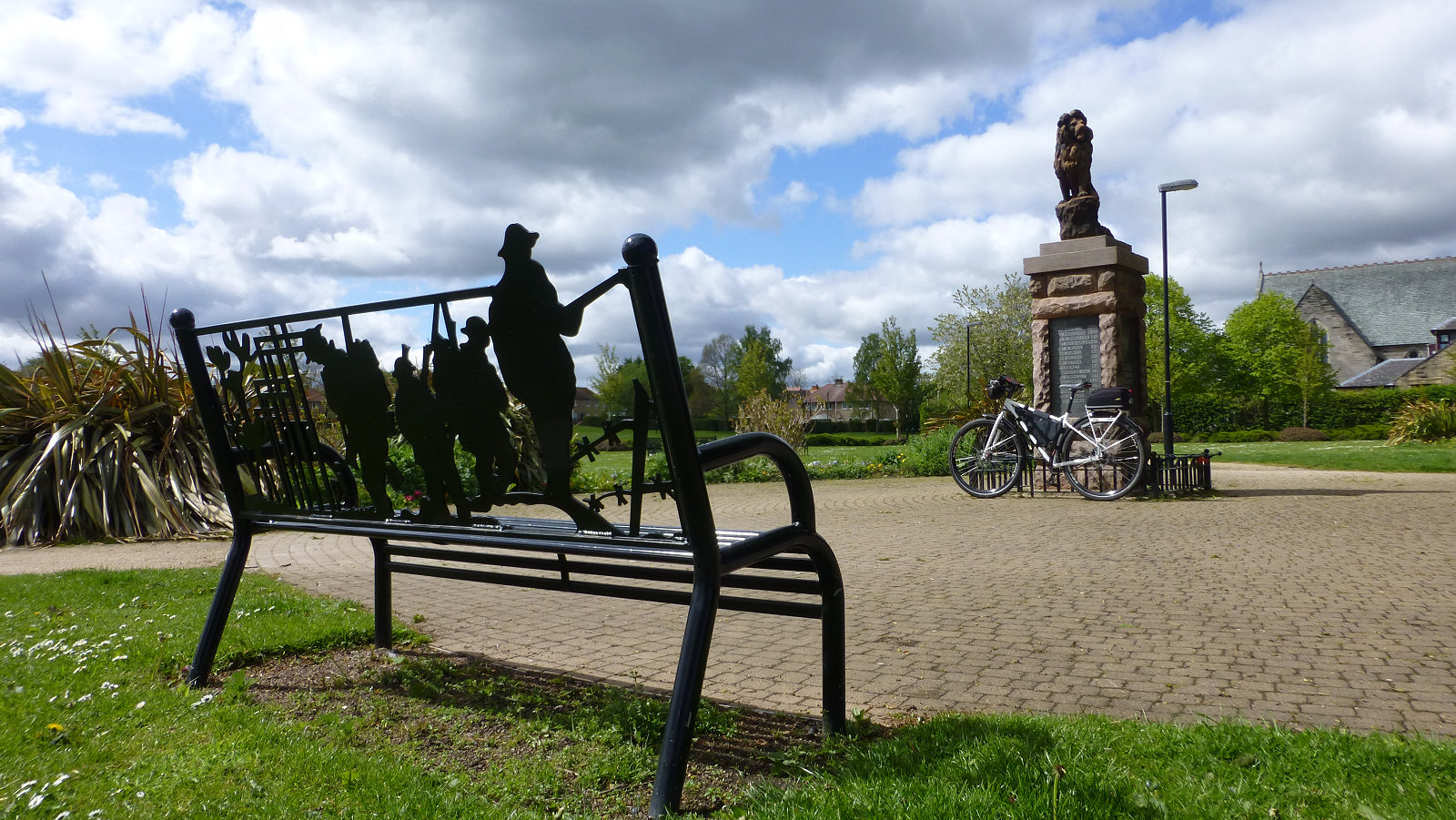 Next day I added another ten round uniques zones with a 12 Km (8 mile) trip around Dalkeith country park on the Swifty Air kick scooter. This brings me to 296 with 204 left still to take. The excellent turf tool at https://turf.urbangeeks.org shows that Wallyford, Tranent, Prestonpans and Longniddry will give me another 120. Add another 20 if I head out along the old railway path towards Ormiston, then across from there. This leaves me requiring just a final 60 to get the Diversier medal and I reckon the Penicuik to Bilston area will provide that with some to spare. A plan of sorts. Out of interest, while I’m not making any effort to actively go for points, to date, I’ve managed to collect over 95,000 points so far, hold 150 zones and have a PPH of 250.

Now having an idea of the amount of effort required for the 500 round unique takes required for Diversier medal, my thoughts cannot help but turn to the next medal in the series, the Diversiest, requiring 1000 round unique takes. Even with a 35-day round, this would be a real challenge, will require some careful planning and no small amount of effort. You would be looking at an average of about 30 takes each and every day. More during a 28-day round. That additional 500 round unique zones would likely be in Edinburgh, and pretty much all of Edinburgh, unless I use the car to travel further afield. Some food for thought. More tomorrow, probably.