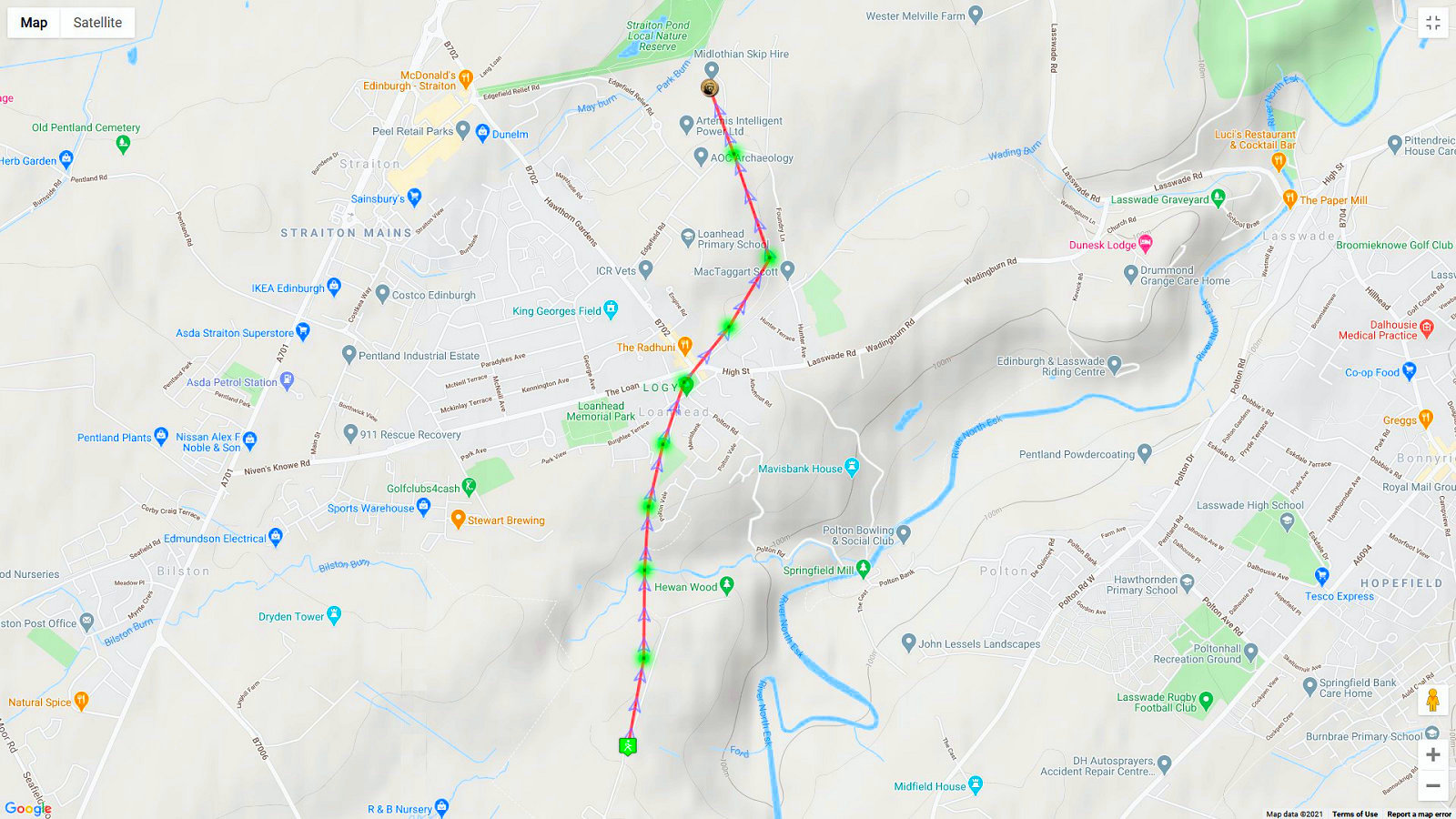 When those extra zones appeared on the Roslin to Shawfair cycle way at the beginning of March 2021, I just knew I had to make an attempt at gaining one or more of the Eager medals. With Squirrel and Beaver already in the collection, I wanted to complete the set with the other two. I’d be delighted if I can get the Eager Weasel, taking 10 zones in 15 minutes, and ecstatic if I manage to achieve the Eager Ferret, 10 zones in 10 minutes.

Preparations began the evening before with a thorough clean of the bike to remove all the mud and grim from my off-road foray to find a short-cut route between zones Kippielaw and Easthouses in Dalkeith. The chain was lubricated but other than that I decided to leave Ogre as he was and see how I fair. I would leave all the other tweaks I had in mind if I fail this morning, for another attempt, or perhaps to reduce my time should I gain a medal or two.

4:15 am saw me leaving the house in Bonnyrigg, heading for Roslin. My route was along the Penicuik to Dalkieth cycle way, an old railway line now surfaced with tarmac and having lost zones there recently, I took them all back for the team. There were plenty of other zones for the taking but I stuck to my route and my chosen mission. I would be out again later. The zones were WaverleyPath, RobinAndTuck, Skeltiemuir, CockpenBypass, BonnyriggPath, HopeBridge, SandQuarry, ExitRosewell, HalfwayPath and EnterRosewell. Most were old friends but BonnyriggPath and SandQuarry were new zones I’d recently suggested and both came with 50 bonus points. So thanks, Zone Lords, for creating them.

I then took the B7003 for Roslin which offers a great freewheel downhill and across the River North Esk but a tough slog up the other side into Roslin. Was able to watch a badger in the woods for a few minutes. After taking a few more close-by zones – RoslinKirk, RoslinWarMeml, RosslynChapel and RoslinBattle – I stopped before RoslinCopse, the zone that consensus suggests the optimal starting point and prepared myself for the what has become known as the Loanhead Ferret Run. Well, when I say prepared myself, what I really mean is I clicked down into a suitable starting gear, took a deep breath and went for it.

Everything was going hunky-dory until zone FountainBike, when I overshot the zone and had to backtrack a few meters, losing about 3 seconds time. Then after FountainBike, up pops the Eager Weasel alert. Great, fantastic, yippee I’ve done it, but kind of throws you off mission for a Nano-second or two, before you realise and press onwards. When doing this, the zones come thick and fast and the final zone SkippingZone soon appeared on the screen. A lovely lady says taking zone. Skid to a halt. Watch the countdown barely daring to even breath. Lovely lady’s voice again, zone taken. Then the wait, will it pop up or not? Seems like an eternity but is only a few seconds. Will it? Won’t it? Have I gained the Eager Ferret or not! Then, without warning or fanfare, up pops the Eager Ferret. Yes, mission accomplished. My goodness, I not been so stressed and anxious since my O-grades letter popped through the letterbox back in ’78. But I’d done it, the Eager Ferret was mine.

After jumping up and down with delight for a few seconds and patting Ogre kindly on the handlebars with thanks, I just had to share with someone and could see Féarglas was out turfing in Edinburgh, so texted the news. She replies, well done, what time?  Note, sure, I reply. Decided to leave that until back home at the computer.

I continued on my way, at a more leisurely pace, following the cycle path to Shawfair picking off a few zones on the way, adding points for GraffitiZone, LassieBridge, Gilmerton, TheWisp, DothrakiRoad, Kaims, ShawfairPark, Sheriffhall, Entomophobia, A7View and Wishart. Another highlight of the morning was a tawny owl flying directly above my head at zone Gilmerton before swooping silently under the bridge ahead and off to the side. I would see it again, flying alongside me for a few meters, later on.

Right into analysis mode and some observations. When you’re hurtling along, the zones come suddenly and I found myself skidding to a halt at most of the zones, so good brakes and tyres required. Choose carefully which zoom level you have on the phone screen. If the zone is too small, it can be difficult to see when you are entering the zone, too large and the zone can appear on screen very suddenly with too little time to brake. Having notifications switched on and the volume up to maximum also helps. Note that wind noise can drown out the audio notification. If possible, time your visit for the quiet times of the day. I choose around 5.00 am on Sunday morning and had the place to myself. No-one to get in the way, other than the occasional rabbit.

This morning I had the benefit of a tailwind but was also buffeted by side winds along some more open parts, so check the weather forecast beforehand, particularly wind direction and strength. The gearing on my Ogre has a 32T chain ring at the front and a 20T on the rear and I could have done with a slightly higher top gear, so may fit an 18T rear sprocket next time. Running 2″ wide tyres means some drag, so skinnier tyres would help, as would lighting the load on the bike. But perhaps the most important thing is personal fitness and more turfing means better fitness, so keep turfing.

So there we have it, mission completed, Eager Ferret added to the collection and 35 zone takes for the Scotland – Skåne Turf Challenge. But what next? I think the next thing is to try to better my Eager Ferret time, aiming for under 8:00 minutes. And finally, there’s also something else you can have when you get the Eager Ferret medal, you can add a tail to the turfman icon. How cool is that? 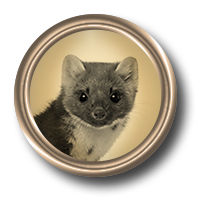 Eager Weasel – This medal is worn by those who took at least 10 zones within 15 minutes. 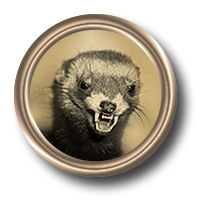 Eager Ferret – This medal is worn by those who took at least 10 zones within 10 minutes.