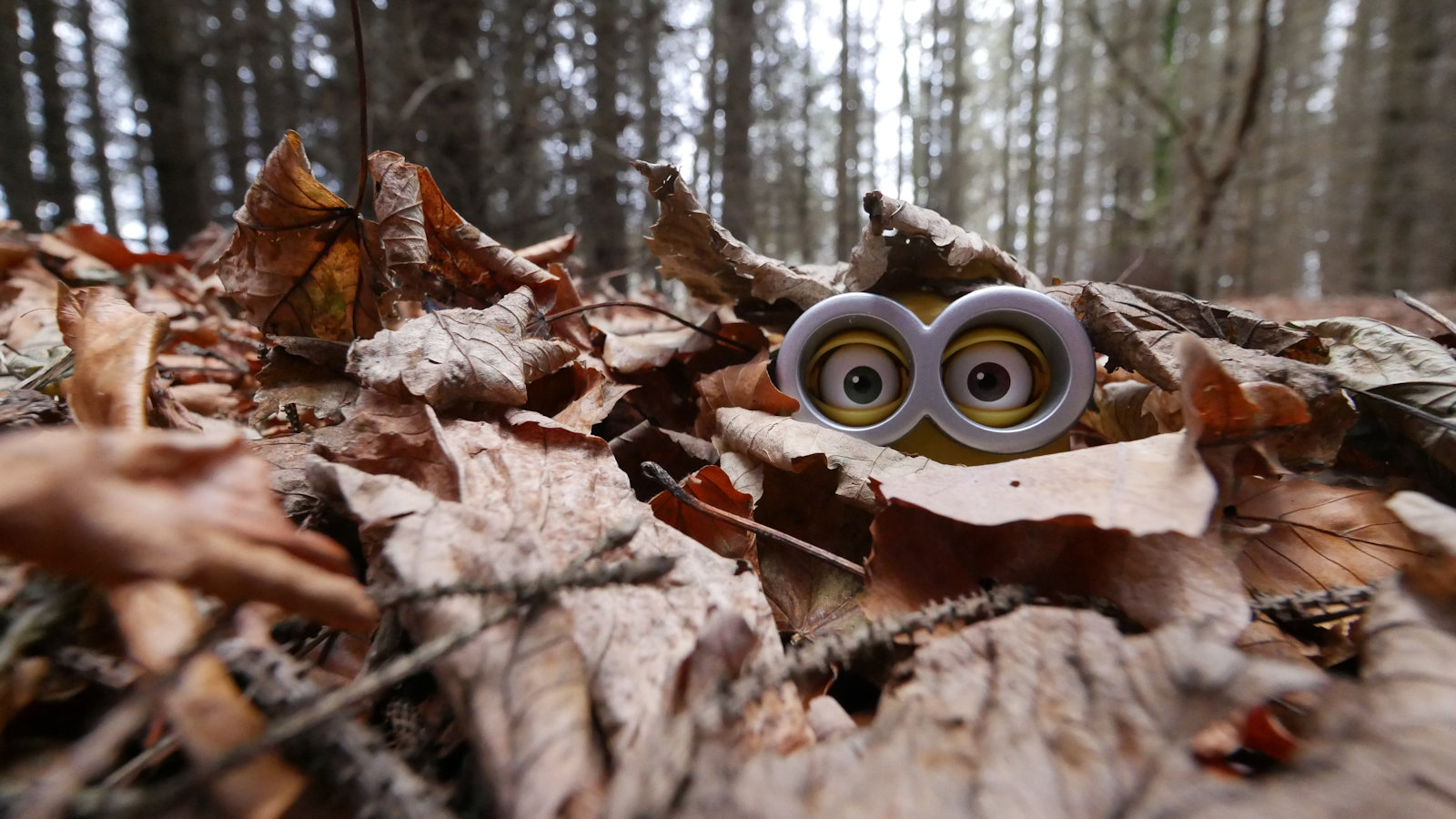 Have you ever questioned the nature of your reality? I suspect most people never give it a moment’s thought. However, I mustn’t be most people because that’s what I was doing while turfing Gorebridge this morning. You know, when you think about it, our perception of reality comes from our brain. All our sensory inputs, be it sight, sound, taste, smell and touch, are all processed by our brain. How do we know it’s actually real and not just some virtual reality in a vast computer somewhere? And how can we be sure of anything? Are we living in the Matrix? The mind boggles and this has nothing to do with myself having just watched The Matrix Resurrections.

Anyway, I’m going to assume that I was actually physically turfing Gorebridge this morning on a real Surly Ogre bicycle, on real roads, with real traffic and all that mud along the Gore Water was real mud. It certainly managed to stick well to the Ogre. If it wasn’t real mud, then the programming is top notch. I had to use a real stick to clear it all off the bike wheels. Now, back to turfing Gorebridge.

I had originally thought of doing the same style of blog I posted on Turf Blog 13-04-22 where I looked at what was happening at each zone, the sights, the sound, the smells, and so on, but as I started going round the zones it was soon obvious that there was very little going on at each zone to be worth mentioning and I had decided to shelve that Idea. However, then I had second thoughts, thinking that was all part of the challenge, so here we go again. Not quite so many zones this time.

LochArniston
Taking zone. First Gorebridge zone of the morning, about 10.00 am. The SUDS pond is more a swamp than a pond, so no bird life at all. Plenty of littler dotted about. Traffic on the busy A7 is about all I can hear. Zone taken.

ArnistonPark
Taking zone. Children playing football in the fenced area. Adults bustling about. Two women with dogs on long leads chatting in the middle of the access road. I ring my little bell, which is very loud for its size. One woman looks round, directly at me and doesn’t move an inch, or reign her dog in. I have to squeeze past getting dirty looks from both, her and dog. It’s a bloody road you’re blocking. What am I supposed to do, levitate? Thinks some nasty words but stays silent. Not worth the bother. Is she just plain arrogant or does she lack the brain cells to work out she’s blocking the road? Zone taken.

Carlowrie
Taking zone. A scruffy little location down a narrow glass-strewn privet hedge lined lane behind a convenience store. There’s a dead television set lying in the hedge. Two men are unloading pallets of provisions for the store and look at me as if I’m an alien from Mars. Or is that just my imagination? Zone taken.

BarelyKnow
Taking zone. A pleasant open area with grass, young trees and good wide paths. A recently built housing estate. Some traffic on the back road, great views, starlings feeding on the grass and two male blackbirds squabbling. Also the sound of machinery but I cannot place the source. Seems to be echoing around the buildings. Zone taken.

GoreCircle
Taking zone. Big circular area of grass with good sized trees all around. Feels wrong to be cycling on the grass. Very exposed. Better watch out for McTurds, plenty of them about. Rode over some on a previous visit. Yuck. Zone taken.

LouisBraille
Taking zone. Zone located beside a neat wee play area. No children about. Had to cycle on pavement to get past refuse lorry. More tits here, coal tit calling this time. I try to remember it as “pee-chew, pee-chew”. Zone taken.

TheBank
Taking zone. Tales from the riverbank now, though no sign of Hammy Hamster or Roderick the Water Rat. As a child that always annoyed me as we don’t get water rats in the UK only water voles. Okay, I was probably only five years old then but a bit nerdy with birds, animals and especially dinosaurs! Path very muddy here, and slippery. Bike squirrelling all over the place. Third tit of the day, a blue tit, calling from the tin shed roof. Zone taken.

GoreBridgeSt
Taking zone. Gorebridge railway station. Took this zone while returning on the train from Galashiels a few weeks ago. No trains today but I can hear the line zinging. It’s getting fainter so train has probably been here recently. To women arguing about loading a pram onto a car. They look alike so perhaps mother and daughter. Small child is banging toy against car door. I remember cycling this line on the Pugsley before they reinstated the railway to Tweedbank. Zone taken.

GoreHive
Taking zone. Zone previously located at the playing field but moved due to difficulties with access and locked gates. Named after the community care centre. Road busy with traffic, people out shopping. Youth on e-scooter riding along road. Must have a death wish. Idiot. Cat drops one life crossing road between cars. Amazing what you see in a few minutes. Zone taken.

GorebridgeFun
Taking zone. Zone located in narrow lane heading towards leisure centre. Another pretty lady approaching. She has a pram, two children on kick scooters and two dogs. I wait to let he pass. Easier for me to stop than for her to manage her pack. She thanks me. Her accent is eastern European, probably Polish. Zone taken.

GoreField
Taking zone. Today sports field bordered by woodland but not so long ago Arniston coal mine. Arniston coal bing is a most noticeable reminder of this industrial past. I recall passing here when I was a young lad with my parents and the bing was on fire. Zone taken.

ArnistonBing
Taking zone. The steep muddy path was too much for my Surly Ogre and his touring tyres. Had I been on the Surly Krampug I might have managed to cycle most of the way, legs willing, but not today.  No one about today though bicycle tracks and a well-worn path indicate plenty of visitors. I didn’t take the bike up the final few meters to the top. Zone taken.

BridgeWatcher
Taking zone. A good spot for railway buffs and birdwatchers alike. Good views across the forest canopy and plenty of raptors about including kestrel and buzzard. Lots of LBJ’s*, birds I cannot easily identify without binoculars. No trains passing below but plenty noisy traffic on the A7. Zone taken.

GoreWater
Taking zone. Nice little zone this. Greenery all around, the Gore Water running to the left, a dipper adding its song to delight the ears. If only the GPS was as good. It never seems to be in the same place, jumping about all the time. Same with zone GoreGlenPark, which seemed to have the same issue but I now suspect has been moved. Had I been on foot I’d have tried harder to take the zone but too many people about to leave the bike alone. Zone taken. gave up on GoreGlenPark.

PovertRoad
Taking zone. On the way back home now via Prestonholm. Zone is located on a farm track and makes an easy take after the GPS issues of Gore Glen. Flock of goldfinches flitting about and a solitary wren skulking in the hedge. The hawthorn hedges have recently been cut so watch out for punctures. Zone taken.

Prestonholm
Taking zone. Final zone of the day. Sorry nothing much to report here. Zone taken. back soon.