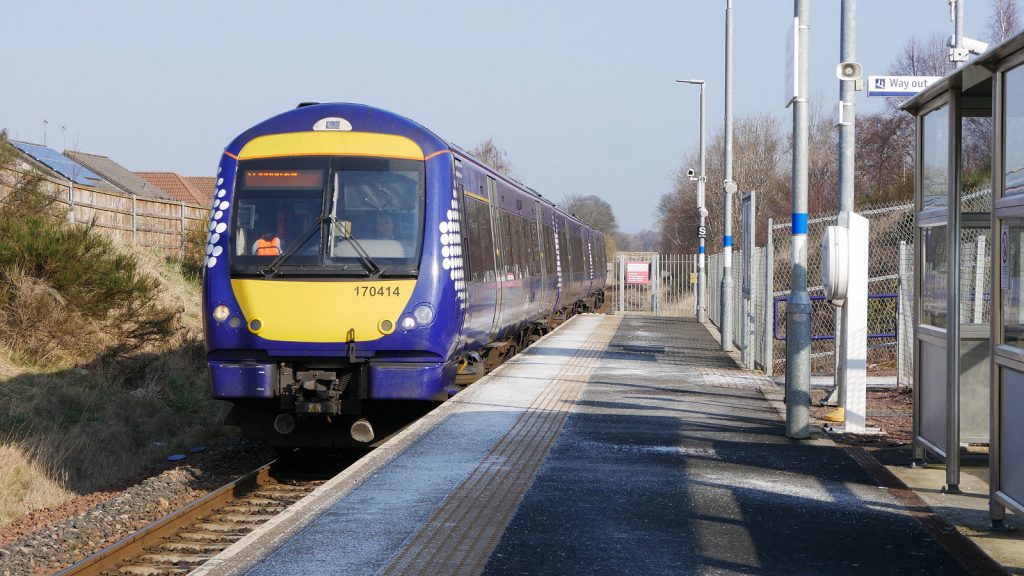 I must own up and honestly admit that I uttered an early-morning swear work the other day, a very rude one at that. And it wasn’t sugar, darn, piddle or golly-gosh, no something much more meaningful. One similar to that clothing brand who thinks its clever to have their brand name look like that very same swear word. And the cause of this profanity? I’d lost about 70 zones overnight, leaving me with a paltry 17 zones. However, once I’d recovered from the shock and downed a strong coffee and scoffed a four-fingered Kit-Kat, all was well with the world and my manner returned to its normal happy self. My best wishes to Hodge, MarkkuEsoc and others. I can now take them all back.

So, Bonnyrigg it was and a rather wind-swept round as well, with winds gusting to 40 mph, though it seemed stronger when cycling in some of the wind-tunnel streets and alleyways in the Hopefield estate. But, on the plus side, it was very quiet out and about. Perhaps the wind was keeping people indoors, only a handful of dog walkers doing their best to get in my way. The round brought my total back to more favourable levels, with 34 zones bring me up to 50. Yes, the arithmetic is correct, I’ve just lost one to RossEwan. Would have liked to get out for more but a delivery was due this afternoon. My graphics card for the computer. Not much to report from my round.

With regards my attempt at video blogging some turf sessions, I’m no further forward. The stumbling block being the inadequate graphics card on the computer. A high-spec new one arrived, was installed, seemed to power up okay but I was unable to get a signal to the monitor. Online support suggested I need to install the driver (yes, I knew that, thank you very much) but the driver software will not install unless the new graphics cards is installed and you have nothing on the monitor when it is which doesn’t help. Tried all manner of things but eventually gave up and returned the offending object. I bought it via Amazon because returns are easy. I’ll buy another make and model of card when I get the refund.

I have a lot of interests as you can see from the pages of Planet Gary and I was thinking that perhaps this is what is distracting me from turf. I wondered, that if I simply concentrate on turf, I’ll maybe regain some of my lost enthusiasm. I had thought about starting from the beginning again with a new turf username but still haven’t made that decision. So, I’ve come up with a simple concept called Total Turf. I’m going to try and turf, turf, turf, only turf and nothing but turf, and see what happens. However, that will probably be tomorrow as there’s rain forecast all day today. And I have decorating still to do, so better get that out of the way first. Back soon.