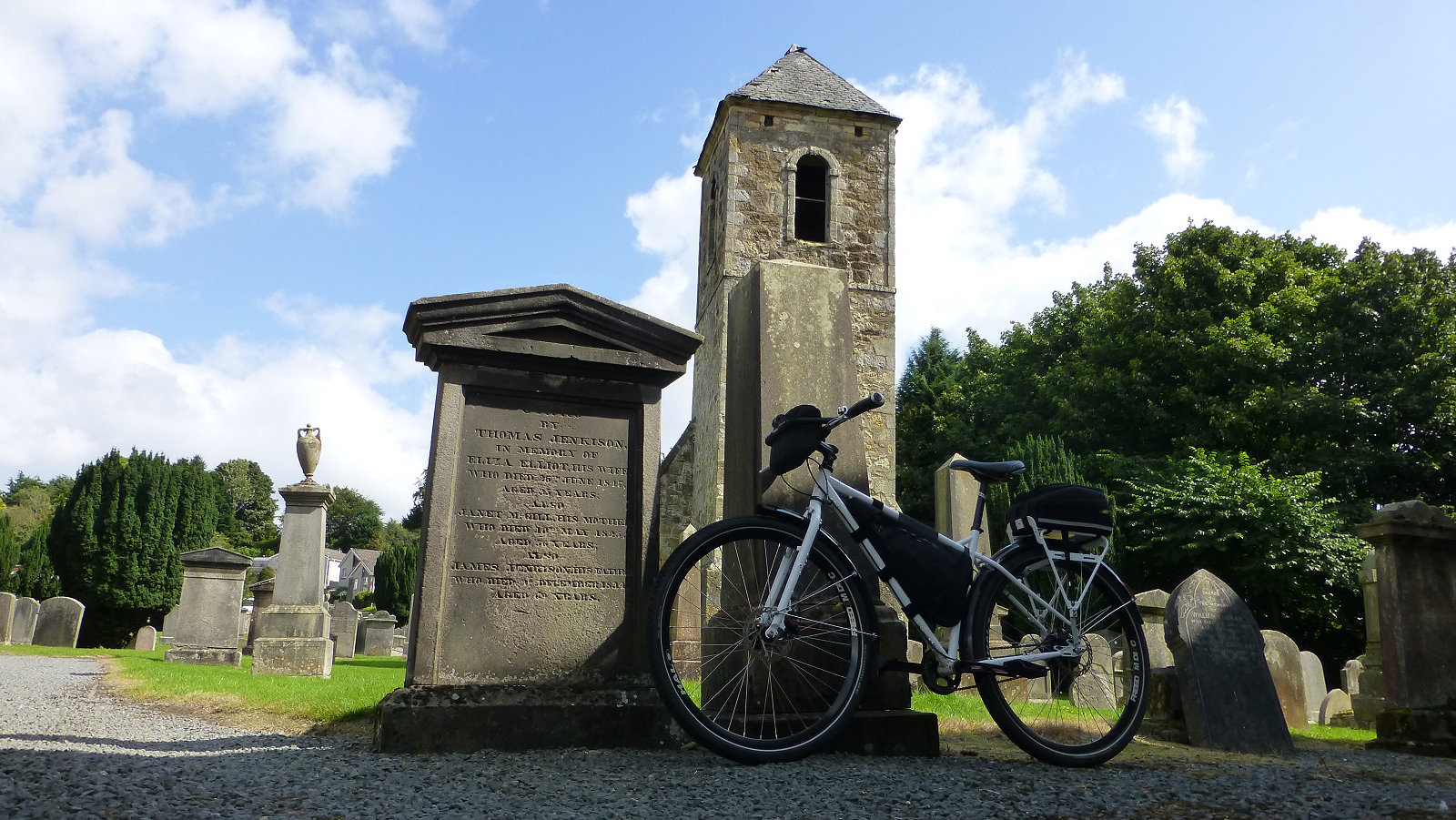 With my tally towards the Diversier medal sitting at 351, I wanted a big push today to move things forward and set my turf sights on adding another 75 round uniques to the total. Earlier research had revealed that the Bilston to Penicuik area had enough zones for my needs, so set off from Bonnyrigg on the Surly Ogre just after 9.00 am but not before that all important coffee and four-fingered Kit-Kat! My plan was to head down through Lasswade, up through Loanhead and start taking zones first in Bilston, followed by the Bush and Glencorse areas, then Penicuik itself, returning home along the railway path.

It was an excellent day for turfing and cycling. Cool but not cold and little wind to bother about. Forecast was for warm and sunny. Bilston offered up four easy zones, then it was across to the Bush estate. One zone, SecretTrees, was difficult to take from the cycle path and I had to loop round the hedge to get a GPS fix. I was not the only one to experience difficulties here, there’s an obvious turf path through the vegetation to the spot where you can take the zone. You don’t need to be a tracker like Ray Mears to find this trail. It was getting quite warm by now and I really needed to get the shorts on. However, finding somewhere discreet to carry out a trouserectomy without exposing my trumpet-and-skittles wasn’t easy. 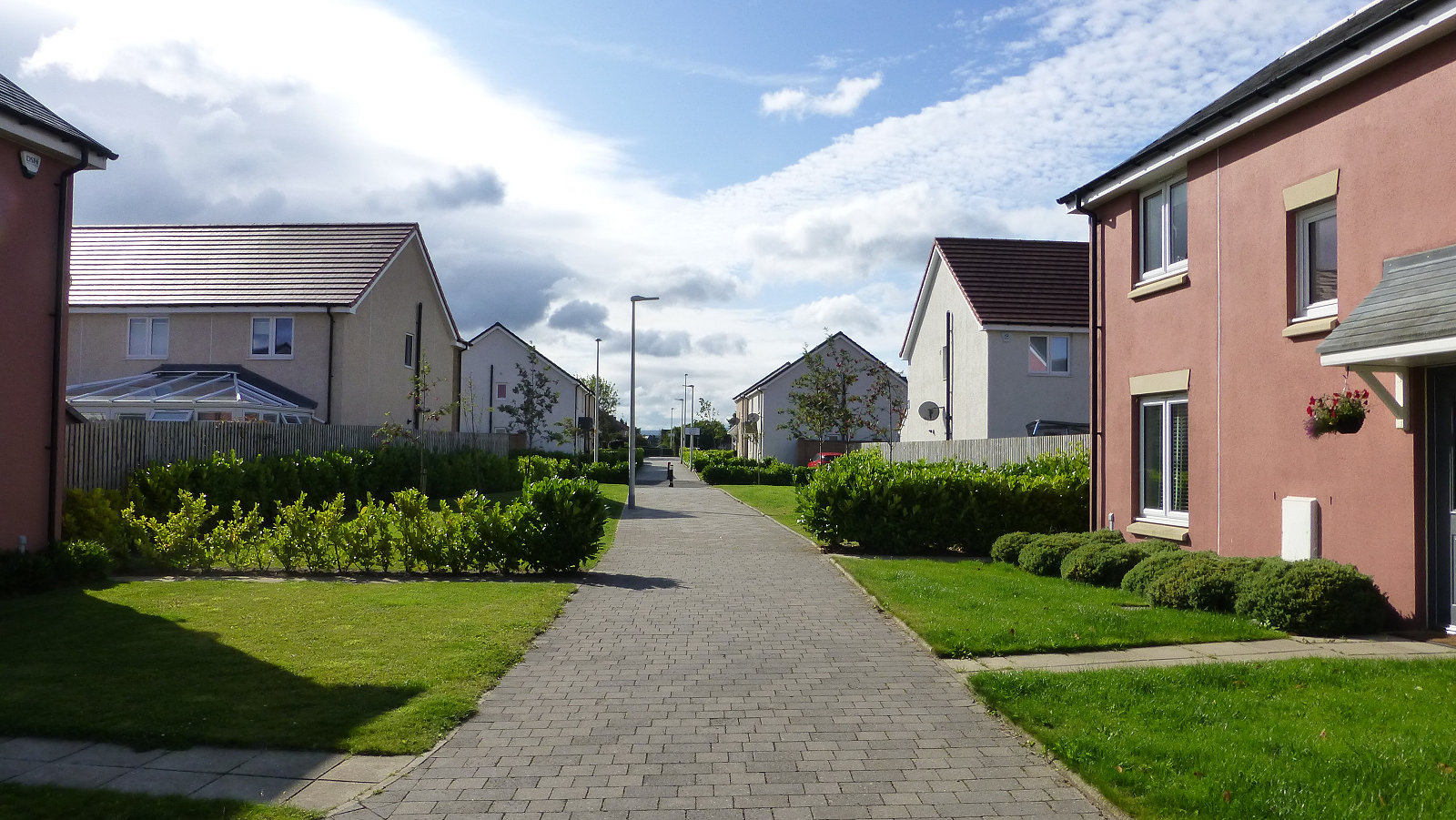 As I approached I noticed another turfer, Aibo, was out taking zones around the Dick Vet campus. When I arrived I could see the turf man icon was right next to me but there was no sign of anyone. However, I heard my name being called from the bike racks under the Roslin Institute and spotted Aibo. We chatted for a while, as we turfers tends to do, even though we had never actually met before. One thing Aibo and I did discuss was a couple of difficult zones on the Penicuik estate, ParadiseLost and GettingThere. The former now seemed to be inaccessible, having been largely boarded up and the latter it just simply a pain to get to. I’m going to log them as issues and suggest they be relocated.

Aibo went off to work and I hung around a while until the zone blocks cleared, including zone RUAvina, recently created at Aibo’s suggestion. The four zones on the Bush estate were next, followed by a single zone near Glencorse House. I was actually here a couple of weeks ago for a wedding but was strictly forbidden to sneak off and take any zones. Some people just don’t understand what it’s like being, shall we say, an enthusiastic, turfer. 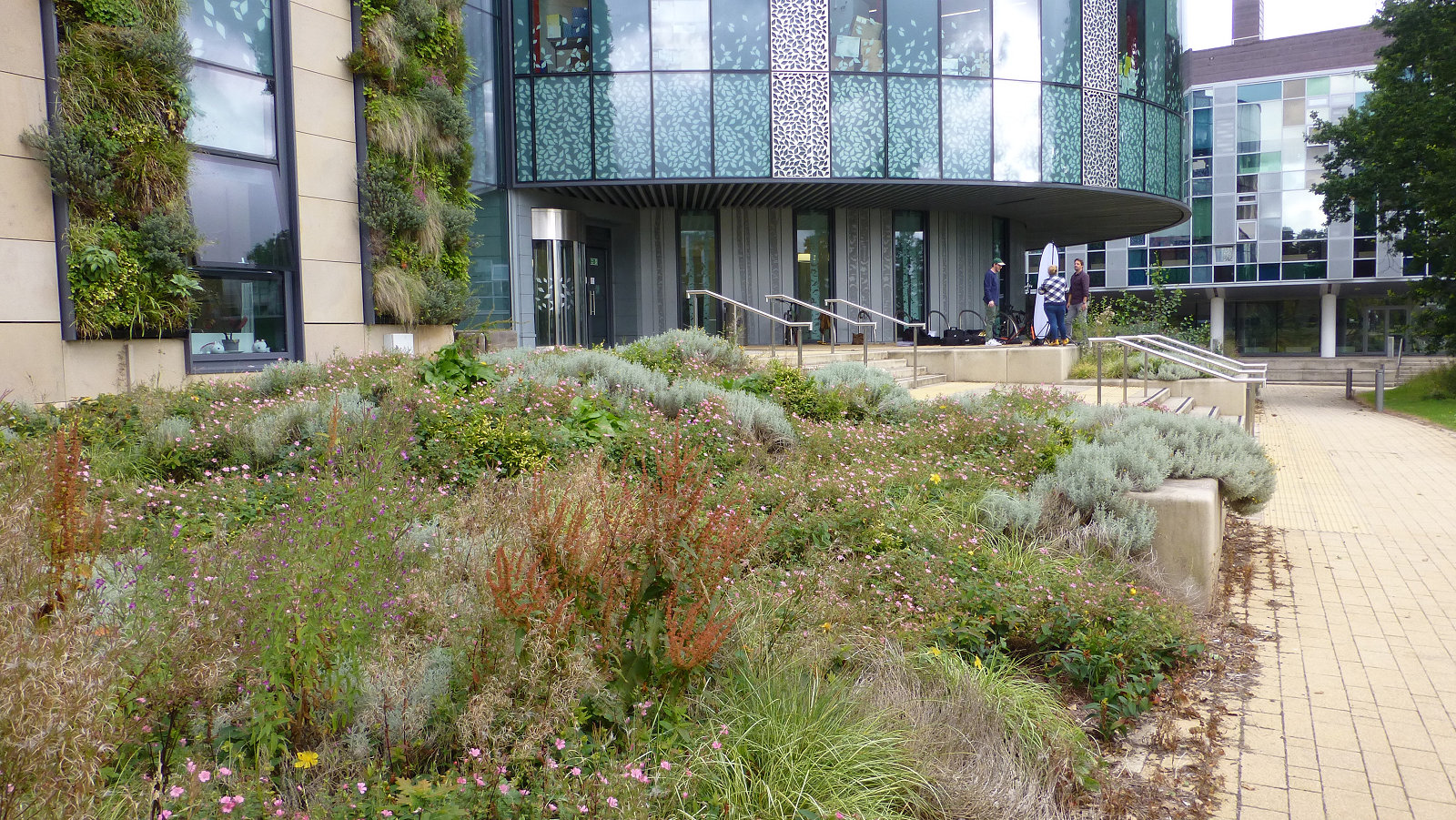 I divided Penicuik into three areas. The zones on the Pentland hills side of the main road through the centre of the town, the zones on the River North Esk side and finally those along the railway path. Not really knowing Penicuik at all, my zone taking routes must have been quite amusing to the local turfers, Hodge, Aibo and SparseRunner. More than once I found myself going the long way round, having to backtrack after dead ends, or missing that secret little shortcut along a path. It was also quite hilly and a challenge not to waste effort dropping down only to have to climb back up again. I did find myself outside the Tesco filling station, so stocked up with chocolate and some Iron Bru. The latter was very refreshing, though somewhat gassy afterwards. Burp!

Lunch was served at zone AgentCooper, beside a trio of Native American Indian figurines I spotted below a beech tree and consisted of a round of chicken sandwiches with a topping of Walkers salt and vinegar crisps for added crunch. Desert was a low-fat yogurt and the second half of a Twix I’d purchased earlier. All washed down with some vintage 2021 Iron Bru. 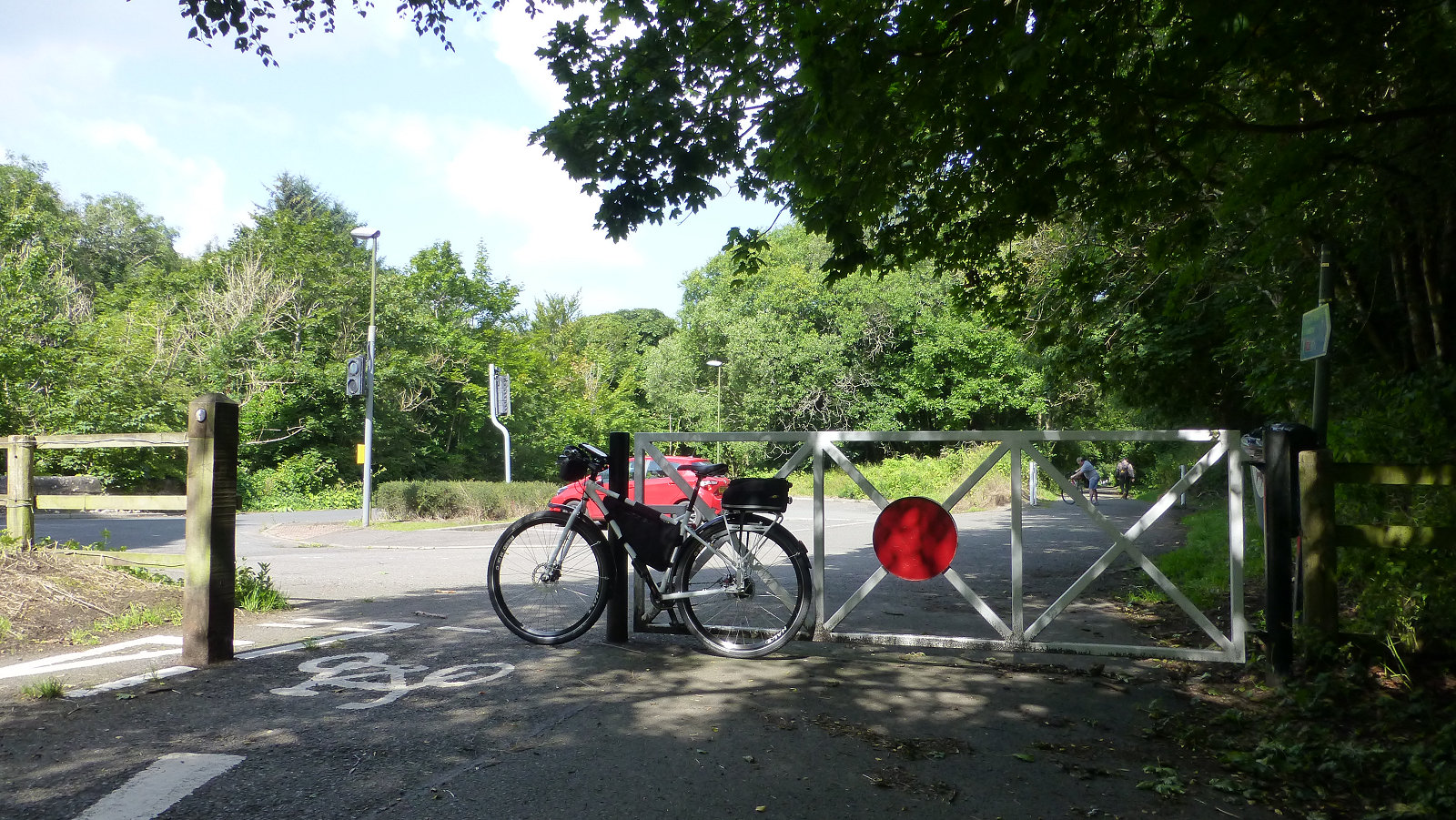 Another four zones later saw me finish taking everything on the top side of the town, then it was time for the lower half. One zone, Bogwood, didn’t seem to have any access but that was probably just my lack of local knowledge. I later watched Aibo taking some of the zones back and saw how she reached Bogwood. Now I know for next time. There’s a lot can be learned from watching other turfers taking zones in an unfamiliar area, especially if you are planning to visit yourself.

I worked the south side as far north as the Loan Burn, intending to take the three Beeslack zones from the railway path later. The climb up to zone PenicuikOval at the cricket pitch in the Kirkhill area was a good one and I just managed to take the zone from the pavement. The gates to the ground were locked. After a final handful of zones in the town centre, that was me finished with Penicuik town. I decided to leave the nine zones in and around Penicuik House for another day. They are all well-spaced and very time consuming. 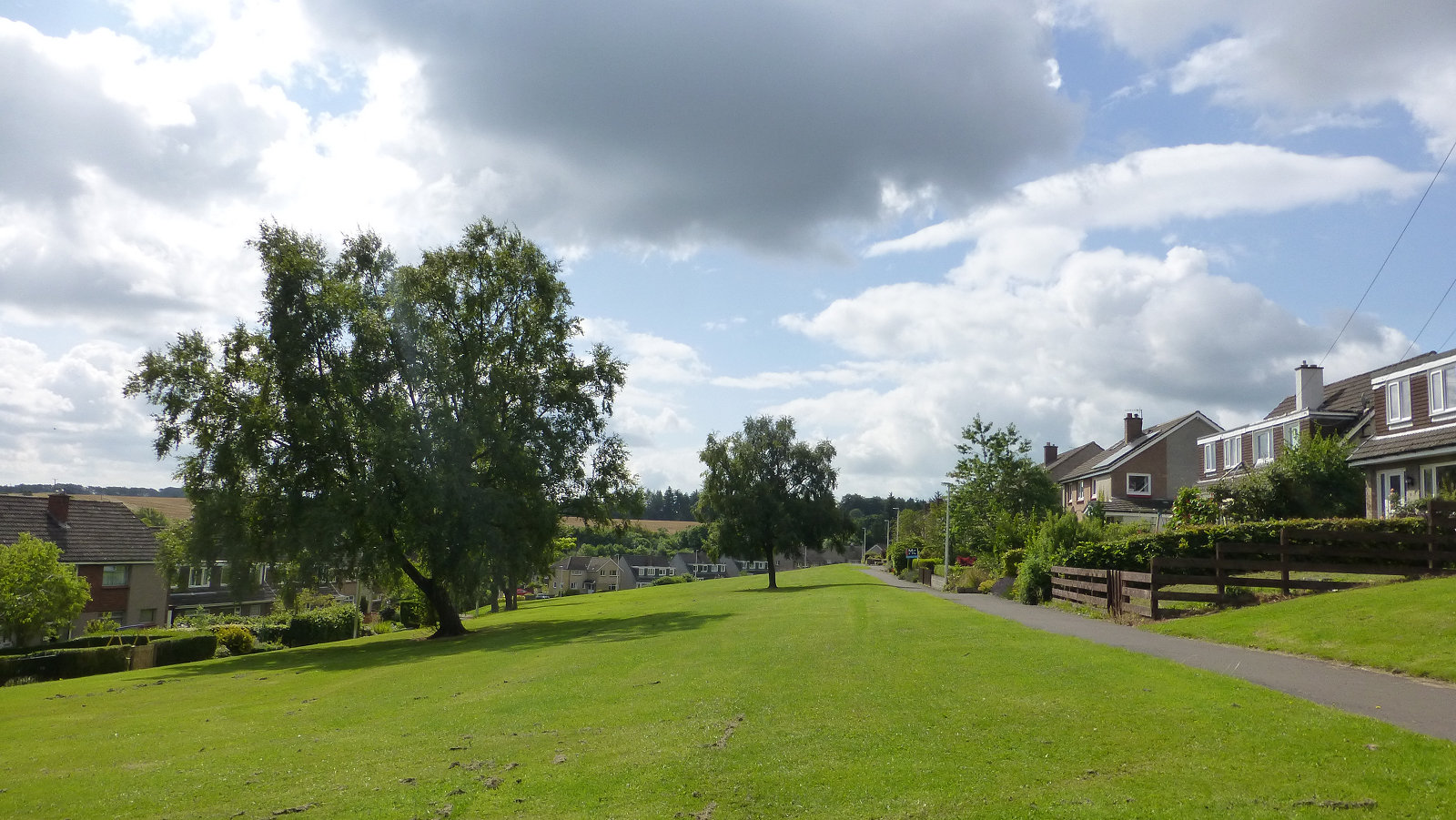 I was doing well so far with 59 round uniques. The Beeslack area added another 3 as did Auchendinny. Now heading for home along the railway line, I picked up another 13 along the way, giving a grand total of 77 round unique zones (95 takes overall and 40 Km cycled). Total round uniques so far, 428, so just another 72 for the Diversier medal. Should get those in the next few days.

Overall, a very enjoyable day out turfing. The weather turned out nice and sunny but not too hot to be uncomfortable. I can see myself turfing Penicuik again, its a good mix of different zones and I particularly like those along the little streams that cross the town and the woodland trails above the town. Though I must say that the Surly Ogre still offered up that annoying double creak-creak each and every time I turned the pedals. And the hub gear was also making grumbling noises at times. Hopefully fixed soon.