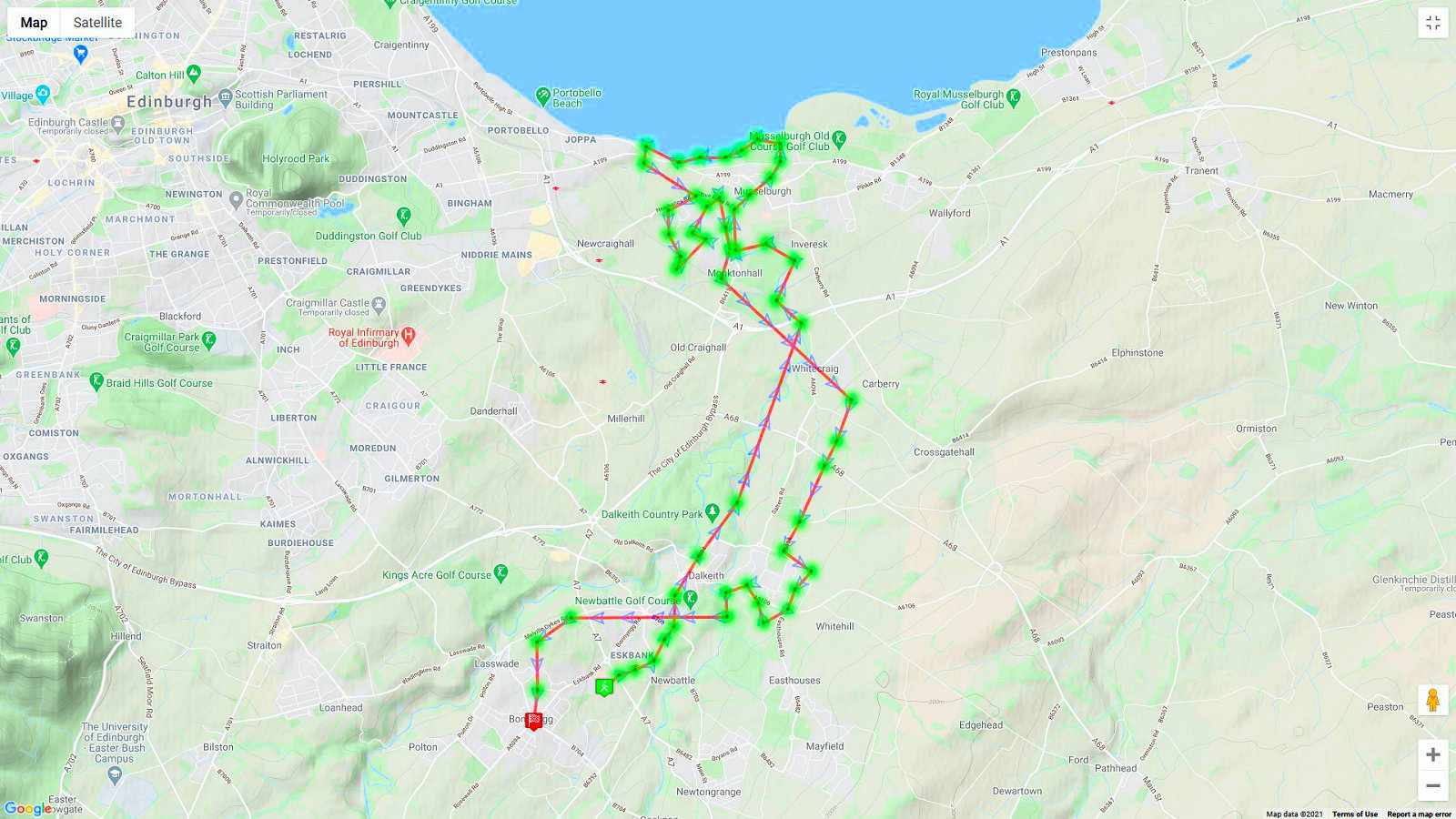 With the snows all but vanished, it was time for a cycle down to the seaside at Musselburgh, East Lothian – not to catch the sun on the beach, far too cold for that caper – but the usual zone bagging session while I’m on holiday. Have managed to be out taking zones just about every day so far this week and hope to continue.

I followed my usual route from Bonnyrigg, down through Eskbank and on through Dalkeith, taking eight zones as I passed. In a way it’s good that there are other turfers in the area.  I take the zones one day and in the evening someone else takes them again, and so on and so forth. My path took me through Dalkeith Country Park this morning, not really to grab any zones but to search for a lost item from my zone taking session the other day. 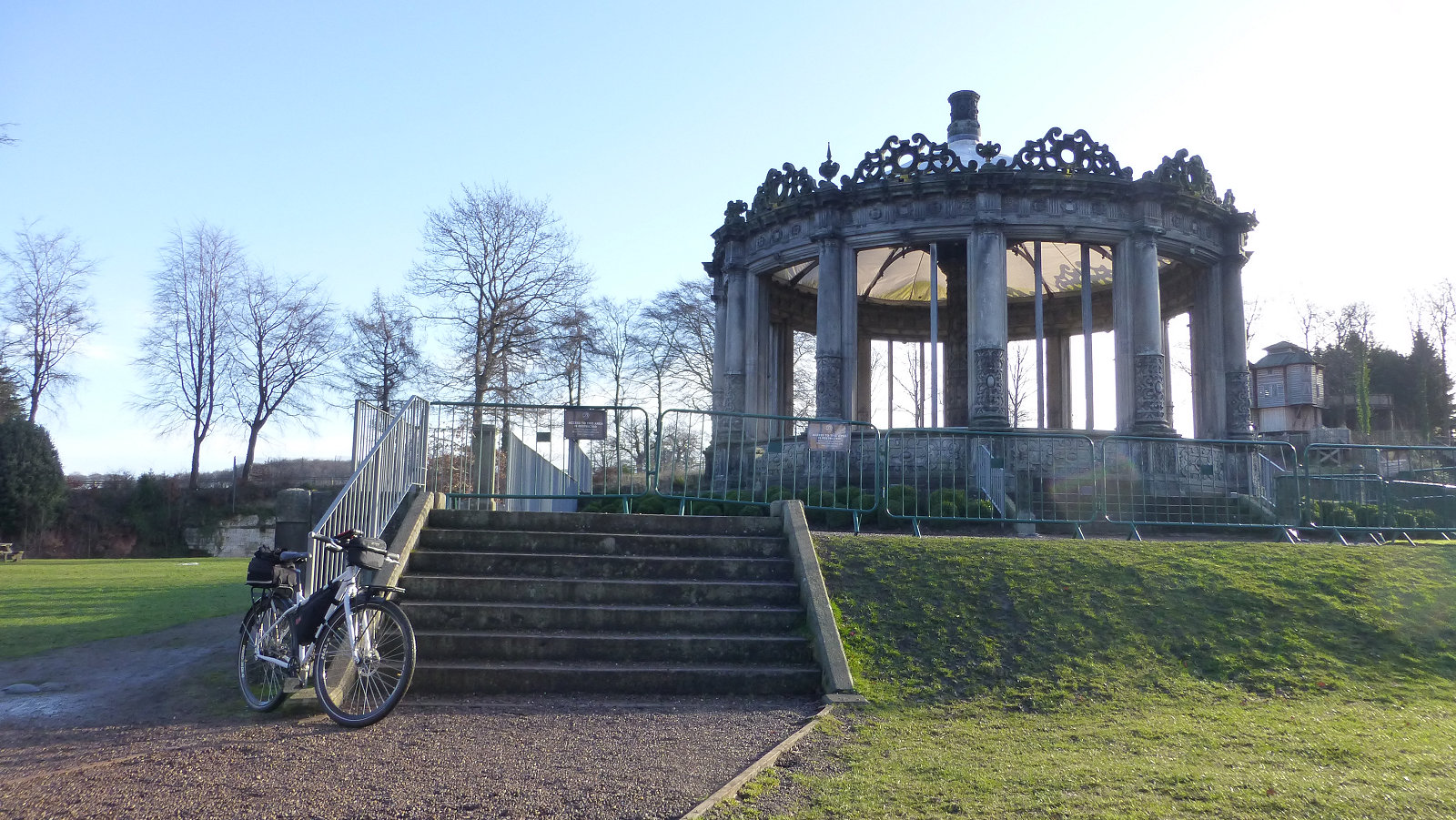 I carry with me a small sit-mat, useful for keeping my butt warm while stopping for lunch. However, I used it at one of the timber benches and forgot to pick it up again. It was really a long shot that it might be there but worth a quick look. Strong winds overnight also reduced any chance of finding it. Suffice to say, it was gone. Good job I have a spare ready in the shed.

Dropping down to Restoration Yard, I grabbed zone Restoration for 185 points, adding another unique to the tally. Then, with no zones until the riverside path heading into Musselburgh, it was nice to simply blast along the smooth tarmac, not having to stop to take a zone or snap photographs. Just enjoying the simple pleasures of cycling in a bright, but cool, February morning. A tail wind also fairly pushed me along with minimal effort. 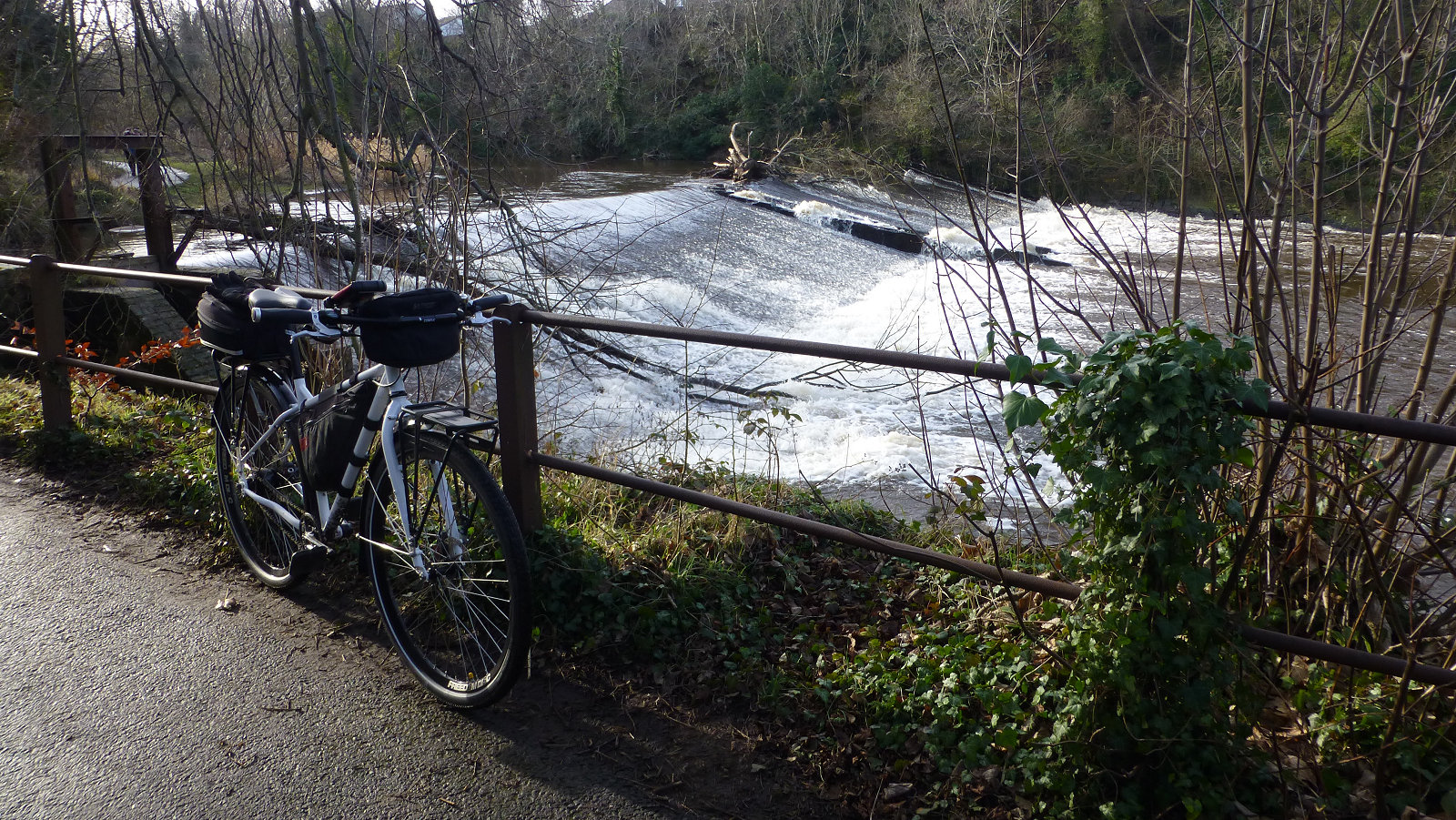 At this point I noticed a slight squeak as I pedalled along. It was very faint but insistently annoying and very difficult to determine just what was making the noise. Stopping, I spun both wheels thinking the tyres had picked up something but nothing was obvious. I spun the cranks but still nothing, so continued onwards. Squeak. 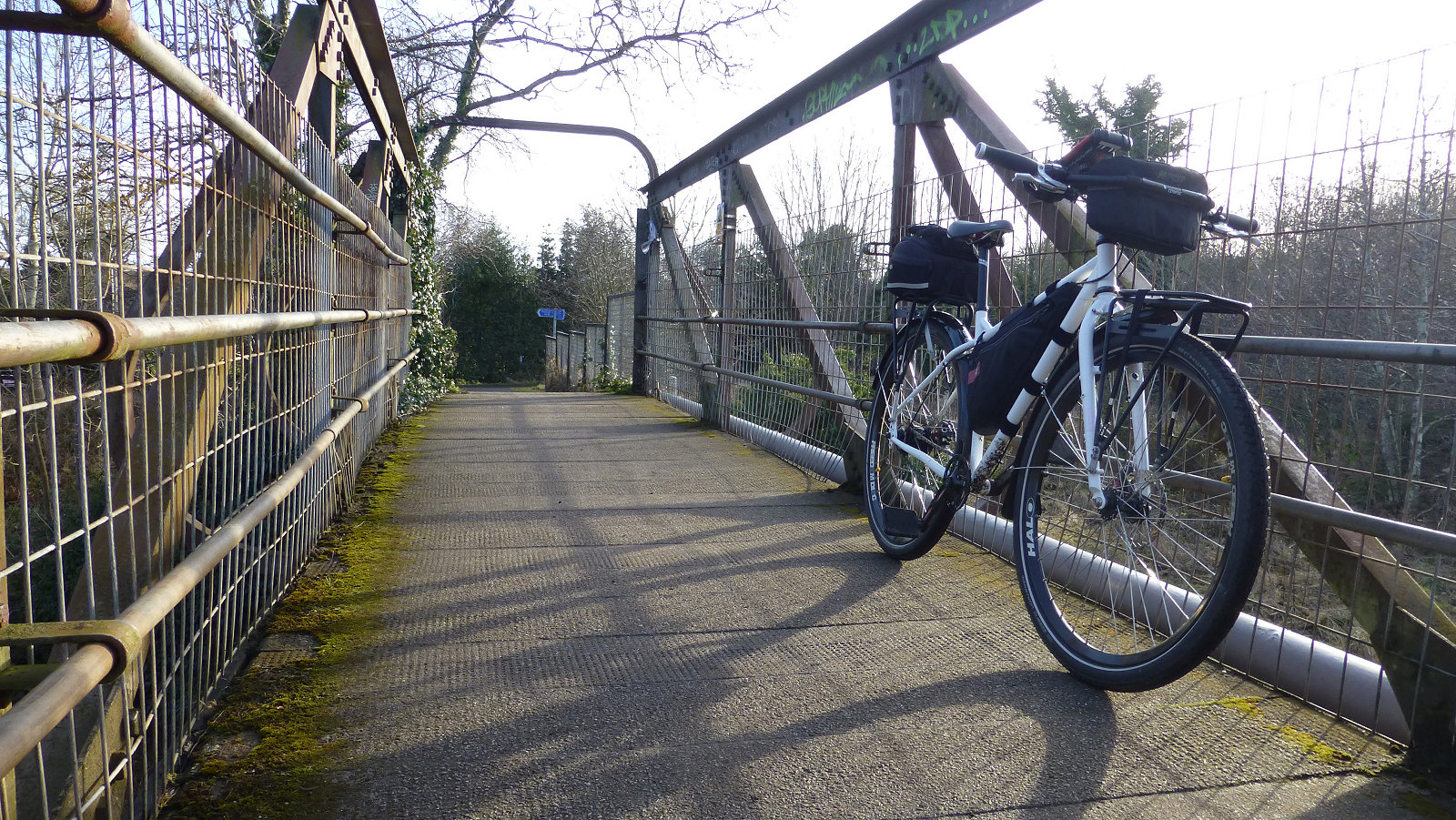 So far, other than Restoration in Dalkeith Country Park, most of these zones had been taken by yours truly before, now my plan was to search out a few unique and add then to the collection. First one was a cracker, an amazing sculpture of a giant mussel shell, the zone named, quite obviously, Musselshell for 110 points. Next zone was further along the coast, in the Brunstane area. StrollAway gave up another 110 points. Squeak, squeak, squeak. 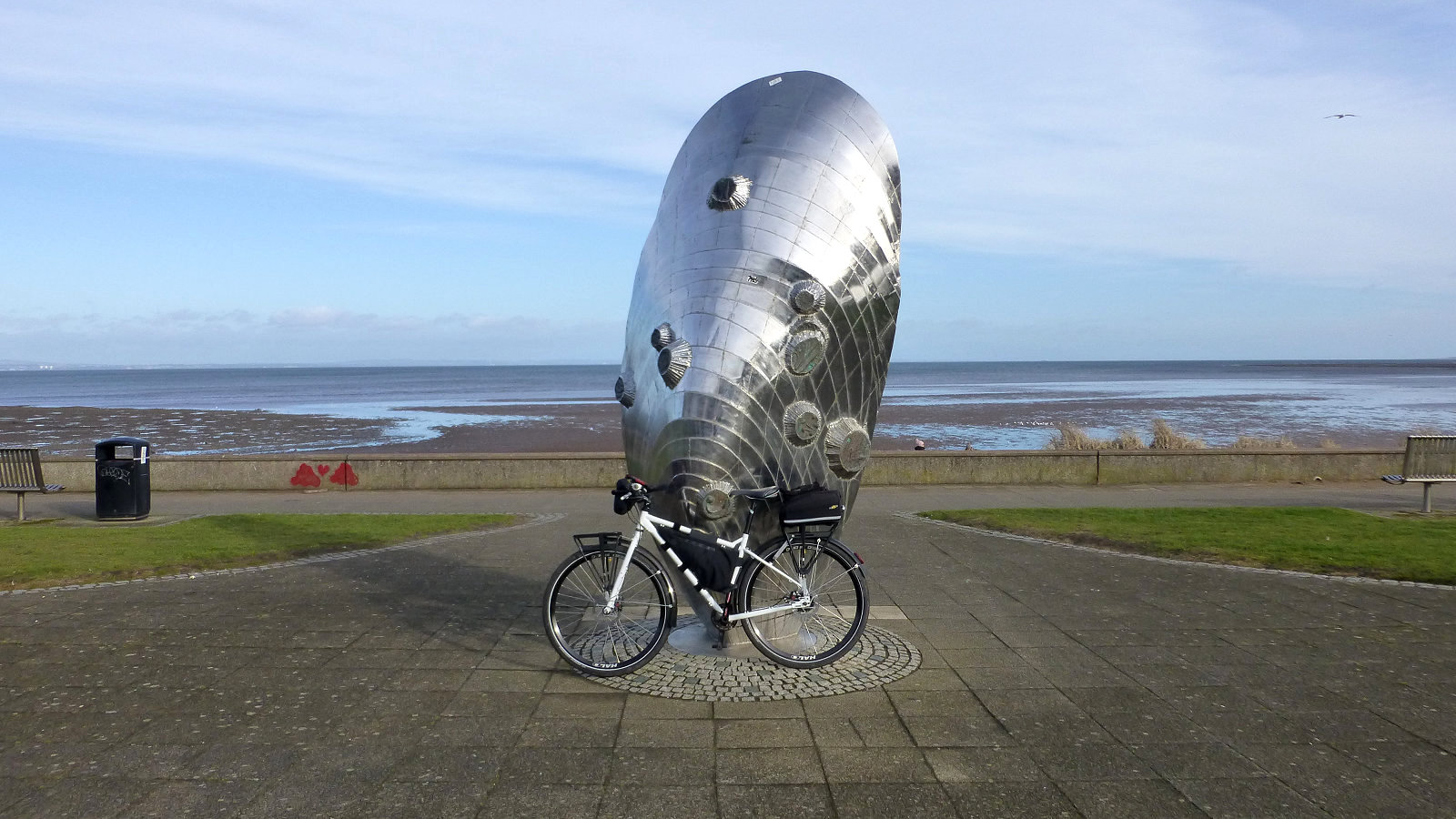 Looking at the Turf app, Brunstane Park looked like a good place to go and the first zone, BrunstaneMill also had 110 points. However, there was a lot of mud about and signs asking cyclists to keep to tarmac paths. Not having good off-road tyres and no desire to make the paths worse, I decided to leave this area for another, dry day. The Turf app also showed a good dozen zones in the Monktonhall area, so that was my next target area.

Now, remember that squeak I mentioned, well, by now it was really annoying, every turn of the pedals, squeak, squeak, squeak. It wasn’t my shoes rubbing on the cranks and it wasn’t part of me either. Eventually, I whittled it down to the left hand pedal spindle. Probably a dry bearing, but nothing I could do about it at the moment, will just have to grin and bear it for now. Squeak, squeak, squeak. 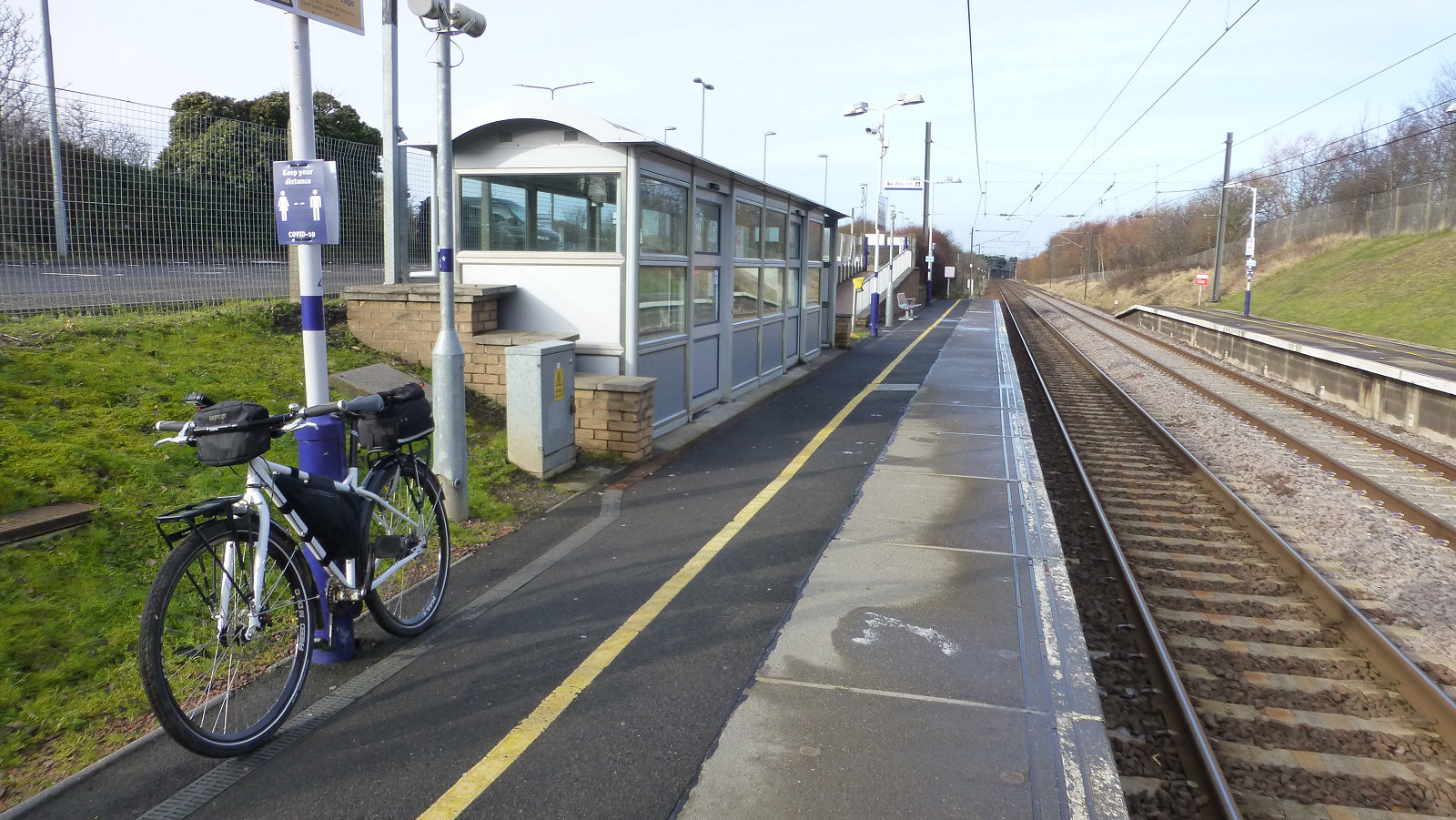 Anyway, a squeaking pedal does not stop turfing, so onwards, first taking zone Newhailes (125 points), then along a rather plain footpath to take Clayknowes (140 points), followed with Denholm also for 140 points. This latter one had me mixing my left and my right and which way the map was on the app, so a little bit of backtracking here. I wonder what the locals at their living room windows make of it all. I’m just waiting for the day when someone rushes out to asks what I’m doing, and why am I taking photographs? Might just say it’s for a new gold mine/space port/bypass/etc. Just to be a devil. Squeak, squeak.

Next in line was Musselburgh (155 points) at the railway station, one of those zones where you should look closely at the zone before you get there. I first rode along the footpath to the north but it was outside the zone. I then spied a road to the car park and looped around there, finally taking the zone, then cycling back out again. Only then did I notice the platform on the opposite side of the tracks. Must pay more attention. Squeak, squeak. 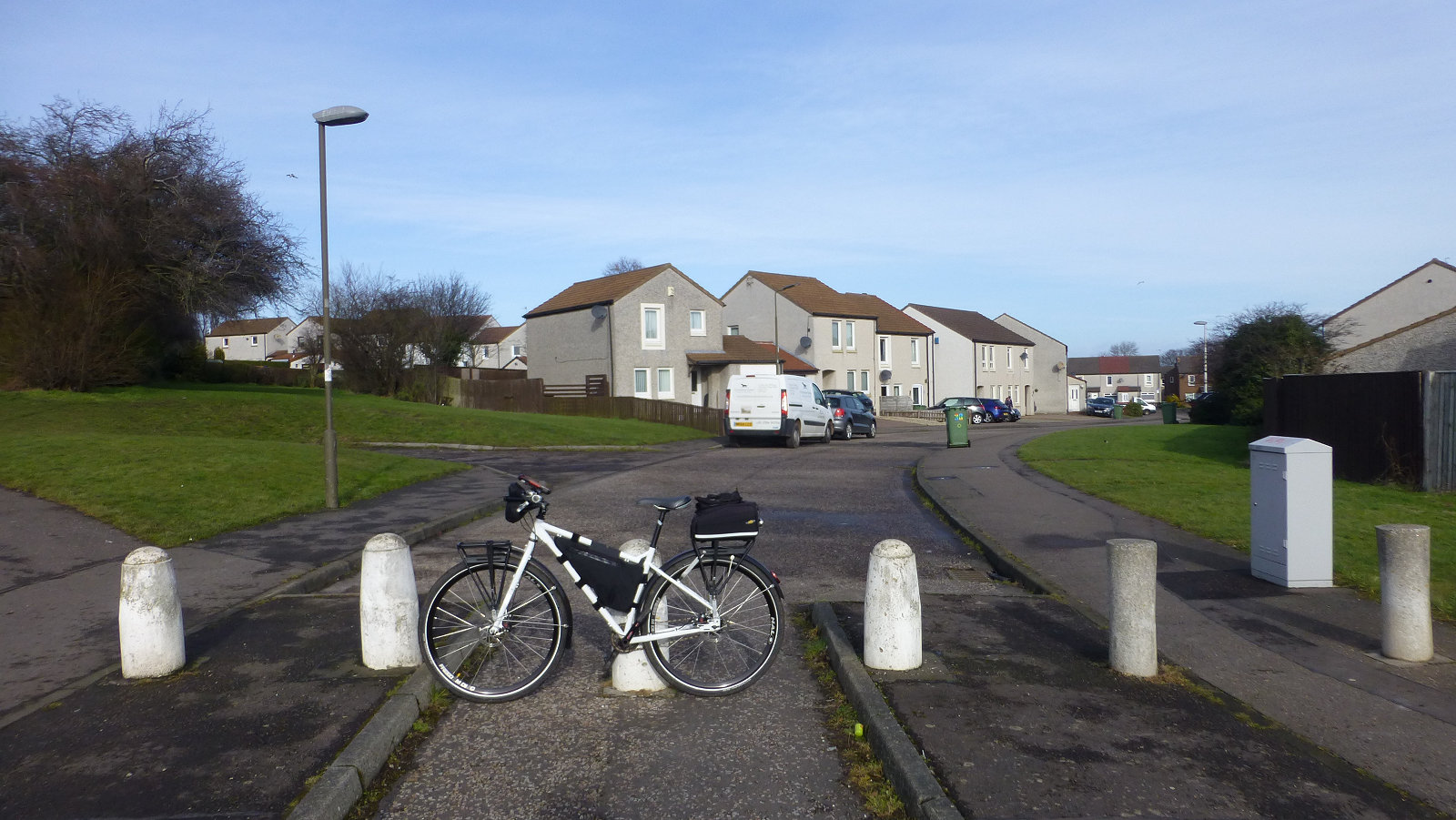 Queens Margaret University provided zone MaggiesUni (155 points) where I located a sheltered spot out of the wind to guzzle down a sandwich. From there I looped back into Monktonhall, collecting all the zones in the area including Stoneybank (155 points) NoCarZone (155 points), StonyBollards (155 points), and OliveBridge (125 points). A final two were located down by the river in a small park. Loads of broken glass at HoopsByEsk (170 points) suggested walking might be a good idea rather than risk a puncture and HaughsSteps (140 points) was also added, along with a nasty Richard the Third on the right shoe while trying to get the zone into shot for a photo. Bloody inconsiderate dog owners! A final zone, Monktonhall added another 155 points. Squeak, squeak. 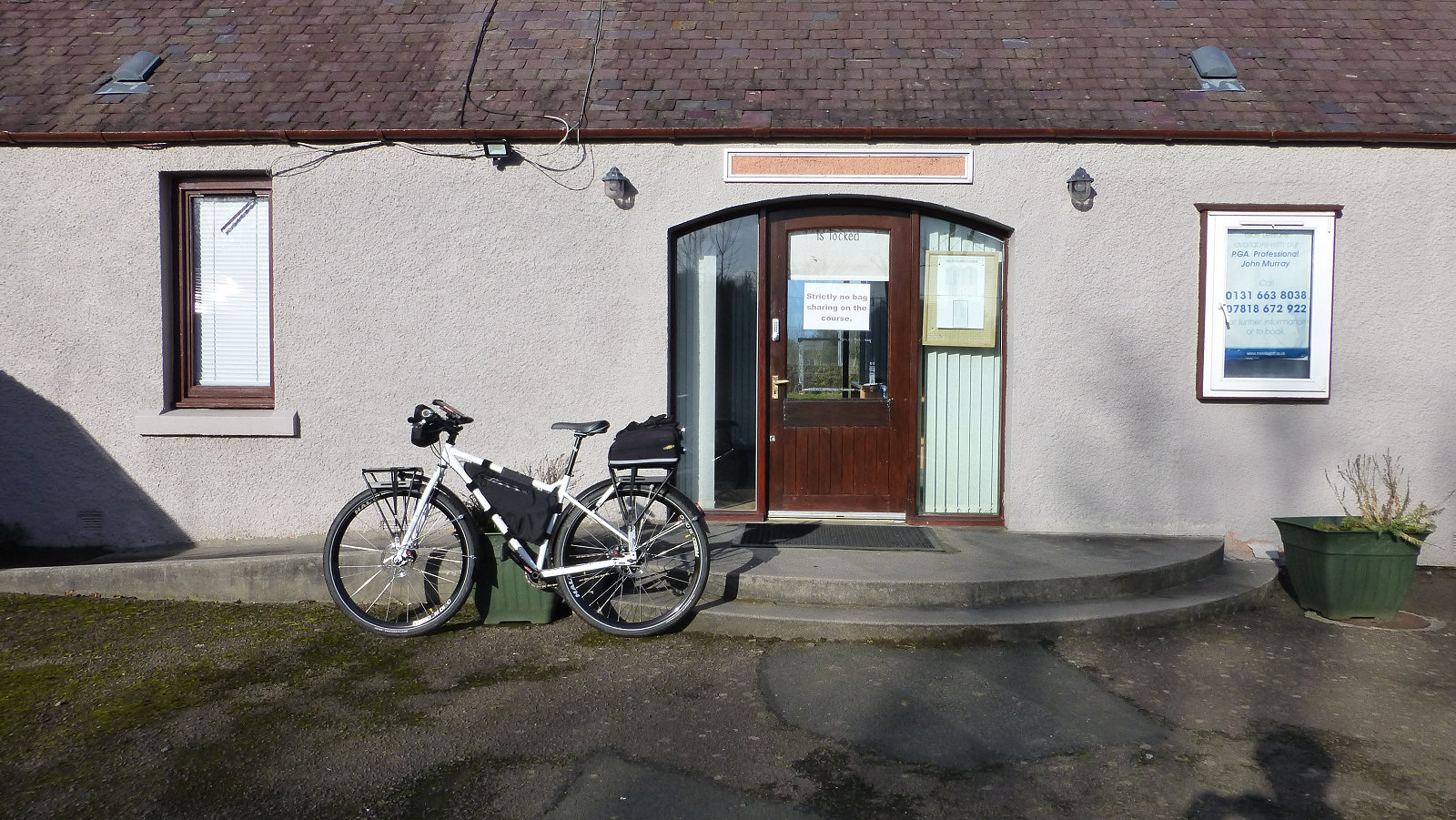 Now heading for home, five revisits added a few more points and another six takes added even more. Then I zoomed off through Eskbank heading for MelvilleGolf and BroomieGolf, two new zone suggestions I’d made recently, both offering 185 points each. Two more zones were taken on the way back home. Squeak, squeak, squeak, squeak.

Overall a very pleasant and successful zone taking day with round points up to 58,400 and my overall points total sitting at 224,400 and that means a new rank, Rank 27 – Experienced Conquistador. Yippee! When I set out this morning I was hoping to get my zone count up to 100 zones but I never got there, close but not quite. I would see the total rising then dropping faster than I was taking zones, as other players grabbed the zones I’d been taking that morning. Nice to see my points per hours over 250 at one point but that didn’t last long. That’s the joy of turfing.