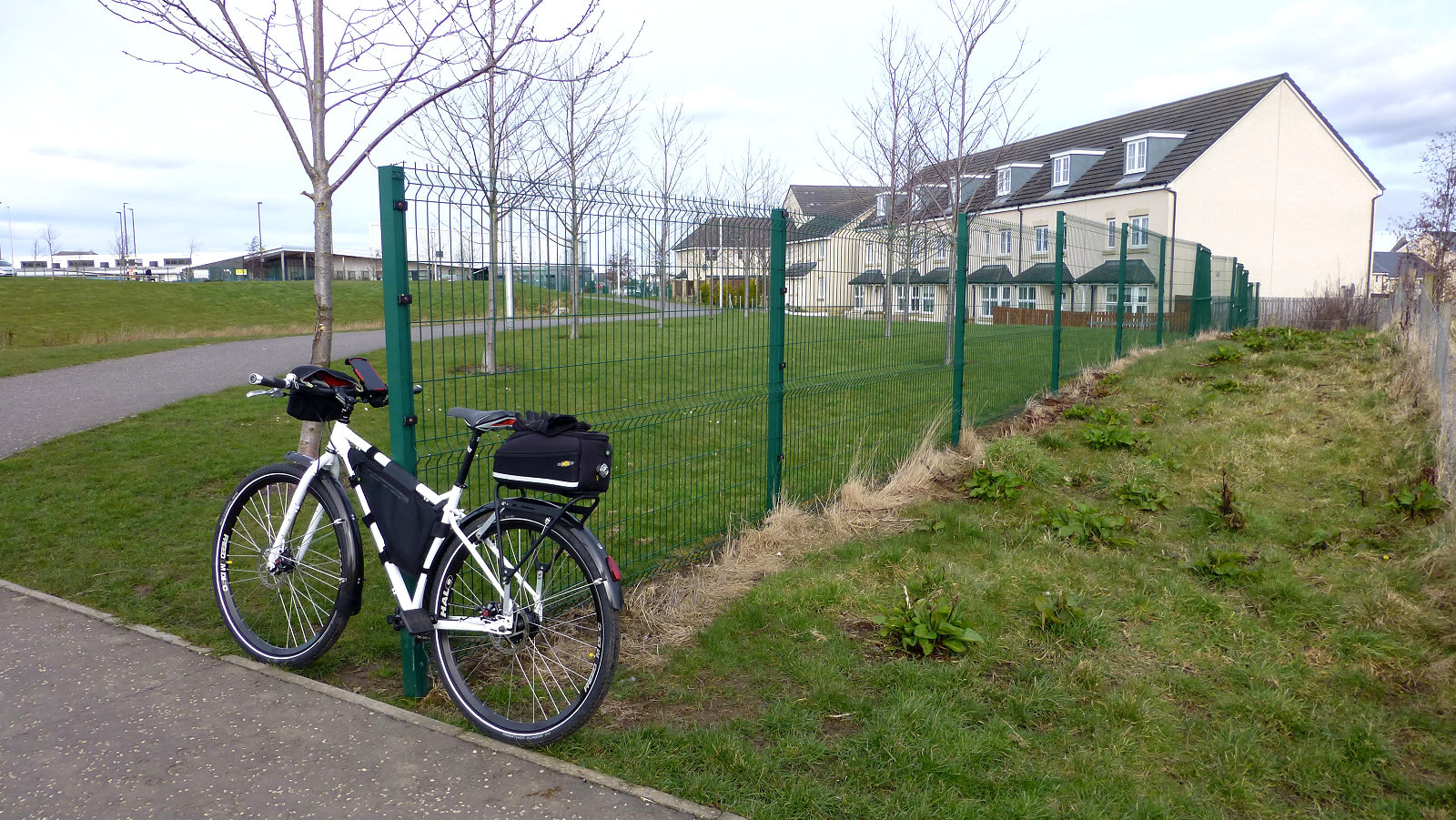 Wednesday, half way through the week, and the excitement of turfing last weekend all but a distant memory. Have managed to be out turfing each evening during my evening walk with my wife Cathryn, but turf-walking is just not the same as turf-cycling, far too slow to gather any decent quantity of takes and points. But every little counts, as they say.

To keep on turfing, we should not neglect the things that help us do just that, such as going to work to earn an honest living, even if that is working from home in these Covid-19 interesting times, and remembering to eat and drink, and all those other bits and bobs that help keep us turfing. Something else that keeps us effectively turfing is the not-so-humble bicycle, and my trusty steed, Ogre, was in need of some minor maintenance.

I’ve recently noticed that my gears were not changing as slick as they should, occasionally dropping into a lower gear with a rather nasty crunching sound. In fact, it happened during my Ferret run at Loanhead the other day, and may just have lost the odd second or two that would have taken me below the 9:01 time I achieved. To be honest, I’m happy with that time but something under 9:00 would have been nice.

I don’t have the usual gearing setup on the Surly Ogre, none of this marketing and sales driven 3 x 13 derailleur gears nonsense, just a plain old Shimano Alfine 8-speed internal hub gear. I built it this way for simplicity, no derailleur mechanism to get caught on anything and it doesn’t need adjustment for years, solid and reliable. And you can change gear while standing still. Try that on a derailleur geared bike, I dare you. But after many years of sterling service, some TLC is required. For interest, I checked my emails and I built the Ogre back in November 2012, so the Alfine hub has fared well over the years. The Ogre frameset cost me £386.99 then but now costs a whopping £750.00 today.

Normally, I’d strip the whole hub down for a re-lube, basically removing the entire gear mechanism for an oil bath but with the Scotland – Skåne Turf Team Challenge in progress, I didn’t want to risk anything occurring that would result in Ogre not being rideable. That can wait for another day. In any case, I suspected the shifting problem was due to the inner cable sticking inside the outer casing. Everything is aligned correctly – there’s two yellow marks on the hub and all you need do is turn the cable adjuster to align them and that’s it.

The cable is fairly easy to replace. Unclip the cable from the cassette joint assembly at the hub – easier if you have three or more hands – and remove the inner cable fixing bolt. Next, at the other end of the cable, remove the cable end plug from the shifter and pull out the cable. Inspection of the cable revealed the likely cause. The cable is Teflon coated and some of the coating had flaked off in parts, possibly caused the cable to stick in the casing. I used a spare cable from the bike spares shelf in the man cave and after greasing it, threaded it through the shifter and down through the casing. A very fiddly, with much swearing task, at the shifter end!

Next, attach the inner cable fixing bolt. You need to position this exactly 101 mm, no more, no less, from the end of the outer casing to the centre of the inner cable fixing bolt. Takes a bit of eye-straining careful concentrated effort. Then re-attach the cable to the cassette joint assembly. Finally, click through the gears up and down a few times to take up any cable slack, then use the barrel adjuster to align the two yellow marks on the hub. And hey-presto, job done. A quick road test to check all was well and mission accomplished. Hopefully, no more gear slippage. Now, in the best tradition of the silent film era.

“…later on that evening…”

Now, time to take some zones and see if Ogre’s gears are up to scratch. A quick blast around Hopefield, Bonnyrigg, added a few more points and takes, then up the cycle way to Rosewell. Unfortunately, all zones had recently been taken and were blocked, however, by the time I’d looped around Rosewell they would be clear for the taking and I’d be returning by that route anyway, so not a problem. No problems taking most of the zones in Rosewell, although EnterWhitehill and WhitehillGolf both seemed to take ok but never completed. I even returned to EnterWhitehill again thinking I’d forgotten to stop for the take but same problem again. Gremlins, I suppose.

Rosewell can be an awkward area to get an efficient route between zones and some backtracking may be required. Also, some of the tracks have some excellent examples of pot-holes, if you’re a pot-hole enthusiast. Gears on Ogre were fine, in fact, much smoother than before, although I did manage to skip once in 8th but that might have been me making a wishy-washy gear change. Need to keep an eye on that. Overall 35 zones taken, so quite a good evening. Home for tea and toast.

P.S. Was out taking zones in Bonnyrigg and Dalkeith the next day and Ogre’s gears are still not right. There’s a roughness felt through the pedals, perhaps the bearings on the hub need greased or adjusted, but hopefully nothing serious within the gear mechanism itself. Might need to check the bottom bracket as well. Something I’m going to have to tackle sooner rather than later. Both Pugsley and Krampug have the same Alfine hub setup, so can easily do a swap over if required. It’s one of those nice messy oily jobs you tend to avoid.