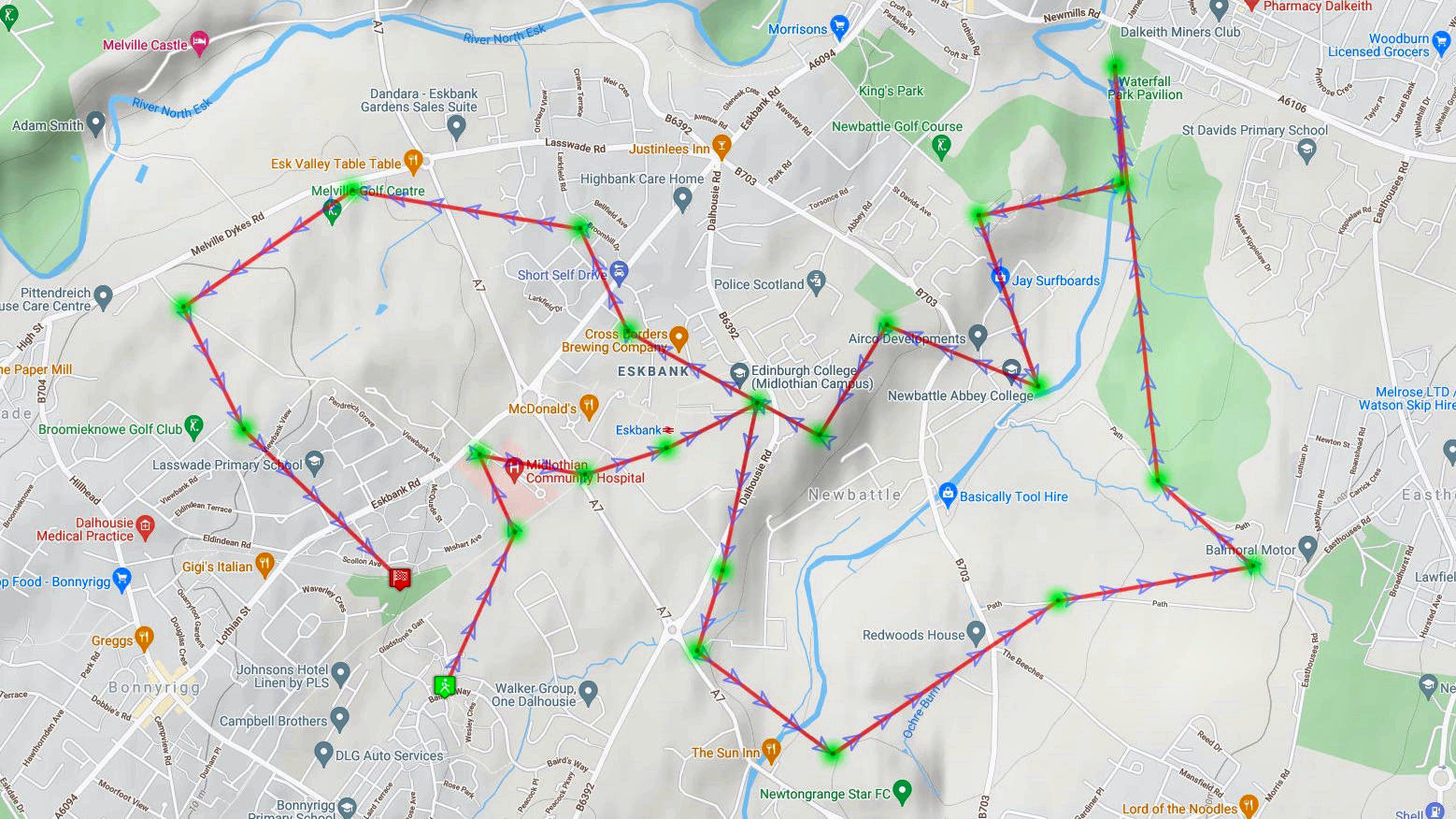 All was quiet in the Shire of Midlothian where coal was once King but home-working now rules supreme. The restaurants, cafés, pubs and bars have all closed early due to Covid-19 restrictions. By 10:30 pm, all the fancy food fanatics, frothy coffee connoisseurs, pub-grub patrons and bar proper-uppers have been packed off home to bed, though an unsteady few still wander the streets, weaving, staggering, even lurching, and in one sad instance, crawling along the cycleway singing Bohemian Rhapsody by Queen, very, very badly. Or at least crawling in the general direction of home, probably.

Now, imagine you are high above the sleepy hamlet of Bonnyrigg. You are, in fact, Scout-Private 3rd Class P’ea-nutt (sorry, that’s how it translates), of the Slightly Cursed Revolutionary Organon Targeting Unified Malevolence (translations again) on an advanced scouting mission prior to the invasion of Planet Earth. The time is around the witching hour of Midnight. Your single highly-advanced electronically-enhanced eye zooms down to a certain unassuming street and a certain neat little bungalow with a shrubbery out front. It’s a nice shrubbery and wasn’t too expensive. In the back garden, sporting a nice shade of cornflower blue, a garden shed.

Inside, a light is on, there is movement, a male earthling is preparing to venture forth, his trusty kick scooter champing at the bit to be released back into the Wild. Note how the soft glow of the mobile phone reveals the grim expression off dogged-determination, note how badly the salmon pink board shorts and lime green t-shirt clash against all known laws of fashion and note the Karrimor Ithaca walking sandals that were reduced to half price. No, not an aging 60’s hippy, a turfer.

You bring your ultra un-reliable, bio-engineered, vat-grown, jumps-through-hyperspace-sometimes-when-to-feels-like-it, rather long-in-the-tooth Hodge Class Scout-craft Mk3 (armed but only slightly dangerous) “Edge of Sanity“, silently down through the clouds and decide to observe this strange individual who appears to be rather different from the normal Earthlings so far observed, catalogued and scheduled for relocation. The invasion of Earth was nothing personal to Scout-Private 3rd Class P’ea-nutt, it was just a job and anything was better than being back home in the Nest with his seven nagging credit-spending wives and their forty-two screaming delinquent hatchlings.

Our subject, known by the turf name PlanetGary, was seen to lock up the blue shed and set forth, piloting the kick scooter mentioned above. To Scout-Private 3rd Class P’ea-nutt, it was a strange device, propelled by pushing with one-leg, then after a few strides, with the other. This was entirely alien to Scout-Private 3rd Class P’ea-nutt, who was obviously himself, an Alien, and possessed only the one central leg, as is the norm with his species.

Fearful of being observed, and totally against all Standing Orders from High Command, Scout-Private 3rd Class P’ea-nutt took it upon himself to follow PlanetGary more closely, instructing his scout-crafts aging AI system to activate stealth mode, a form of cloaking device that renders his craft invisible, well, mostly invisible. And with his tracking and targeting system locked onto PlanetGary, he settled back to observe and record. He even put his single foot up on the control console.

To an alien being from a distant moon, orbiting a distant planet, in a galaxy, far far away, such as Scout-Private 3rd Class P’ea-nutt, the antics of PlanetGary gave him great cause for concern. Our subject seemed to pilot his human-propelled device from place to place, stopping for exactly 21.8 Earth seconds at each before moving off to the next one. Again waiting for exactly 21.8 Earth seconds. Scout-Private 3rd Class P’ea-nutt found this very alarming. Such activities were unfathomable, highly suspicious and like nothing Scout-Private 3rd Class P’ea-nutt had encountered before. Back on Homeworld, such actions would have resulted in the Proper Observations of Odd Persons Department (translation), issuing immediate orders for the detention and questioning of the individual in question.

The handlebar mounted communications device seemed to govern these strange 21.8 Earth second stops and starts, and Scout-Private 3rd Class P’ea-nutt used the scout-crafts short-range effector array to log onto the device. The stops and starts seemed to correspond with unusual, and apparently randomly spaced, red or green markings shown on the device view screen. As a highly-trained, and therefor highly inept, military alien, Scout-Private 3rd Class P’ea-nutt also noted an area called Newbattle Abbey, and many of the red or green squares had rather worrying names such as RecentBattle, AncientBattle, OldBattle, BattleForest and Mary. The latter having the same name of the Goddess of Bad Luck, Misadventure and Don’t Even Think About It or Else, a goddess much feared back on Homeworld. Was PlanetGary, the subject of his observations, a seasoned earth-warrior? And what was a turfer? A member of the fabled Earth Special Forces, perhaps?

Some two Earth hours had passed since Scout-Private 3rd Class P’ea-nutt starting observing Earthling turfer PlanetGary. The subject human had piloted his ground craft without apparent effort over many miles of rough terrain, had been alone and unafraid in the dark forbidding woods and had stopped and started for exactly 21.8 Earth seconds some 24 times and Scout-Private 3rd Class P’ea-nutt was now bored to death. Not only that but his alien-equivalent coffee machine was on the blink, half his rations had been nibbled by alien-equivalent mice and the other half had been piddled on by same alien-equivalent mice. Enough was enough.

Sadly, at least for Supreme-Commander Bot’em-Zup and the entire invasion fleet, Scout-Private 3rd Class P’ea-nutt had failed his astral-hyperspace navigation course and totally cocked-up the multi-dimensional tachyon-phased landing co-ordinates. This resulted in the alien invasion fleet jumping into the event horizon of a nearby black hole, with the total loss of all craft and crew. Oops, thought Scout-Private 3rd Class P’ea-nutt.

And there ends our merry tale of alien invasion, with a little light turfing thrown in for good measure. Turfer human PlanetGary continued to turf while Scout-Private 3rd Class P’ea-nutt jumped his little scout-craft to the distant reaches of the galaxy, set up a small café on an isolated planet in the Neutral Zone and spent the rest of his days serving earth delicacies such as chocolate chip pudding, beans on toast and chip butties. It just goes to show, doesn’t it?