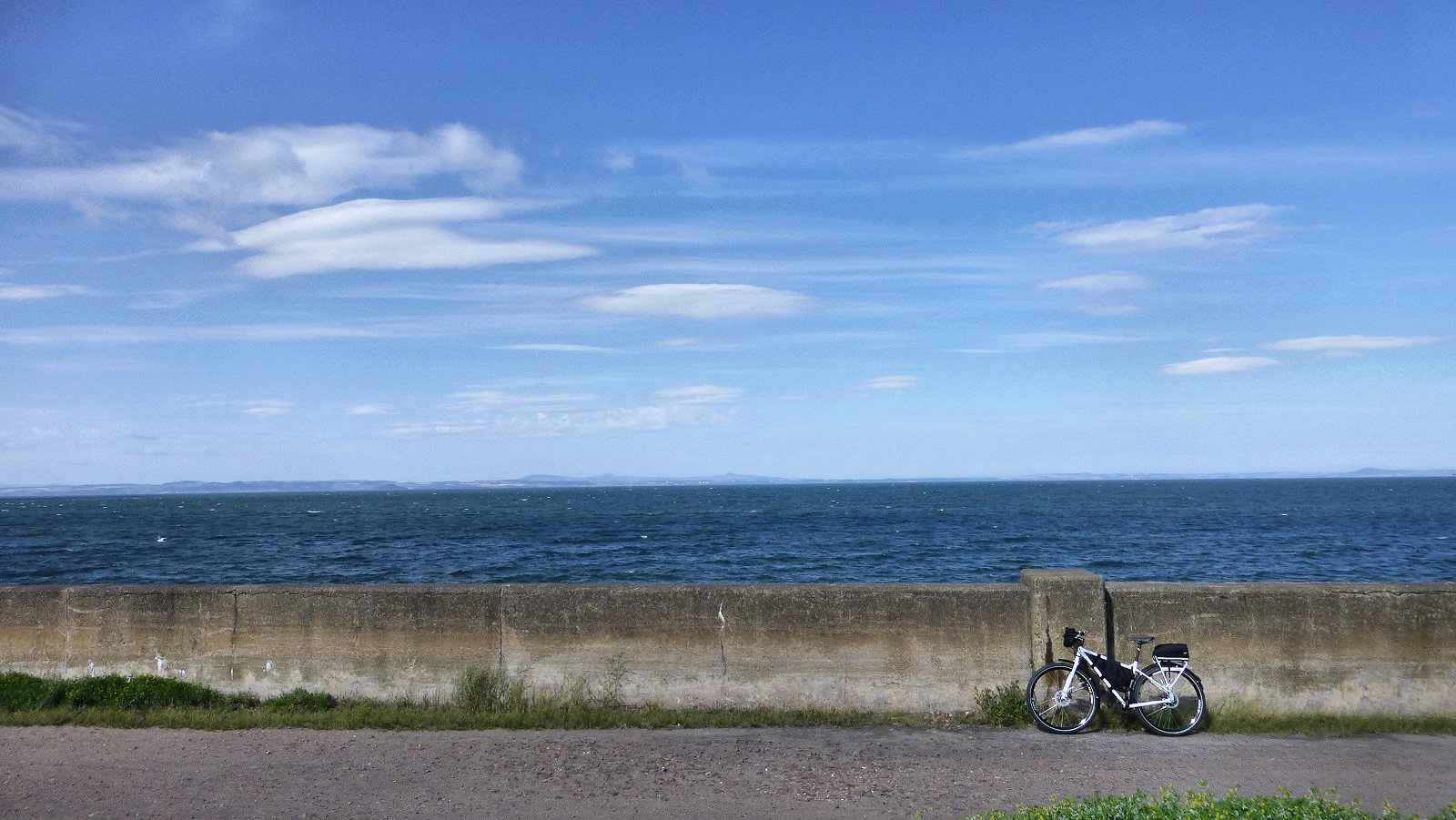 The Diversier medal, awarded when you take 500 round unique zones (that’s 500 different zones within a single round of turf). To be honest, I’ve found it quite challenging, what with annoying bicycle problems and even more annoying back ache, both trying to put a stick in the spokes. However, after a long day in the saddle cycling here, there and everywhere, up, down and even backwards in Port Seton, Cockenzie and Prestonpans, I’ve finally reached that magical 500 and the Diversier medal is mine, all mine! Thank goodness for that, now I can chill out a little, at least until the 2021 Turf Regional Competition starts on Sunday 5th September. Have you signed up? Go on, you just know you want to!

I started off this morning on what, I hoped would be, the final session of my Diversier medal attempt, with 441 round unique zones already taken, leaving just 59 left to take. My plan was to follow the B1361 and A198 through Prestonpans, Cockenzie and Port Seton, picking off nearby zones on either side of the road. I’d head west as far as Seton Mains with the Seton Dean being my turn-around point for heading back along the coast road towards Musselburgh, again taking zones until I’d reached my 500 total. The area has about 70 zones, so plenty for my needs and a few spare should there be any zone issues. There was also Longniddry should I need more zones. 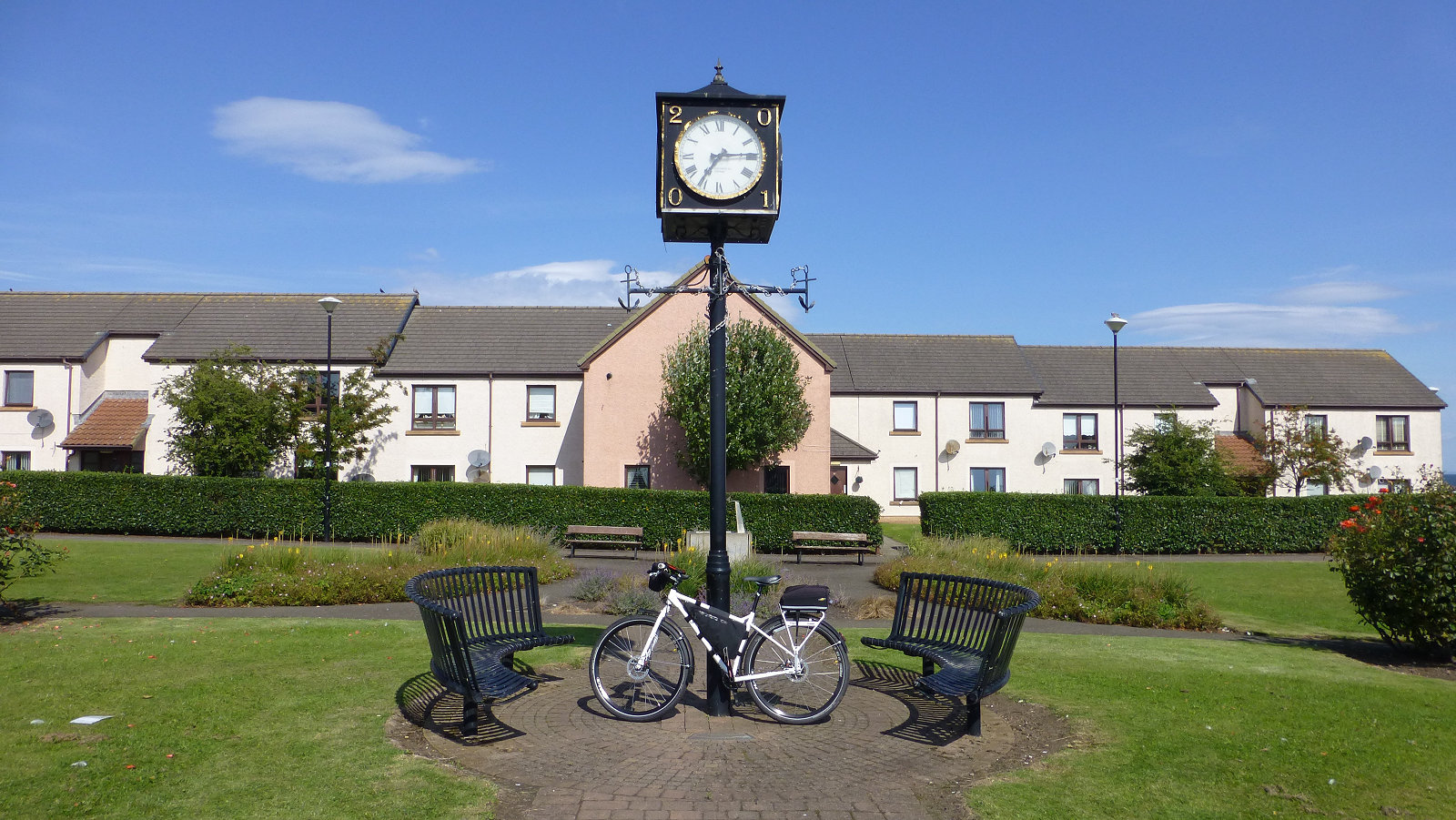 The weather was excellent, nice and warm with a mix of bright blue skies and a few Fortean spaceship clouds (Lenticularis clouds) making for some interesting zone photography. On the down side, a strong westerly head wind would make the return cycle back home all the more challenging, i.e. leg-sappingly knackering. One point to mention, taking photographs of zones can be quite time consuming. In fact, I’ve already taken photographs of all these zones previously but conditions are always different on each visit and I just cannot pass up a better zone photo.

First zone takes was a couple beside the Royal Musselburgh golf course, then it was along to the new housing estate on the Edinburgh side of Prestonpans, beside the railway line. The first zone, MonksMeadow, was slow to take but was okay but then it became the proverbial pain-in-the buttocks. After that the next 5 zones were all a nightmare to take. The progress bar would complete but then the little icon starts flashing indicating connection issues. The mobile phone signal seemed okay. I tried restarting the Turf app and also the phone itself, multiple times, but to no avail. I eventually gave up and headed along to Port Seton, where the issue had largely resolved itself, the zones were mostly taking without any problems or delays. 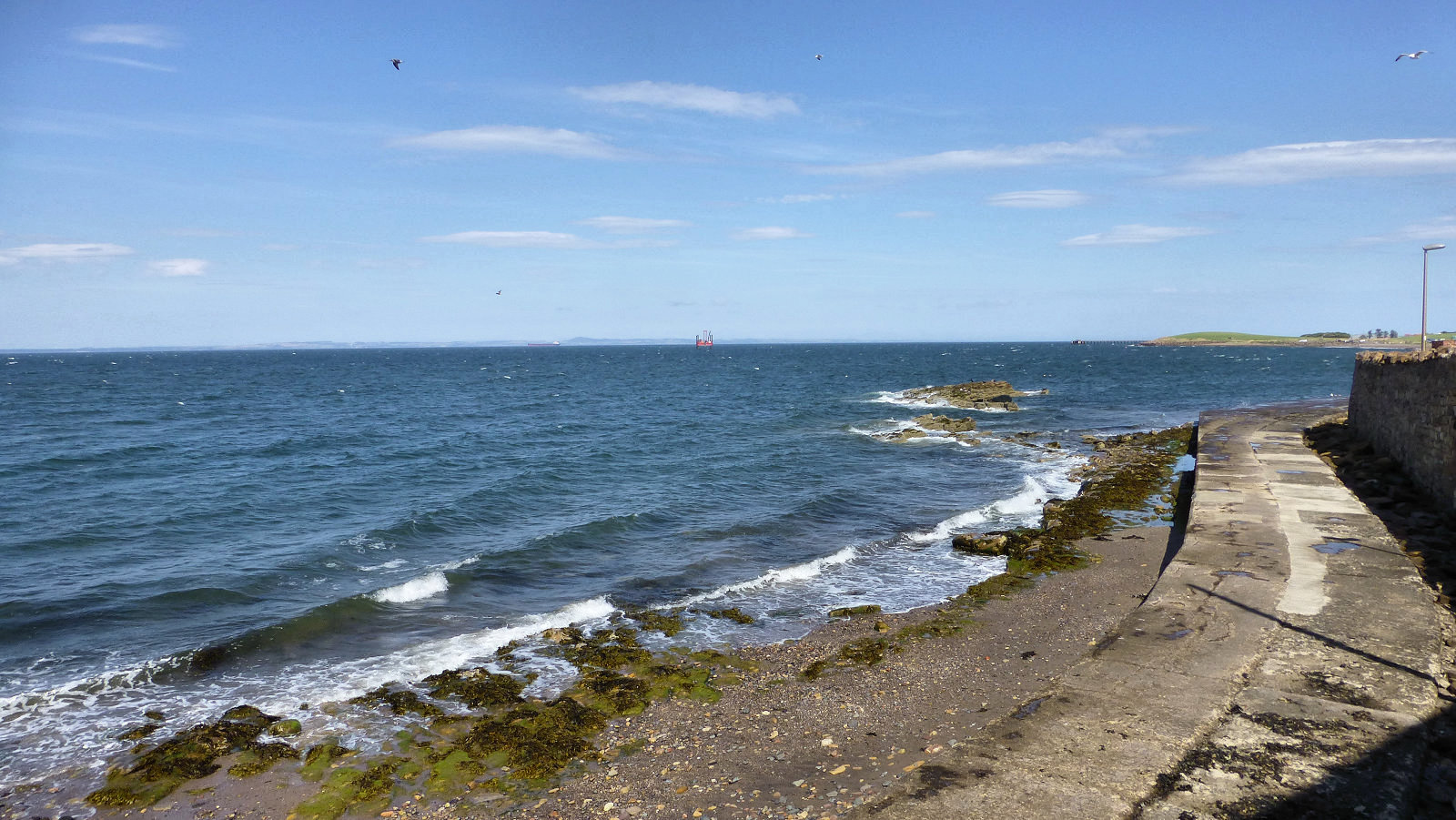 An alert on the Turf app showed a message from turfer TheInquisitor, kindly asking what my route plans were so as we could avoid potentially blocking each other. However, though we tried to meet, ended up getting rather mixed up and missed each other. I didn’t notice TheInquisitor’s turf icon on the map as I was zoomed in and only viewing a small area. Shame, I would have liked to have met for a chat. Perhaps next time. Hope I didn’t cause TheInquisitor too much extra effort for that Greed-100? And no, I don’t “blog hate” other turfers without good reason. Just those who are deliberately awkward for the sake of it, not turfers simply turfing and following the Laws of Turfing.

I’m assuming, perhaps incorrectly, that TheInquisitor is actually a he/him, rather than a she/her, or even a they/them, as these politically correct things tend to do their best to confuse us of the older generation. Turf names are not always so easy to assign a gender. My niece informed me the other day that there are dozens of different non-binary gender pronouns, neo-pronouns and the like. I met turfer Aibo the other day and she was most definitely a she, not a him, as I had originally imagined, so just goes to show. Well, she looked like a she, talked like a she, had curves in all the right places, looked super-fit and was rather pretty. Therefore, according to the Book of Gary, she is a she. Oh, this could get very confusing. 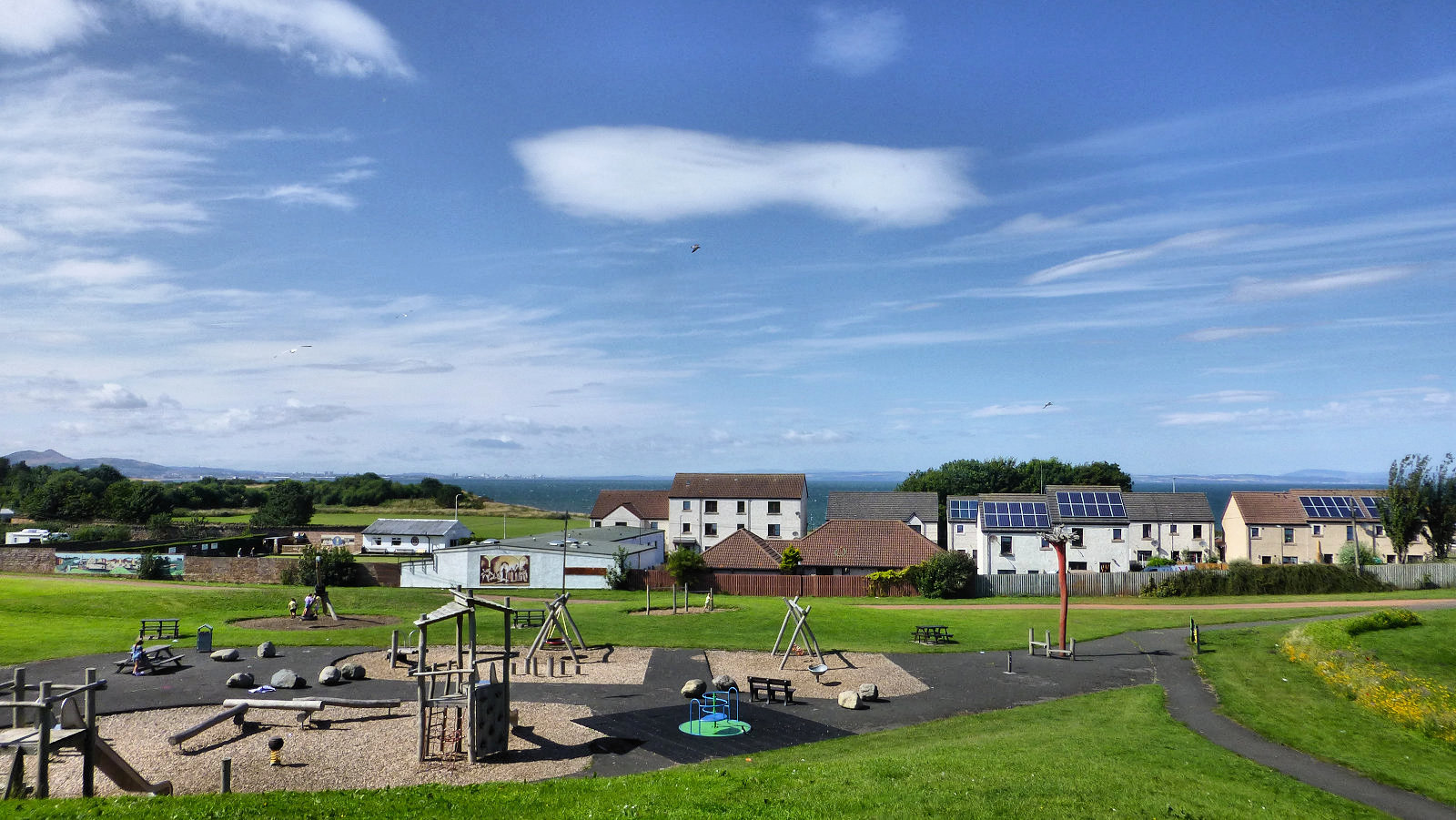 I’d changed by cycling shorts this morning and my new clean shorts were slightly shorter in the leg than before, so I was showing a pale band of un-tanned flesh on my thighs. With the sun very warm today, I was beginning to burn, so decided to slip into some longs for protection. I was turfing Seton Sands Holiday Village at the time and found a quiet spot at zone NoWayOut where I could carry out a shortsectomy. I don’t wear underwear while cycling, finding it much more comfortable that way, so need to do quick change lest a passer-by faint at the sign of my Gentleman’s Parts or bright shiny derrière. However, with a quick change there are risks and one risk is getting tangled in your shorts and falling over. I won’t elaborate further but no doubt those with an imaginative imagination be able to work out what happened. I hope nobody was watching from the bushes?

By lunchtime I’d picked off most of the zones in Port Seton, stopping at zone TheMemorial, for lunch – there’s some handy benches there and it’s sheltered from the wind. Lunch was not without incident. I’d packed a yogurt, carefully protected in a small stuff sack in case the obvious should occur in transit, the dreaded burst yogurt pot. And yes, guess what? There was a burst. Not too bad a burst, a small burst about 1.0 to 1.9 on the Richter Scale of Yogurt Pot Bursts, but bad enough, and I only noticed when lifting it out of the stuff sack and the strawberry flavoured sticky stuff ended up in my crotch area. Oh what fun! 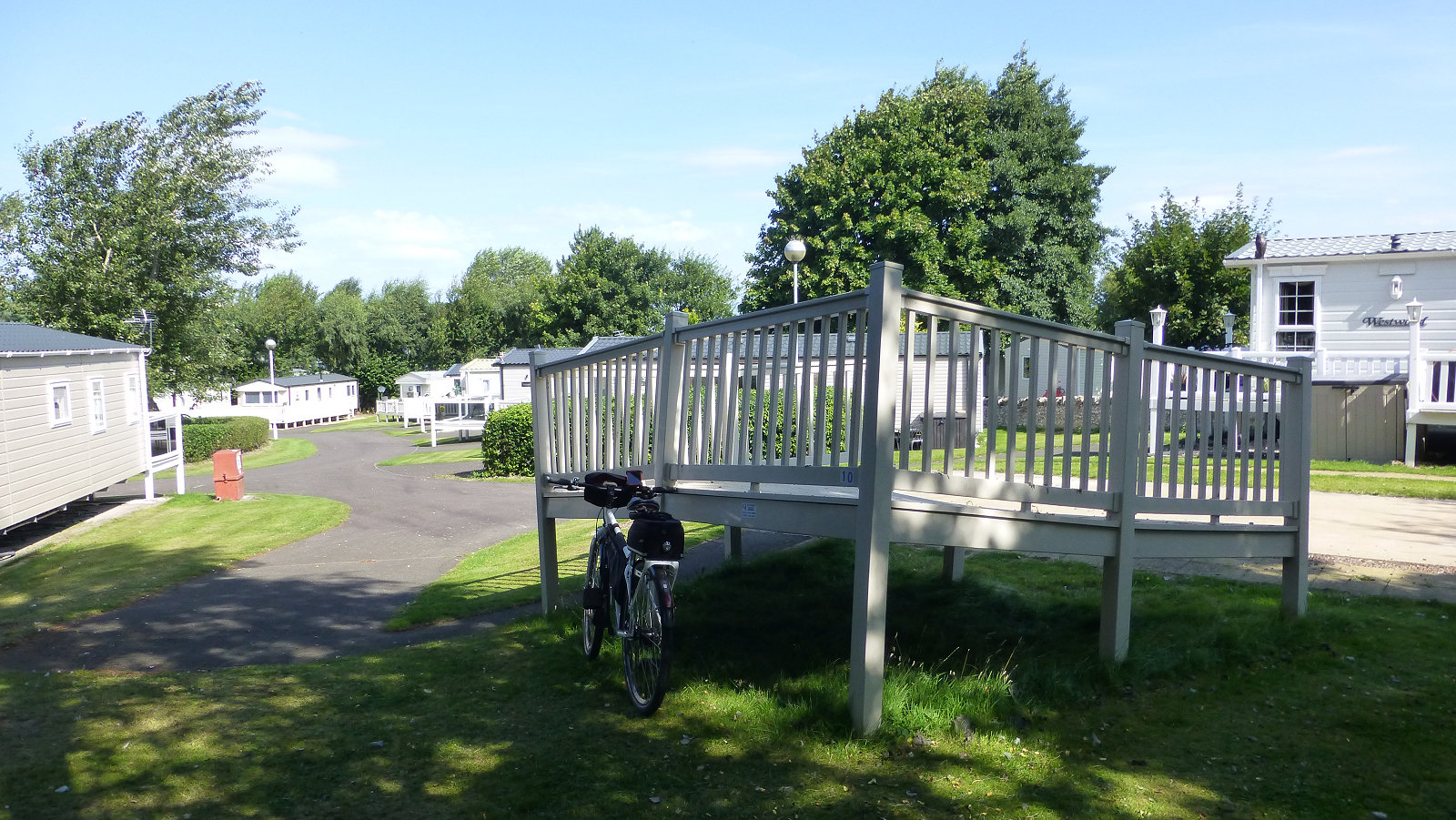 After 90 minutes of turfing, I’d taken all bar one of the zones in Prestonpans. There was just one zone left to take, zone InchView, and how many zones did I need? Exactly one, no more, no less. My count towards the Diversier medal was 499 takes. So this was the Big Moment, the Final Take. I cycled onto the grass, carefully avoiding the two fresh dog turds and the broken Vodka bottle, and stopped by the sandstone post. The take countdown starts. Will it complete the take or will it fail and I’d need to find another zone? After a few seconds, which always seems like forever, the zone was taken. Now the wait for the medal popup. Wait, wait, just a little bit longer, wait. Yes, Diversier is mine. Job done. Pat myself on the back. I can go home now.

I started my attempt for the Diversier medal at the start of this round on Sunday 3rd August, and it’s taken me just over two weeks to take the 500 round unique zones. No doubt it could be completed far quicker but what’s the rush, I’m retired and have time-a-plenty. Would I recommend this medal? Yes, I would but do your research first, work out where those 500 zones are located, ask if you can spare the time and can you actually get to them. One the plus side, there no need to bother about points, just unique takes, which makes the challenge that little bit lighter. Back again soon. 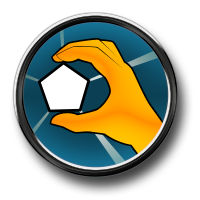 Diversier – The active turfer who have taken 5000 round unique zones during the same round.