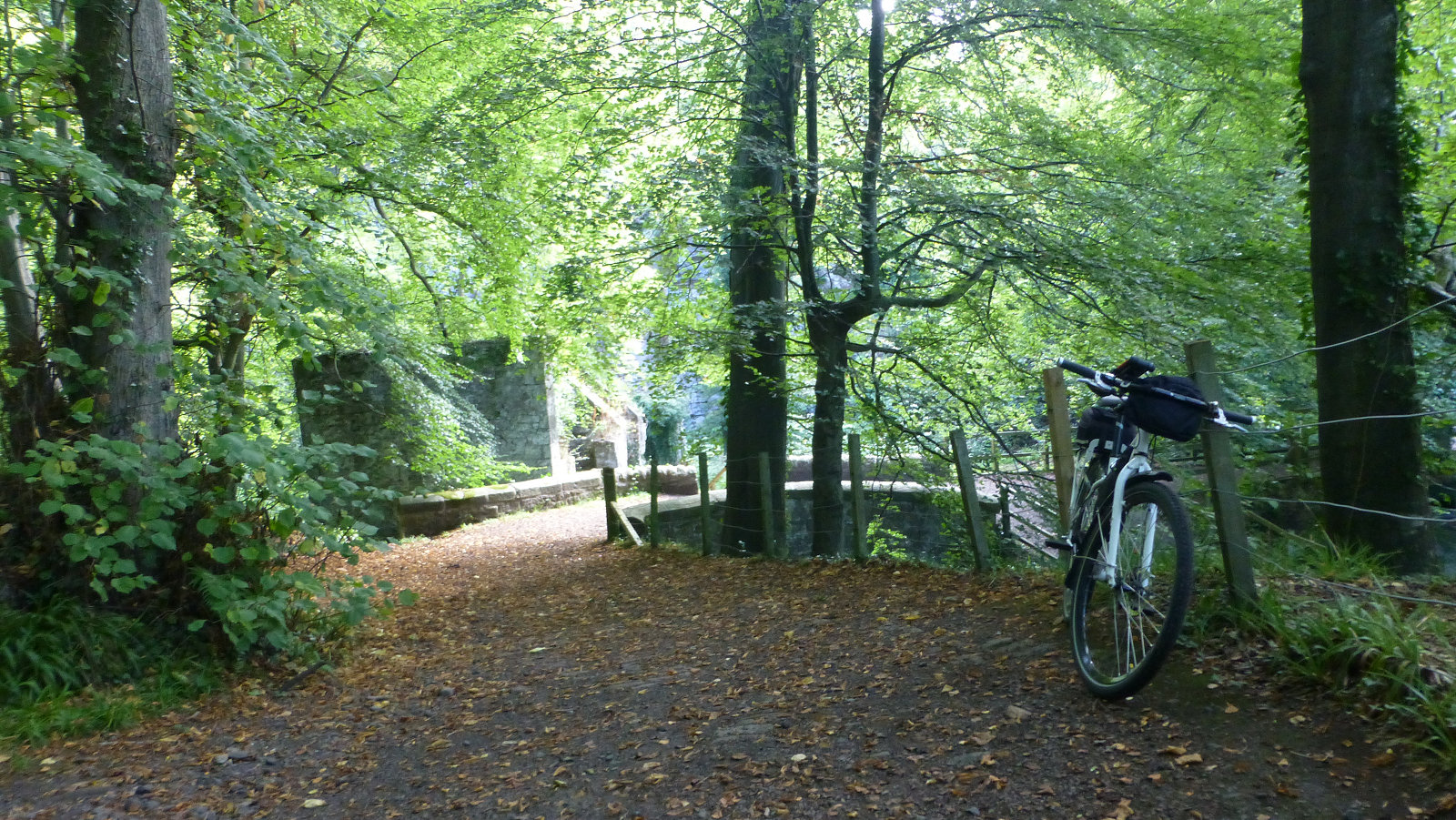 Finally, Miss Influenza Lurgi has actually, just about, nearly almost, left the building, well, she’s gotten as far as the inner foyer, where she is arguing with security, complaining about the bill, cursing the chef and trying her utmost best to remain and spread her dreaded lurgi. I reckon there was Five Horsemen of the Apocalypse, and Miss Influenza Lurgi was the fifth one. However, I am feeling much better now and have ventured out on the Ogre over the past two days to take a few zones, yesterday testing the waters first in Rosewell, least I find myself not as well as I think I am and have to head for home, an easy freewheel all the way downhill to the house.

Regulars visitors to Planet Gary, and possibly even to those who actually visit the zone themselves, will be aware of the rather large dog that lives beside zone LouisaGorton, in Rosewell. On my initial visit, during the night I might add, I suffered a very nearly brown trousers experience when I was surprised by a considerable “WOOF” from an exceedingly large dog, sounding far too much akin to the Hound of the Baskervilles variety for comfort, despite there being a stout six foot wooden fence between myself and The Hound. 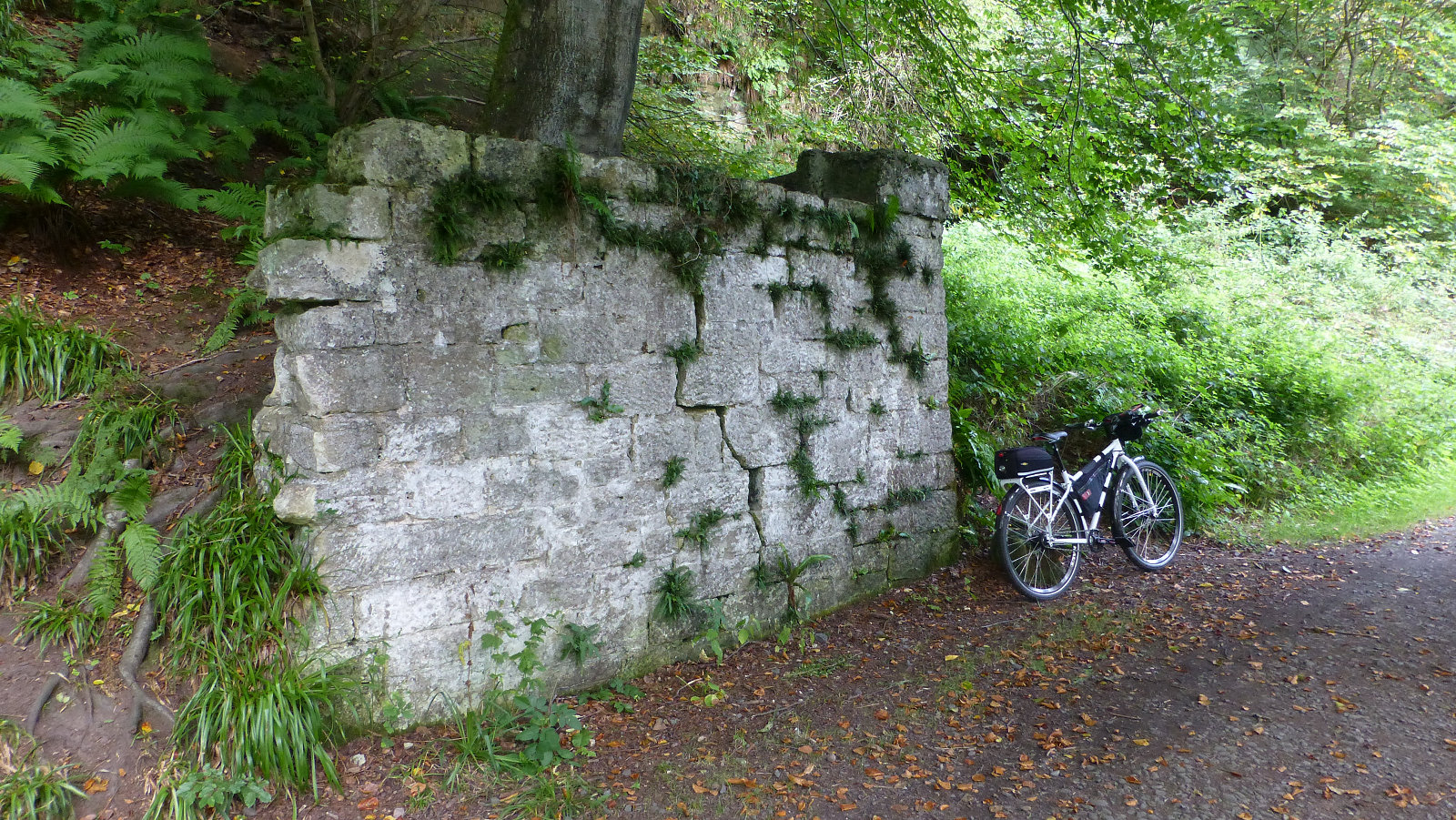 Thankfully, I had recently been to the smallest room in the house and brown trousers were avoided. Later visits revealed the dog to be an Irish wolfhound, about the size of a Shetland pony, possibly even larger. Today, being somewhat wiser, and no longer fearing the brown trousers effect, I learned that the dog in question is called Tracy. So, next time you visit zone LouisaGorton, Rosewell, in the wee small hours, you can tell Tracy the Irish Wolfhound, to bloody well stop barking and be quiet. I dare you!

After Rosewell, and feeling quite fit and well considering my past week, though a nasty dry cough still coughing up nothing when least expected – I guess, Miss Influenza Lurgi has left a few of her Nano-minions around – I was able to take a good few zones back in Bonnyrigg during the remainder of the morning and after lunch ventured back out again to tackle Eskbank and Dalkeith. Not a bad zone count with 68 in the bag and importantly, another bunch of zones towards my Five-A-Day. 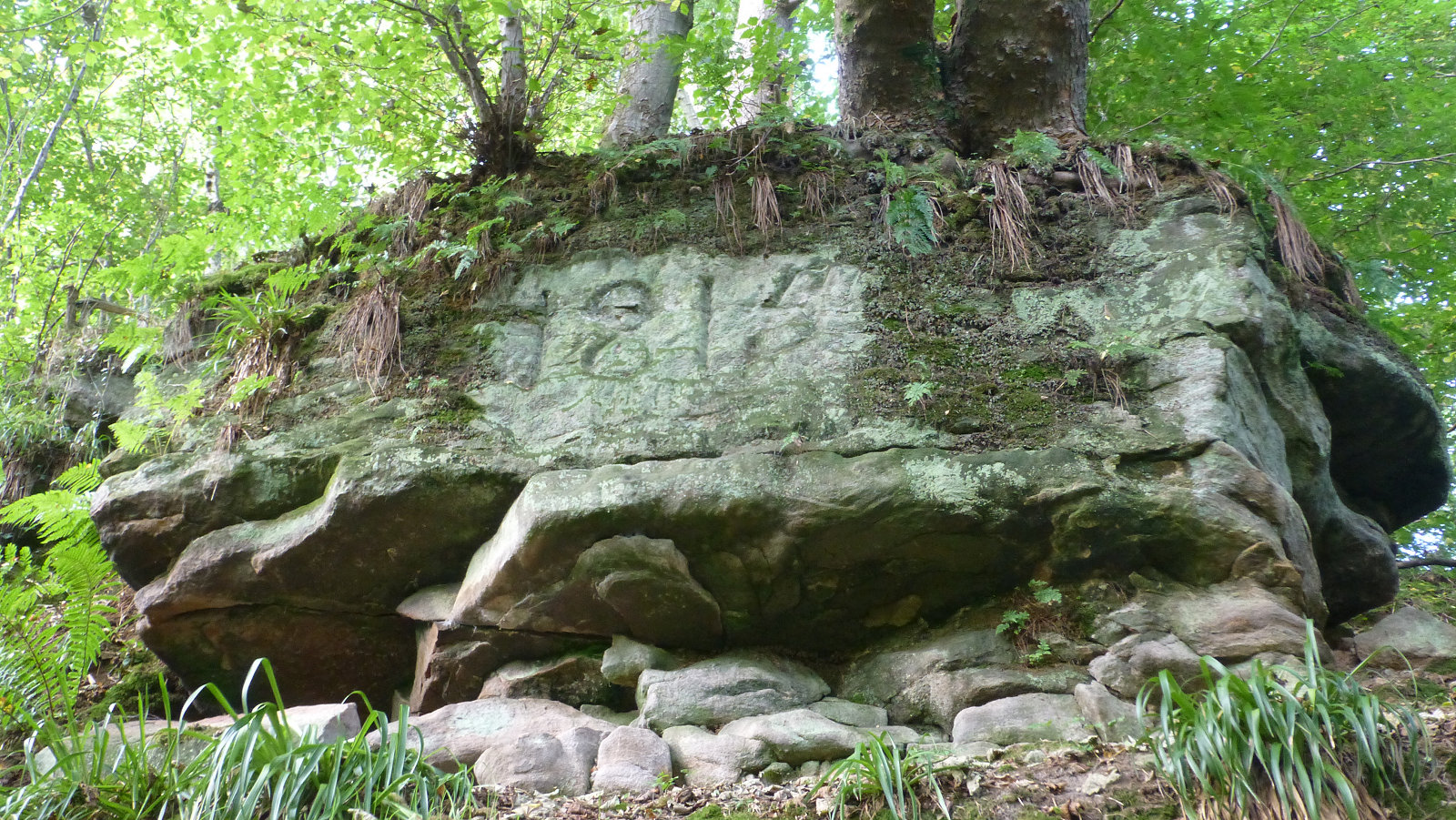 Today, I decided on a change of scenery and opted to cycle off for Roslyn, with the aim of following the cycleway to Shawfair, taking in Roslin, Loanhead and Danderhall along the way. The cycleway from Bonnyrigg to Rosewell was busy with the usual suspects but still provided a few easy takes, though only half-price revisits as I rode past Rosewell. Once I was past Rosewell, it was back to full-value takes again. To reach Rosslyn I dropped down the steps heading for Roslin Glen Gunpowder Mill. One annoying thing about these steps is there’s no provision for bicycles. It would be so much easier if a step-free channel was incorporated at one side to allow bicycles to be pushed, rather than being bounced down the steps, or carried, if heading up the way. Only two zones here, so it doesn’t long to take them. I wonder if any turfers notice the 1815 date carved on the sandstone rock face? Looks like someone is keeping it clear of vegetation.

Roslin village was next on the list and other than the steep ascent out of the river valley, is easy going. Was again tempted to stop at Dolly’s Tea Room but had a picnic lunch with me so carried onwards. To be honest, I cannot be bothered with all the palaver you need to go through when going to eateries, singing in, names and address and so on and I’m also very paranoid about leaving my bike unattended, even for a  moment. Guess I’m just getting grumpy in my old age! I then did a bit of exploring around Roslin, checking out a few pathways I’ve not been along yet. All good intel for the Turf Tour Roslin page I have on the to-do list. Keeping these for the less than ideal turfing days in the months ahead. 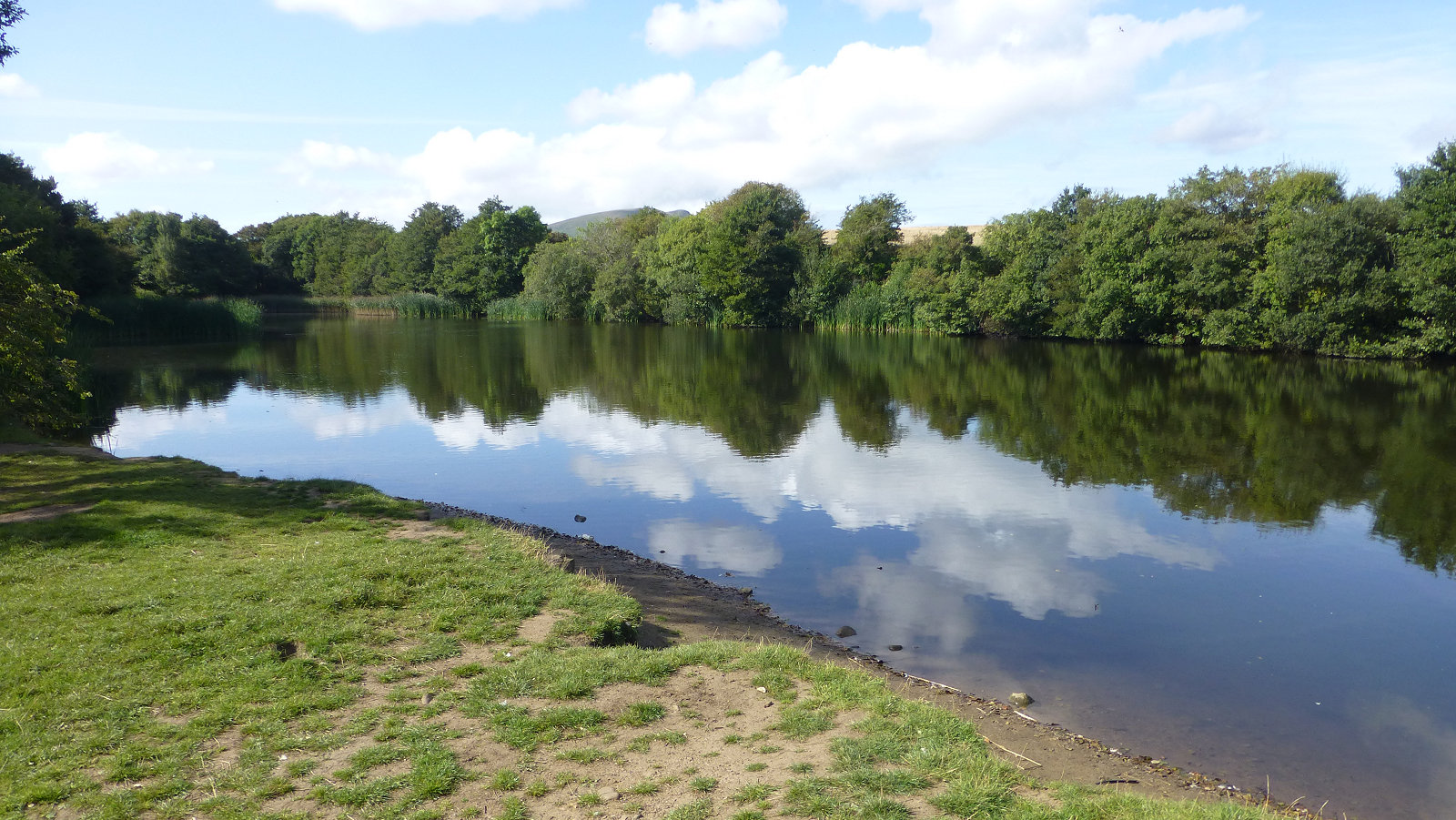 Lunch was in Roslin, at a small pedestrian area beside zone FountainBike. As I always like to travel self-contained, you get to the stage where you are an expert in finding the ideal places to stop for lunch. Once you’ve turfed an area more times than you can recall, you get to know each and every bench, even which benches will offer shade in the summer, or a sunny sheltered spot in the winter. Same goes should you find yourself needing to spend-a-penny. You generally know exactly where you can stop without being observed, something particularly useful in dense urban area like Edinburgh.

That also applies to changing clothing, for example, from long to shorts, or whatever. This morning I changed from longs to shorts down in Roslin Glen, thinking I was alone. However, as soon as I started cycling again, a young lady came along with a rather large grin on her face and her cheeks looking rather flushed. Looks like someone else other than Cathryn and my mother has been witness to my bare bottom! Yes, as a true Scotsman, born and bred, I follow the no-underwear-under-cycling-shorts rule. Oh, or should that be kilts? Oops, guess I got that one wrong. 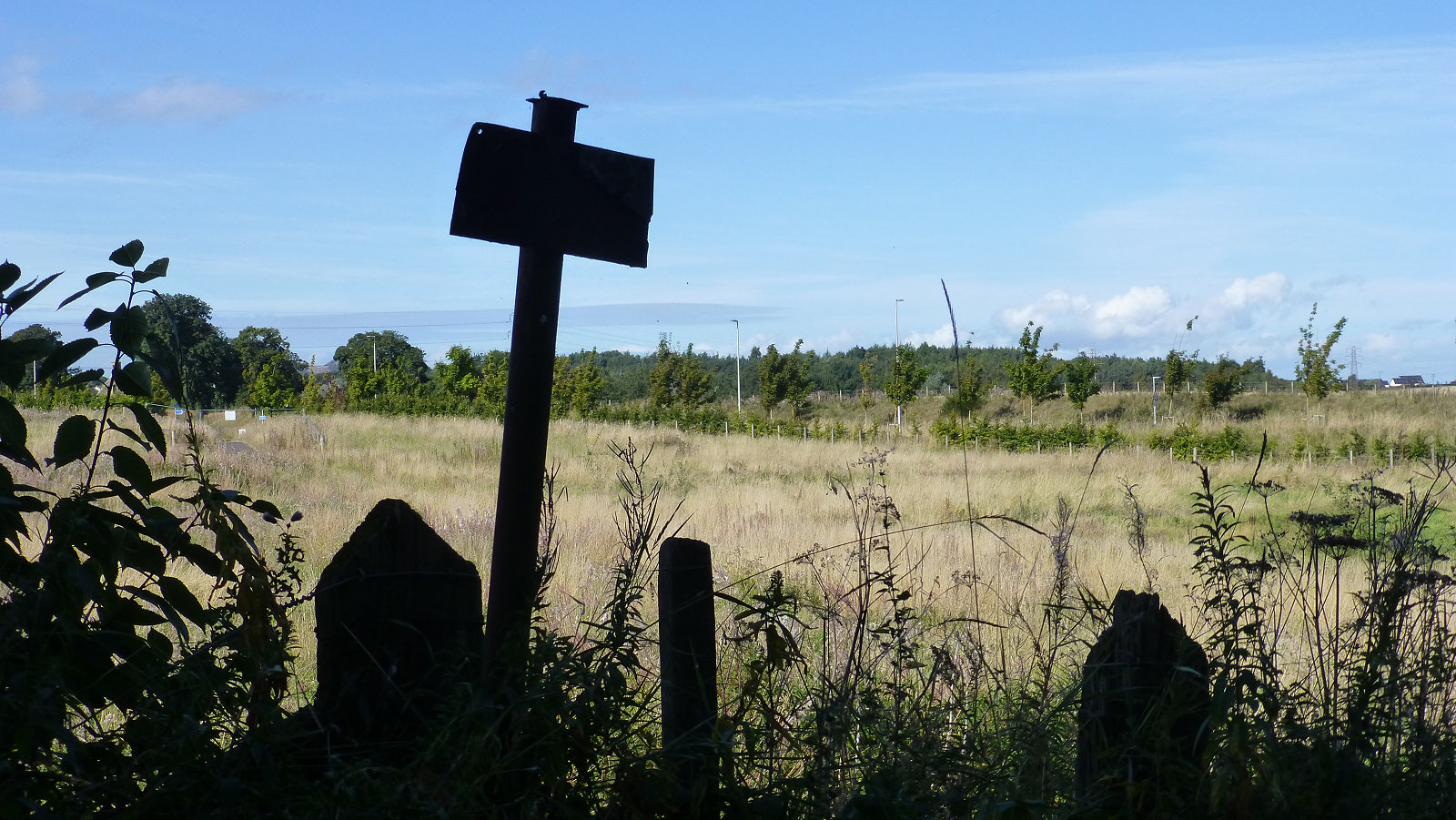 Back onto the railway path for Shawfair, which was fairly quiet with regards walkers and such like. I did catch up with two lads carrying large bags over their shoulders, long handled roller-brushes and large pots of paint. As they were approaching the A720 By-pass at zone GraffitiZone, I think you can guess their intentions. They seemed to look at me with some suspicion when I stopped to take the zone. I don’t know what they were saying as they were speaking, what I think was Polish. It will be interesting to see what’s new graffiti there might be on my next visit.

It doesn’t take long to reach Danderhall, and with only six zones to its name, it doesn’t take long to turf the area either. Found a neat little shortcut at zone Claybarns, just beside the church, useful if heading for the zones at Kaims and Shawfair. Note the stones pillars at the end were not designed with wide handled bicycles in mind. After a final five zones, I’d had enough for the day, or rather my body had, after a week of less than normal cycling, it was beginning to show. Hopefully, I’ll get back on form within a few days or so. It was good to see that the vegetation had been cut along the Kaim. No need to bother about stinging nettles and brambles today. After a fast dash down the A7, I was back home. Enough for the day, I think. Oh, and yet another bunch of zones towards my Five-A-Day. That’s me at nine days now, just one more day to go for the Daily-10 medal. Isn’t it exciting?