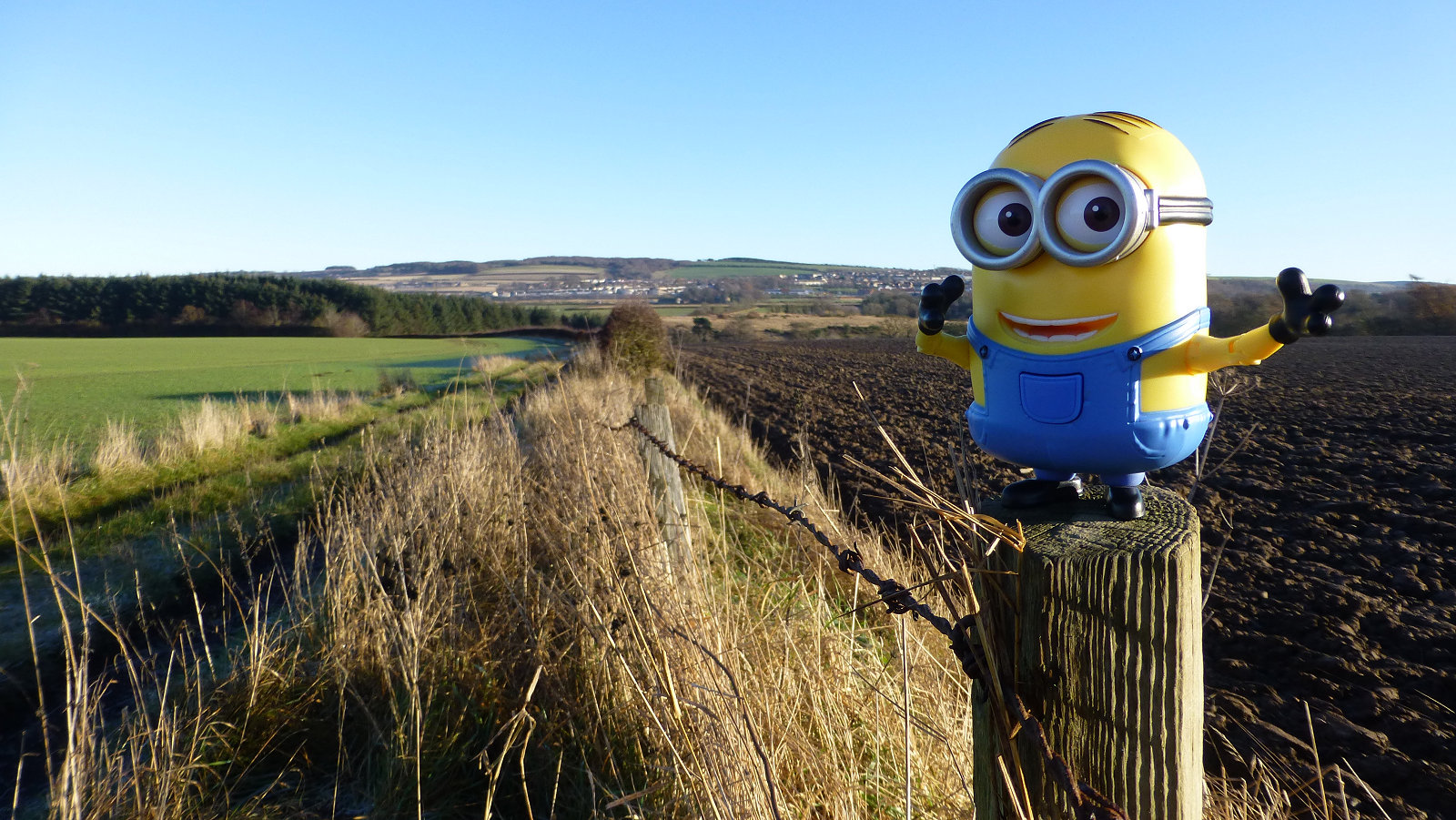 If you are a dedicated visitor to Planet Gary, and I’m sure you will have read all the pages and know everything about Planet Gary, you will be aware that I have in my care, or should that perhaps be protective custody, four little mischievous creatures called Dave, Kevin, Bob and Stuart. No, they are not cuddly little doggies, faster-than-the-eye ferrets or cute fluffy little bunny rabbits. No, they are Minions, with a capital “M”.

They have been badgering me for many months now to take them turfing. So far, I’ve refused, namely on the grounds that they always misbehave, steal anything not nailed down and are just the proverbial pain-in-the-buttocks. However, today Minion Dave gave his solemn word, swore on the life of Minion Bob and a few other things I do not care to mention in public, that he would be on his best behaviour. This would be a sort of trial run and I’d take them all out another time should all go well. 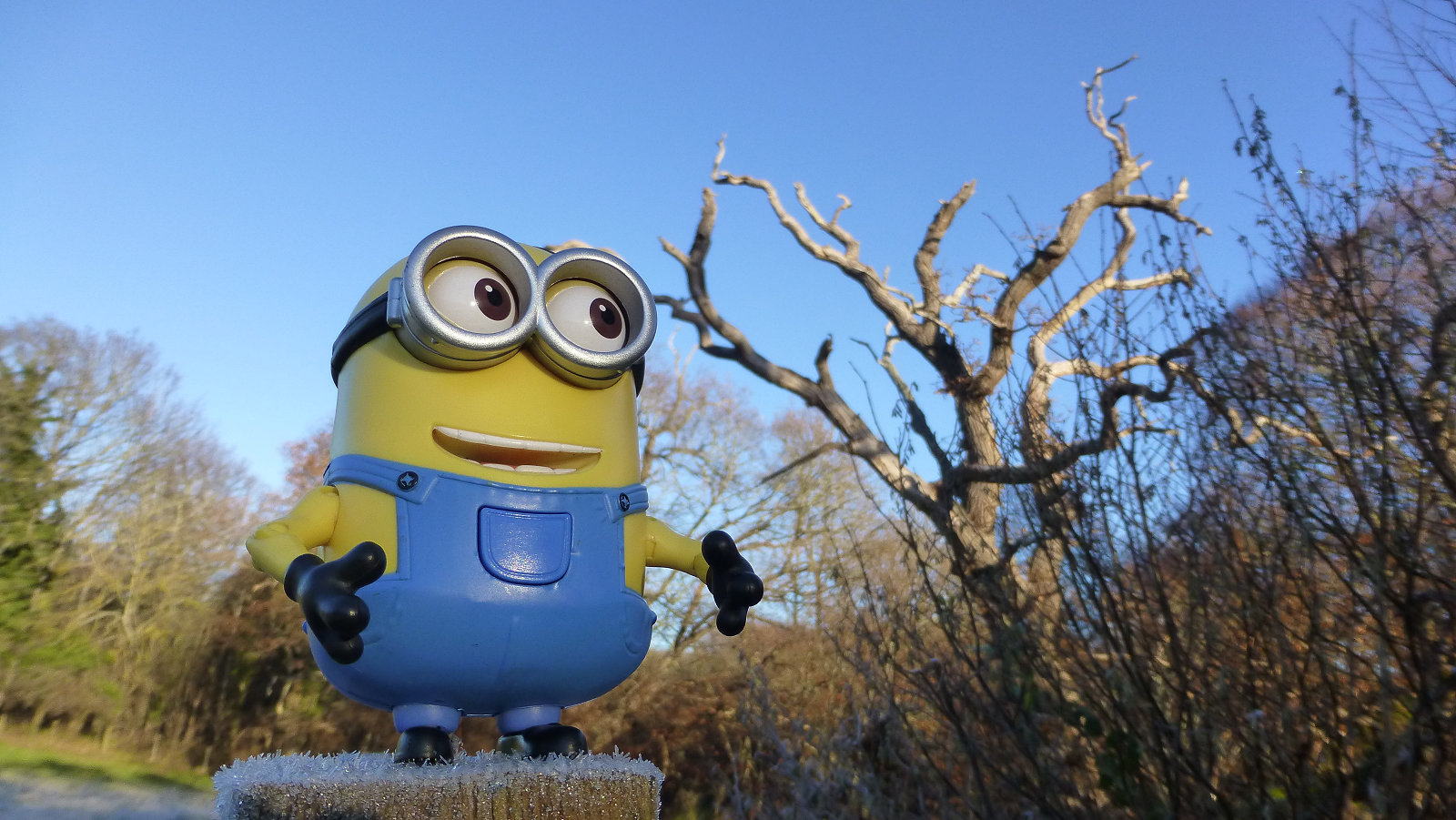 With much apprehension, at least on my part, we set off to walk around the grounds of Dalhousie Castle hotel. There are twelve zones in the area, all mostly countryside. No way was I taking a live Minion into an urban area. Who knows what would happen should one get loose amongst the general public. Of course, when I say “we” set of walking, I actually mean myself. Minion Dave bummed a lift inside the rucksack, claiming it was too cold, as his large surface area to volume ratio meant he would die of the cold. What a wimp!

Walking around the frozen woods and fields, Minion Dave was generally well behaved, though, at each zone the cry of “Photo, photo, photo” could be heard from the depths of the rucksack. Bit of a poser is Minion Dave. Likes to pose on the top of fence posts for some reason. A least I could keep an eye on him there. Normally Minions speak incomprehensible gibberish but for some reason, today I was able to understand Minion Dave. This is slightly worrying.

It was a lovely day, though sub-zero temperatures overnight had left the ground frozen hard and covered in hoar frost. Very cold but on the plus side making for easy walking, other than a few areas along the field boundaries where the weak winter sun had managed to thaw the soil. We met a few people out walking their dogs and they all gave me a wide berth when passing, for reasons unknown. It couldn’t have been me, as I had my yearly bath the other day – I usually take it around Christmas time. Helps me remember when I last bathed. Very odd.

Anyway, we spent a pleasant morning strolling through the woods, walking the field margins and wandering along the banks of the River South Esk. I was most impressed with Minion Dave. He was very well behaved, even offering up some excellent advice on camera angles and his knowledge of photography was quite astonishing. He could even explain what reciprocity failure was and understood depth of field and the rule of thirds. Of course, one has to be very careful with Minions, they are sneaky bunch and you should never let your guard down. 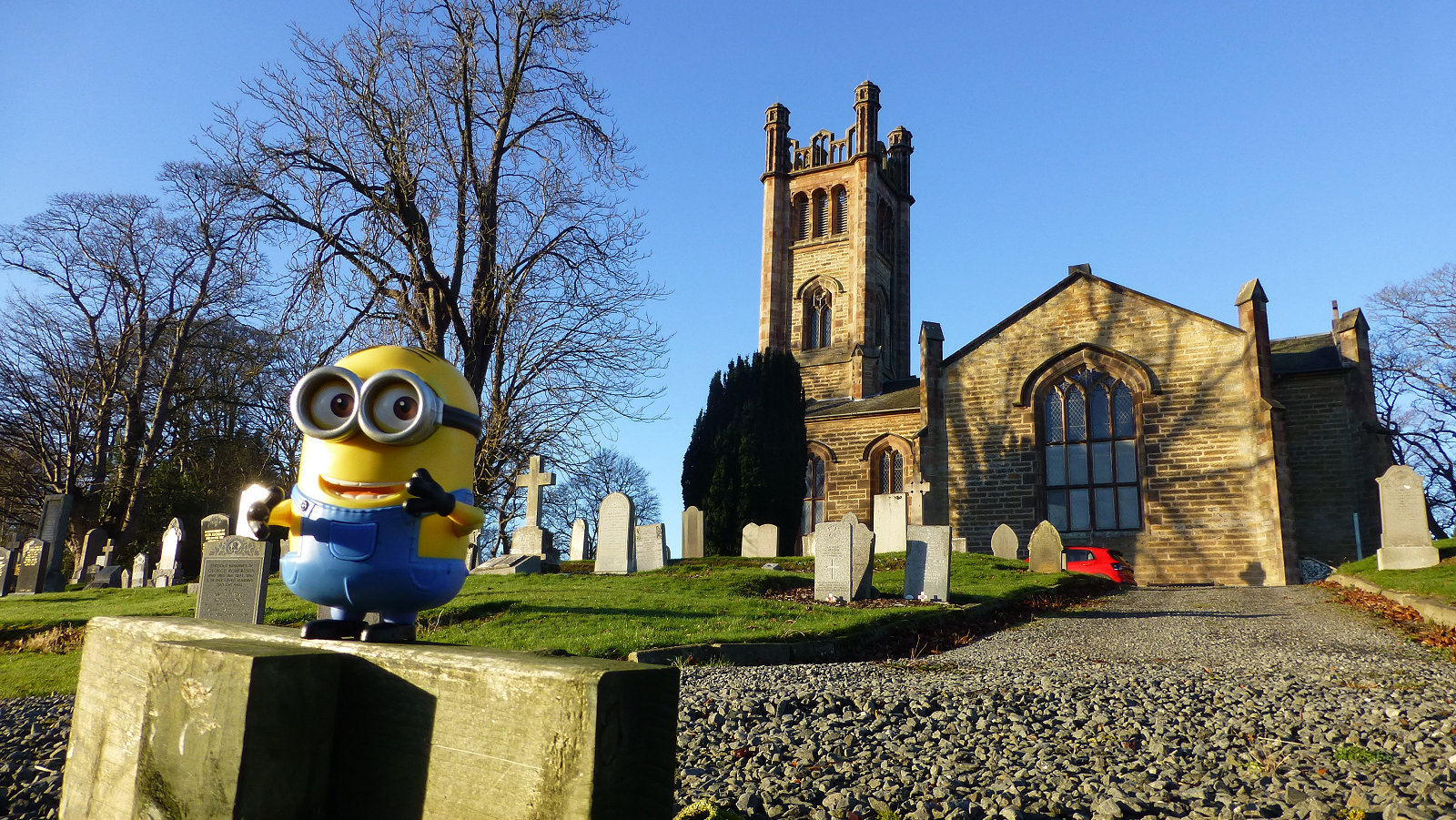 Back home again, we’d taken twelve zones, which gave me my Five-A-Day and a few more. Incidentally, that’s exactly 100 days straight I’ve managed, only another 80 to go for the next Daily medal, the Daily-180. Of course, Minion Dave was keen to share all his adventures with Minions Kevin, Bob and Stuart, and soon the question was asked, ” Will you take us turfing next time?” Yes, I replied. I wonder what I’ve let myself in for?