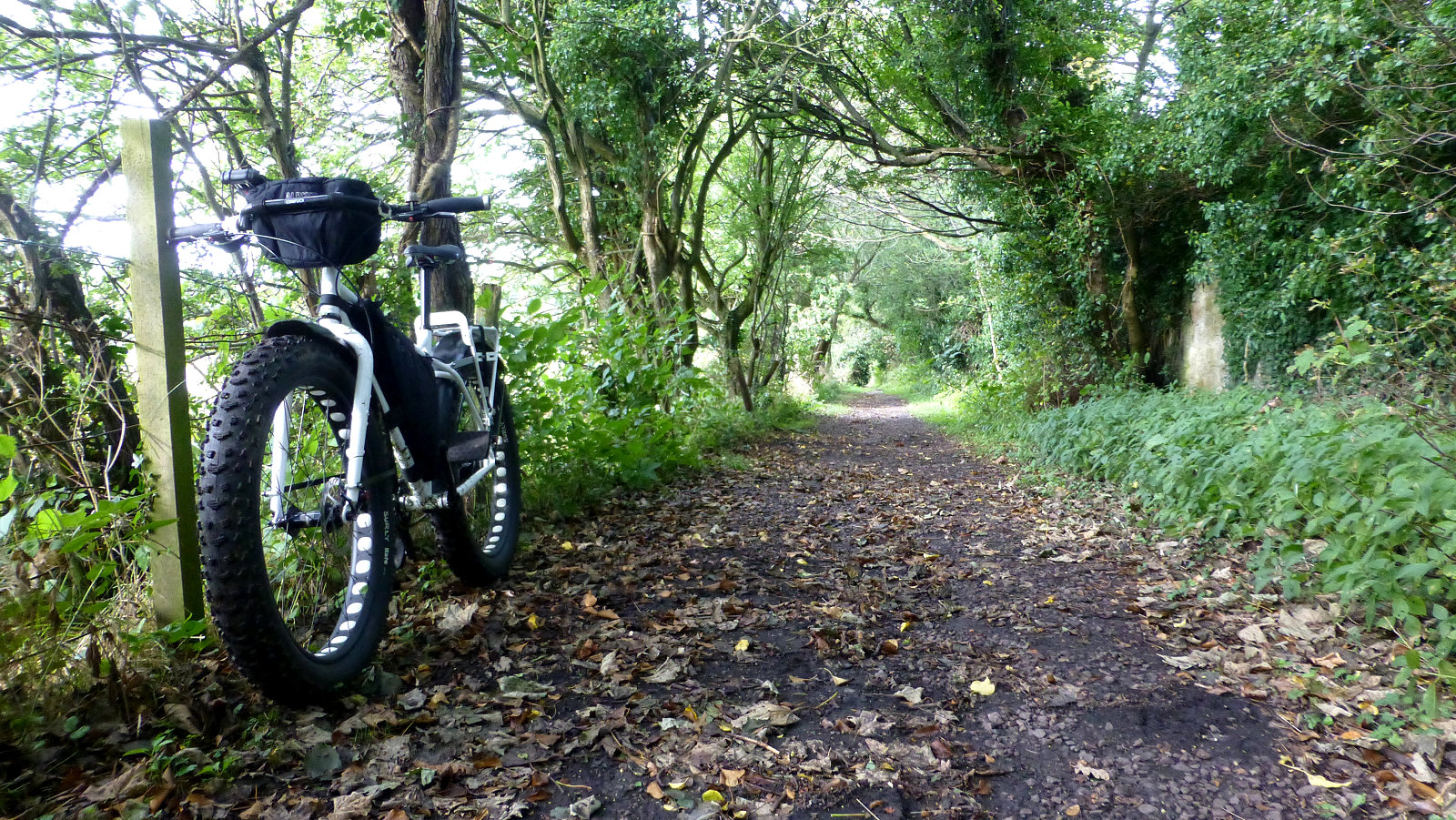 Like many people I have a regular morning routine. You know the usual kind of stuff. Visiting the bathroom to sprinkle the ivory, breaking the fast, cleaning the champers, taking an ice cold shower and eventually getting dressed. But before all this I have one small task to do and it will be one familiar to fellow turfers. Yes, you’ve guessed, checking the Turf app.

This morning I was greeted with a veritable sea of red dots; that lovely green forest has vanished overnight. Autumn was here with a vengeance. Not only was my local patch Bonnyrigg entirely red but the hours of darkness had witnessed Eskbank, Dalkeith, Newtongrange and Gorebridge all suffer the same fate. Now, there are few turfers tough enough, dedicated enough and/or crazy enough to accomplish this during the wee small hours. In fact, I knew without even looking who this super-mega-human turfer was. Yes, proper turf royalty, Her Turf Highness Féarglas, Queen of Scottish Turfers. Not that I mind in the slightest, after all she has helped me on occasion by clearing zones when I was trying for various Greed medals in the past. She’s a lovely lass.

Anyway, there is another constant in the life of many turfers these days and that is the Five-A-Day or the Daily’s. For myself, today is Day 40, and the Daily-10 and Daily-30 are in the bag, so every day is a turfing day, at least for five takes on my way to the next medal, the Daily-60. I decided on Eskbank and Dalkeith for my session today, more for the change than anything else. I’ve been getting rather bored with my local Bonnyrigg patch, though that is mostly due to a recent visit from the Very Despicable Pulled Muscle in the Back Goblin, however his nasty efforts are mostly gone, so turfing further afield on the bicycle are now back on the cards, all be it with some care.

A good hour and a half gave me 33 zones around Eskbank and Dalkeith, and it was great to be back out on the Surly Ogre again. The only time I felt my back acting up was when stepping off the bike to take zones. Other than that all was well. The most noticeable point of the day was that autumn was here. Fallen leaves were everywhere, and the rain from earlier this morning had left some slippery areas, particularly along the old railway line at zone EskPath. I once came off my kick scooter as a result of such conditions and have no wish to repeat the same.

I started playing a wee game down in Ironmills Park, after taking zone EskWeir, having noticed various commercial dog walkers in the area. I wondered to myself what name I would use if I started a dog walking business of my own and came up with a few. The first was Walkies with Wolves which I thought sounded cool, then Apocalypse Dogs, though I suspect that would not get a lot of business. Then there was Action Dogs, but the one I finally settled on was one I already knew, it was printed on my favourite Weird Fish artist’s t-shirt, Game of Bones. Is that cool or what?

Later on that evening I was banished from the living room as Cathryn was doing her meditation class, so decided to head out on the Surly Pugsley, the ideal bike for the off-road sodden, muddy and slippery conditions in the woods around Newbattle Abbey. The Turf app showed a few other turfers in the area. Turfer Rossewan was doing his usual round of Eskbank and Pedro_delb was also in the vicinity, though not as active as I’ve seen him in the past. The new turfer on the block is sparkleblue, who I’ve seen turfing locally these past few weeks.

The thing about turf names is that they often don’t give much of a clue to the actual person turfing. Are they male or female, or perhaps one of the other 25-odd gender-neutral designations that are around these days? My own turf name, PlanetGary, is fairly obvious, unless, of course, I’m just pretending to be a Gary. Mind you my moustache probably gives the game away. And what’s even more confusing is WhatsApp, where turfers use their real names, mostly. Very confusing.

Unseasonably mild weather suggested I might be wise to carry a pair of shorts, as no doubt as soon as I start cycling I’ll be too warm. It was great to be out on the bike again in the dark. Not only that but a full moon was scheduled to rise around 6.00 pm. I often like to plan a night turf on the night of a full moon, makes it kind of special. And no, I’m not a werewolf, at least as far as I know.

After a couple of takes in Bonnyrigg, first Newbattle zone was StoneGate, an easy take before cycling along past the Sun Inn and into Lord Ancrum’s Wood. A steep muddy and slippery climb gave me zone TheRedWoods. As usual I was now too hot and slipped off the legging to don a pair of shorts. No worries about anyone noticing my glow-in-the dark bare derriere here tonight. It was pitch dark with the bike lights switched off. Managed not to tangle myself in the longs and fall over this time. I once found myself not far from here in similar circumstances and thought I was alone. Half way through getting changed into shorts a group of runners suddenly appeared from the darkness. Just goes to show, you think you are alone.

The fat tyres on the Pugsley make rough dirt tracks a breeze. You barely notice the bricks, roots, fallen branches and assorted debris. It can still be a bit squirrely when the mud has the consistency of melted chocolate. And a blanket of fallen leaves on the trail can make spotting the stuff quite a challenge, but all good fun. At zone TheSouthPath, I noticed the crop had been harvested in the adjacent field, so slipped through a gap in the hedge and rode up the field for a change. It was very muddy and waterlogged, making for a hard bottom-gear grind.

Zone Mary was next, followed after an easy freewheel downhill with TheNorthPath. I noticed turfer sparkleblue was taking zone SouthEsk, my next destination, so decided to have a quick loop around the golf course perimeter and see if there were any deer or badgers about. Didn’t see anything but heard some deer crashing away into the wood. After finally taking SouthEsk, I rode up the path towards Kirk Bank Wood, and the three zones on the path down towards zone StoneGate. Lots of bats and moths out this evening. One bat came straight at my face, only swerving away at the last moment. I switched on both lights to maximum to see what else was about but only one or two bats were showing this evening. Plenty of moths and other insects though.

An easy ride through the wood gave me BattleForest, Newbattle, RecentBattle, OldBattle and a detour across the housing estate gave me AncientBattle, down beside the River South Esk. A few dog walkers were watching what I was doing but I didn’t feel like chatting, so continued on my merry way. I did wonder if they thought I was riding a motorcycle due to the intensity of the LED bike lights. I took zone StoneGate again for the second time this evening, then detoured up to the college, heading home that way and picking up another five zones on the way back home. All in all, a very pleasant evening turf session.