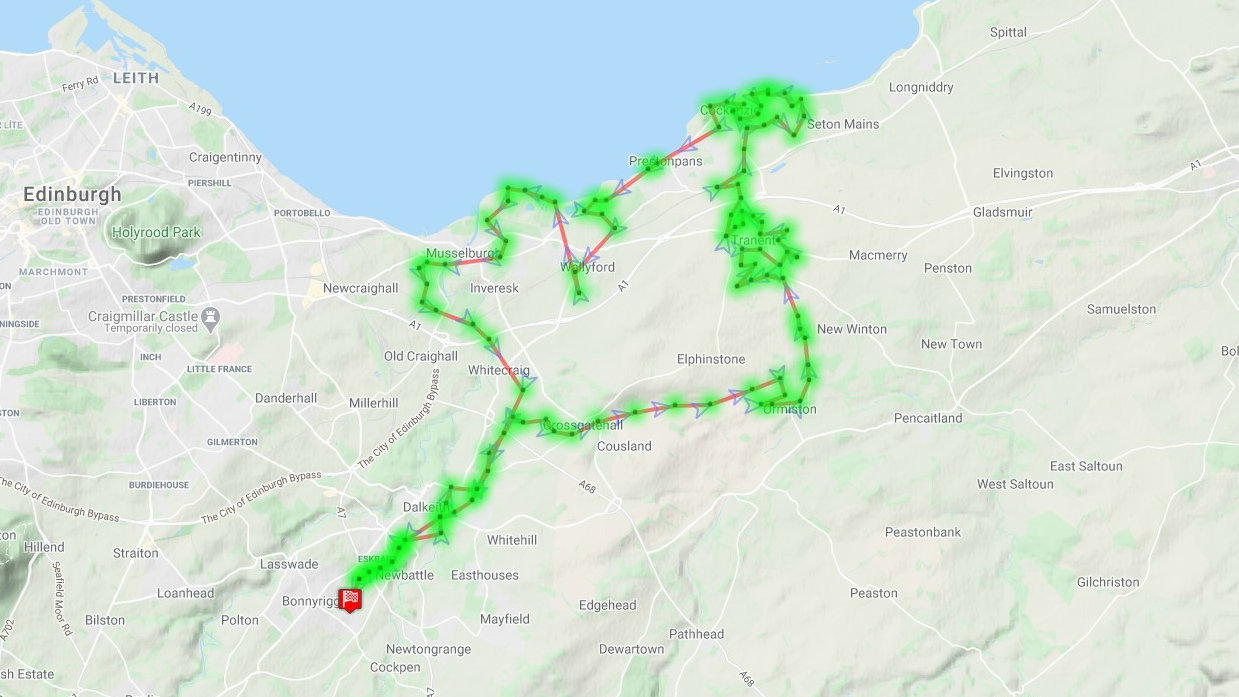 The plan today was to concentrate on unique zones, both for the Scotland – Skåne Turf Team Challenge and also to go towards the 500 Unique medal. My unique count was sitting at 457 so I only needed 43 unique zones to reach the magic 500 figure for the medal. Of course, having already taken most of the local zones at least once, I’d have to travel further afield into new pastures, or rather turfs, and after some careful planning, decided to follow the Pencaitland railway path as far as Ormiston, then head north to Tranent and onwards to Port Seton, taking zones on the way. My return would be via Prestonpans, Wallyford and Musselburgh, picking off a few straggler uniques, some I’d missed on previous visits and some that have been added since. 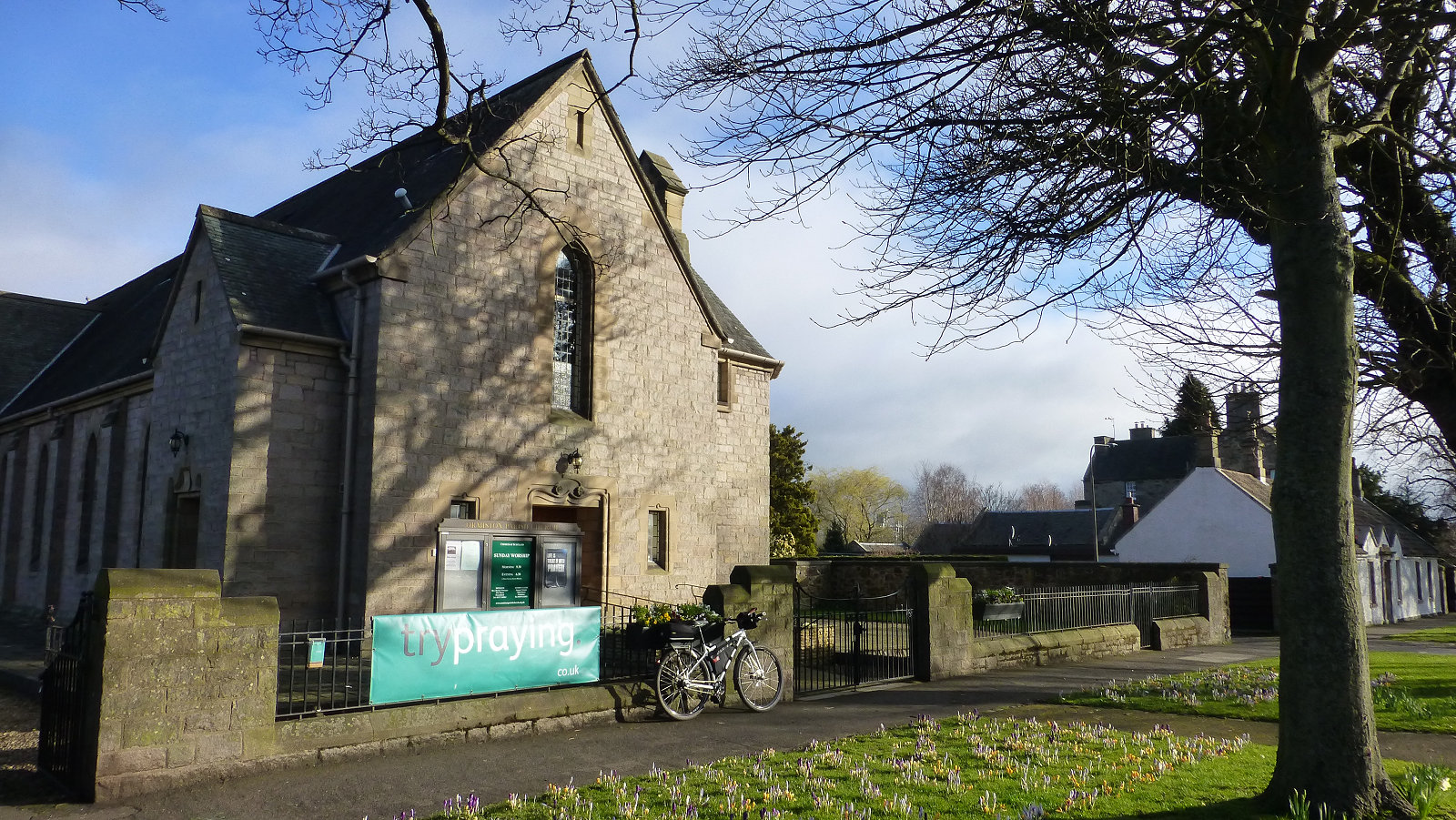 As it was going to be a long day, a 7.00 am start was in order. The weather was quite cool and the sky overcast to start off with but with the promise of warming up as the day progressed. Bonnyrigg and Dalkieth offered up a mixture of takes and revisits, then onto the cycle path and into East Lothian. The route then heads towards the electricity sub-station, the hum of wires above quite distinctive, then a longish climb uphill past Smeaton Shaw farm before joining the cycle path running alongside the B6414 towards Crossgatehall where we join the Pencaitland railway path, built on what was once the Monktonhall, Ormiston & Macmerry branch line of the North British Railway.

The railway path gave me five zones before heading into Ormiston to add another four to the tally and was an easy ride. The track surface was fairly dry today and can be very muddy when wet with flooding in places. Then back down to the railway for zone ParkByPuddle at the site of Ormiston Station. For here I followed the B6371 for Tranent. Some of the road traffic was simply mental, the speeds some of the cars were travelling at was plain crazy and I was thankful to use the pavement cycle path all the way to Tranent, taking a few more easy zones on the way. 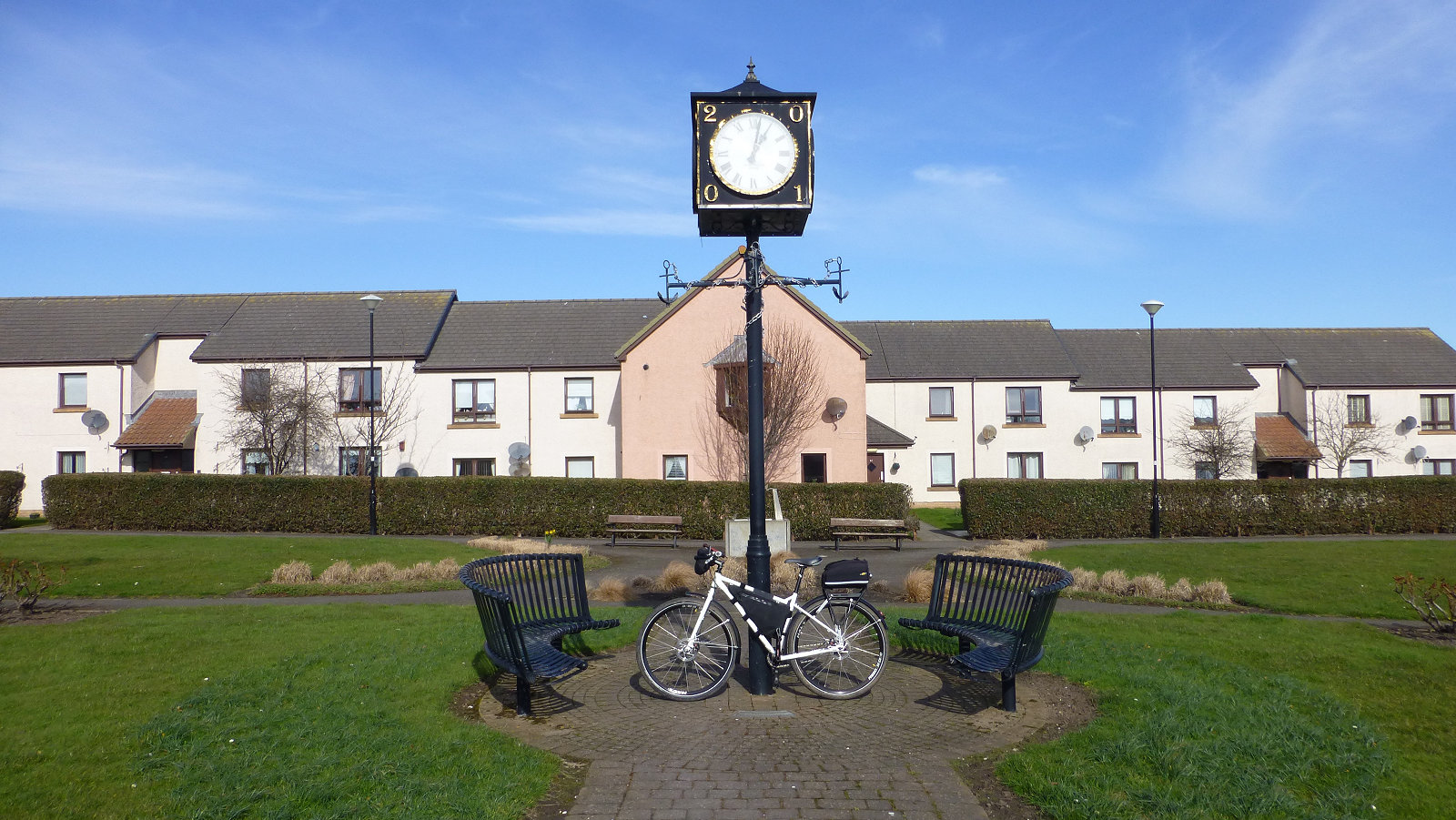 Up until Tranent, the route was well known to me, having cycled this way on numerous occasions but the town of Tranent was entirely new to me. Other than passing through occasionally and a single visit to look at garden sheds, I’ve never had any reason to go there. But that’s one of the joys of turfing, it takes you places you might never dream of visiting. There was period of time I rode motorcycles at weekends, and would also pass this way on my beloved red BMW R1150R, the only motorcycle I’ve owned that I wish I’d never parted with. Mind you, I did turn to bicycles which is no doubt a much safer pastime. Tranent offered up around 2o zones and I must admit to having some preconceived ideas about Tranent being rough place but was pleasantly surprised. I’d be happy to own some of the houses at the top end of the town. 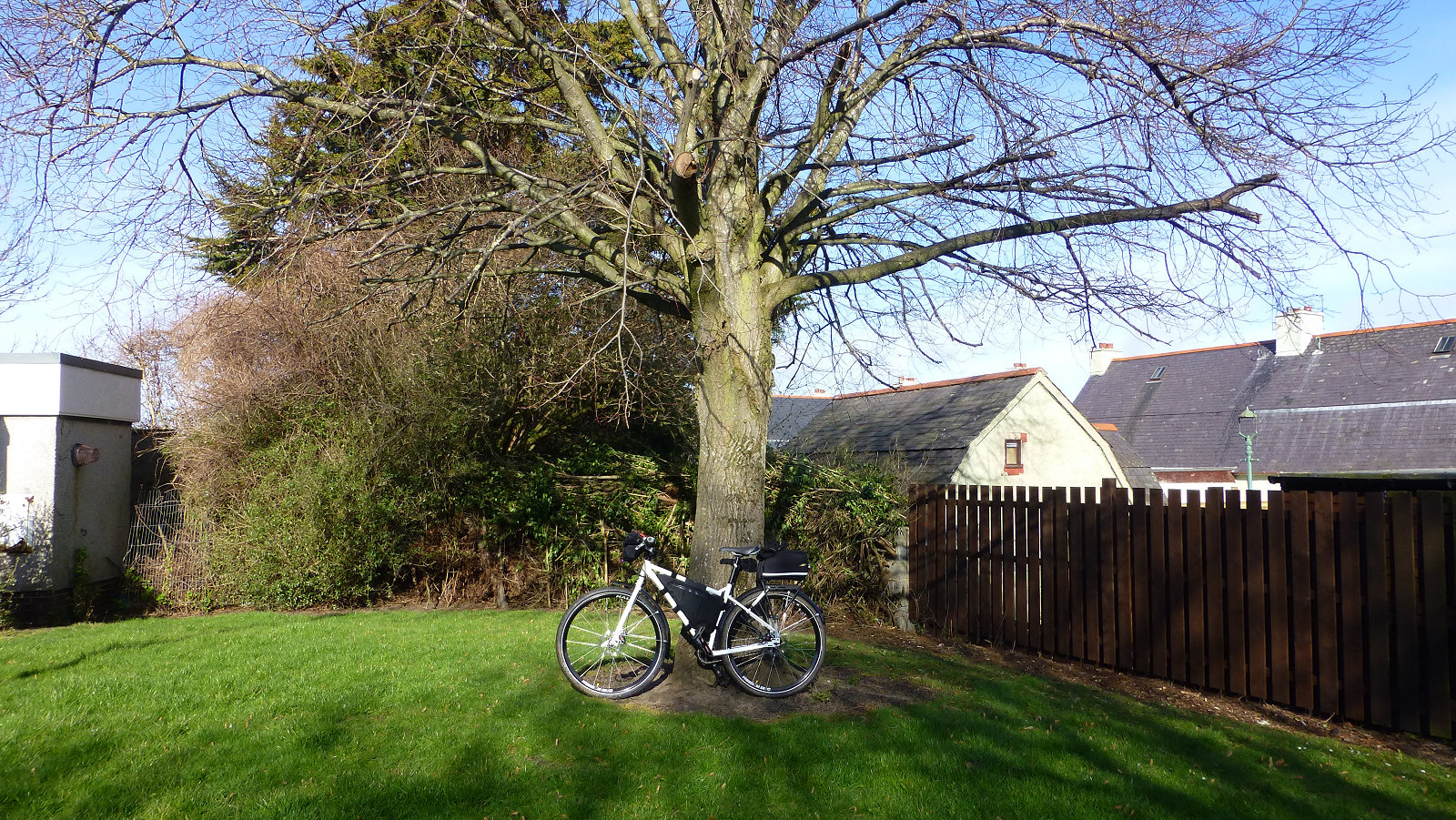 After Tranent, I followed the path to Port Seton, past the site of the 1745 Battle of Prestonpans, where I stopped for a coffee from the flask and welcome Kit-Kat at the information board describing the battle – the stone wall offered a nice sheltered spot out of the wind. Interestingly, an elderly couple on electric bikes stopped and took lots of photographs of the stone memorials but never actually looked at the scene around them where the battle took place. You see this quite often these days. If your physically there, why not actually look rather than take photographs for later. Enjoy the real!

Port Seton was a very pleasant place to turf and offered up another 2o or so zones. I had thought about heading into Longniddry but decided again to leave that area, along with the caravan site, for a separate visit, perhaps once the present Covid-19 travel restrictions are lifted a visit with the kick scooter might make a wee change. 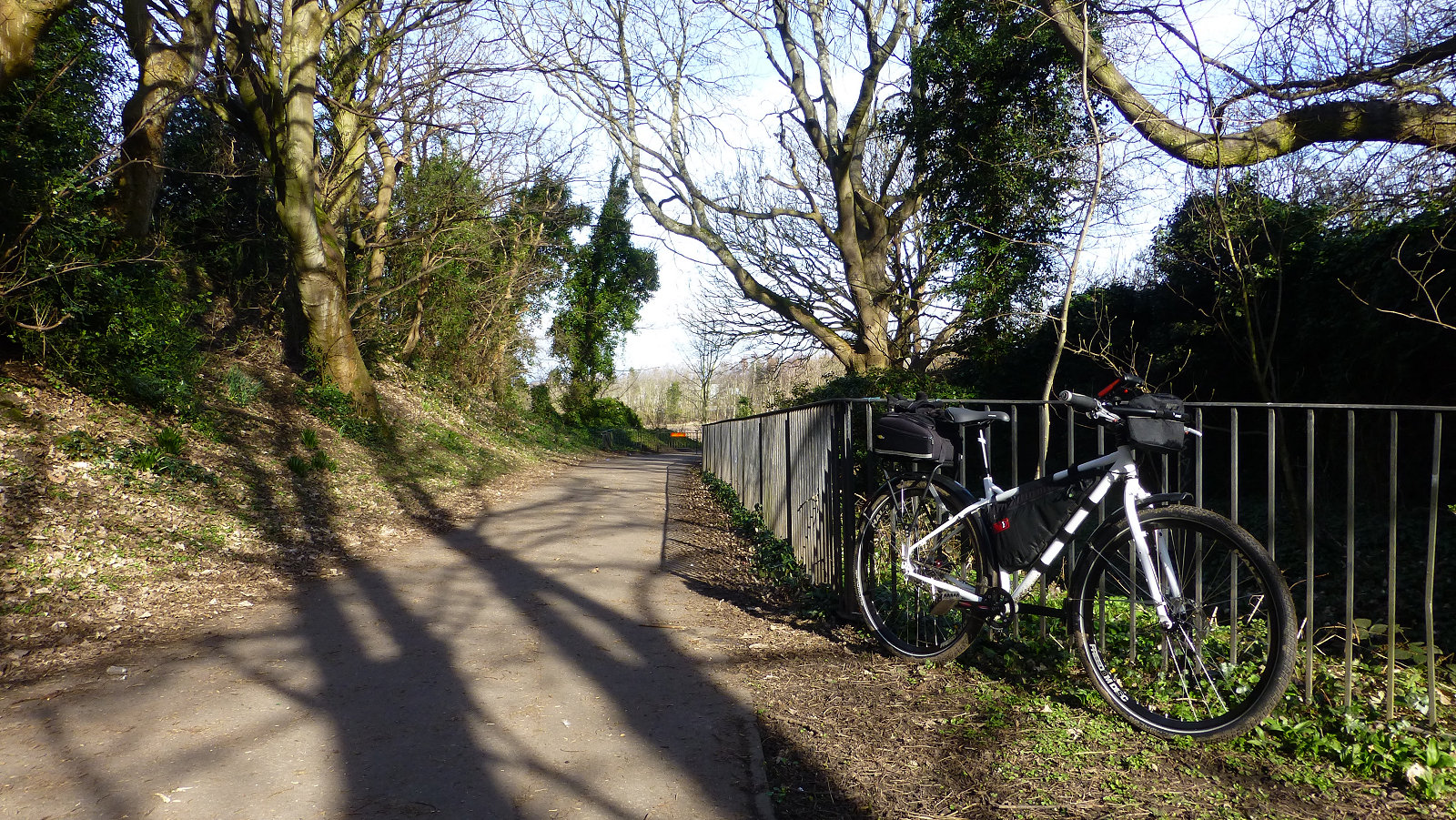 Even on a bicycle, taking zones is a very time-consuming activity. You might not actually cycle all that far but there can be a lot of cycling to and fro, backtracking one way or the other, going the wrong way, turning about at dead ends, stopping to work out the next section of your route and so on. Then there’s all the hills you try and avoid but seem to end up climbing more than once. All takes time and can be quite exhausting. There is always that temptation to go that little bit further. I’ve just do the zones in Longniddry, then there just a handful in Aberlady and even fewer in Gullane. Before long you’re in North Berwick and have still have a 25 mile into-the-wind cycle back home. I also like to take photographs of the zones for the blog and that adds time as well. I counted the number of photographs I’ve taken and posted on Planet Gary and there’s almost 14,000 of them. Will need a bigger Internet soon. 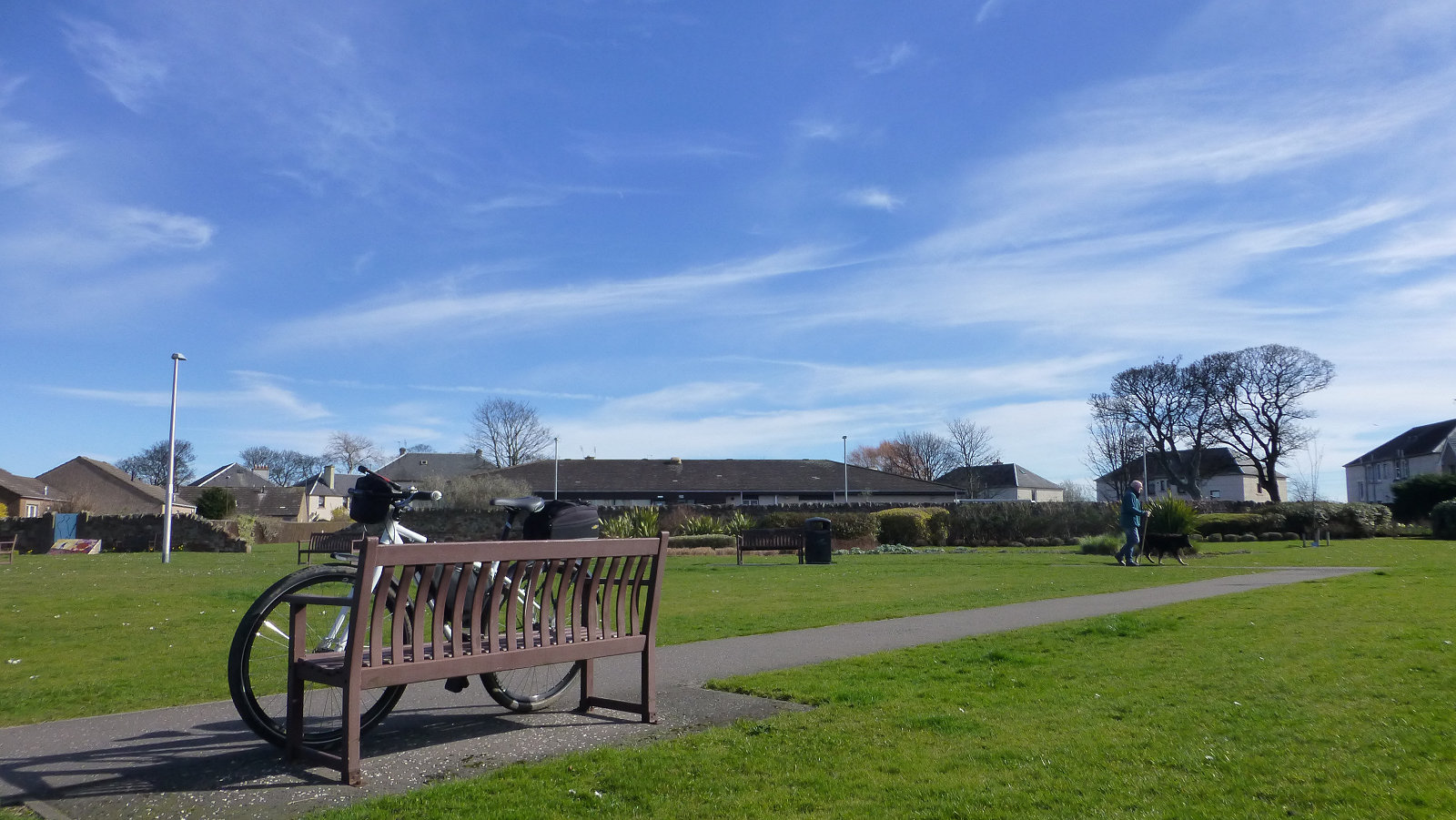 After Port Seton, I planned a route though Prestonpans, Wallyford and Musselburgh, picking off a few uniques I’d still to take – I have a long term goal to visit each and every unique zone in Midlothian, East Lothian and Edinburgh. Out of some 1780 in total, I’ve managed to take 530, so plenty to keep me busy. Would like to do them all under my own power, using the bicycle or kick scooter, and avoiding using the car as transport but we shall see. Some of the furthest away zones are in Dunbar, a 70 mile round cycle. Could be done but quite a challenge. I get a bus pass in November this year, when I reach 60, so perhaps that’s a better idea.

My stop for lunch was at Prestongrange Museum where there’s some nice sheltered benches for a civilised and comfortable break. Managed to take unique zone SteamCrane this time having failed on my previous visit. The Edinburgh to North Berwick is a very popular cycle route on sunny days and by the afternoon it looked like there was more cyclists out and about as car drivers. There an interesting observation about cyclists I’ve noticed. The more there are and the closer to Edinburgh you get, the fewer of them will acknowledge a greeting. 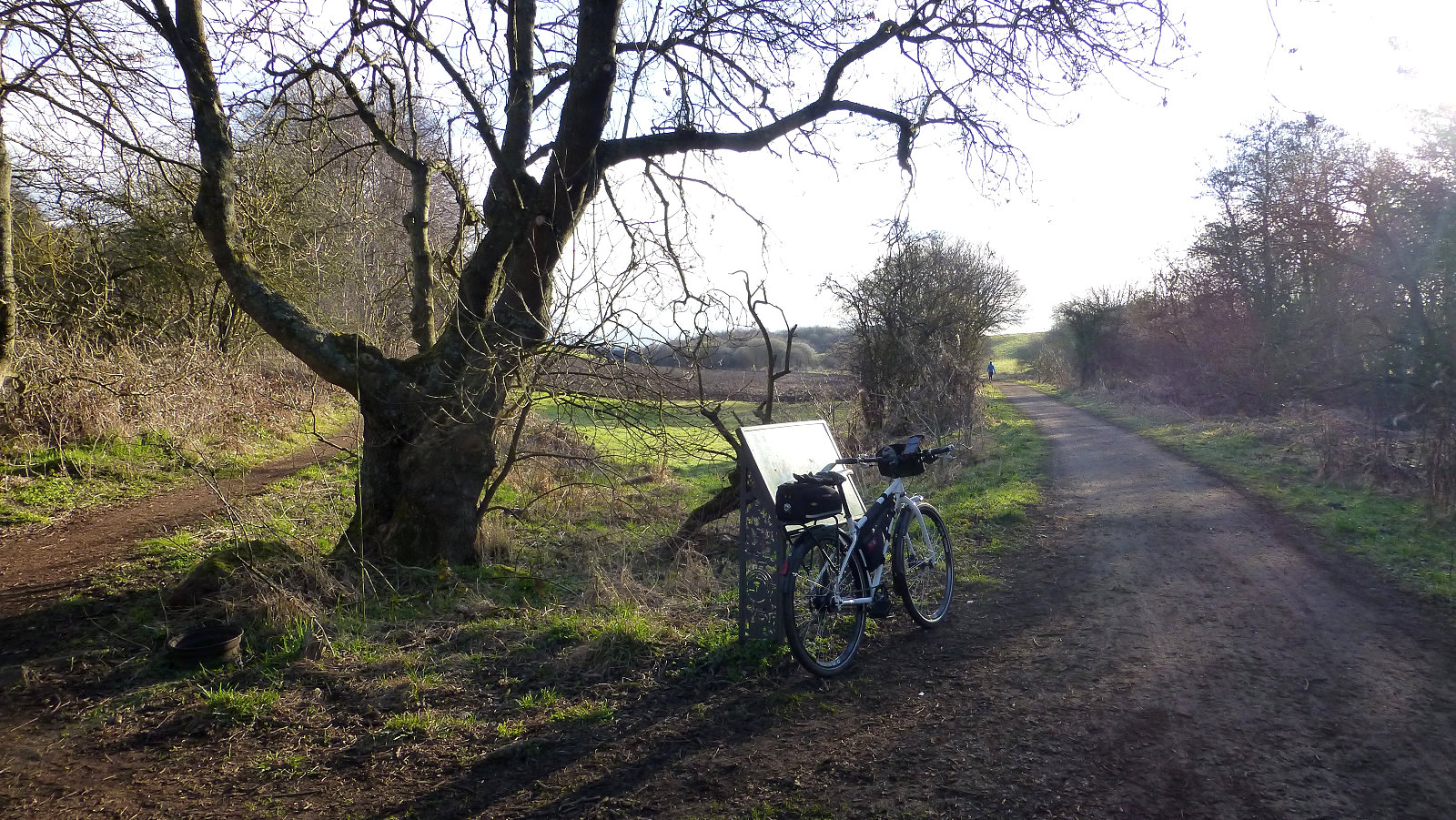 With 117 zones taken today, and some 8 hours in the saddle, I easily managed the 43 required for the 500 Unique medal and as a bonus also got the Staminator medal, for taking 100 zones within 24 hours. Nice to get medals you are not actively trying for. I did miss out on two unique zones I’d been aiming for as turfer ESOCJanet got there just before me. We chatted for a short while as turfers tend to do. Round total was now up to 112,300 points with my overall total siting at 472,000 points, not far from that half million milestone. 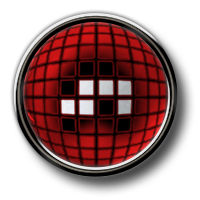 500 Unique – This medal is worn by the impressive turf-fellow who grabbed at least five hundred (500) different zones. 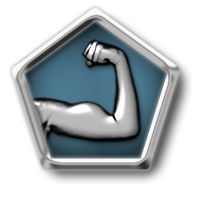 Staminator – This medal is worn by one of the fantastic Turfers who took at least 100 zones over a 24 hour period.