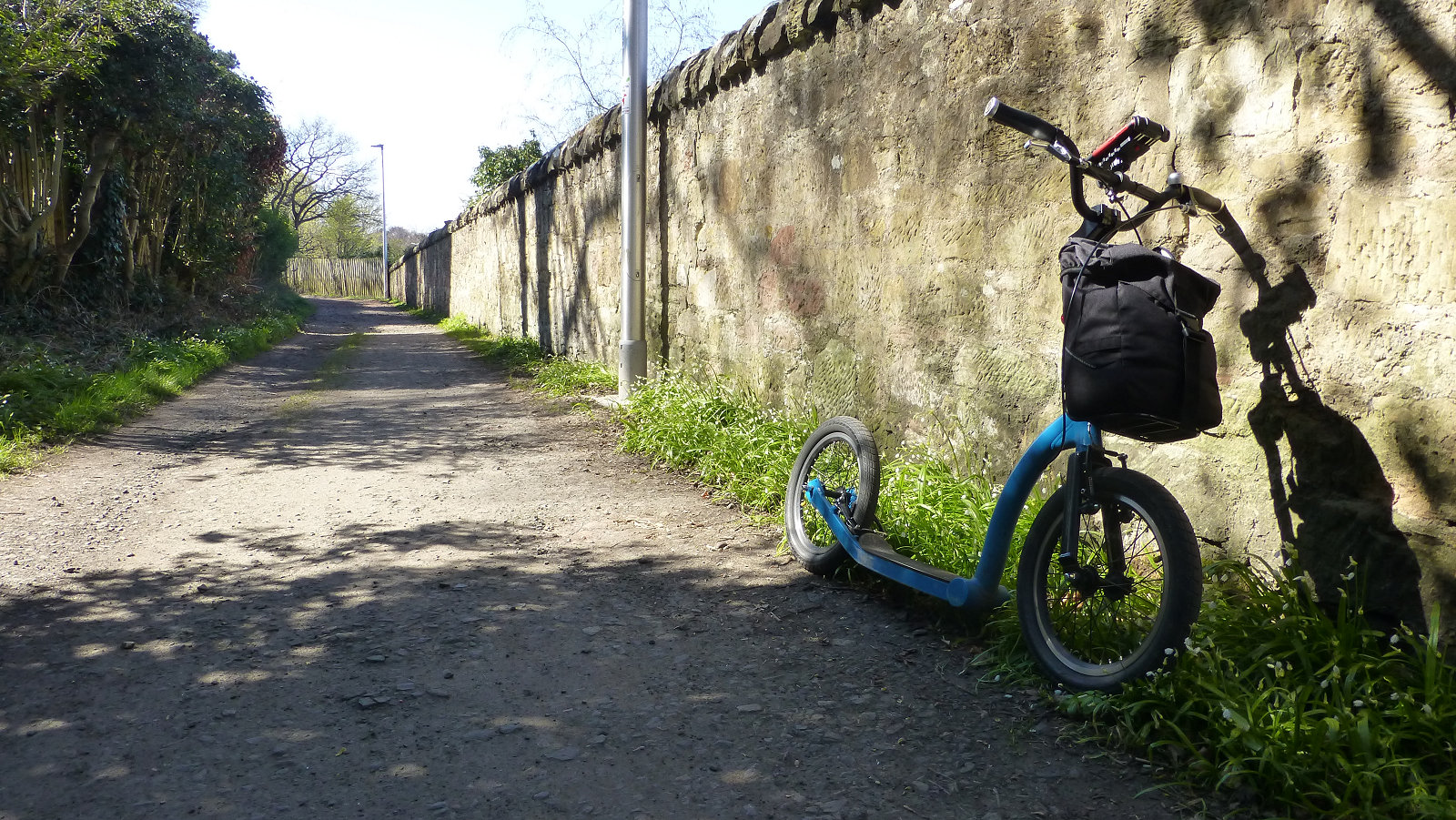 It’s great having lots of turf zones locally that you can reach easily, your local patch. But after a while they can get rather familiar, for example, I’ve taken zone A7View 67 times as of today, I know exactly where to stop to take the zone and don’t even need to bother looking at the phone. It’s the same with local routes and zones I have around Bonnyrigg, Eskbank, Dalkieth and Rosewell, I know every pot hole, which gardens have dogs in them that bark at night and can adjust my route optimally depending on wind direction. I often find myself on automatic pilot, scooting around the zones without conscious effort and have plenty time to think.

The first of those thoughts was about an apparent reduction in turfers since the close of the Scotland – Skåne Turf Challenge, which, of course, is to be expected as turfers rest after their often strenuous efforts. However, by now you might expect things to return to normal but I think there’s still far fewer turfers around. Zone counts are higher and being kept for longer, and this seems to apply not only to myself, but others in Edinburgh as well. I suspect this is down to the easing of Covid-19 restrictions and people are now enjoying some relative freedom to do other things.

Now, before we look at what I’ve been up to turf-wise this past week, let me update you on the ongoing saga of Ogre and his dodgy hub gear. Frequent readers will know I’ve been having trouble with slipping gears on the Shimano Alfine 8-speed hub gear I have on the Surly Ogre bicycle I use for turfing. I’ve tried just about everything I can think of short of replacing the gear itself but it still slips and there a metal-to-metal roughness when running in 5th gear. At £150 a time to buy and a wheel build on top of that, it’s time for some make do and mend.

Without a spare gear available, I’ve decided to retire one of my bikes, the Surly Krampug, and will transplant the hub gear inner mechanism from that bike onto the Ogre. Swapping around the inner mechanism will also save the cost of a wheel build and all the parts are inter-changeable. This will leave me with only two bicycles, the Ogre for all-round cycling and turfing and the Surly Pugsley fat bike for winter snows and beach rides. Though he might just get some use off-road locally for non-turfing fun.

However, before I start, a test ride on the donor bike was in order. No point swapping over the hub gear if the proposed good one was faulty – a short test ride in the street proved the gear was fine. The swap is easy enough but rather messy and care is needed when reassembling to refit the part in the correct order. The fiddliest part was getting the cone bearing just right, not too tight and not too slack. Just like Goldielocks wanted. An hour of labour in the shed and I was ready for that all important first test ride. Fingers crossed. And yes, we now have a perfectly smooth gear change, just like it was when Ogre was originally built back in November 2012. I do like a smooth running bicycle.

On the turfing front, most of my rides have been local, taking back lost zones in Bonnyrigg, Eskbank, Newtongrange, Dalkeith and Rosewell, with Gorebridge added to the list yesterday evening. With this being only my second visit to Gorebridge my route was far from ideal and definitely needs some refinement. On the plus side I checked out a suspected short cut to zone TheBank from the direction of zone LouisBraille. If you turn into Robertson Bank, following the signs for R.M Scally scrap metal yard, there’s a dirt track heading upstream along the Gore Water. Brings you out right at TheBank. There is also an easy route to ArnistonBing zone. From zone GoreField, towards the north-west, there’s some metal shipping containers. Just opposite them there a switch-back dirt track heading up the bing. It loops right and goes directly to the summit of the bing where the zone is located. It can be ridden but you’ll need to leave the bike and walk the final few meters to the top.

My thoughts have also been looking at the Darkest Ninja medal, taking 30 zones between the hours of 2.00 am and 3.00 am, and I’ve got my list of 30 zones just about ready, all in Bonnyrigg and Eskbank. I’ve yet to fully try for the medal in earnest but have taken 28 of them in 80 minutes during a normal turfing run, and without making any determined extra effort, so should be do-able. For anyone wanting to give this a try themselves, the zones, in order of taking, are listed below. I’ll be keeping you up-to-date of my plans and progress.

Yesterday evening saw me finishing the 30-day challenge of the Trainer medal, taking a train station zone daily for 30 days. Always nice to see another medal added to the collection. My rank has also increased to Rank 36 – Light Turfer, awarded when total points reaches the 750,000 mark and my points tally for the current round is 196,500 and still plenty of time to add a few more. Until next time.