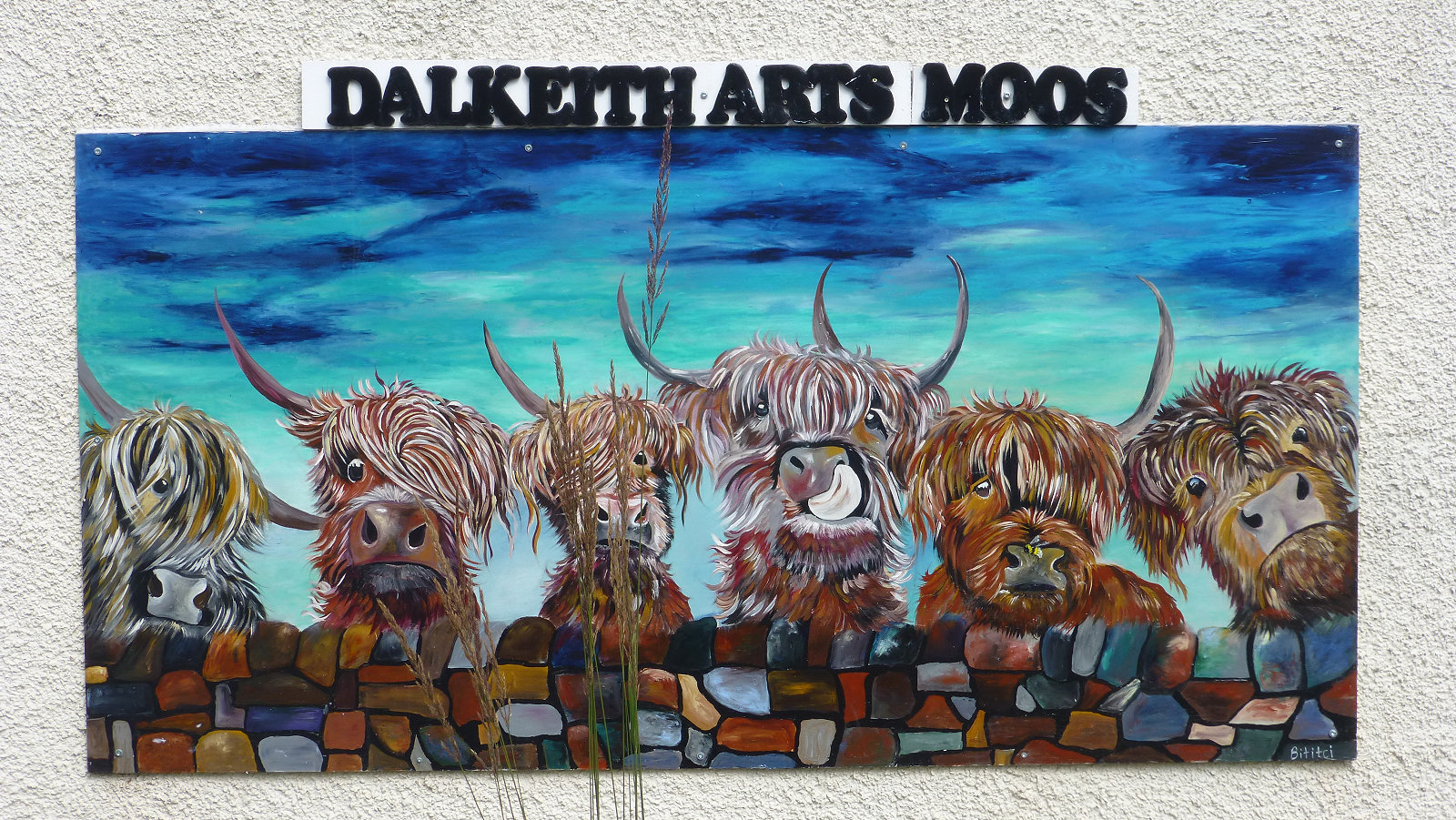 Let me ask you a question, or three. Are you a law abiding honest turfer? Do you stick to the letter of the law while out on your bicycle taking zones, adding points and gaining medals? Or are you a naughty turfer, a slightly naughty turfer or an exceedingly naughty turfer? Or are you so naughty that Judge Dread is looking for you? As I’m always on the lookout for something different to blether about on the blog, this was the theme rattling across my few active synapsis this morning as I cycle-turfed around Eskbank and Dalkeith.

The first thing that came to mind was my bicycle. Was it street legal? And I’m pleased to say the answer to that is yes, at least during the daytime. Interestingly, the only legal point I could find was that a bicycle must have working brakes front and rear. At night, however, things are different. You must have a visible white front light and a visible red rear light, both fitted to the bicycle, not yourself. Anything in addition to that, flashing or otherwise, is optional. You also need a red rear reflector and four amber reflectors on the pedals. All my bikes are legal regarding all the above except the pedals. Something I’ll need to look into before it gets dark. Yea, right. Just for interest, a bicycle bell, safety helmet and be-seen clothing are not legal requirements, only advisory. 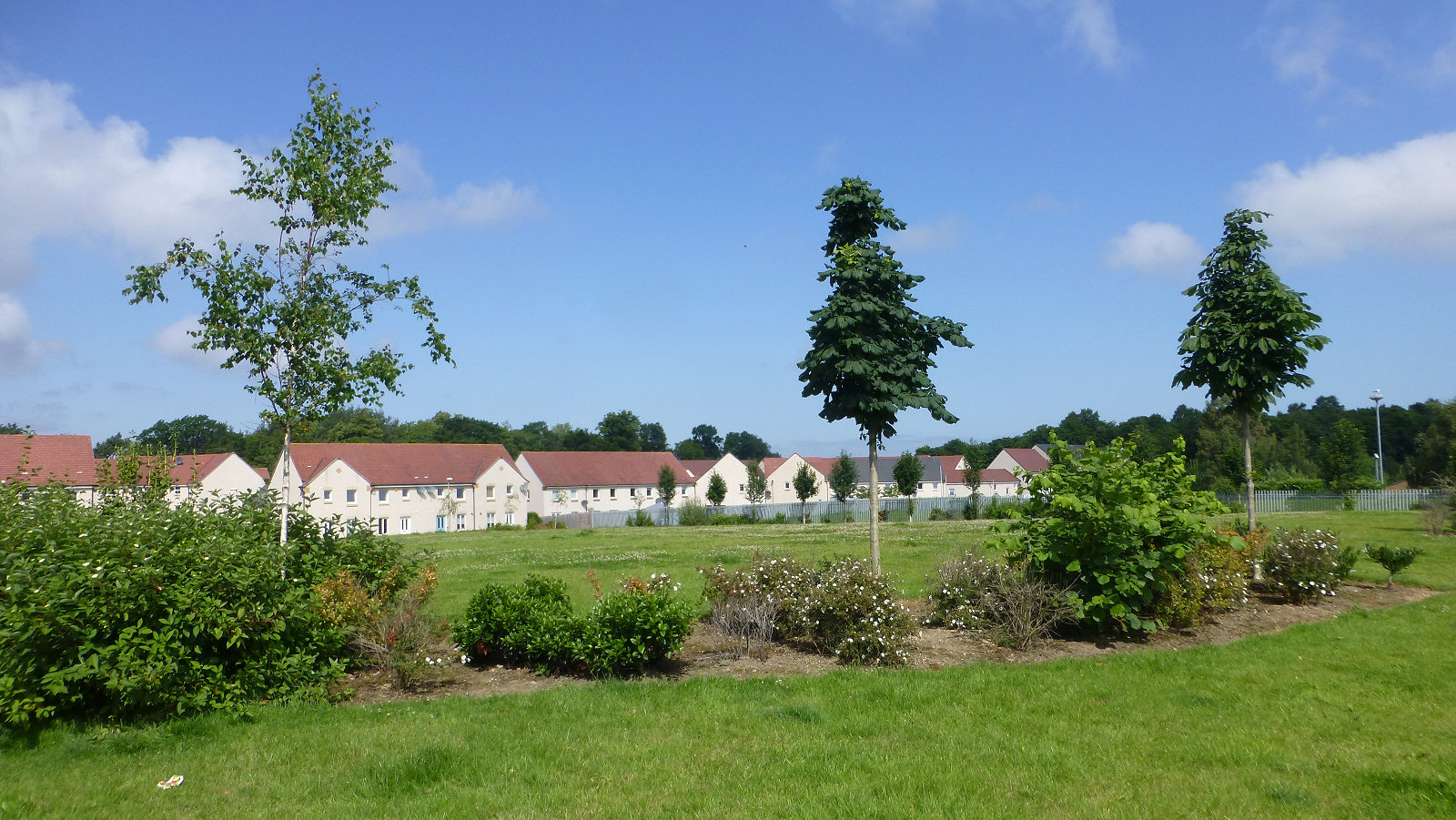 Onwards. First zone of the morning was WayOfBaird. The zone is on a cycle path and there’s a few of the usual blue “Cyclists dismount” signs. These signs are advisory only so you are not committing an offence if you ignore them. However, they do offer advanced warning of possible hazards or dangers, so worth paying attention to, even if you don’t dismount. I’m rather pleased that they’re advisory as I’ve been ignoring them for years.

The next zone where thoughts about the law came to mind was Slytherin, at the Community Hospital. Leaving the cycle path, you should really follow the road and not be tempted to follow the pavement/footpath immediately next to the hospital. As we all should know, cycling on the pavement is classed as very naughty and therefor illegal. There’s also a chance that someone might emerge from the hospital as you pass by anyway, so best avoided. 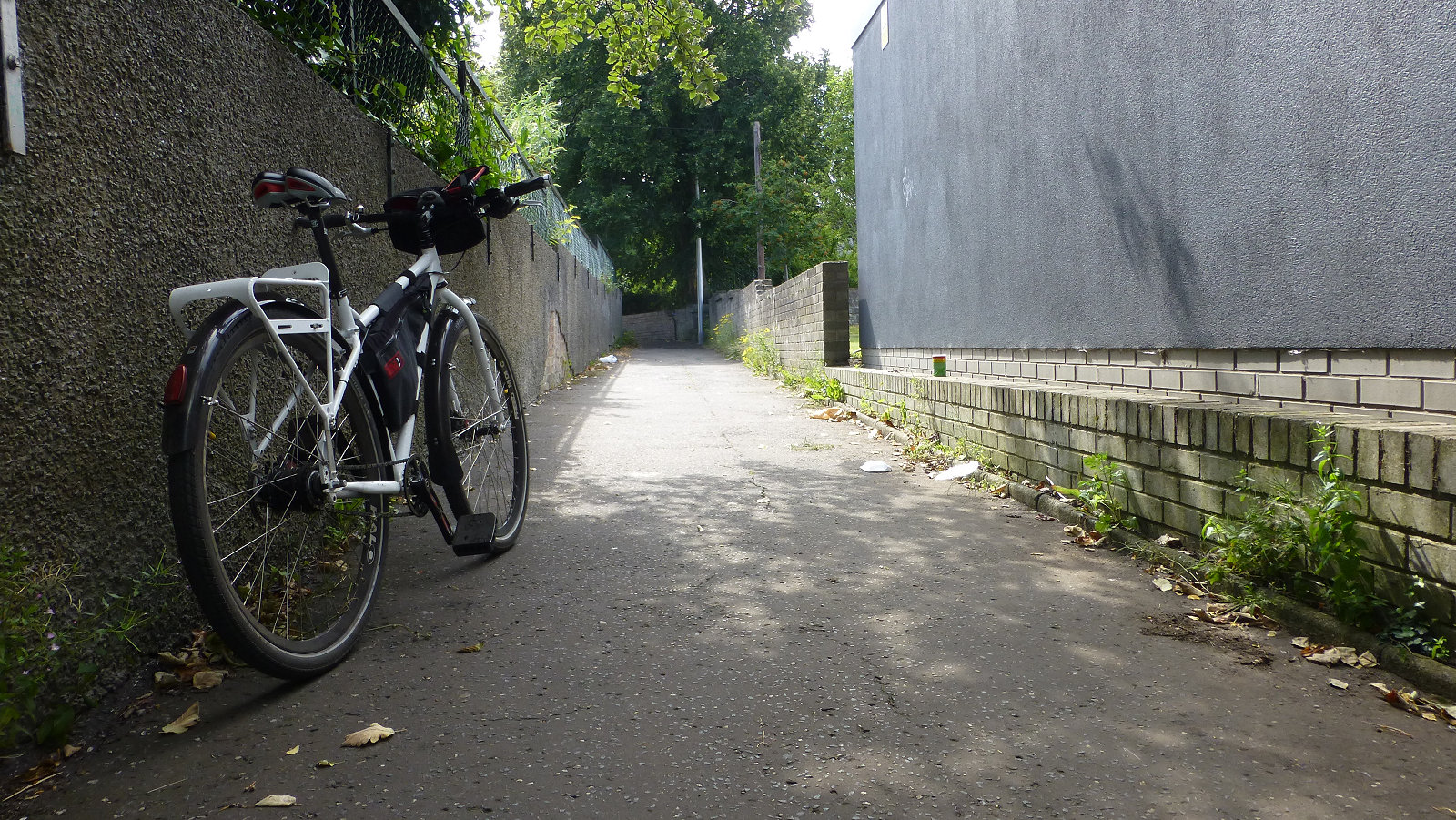 Still on the subject of pavements, a technical question. When does a pavement (which we cannot cycle on) become a footpath (which we can cycle on, at least in Scotland)? Okay, a strip of tarmac or slabs beside a road is a pavement, fair enough, and no cycling. But what about a situation where there’s a gap between the road and the pavement. For example, between zone Brixwold in Bonnyrigg, and zone KirkCockpen, there’s about six meters of grass between road and pavement. Footpath or pavement? Cycle or not cycle? Answers on a postcard please.

A few zones later – I’m not going to mention all of them – I’m at Dalkeith cemetery and zone HolyDalkeith. As a youngster I was always under the impression that cycling in a cemetery was a big no-no and would get you into trouble. Mind you, just about anything I did as a youngster would get me into trouble, at least, according to my parents. But was that due to being respectful to the inhabitants, a proper no-cycling-in-a-cemetery law or a local by-law? The usually useful Internet failed to provide a definitive answer. Some councils prohibit riding bicycles, some ask you to follow the Scottish Access Code, while others actively encourage cycling. I guess you’ll need to decide this one for yourself? 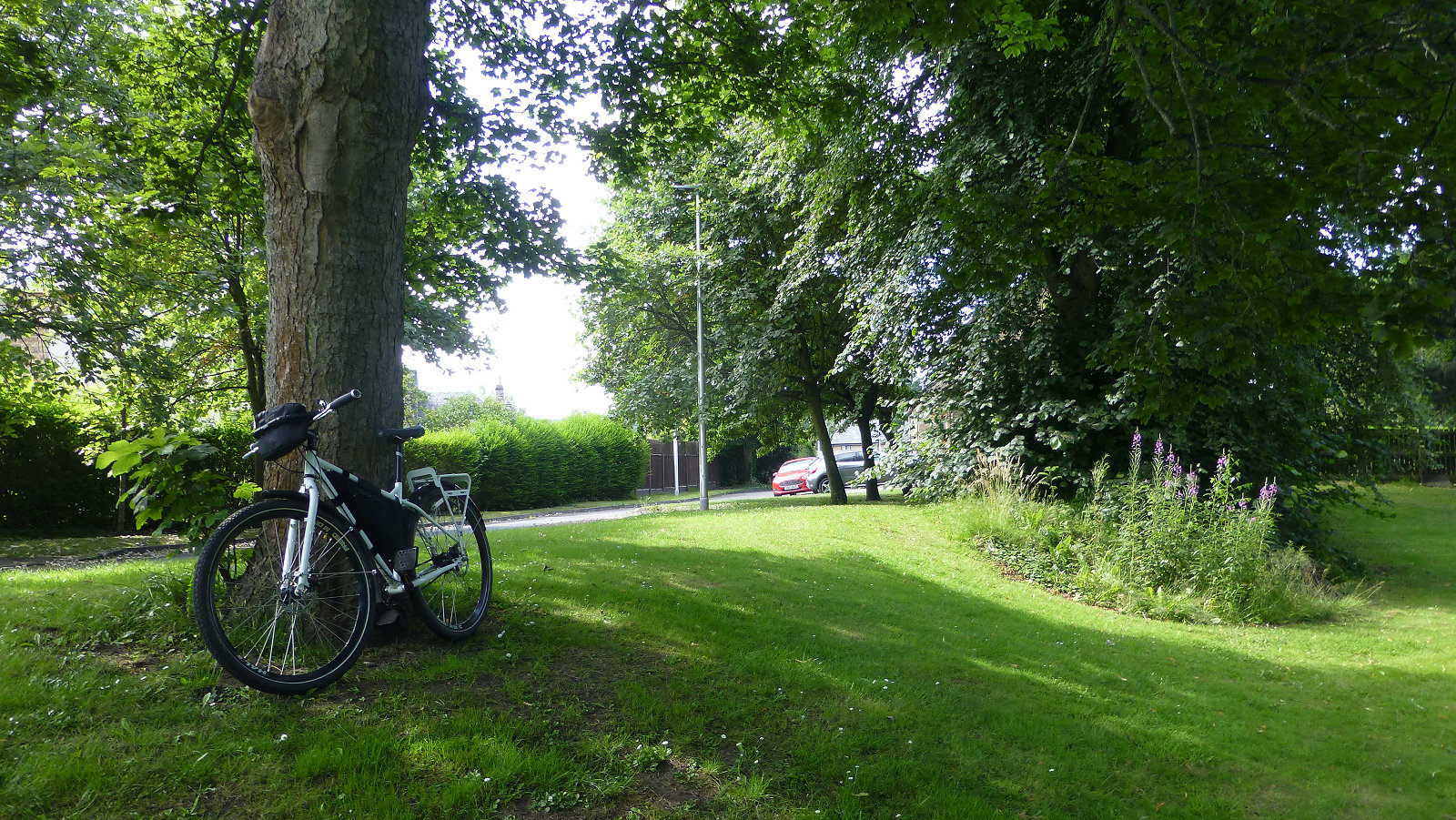 The next topic is traffic signals. From the previous zone, my route to the next, zone HolyBuccleuch, was through Dalkeith town centre. And the first problem was the traffic signals at the crossroads outside the Harrow Hotel, leading to the High Street. You may, or may not have noticed, that there’s no left turn here. Now, if I ignore the sign I’m breaking the law as it applies to cyclists as well as motor vehicles. But what if I walk the bicycle round the corner and start cycling again. Is that allowed? I’ll post here when I find out. Perhaps, a legal minded UK turfer might know the answer?

After zone Medway, there a great freewheel downhill to zone DalkeithHigh and you can get up a fair speed if brave enough. But what if I’m breaking the speed limit. With urban speed limits often as low as 20 mph, it’s not all that difficult to exceed the speed limit on a bicycle. However, speed limits do not apply to bicycles, though issues could arise is you cycle without care and consideration. Common sense rules, I guess. 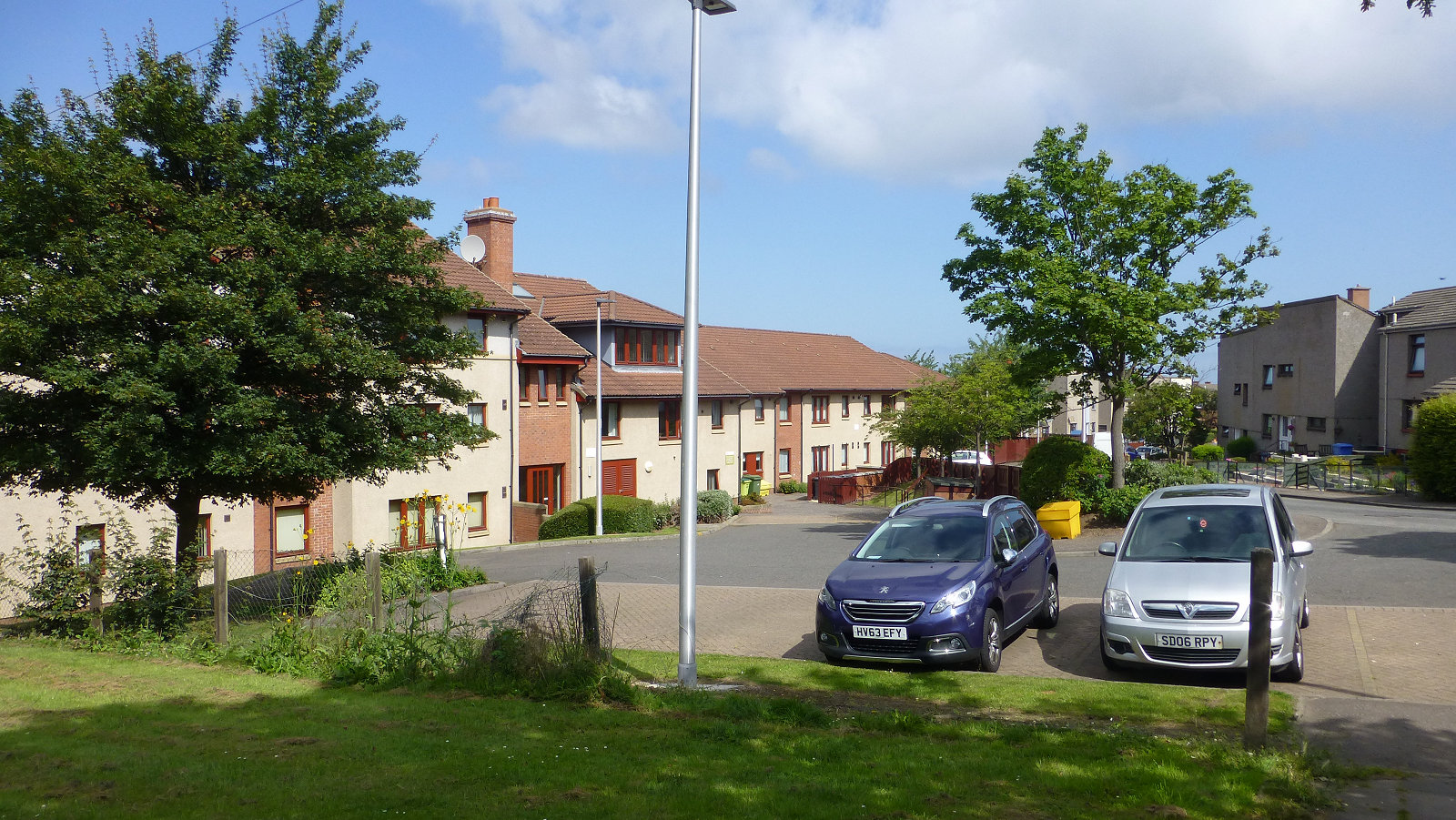 Now, using a mobile phone while cycling. Using a mobile phone whilst cycling is not illegal, as far as I can determine. However, there does seem to be the offences of “careless riding” or “riding without due care and consideration”, which might arise should you be involved in an accident or whatever. As turfers we tend to use our phones as navigation devices while on the move rather than actually making phone calls, so probably not a problem. Again best use common sense. Honestly, if you make calls or send turf texts while cycling, you’re an idiot.

And what about you as a turfer. What will you do to take a zone? Perhaps you’ll climb across a fence you shouldn’t be climbing over because a gate is locked. Would you ignore a Private No Entry sign for that last unique zone? Even ignore the odd red traffic light, or cycle on the pavement at 3.00 am, when no-one else is about? So, are you a naughty turfer, a slightly naughty turfer or an exceedingly naughty turfer?

P.S. I am not lawyer so do not take my words as fact. Okay?