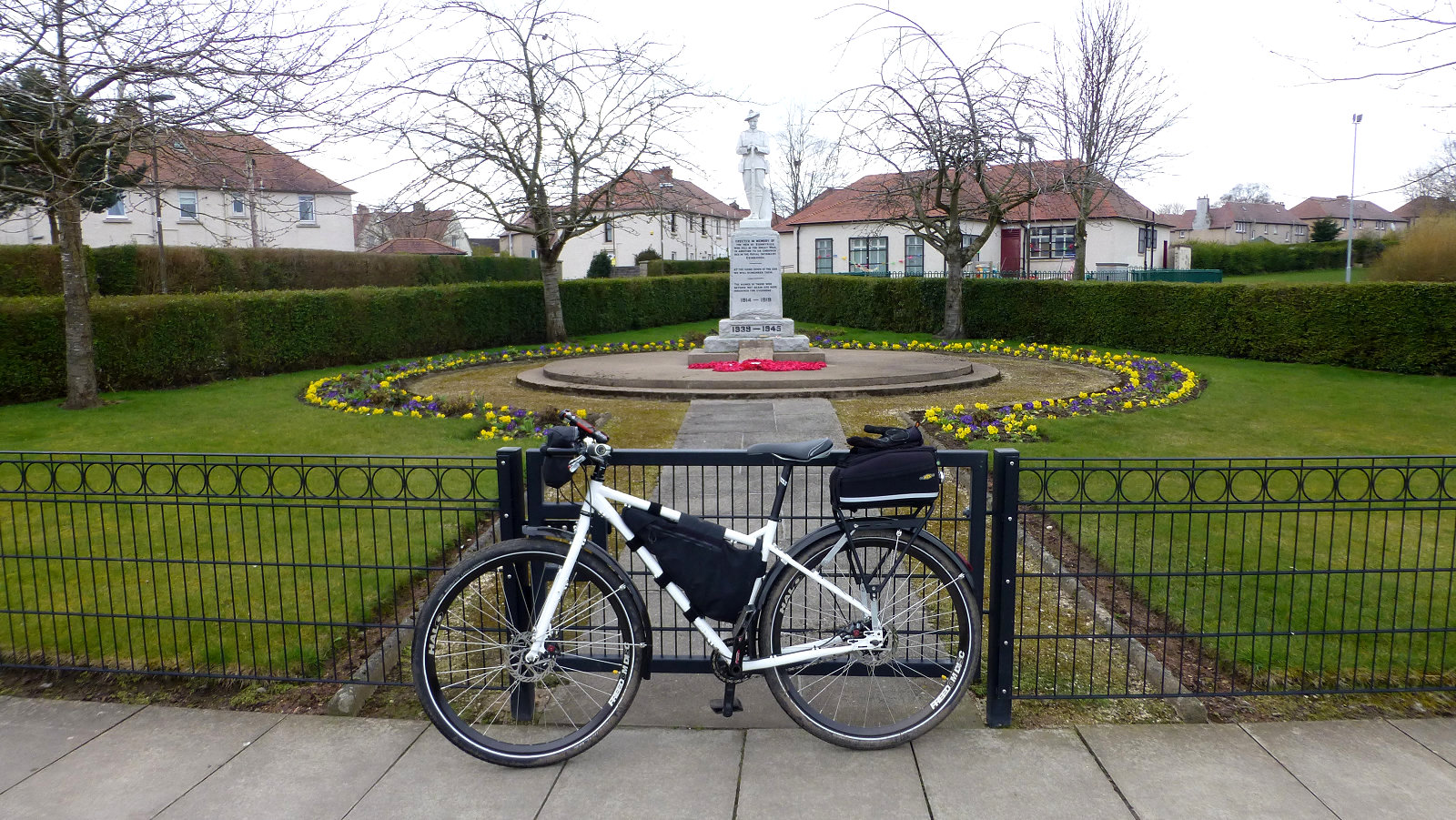 Once upon a time, as the story goes, in the quiet and peaceful mining village of Bonnyrigg, found in the southern shire of Midlothian, in the Celtic lands of Alba, where the villagers were fair and kind and generally inclined to be nice to each other – except perhaps on a Friday night after closing time, or if Bonnyrigg Rose loses a game – there was a wise and honest ruler known as King Gary. He was a quiet and gentle man, though some say slightly eccentric having been known to search for bricks and collect samples of sand from far and wide but no-one bothered about this all that much.

Under his ward he cared for some thirty or so Turf zones, defending them, keeping them safe and tidy, and reporting to the Turf Lords in faraway realms of any problems they might face. Once each day at dawn the king would patrol his realm, taking each zone one by one, then retire to his lofty bungalow to count his points and polish his collection of virtual medals. Then, one day, the invaders came. No-one knew where they came from or why they came, but for millennia they had slowly and surely been drawing their plans against the shire.

By night they came, under cover of darkness, and neither wise King Gary or the fair and kind villagers of Bonnyrigg knew what mischief was happening under their very noses. This was mostly due to the fact that half of them were binge watching Breaking Bad on Netflix, while the other half binge watched Game of Thrones on Amazon prime. As the populace sat and stared in unblinking awe at their over-large television screens mounted on walls in rooms far too small to actually view them comfortably, the first of the invaders arrived.

It was only a small scouting party at first, the two fearsome turf warriors Féarglas and ElsieSpanner, rode into the sleeping village, riding steeds of Reynolds double-butted steel, recycled aluminium and carbon fibre. They used magical devices with demons inside that talked to the angels above to guide their way. Some say you can see these angels if you look hard enough but then again some people will say anything. On their heads they wore fearsome armoured helmets and their steeds carried dazzling lamps as bright as the sun. Their clothing was most strange, and would certainly fall foul of the fashion police should they be seen in daylight. Perhaps this is why they chose to invade at night.

By morning, when King Gary awoke from his slumber, all but three of his beloved zones had been taken. King Gary also had, hidden in the darkest recesses of his little bungalow, one of these magical devices used by the invaders. He could see that a veritable host of turf invaders, including the mighty soon-to-be champion turf warrior Cruachan and the speedy turf warrior MarkkuEsoc, were riding his realm, stealing zone after zone, tinkling their evil bicycle bells at the people of Bonnyrigg and frightening the old ladies with their skin-tight Day-Glo attire. Some were in the west, others in the east, one even passed by the little bungalow of King Gary, yet didn’t even stop to say hello. Aye, invaders are not like they were in the old days. At least then you could expect them to batter the door down to use the toilet!

One might imagine King Gary would muster his turf army, mount his own trusty iron steed Ogre, or even the monstrous fat bike Pugsley, and set forth to repel these invaders. But King Gary was older, and wise, and had seen this all before – yes, it was an episode of Star Trek Discovery – but that’s not important. He calmly went about his normal business of the early morning and by mid-morning he was ready to venture forth. His plan was simply, not to repel the invaders, but to seek them out, engage with them, gather intelligence and conquer by stealth, subterfuge and some downright sneakiness.

Some of the invaders, new to this realm, would ask friendly King Gary for directions and he would send them in entirely the opposite direction. He would also, deliberately on purpose, take the zones thus blocking the invaders from taking them again, at least for a while. Yes, King Gary had seen it all before and soon the invaders would weary and return to their own lands in the North.

By late-afternoon, the invaders had all but gone, ridden off to pillage zones from other nearby villages. One lone invader, the dastardly ESOCWalter did return, taking the zones that his fellow invaders had taken only hours before, but before long he too departed. By the early evening all the invaders had indeed returned to distant lands, and as the sun set over the distant Pentland Hills, the place of the everlasting rains, and as a fierce storm was gathering from the west, King Gary set out with trusty Ogre to claim back all the lost zones.

It was a race against the coming storm, the westerly winds were gaining strength and granny gears were much in favour this evening. However, head winds one way, means tail winds in the other, and zones were taken thick and fast. Within sixty minutes some thirty zones were taken and the king could retire to his bungalow to rest. At least for a while, as reports from spies afar suggest the invaders might be back on the morrow.

Yes, they may return and take all the zones under the care of King Gary, but again the king will soon be out and about on Ogre, his trusty steed, patrolling his realm alone, calmly taking back one zone after another, and soon all the zones that might again be lost would again be taken back into his care. And they all lived happily ever after. The end.