It’s amazing how events sometimes conspire to try and stop you getting out and taking Turf zones. Today it was a jigsaw puzzle. We have a jigsaw on a large board on the floor of the living room and the simple act is getting up from a kneeling position did something to a muscle in my back/left hip area and now it’s even painful to put my socks on, let alone ride the bike. It even hurts when I sneeze, of all things. I had planned an off-road cycle to take a few zones today but that was out, so all I was able to manage today was a gentle walk.

With Cathryn, my wife, accompanying me, we set off down to Hardengreen for the first zone of the morning, StoneGate, also known as The King’s Gate, still offering 185 points. Then we followed a very muddy and slippery trail up through Kirk Bank wood ticking off OldBattle, RecentBattle and NewBattle, all with 170 points for the taking. A revisit added another 93 points for zone BattleAbbey beside the gardens to Newbattle Abbey College. Nice to see the snowdrops are beginning to make an appearance, some actually already in flower. We also spotted a couple of tree creepers at close quarters, only about two meters from us. Normally, they tend to move out of sight but this pair stayed in plain view as we watched them probing the bark for hidden insects.

Our route then took us across NewBattle golf course – closed due to winter conditions – and up a less well-known path that brings you out at another large and ornate stone gateway that was once the main entrance to the abbey policies. From here we walked into Dalkeith town centre, not for zones but to pop into Greggs for a couple of Belgian buns, but alas, it was closed for some unknown reason. We were most disappointed. Next stop was WH Smiths for a newspaper and Boots the Chemist for some meds. 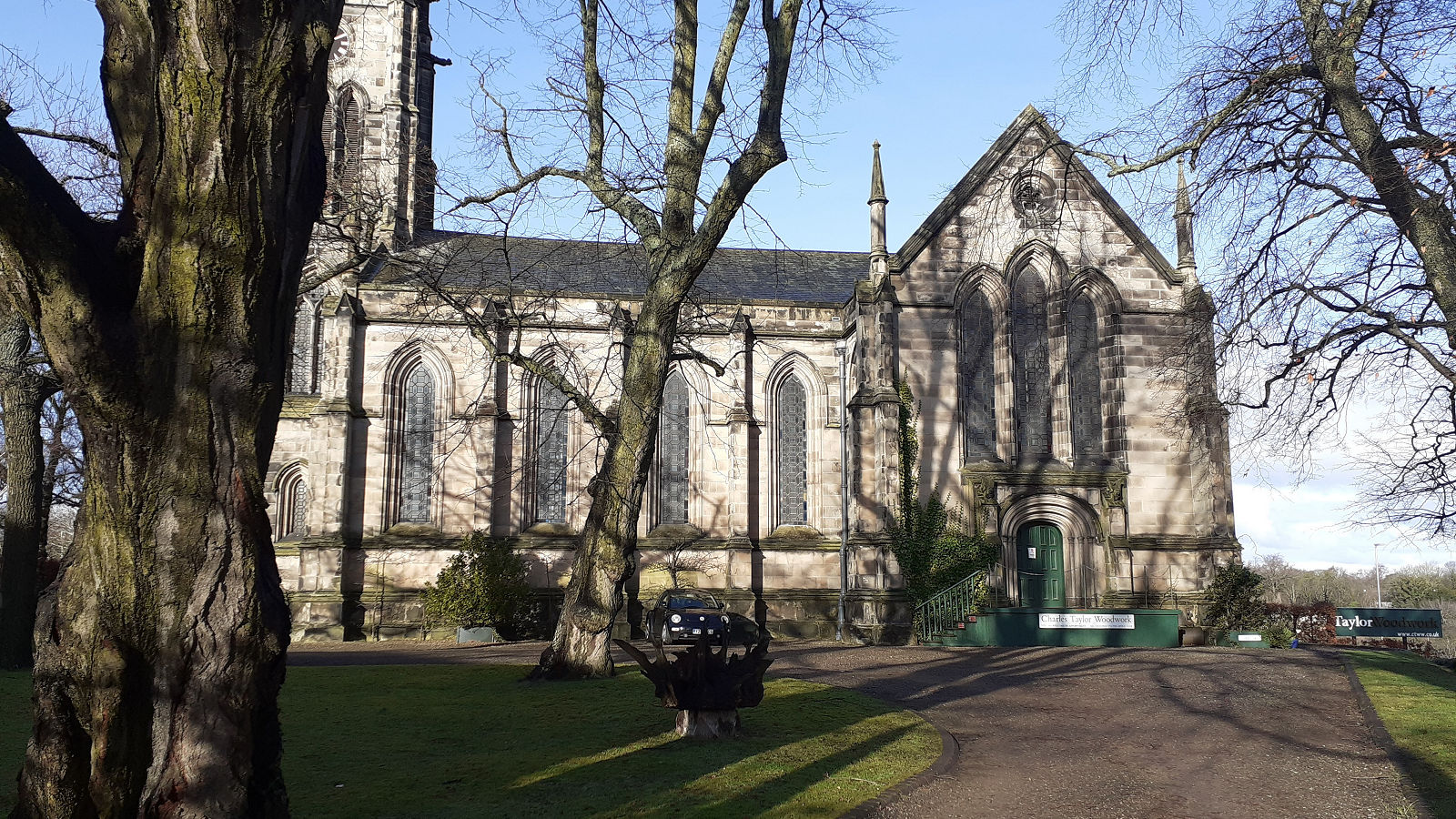 While waiting outside Boots, and I must say with a very cold lazy wind hurtling down the street, I noticed a new zone on the zone map, HolyDalkeith. It was still a neutral and I just had to take it. As it was only a few minutes’ walk from where we stood is was easy enough to walk around and add another 170 points to the day’s takings. The zone had only been added a couple of hours ago at 9.00 am this very morning. Nice to add a new zone rather than retaking old zones you’ve done before.

We now headed back towards home in Bonnyrigg, picking off a few well-visited zones on the way. Kings Park gave us WhichKing (170 points), then Beatles, BikeSlooowly, CollegeZone, Eskbank and A7View gave 170 points each, with a final two zones for the morning being Wishart (185 points) and WayOfBaird (185 points).

As far as points go, I was sitting at over 139,000 so not far to go to the next rank of Rank 23 – Advanced Seeker and I was only 5,000 points short of my January round target of 100,000 and still with another seven days left, will be trying hard to take a few more zones. I guess it will be down to the state of my back and the weather. Time for a coffee.