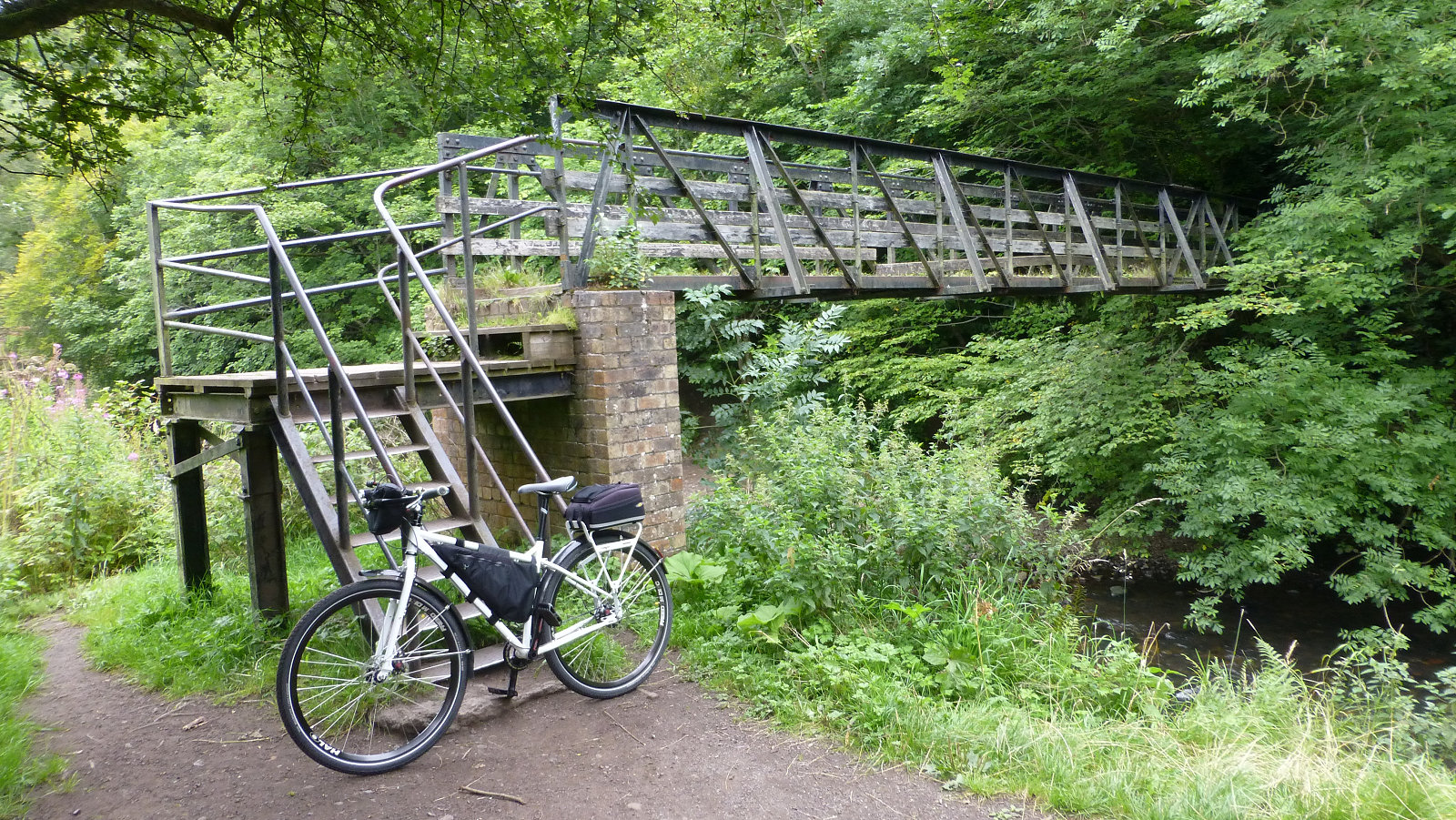 I decided this morning that a nice easy cycle-turf was the order of the day. My route, the Roslin to Shawfair cycle way. My thinking, no-hurry, no medals, no-stress about taking zones or not taking zones, just bimble happily along, stop somewhere for a picnic lunch and chill out. Take my time, look about, see the world and have a good time. Splendid. Rather than the usual blurb about taking this zone and that zone, this blog will be a photo blog, just for a change.

First photo is the one above. It’s the footbridge from the parking area at Rosin Glen that leads you up to Roslin Castle and Rosslyn Chapel, the latter famous from featuring in the 2006 movie, The Da Vinci Code, starring Forrest Gump. It’s an awkward footbridge with a bicycle. The metal steps are steep and the narrow handrail gap makes lifting the bike really difficult. On my first attempt, at night I might add, the handlebars clouted me in the face and the pedal raked my shin, drawing blood. Bugger! 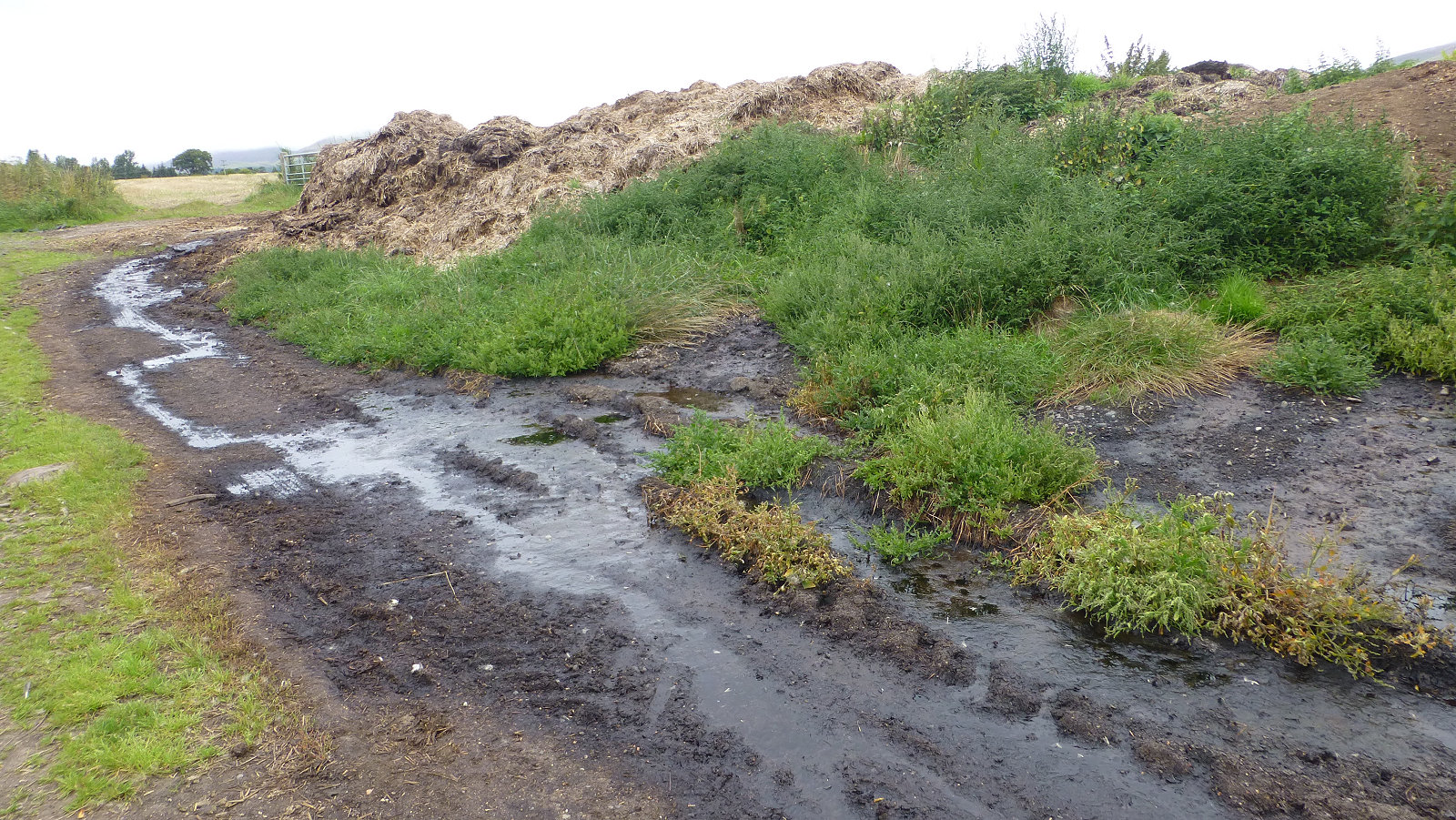 This next photo was taken beside StripesZone, located to the north of Roslin, on a dirt farm track. The lovely dark-coloured yucky mucky stuff is run off from the manure heap in the background. Fine stuff for putting on your roses but not for cycling through on a wet day. Not only does it cling like to your bike like a very clingy thing that I cannot recall but it smells simply awful. Best avoided. 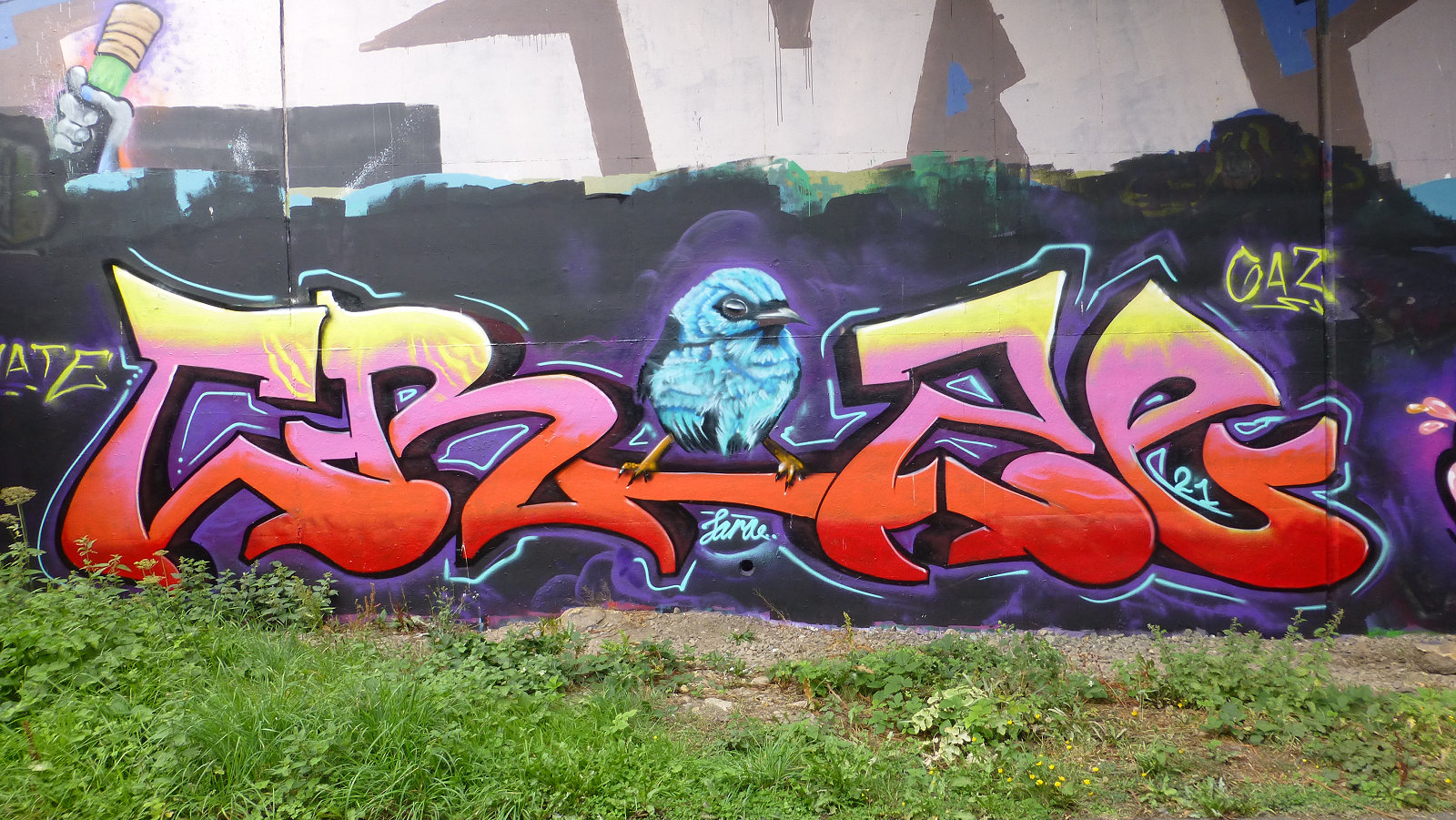 Next just one of the many graffiti murals at GraffitiZone, located under the A720 City of Edinburgh bypass. Is this a work of art of criminal damage? I’m of two minds on that topic. At least there some skill involved and it not just simply vandalism with gang tags. Today, I encountered a jogger, a rather large chap who was sweating heavily and while obviously trying to either keep fit or loose some very much not-needed weight, probably both, he did not look like he should be running at all. His face was beetroot red in hue and he was so far out of breath I was wondering when the heart attack would occur.

Personally, I think you should lose the weight first, then start exercising. Losing weight is one of the few things in life where you actually gain something for doing less. Forget fancy diets plans, just eat less. It’s not rocket science. I’ve had this conversation many times and people often come up with all manner of reasons or excuses why they keep gaining weight or cannot lose weight. But at the end of the day, if you distill the idea of weight loss down to the smallest of components, it’s simply do or don’t. You either eat that extra slice of cake or you don’t eat that extra slice of cake. Yes or no, do or don’t. It really is a simple as that. We just make it complicated. Sorry, got a bit ranty there. 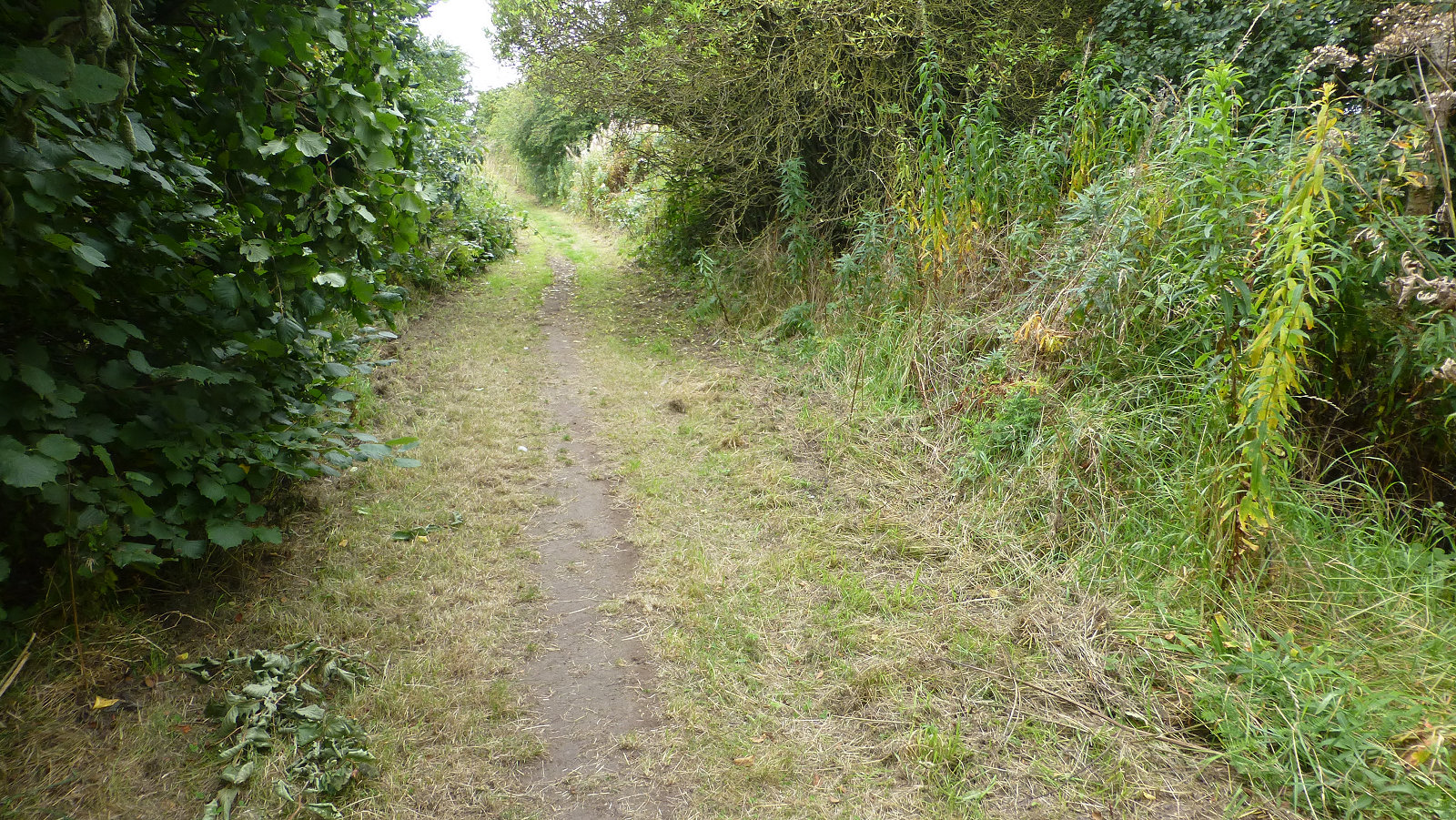 A quick geology lesson. The Kaim, a geological feature deposited when the ice melted at the end of the last Ice Age. Imagine a glacier, you know, a great muckle sheet of ice covering Scotland. Now, imagine a meltwater river flowing under the glacier. As it flows it picks up particles of silt, sand, small pebbles and larger cobbles, and this load eventually gets deposited on the bed of the river. Over time the riverbed increases in depth, eventually becoming many meters thick. Then after many, many, moons, all the ice melts and a narrow sinuous strip of sand and gravel are left, a kaim, also called as esker. Lesson complete. Your homework is to find out what a crag and tail formation is. Your clue is Edinburgh castle rock and the Royal Mile. 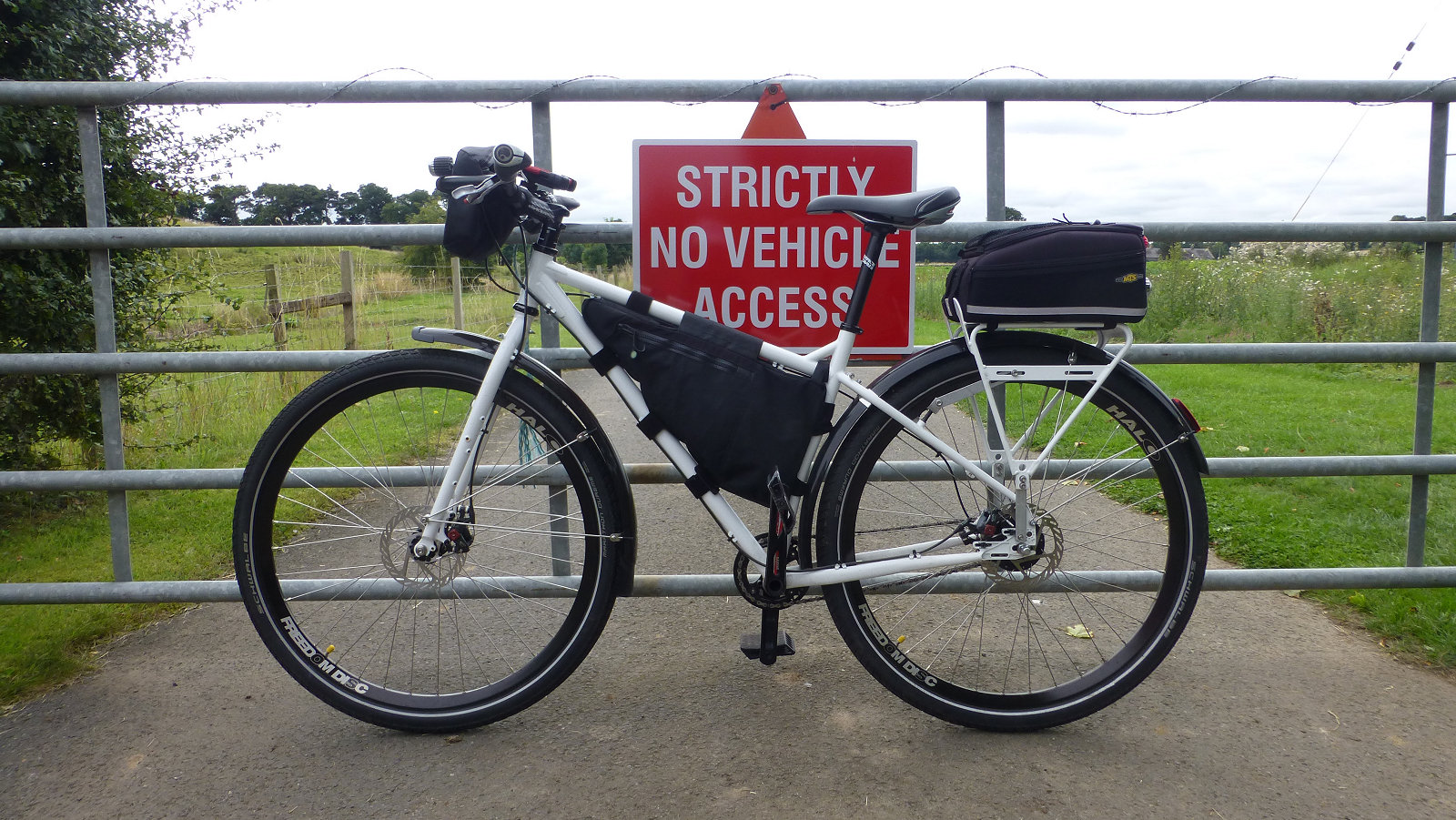 At zone WalkLasswade, there is a gate. It’s not a very nice gate as it has barbed wire wrapped along the top rail and the latch has been deliberately made difficult to operate. The barbed wire is not all that obvious but it suddenly becomes very obvious when you grasp the top rail firmly in your hand and get a nasty puncture wound. One might think the land owner here does not want turfers accessing his land. The sign on the gate might also suggest that. I have strong feeling that the barbed wire might get stolen one night by passing metal thieves. Oh dear, what a shame, never mind! 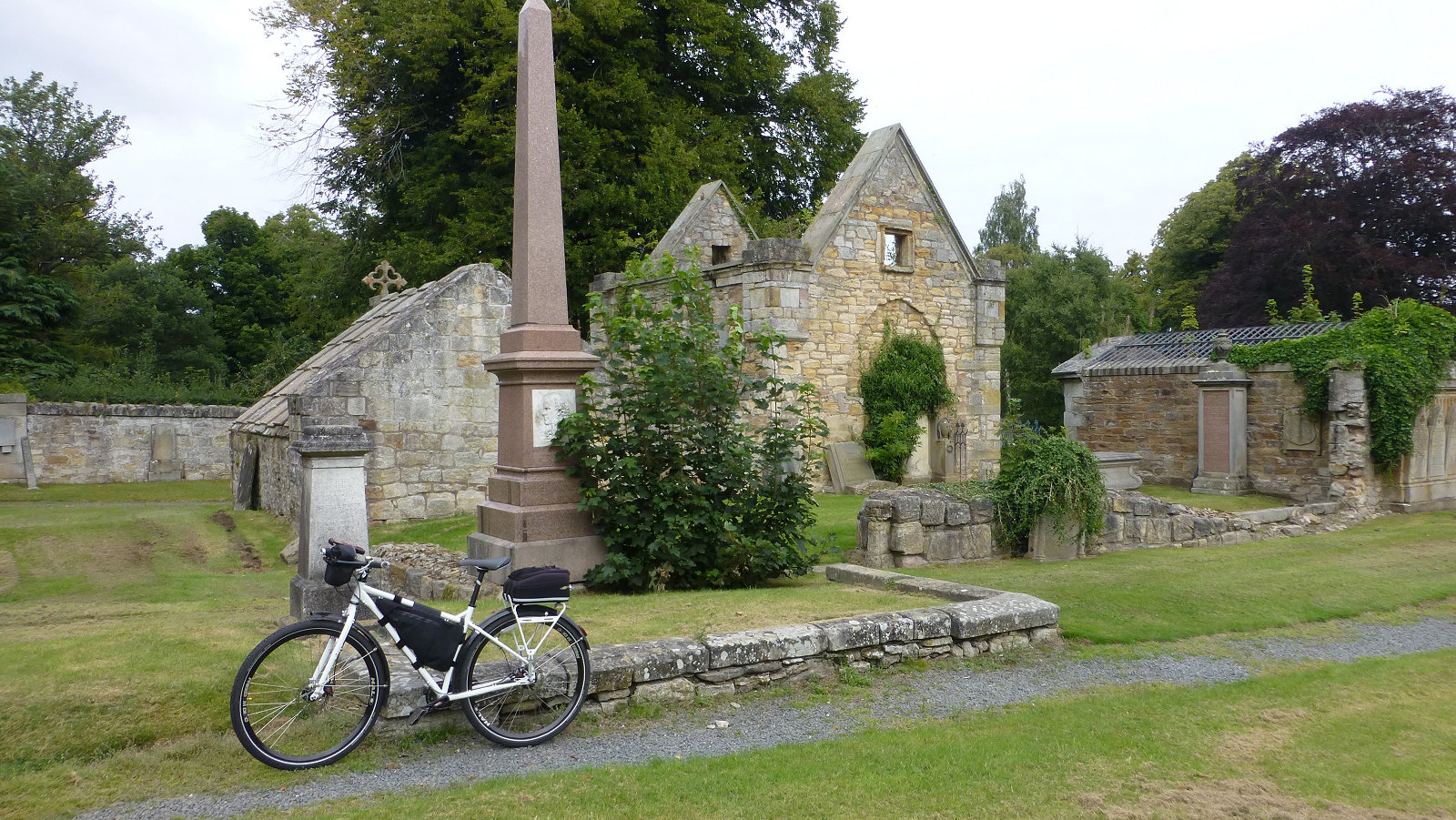 Our final photo of the day was taken at Lasswade Kirk. Dates back to 1280 AD, possibly even further back than that. As a fan of standing stones and stone circles, I could well imagine this as a sacred site in times long past. It’s well recorded that churches are often built on existing pagan sites, Christianising them as it were. The information board here has loads of stuff about different types of grave markers, for those interested. Right, photo blog finished, time for tea. Normal turf blog service will be resumed at a later date.