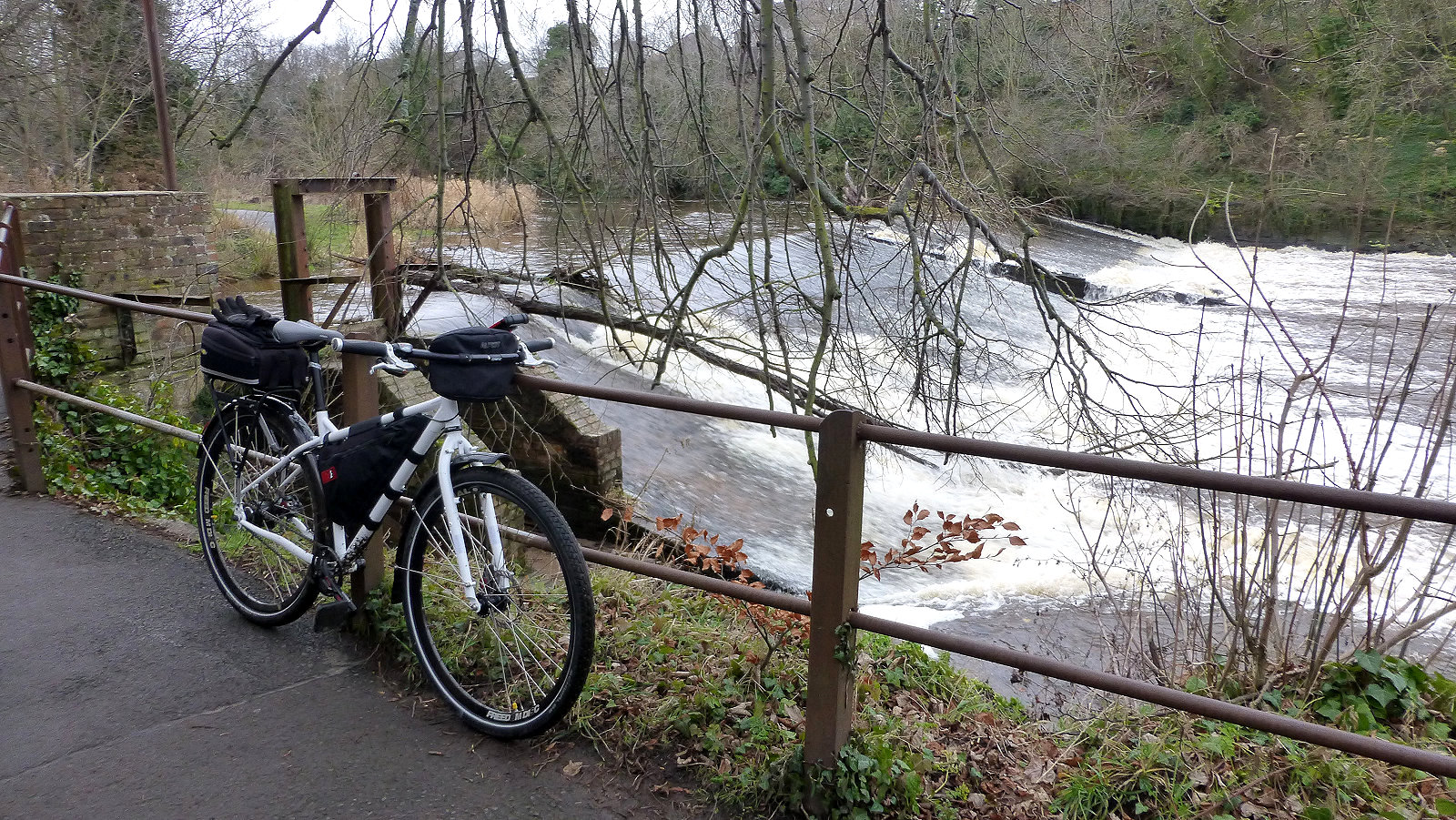 It can be easy to take a Turf zone for granted, just fleeting stops for no longer than 45 seconds to complete the take, perhaps even less, perhaps not even lifting our eyes from the screen, before zooming off to the next zone, and the next, and so on. I think we should remember all the hard work the Turf makers have put into creating these zones, allowing us to play the Turf game and perhaps pay a little more attention to zones we spend so much time seeking out.

When playing the game of Turf, zones are obviously important, nay essential, for without zones there is no game. So, other than points what else can we glean from a zone? The first thing is the name of the zone itself. What can that tell us? A good example would be one very close to my house, Pittendriech, a small bridge across the Pittendriech Burn. The name taken from the local area. Another local zone is DobbysSock. A nearby hill is called Dobbies Knowe but the sock part is a mystery only known the zone maker. Whatever the zone, take the time to look around and enjoy it.

There is some knowledge that zones can provide that may be useful for future visits. For example, you will have arrived at the zone by a certain route, look and see if there further routes to and from this zone, perhaps saving some time. This may be useful knowledge should you be approaching from a different direction next time. Also worth noting any dead ends to avoid as well.

When you see a zone on the Turf map, we cannot always tell what the actual terrain is like in the ground, is it flat or on the side of a hill, we don’t have contour lines like Ordnance Survey maps to give us this information. Knowing this can be helpful when planning Zone taking sessions for medals, knowing the lie of the land can help you make good use of faster downhill routes and reduce take and travel times between zones.

Another point of interest I’m noticed is the temperature difference between large urban areas and more rural areas. For example, we’ve had a lot of cold weather these past few weeks and frost, snow and ice have been hampering zone taking. On work-day trips into Edinburgh, pavements and streets were actually bone dry with no sign of ice or snow. The air temperature was 3 degrees C., higher on some days. So, if looking for zones to bag in cold weather it might be worth heading into town. Note that even in cities, large open spaces such as public parks and gardens can have ice and frost when the more sheltered streets are frost free. Ice and frost can also linger for longer at cold spots. Bridges and cycle routes using old railway lines are prime examples.

What you can take also from the Turf map is a good idea of the ground conditions. Urban zones are likely, but not always, to have tarmac paths and roads, off-road zones may be anything from smooth grass, wheel-tugging gravel, dodgy dirt, energy sapping sand, marvellous mud or wheel breaking boulders. Let’s you decide which bike is best for the job or even which footwear you are planning on wearing.

As we are on the topic of zones, I want to suggest we all keep an eye open for areas were zones are lacking, zone dead spots. Often I’ve come across places just asking for a zone to be created. You can do this on the Turf forum. There’s a Scotland section just for us Scots. I’ve suggested a few zones myself, suggesting zones in areas between my local towns, with the aim of linking them together and providing s corridor of zones for players to take between areas where zones are plentiful.

I was passed some tips by Kingslayer regarding a good way of suggesting a zone.

1. Start Google Maps (on PC) and switch to satellite layer. Icon is at bottom left.
2. Right click the exact spot where the zone should be cantered and choose “What’s here?”.
3. At the bottom of the screen a label with text and coordinates appear, click coordinates.
4. Map now makes a search with these coordinates and the nice thing is the search is now embedded in the page web address (URL). Copy the URL and paste into the forum post.

Finally, at least on this page, if you come across a problem with a zone, such as difficulties with access, the zone is located at an inappropriate location such as a school, play park, nudist beach or anything else that might affect players taking that zone, please report them here. Keep on turfing!