Where to Find Bricks 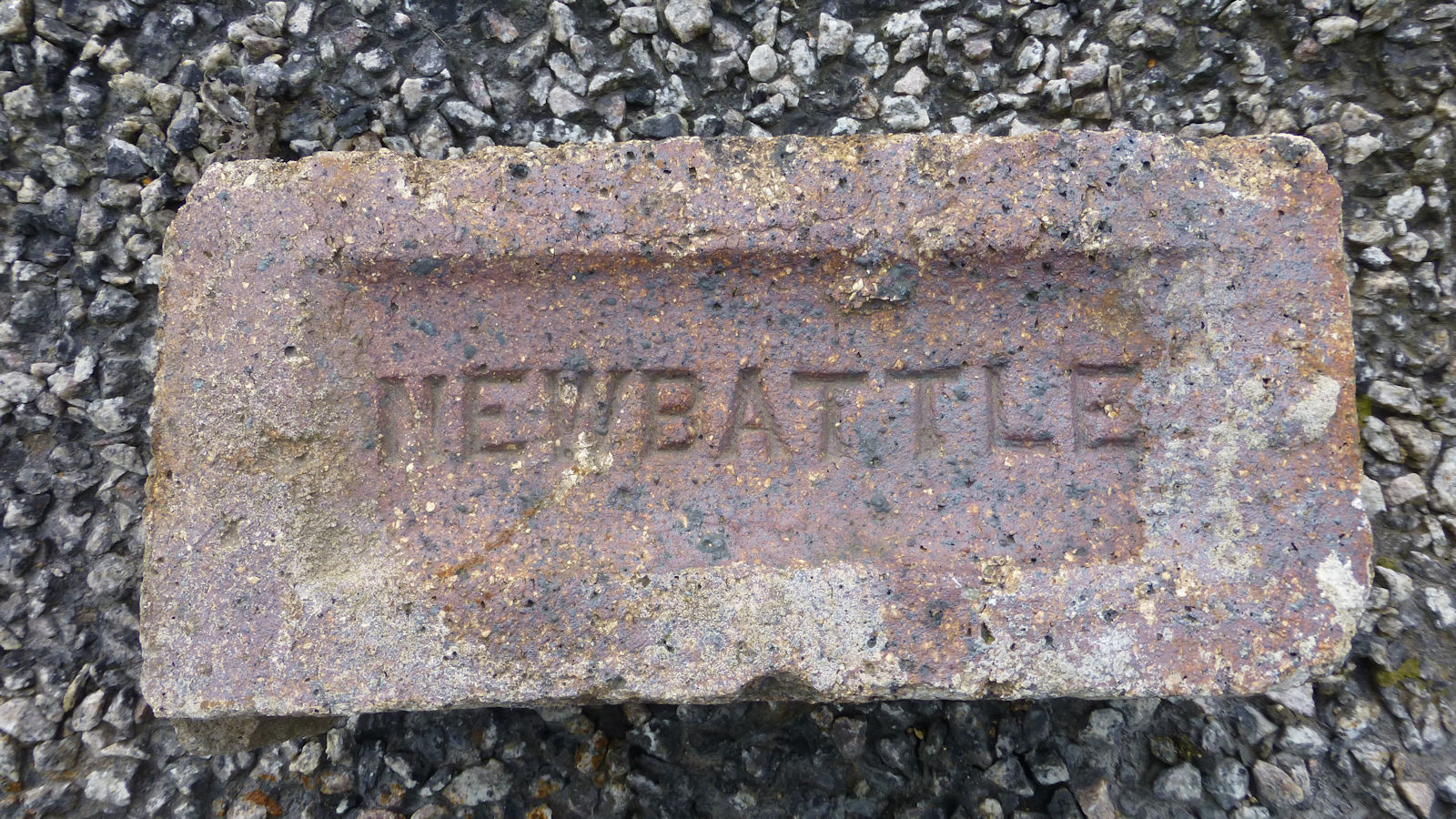 You can find bricks just about anywhere you travel. I’ve stumbled across bricks with interesting brickmarks just walking to work in the morning, on one occasion holding down the tarpaulin on a rubbish skip, on another, lying beside the pavement having been dislodged from a wall by an impact of a vehicle. The first was an local EDINBURGH, the latter an ENFIELD ACCRINGTON from way down south in Englandshire.

However, you are not going to create much of a vitual brick collection by just wandering about at random, you really need to look for the places where bricks are more likely to be found, and that is what I’ll try to do in the section, where to find bricks.

Beaches and the Coast
The coast, at least for myself here in Edinburgh, Scotland, has been the most productive of locations for brick spotting. Many areas along the coast have large exposures of bricks and other debris, either resulting from uncontrolled tipping in the past, from land reclamation or to bolster coastal defenses in an effort prevent erosion by the sea. Of course, not just any old beach or stretch of coastline will offer bricks for the spotting. The most fruitful locations seem to be beside towns and cities, particularly where there has been an history of industrial use.

Brick spotting at the coast needs to be done with some caution. Always check the tides before heading out and let someone know where you are going and when you will return. Aresa between low and high tides can also be quiet slippery with either seaweed or algal growth, so watch where you are stepping. It is often better to step between rocks and the like than actually on them. Areas of landfill can also contain potentially hazardous debris such as reinforced concrete where the exposed re-bar can trip you or even impale if you were to slip and fall. So be careful! Don’t restrict you spotting to the areas between low and high tides, the foreshore, that’s the area above high tide, can also offer good hunting.

Landfill and Other Tips
The place where I found my first 10 or so brickmarks was a disused landfill site located a mile or so from the house. It closed about 10 years ago and was well overgrown but around the edges rubble was still exposed providing some good examples. Most of them were hidden under moss but they were still recognisable as bricks. A number of old walls, the remains of a flax mill that once stood on the site, also produced some nice clean bricks, known in brick spotting jargon as “freshies”, almost as clean as when fresh out of the kiln. Bricks can also be found at other locations were rubbish is tipped, such as where fly-tipping has taken place. Many farms also have a place where rubbish tends to collect and may be worth investigating, though best to ask permission first.

Old Industrial Sites
Any location where extensive buildings were once located can often provide good numbers of bricks. For example, demolished factory complexes, printing works, housing estates, school and colleges, old mines and colliery sites – the latter often had brickworks associated with them – can be especially good for bricks. Even if the site has been totally cleared to ground level, you will often find the rubble has been bulldozed into the dips and hollows of the land. Areas around streams and rivers are also worth searching and there may still be the remains of exposed brickwork foundation visible in the ground. Industrial heritage sites, usually managed by some trust or official body will often have bricks lying around and more can be found by simply asking the staff, although you will have to admit to being a brick spotter!

Old Railway Lines
Since the Beeching cuts back in the 1960s, there are thousands of miles of abandoned railways line stretching across the countryside and while bricks might not feature much along the track bed itself, you can often find ancillary structure such as abandoned sheds, platforms, bridges, signal rooms and even old stations, where exposed bricks can be found.

Urban Areas
As mentioned above, you can find bricks just about anywhere and any town or city can have bricks and those cherished brickmarks popping up all over the place, it’s really just case of keeping your eyes open and investigating all manner of nooks and crannies. The one obvious place for bricks are brick walls. Any wall with an exposed top or showing damage may have loose bricks showing a brickmark with the coping bricks worth paying special attention as they may be from further afield. Also worth checking out in urban areas are brownfield sites, areas where buildings have been cleared away for future development. I actually found a brick, a STEIN, while out for a stroll at Musselburgh one weekend. It was built into the end of a garden wall facing the street.

Old Maps
Another potential source of brick spotting locations are old maps, particularly those avialble online. If you browse old maps from, say 100 years ago, and compare them to aerial photographs, you will often come across buildings that no longer exist, for example, along old railway lines. These sites may still be accessible and worth a visit.