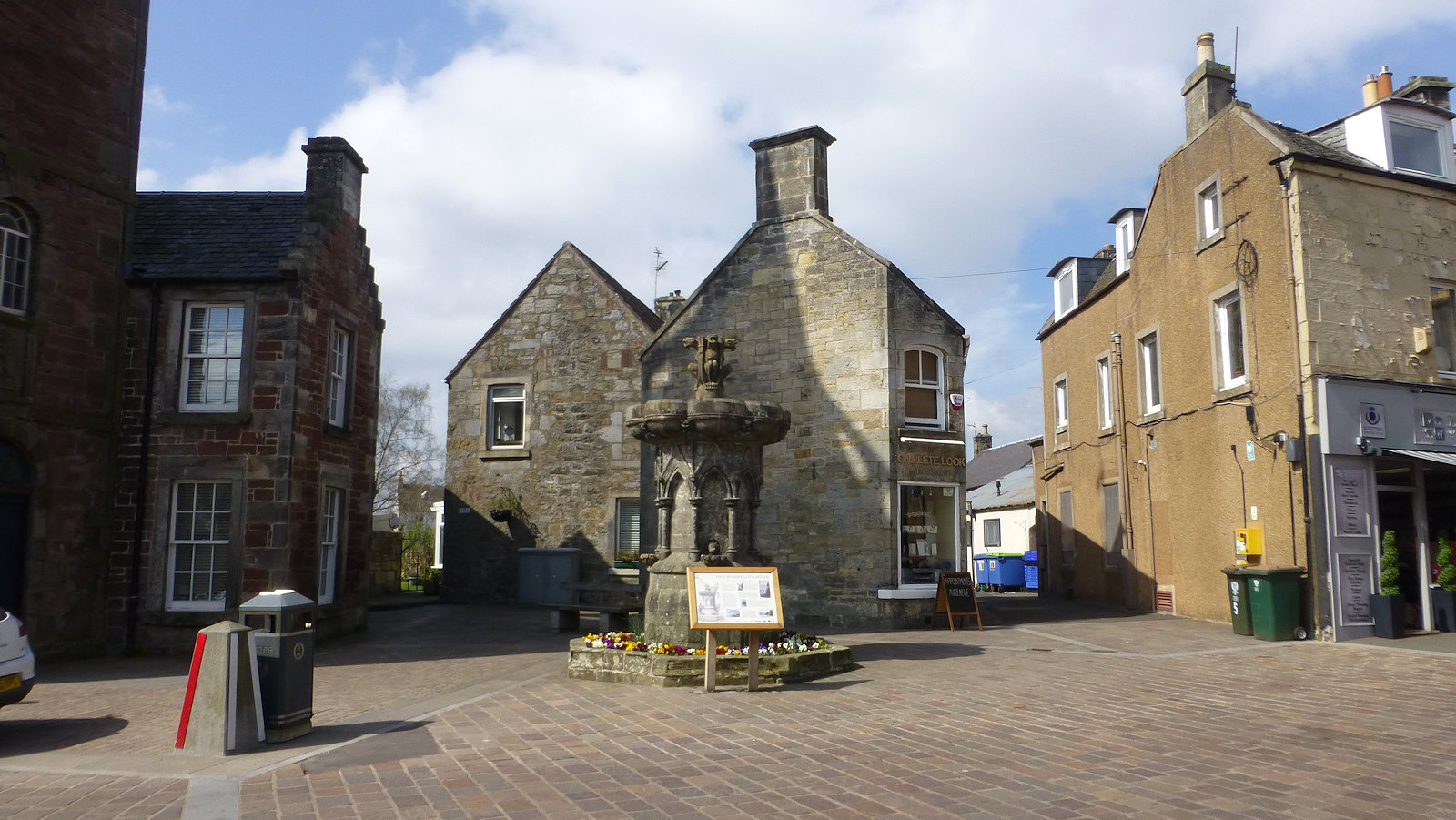 Now fully refueled, but with tired legs from kick scooting 13 miles, and with all 26 zones dotted along the Loch Leven Heritage Trail in the bag, I now wanted to collect the 20 zones in the town of Kinross. Seemed a shame not too having driven all this way. They are all fairly close together, so shouldn’t take much more than an hour or so. Of course, not having any knowledge of the streets of Kinross, I may be here for days, even years!

First on the list was zone Kinross, an easy and direct kick scoot from Kirkgate Park along to Burns-Begg Street and onto the High Street. The zone is at the decorative Crosswell Fountain, built in 1885 to mark the arrival of fresh piped water into Kinross. The High Street is cobbled and might be mistaken for a pedestrian precinct but beware, it isn’t, so watch for traffic. 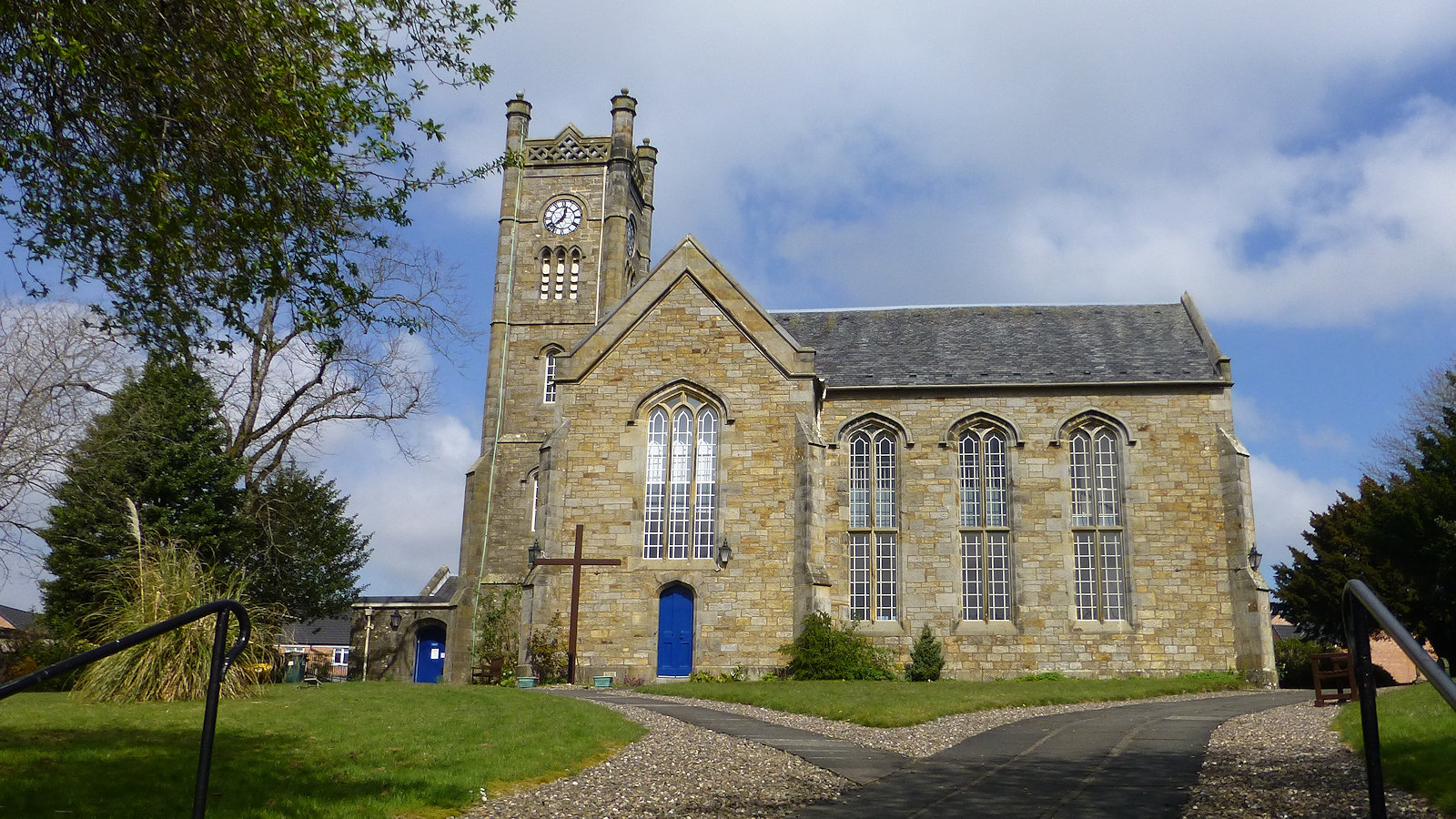 Next on the list of takes was zone HolyKinross at Kinross Parish Church, reached after an easy scoot along Swansacre. A man carrying a shopping bag stopped and started as I took the zone and continued to stare at me until I’d returned onto the High Street, heading for my next zone, SimpsonWynd, a landscaped grassy area at the entrance to a recently built housing estate.

Green Road led me to zone, yes, you’ve guessed it, GreenRd, another grassy area this time with a small play park where two small tearaways were testing the patience of their granny by completely ignoring anything she said. She looked at her wits end. My next zone was McBainsField. Initially it looked like I’d have to loop back to the High Street and circle around to the left but the Turf map did hint at a path leading directly there. Scanning about I spotted what looked like a small pathway at the far corner. And not far behind the houses was a streetlamp, a good indication that there was indeed a footpath. Zone McBainsField was exactly as described, a field. 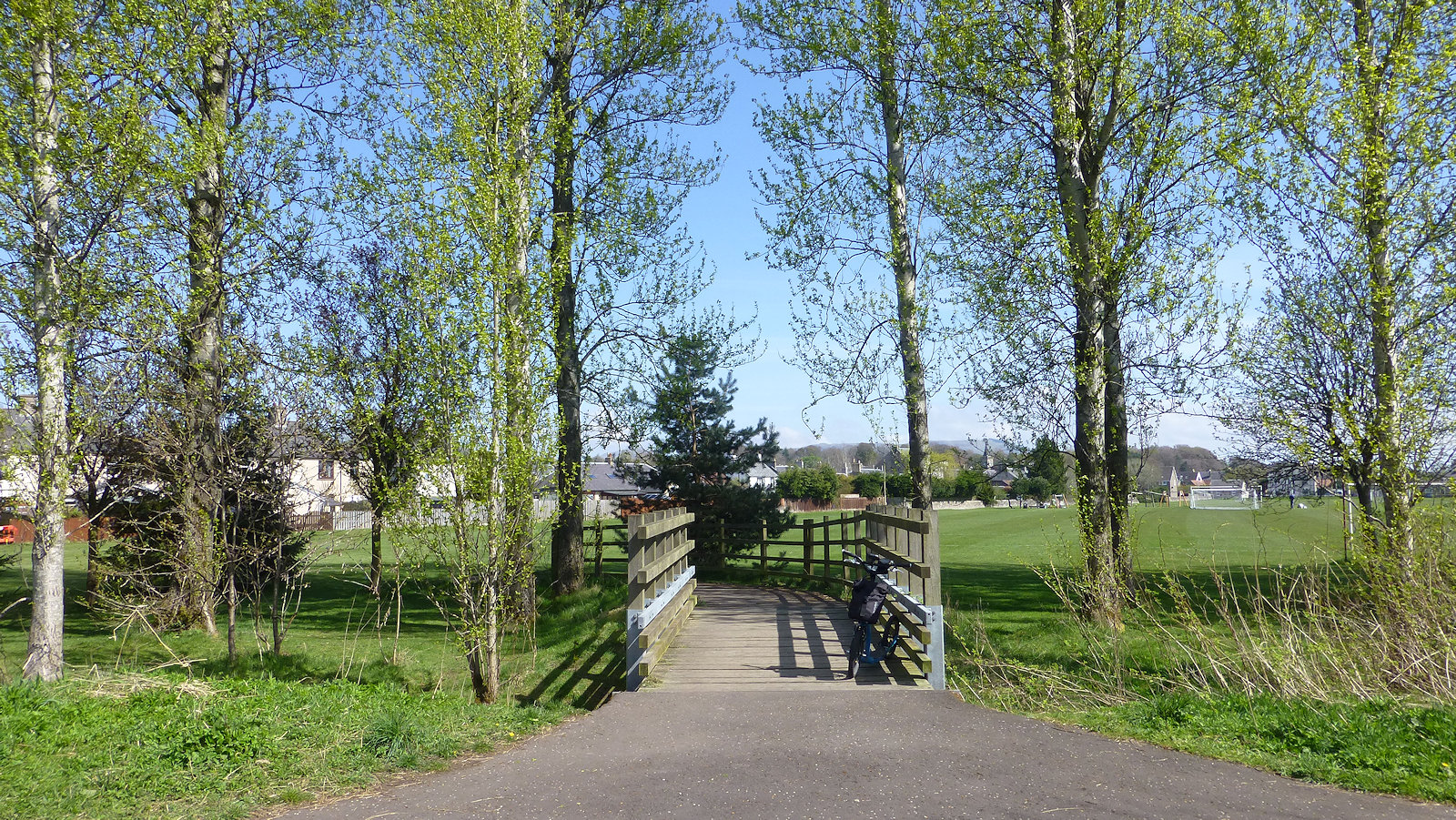 Continuing along this same path brought me to McBain Place, a left into Gordon Place, then a short path dumped me onto Argyll Road, right into Lomond Place and Mavisbankers was mine, all mine, a neat little grassy area with trees. SunnyRest, which I suspected to be either a care home or graveyard, had me back across the High Street, now called Muirs (also the A922) and along a rough dirt back-street. The zone was actually a cemetery, so not a bad guess.

Now, a bad case of exceedingly bad timing. The time was about 1.00 pm and my next zone was called CommunityCamp, a cluster of public buildings that contain the library, the museum but dreaded of all, Kinross High School. And it being lunchtime, school children were everywhere. Hundreds, nay thousands, of the blighters. And where was the zone? Yes, right in the middle of where all the children were hanging out. Of course, you know what children are like, and the sight of your truly on a giant kick scooter, well, I’ll leave the comments to your imagination. Needless to say I didn’t hang about. And no zone photography for obvious reasons. 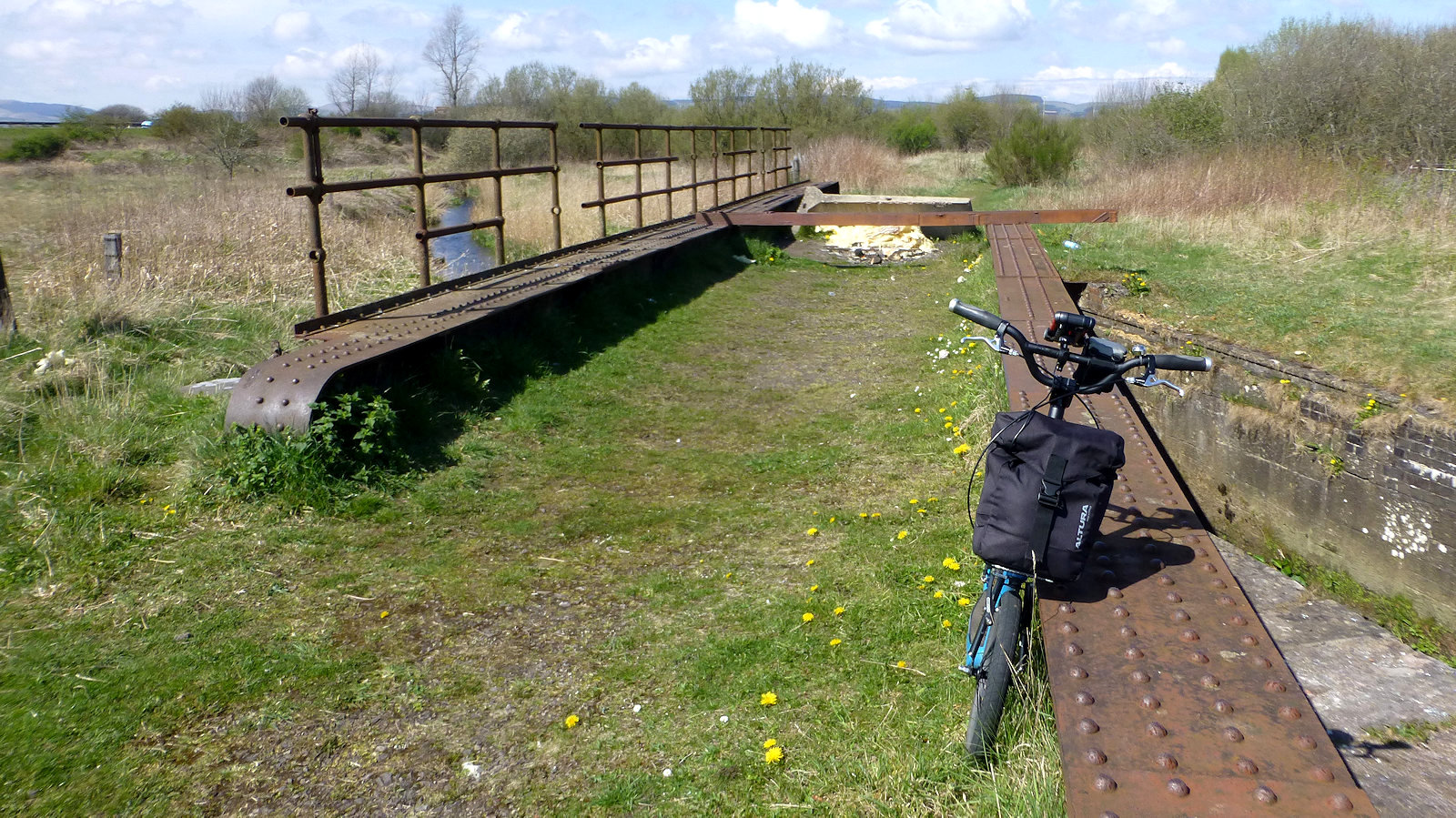 LeisureBishop was my next zone, located at Loch Leven Leisure Centre and thankfully free of school children. Next in line was zone Lathro, named after the local streets all with Lathro in their name. A handy footpath took me directly to the zone. Nice and easy. I like nice and east zones. Reaching my next zone, called Morlich, wasn’t all that obvious on the turf map. There didn’t seem to be a direct route to the zone, a row of housing being in the way. However, standing by the side of the road I scanned for the usual clues to hidden footpaths. I soon spotted one not far along the street, a short 2 m section of metal railing, erected to prevent children running onto the road and into traffic. And behind it a streetlamp. Two good clues that there’s footpath and a longer scoot was avoided. The zone was another grassy area in a housing estate.

The next half dozen or so zones are all parallel to the busy and noisy M90 motorway to Perth, so no more relative peace and quiet. The first two zones, OldRailTrail and MorarStation, are on the old Inverkeithing and Perth section of the North British Railway, now a pleasant (other than the M90!) little cycleway. Zone FoodJunction was easy enough to find, just look for Sainsbury’s. I was tempted to pop in for some chocolate but didn’t have my scooter lock with me. But thinking back I should have just wheeled the scooter in with me and scooted about the store. What’s the worst that might happen? A telling off? Might try that some time. 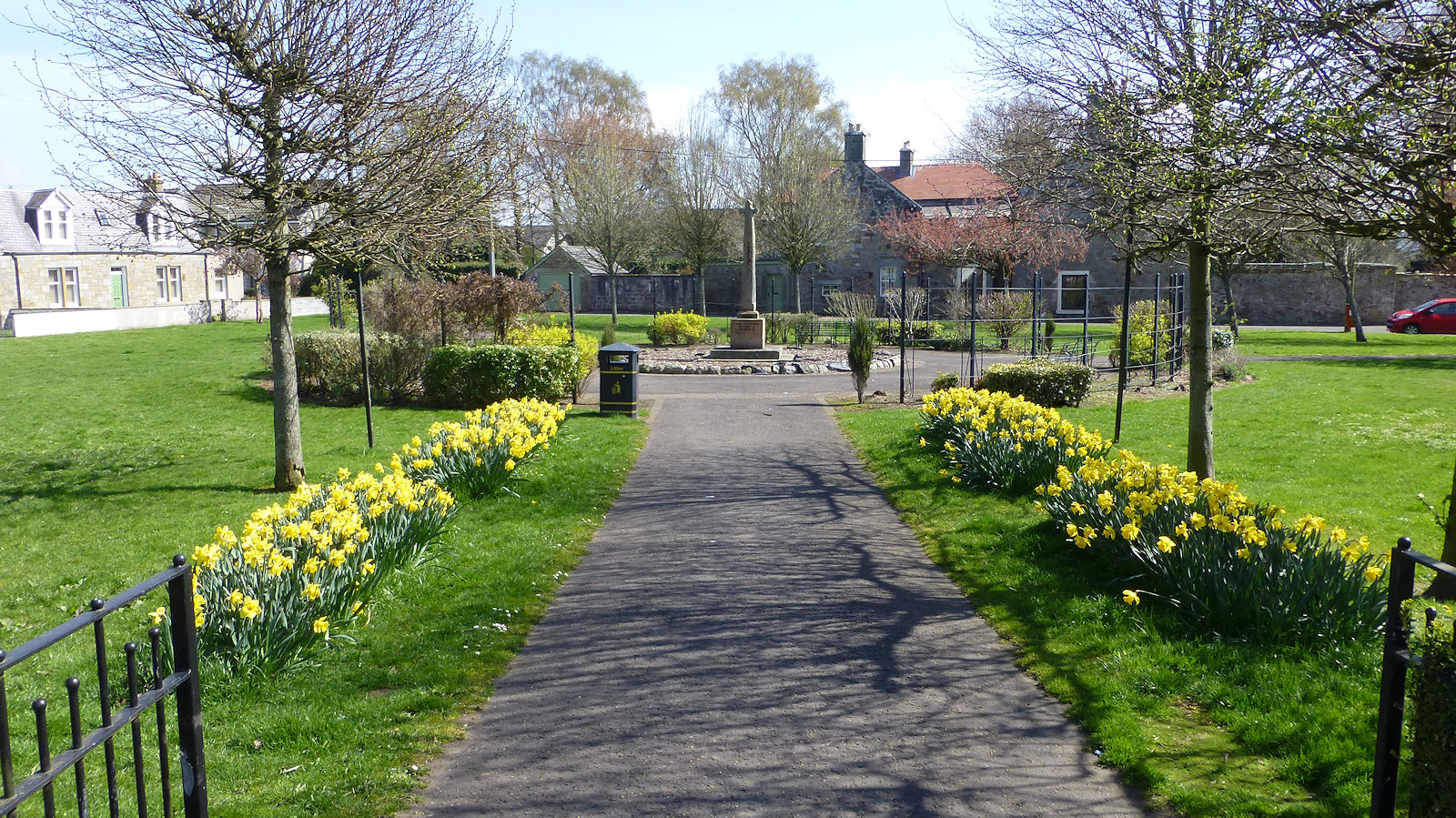 BowtonsHope zone was easy enough, as was zone ShootIanShoot but I did take the wrong way round, scooting down Montogomery Place, when I should have kept right along a more direct footpath but not a lot of time lost. Now, zone WorkForIt. And indeed you might if on your first visit. If you continue following the path you will emerge onto Clashburn Road. However, there does not appear initially to be any onward access the zone WorkForIt. But look closer, directly in line with the path you’ve just followed, the old railway line continues and local people will almost always make use of old railway lines. There’s a wee gap in the bushes that will take you to the zone. Easy when you know how and where to look.

The final zone was KinrossMeml, and easy take from the High Street. And that was that. 46 zones taken in all, all of then unique, 26 around the loch and another 20 in Kinross, just that last tantalizing zone on Castle Island for a future visit. I quite fancy a night-time scoot around the loch. Back again soon.