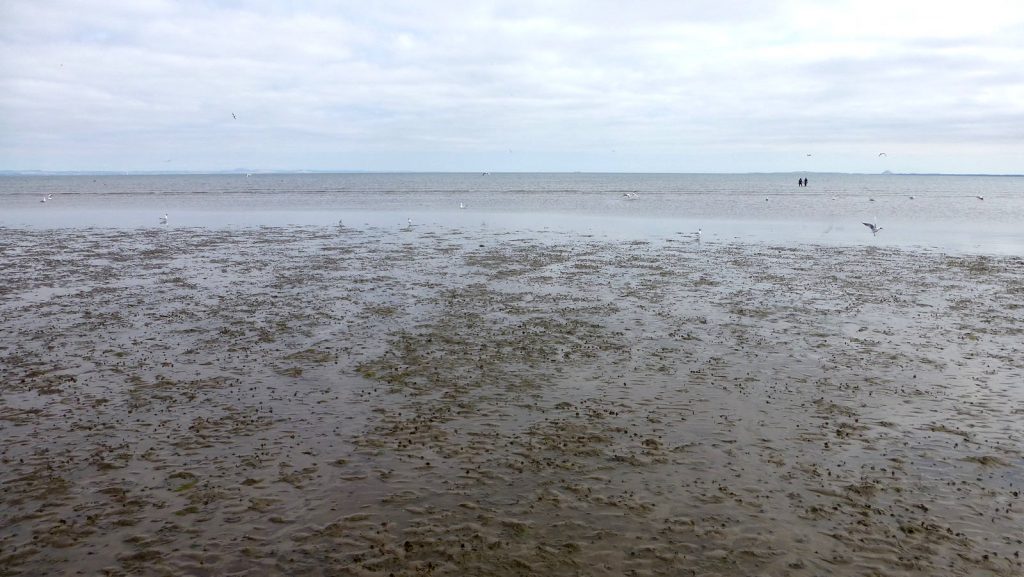 There’s one unique zone I’ve omitted to take on any of my visits to Portobello in Edinburgh. This is entirely down to the zone being underwater at the time. The zone is question is called NoMedalHere.

Now, the zone being located out in the chilly herring-infested jellyfish-swarming deeps of the Firth of Forth, I know little of maritime lore. But what I do know is that Dogger isn’t something questionable you do with strangers in deserted car parks. I also know quite well the tides between Aberlady and North Berwick, courtesy of many years riding the Surly Pugsley along the shore. I don’t know the tides at Portobello but when I noticed that the low tide today was 0.30m, I was hopeful of being able to take NoMedalHere without having to swim. A gentle paddle or wade, I don’t mind.

Being uncertain of what I might encounter, I carried spare shorts and a towel, just in case. The cycle down from Bonnyrigg on the Surly Ogre was rather pleasant, being mostly downhill all the way, or at least flat along the coast. Managed some 38 zones in total, easily exceeding my required Daily-Five. Normally, I would be able to say at least something about either the journey or the zones themselves, but today my mind is blank. Nothing of any consequence occurred worthy of mention. So, I’m going to talk about drones instead.

Having won the approval of the Financial Controller, aka ChoccyMuffin, aka Cathryn my darling wife, the purchase of a camera drone for filming in now on the cards. The drone in question will be a DJI Mini 3 Pro. Now, you may be wondering how a retired pensioner like myself can afford such luxurious and expensive toys? Well, a nice fat cheque is on the way from the Mr Tax Man at HMRC, they having taken too much tax from me and they want to give it back. Who am I to disagree?

This wonder of modern technology is small enough to sit in the palm of the hand, weights a meagre 249 grams, same as exactly six four-finger Kit-Kats. It will fly for around 30 minutes on a single battery and has a whole repertoire of tricks it can do, such as obstacle sensing, follow me mode, and so on. It should be great for making turfing videos along the coast on the Surly Pugsley. Sound great but there’s more.

It looks like I need to obtain a Flyer ID and Operator ID by sitting an online test via the CAA (Civil Aviation Authority). It doesn’t cost anything for the test and doesn’t look all that difficult. Just need to do some swotting up beforehand. The Operator ID costs £10 for one year. The Flyer ID costs £0 and is valid for 5-years. But enough for that for now. Back to zone NoMedalHere.

I need not have concerned myself about getting wet. The tide was well out and the zone was easily taken. I did take my shoes off to keep them dry but that was all. No need for the spare shorts and towel. Another unique ticked off the list. Then, on the way back, the Surly Pugsley developed an exceedingly annoying rattle. Closer inspection revealed the front mudguard had parted company with the lower mudguard stay. The mud flap, I noticed, had gone AWOL, missing presumed never to be seen again.

So, all the way back to Bonnyrigg, this exceedingly annoying rattle proceeded to be exceedingly annoying. In fact, people were turning their heads to see what the noise was, children were bursting into tears and dogs were howling like the wolves they are. However, back at the shed, the tools were at hand to make a repair, namely a pop-rivet gun. It took just but moments task to knock out remains of the two failed rivets and pop another pair in their place. Job done. And that was that. Might head out on the kick scoter tonight seeing as the weather is nice and warm but I’ll not say where I’m heading mainly because I don’t actually know yet. Back soon. 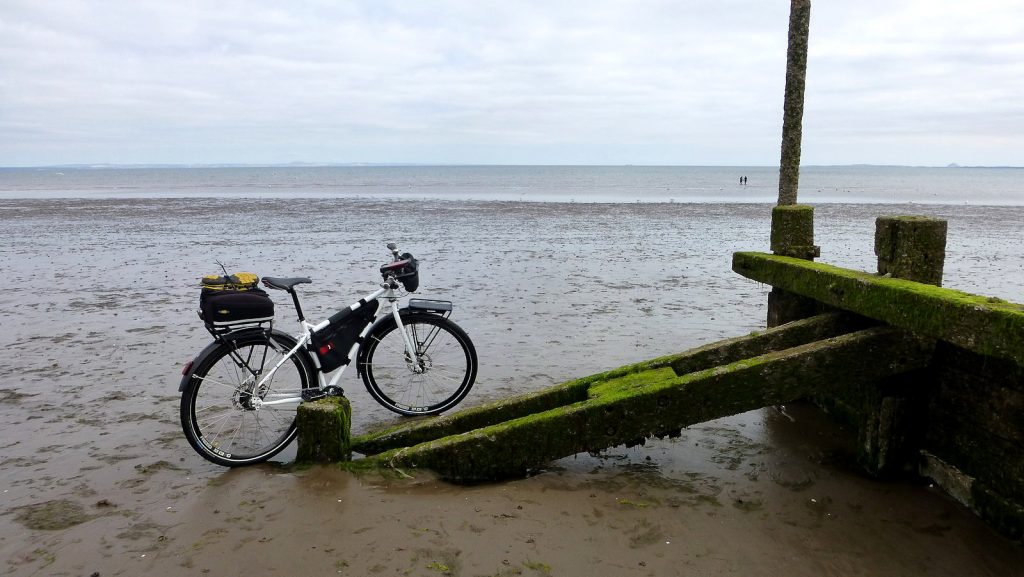