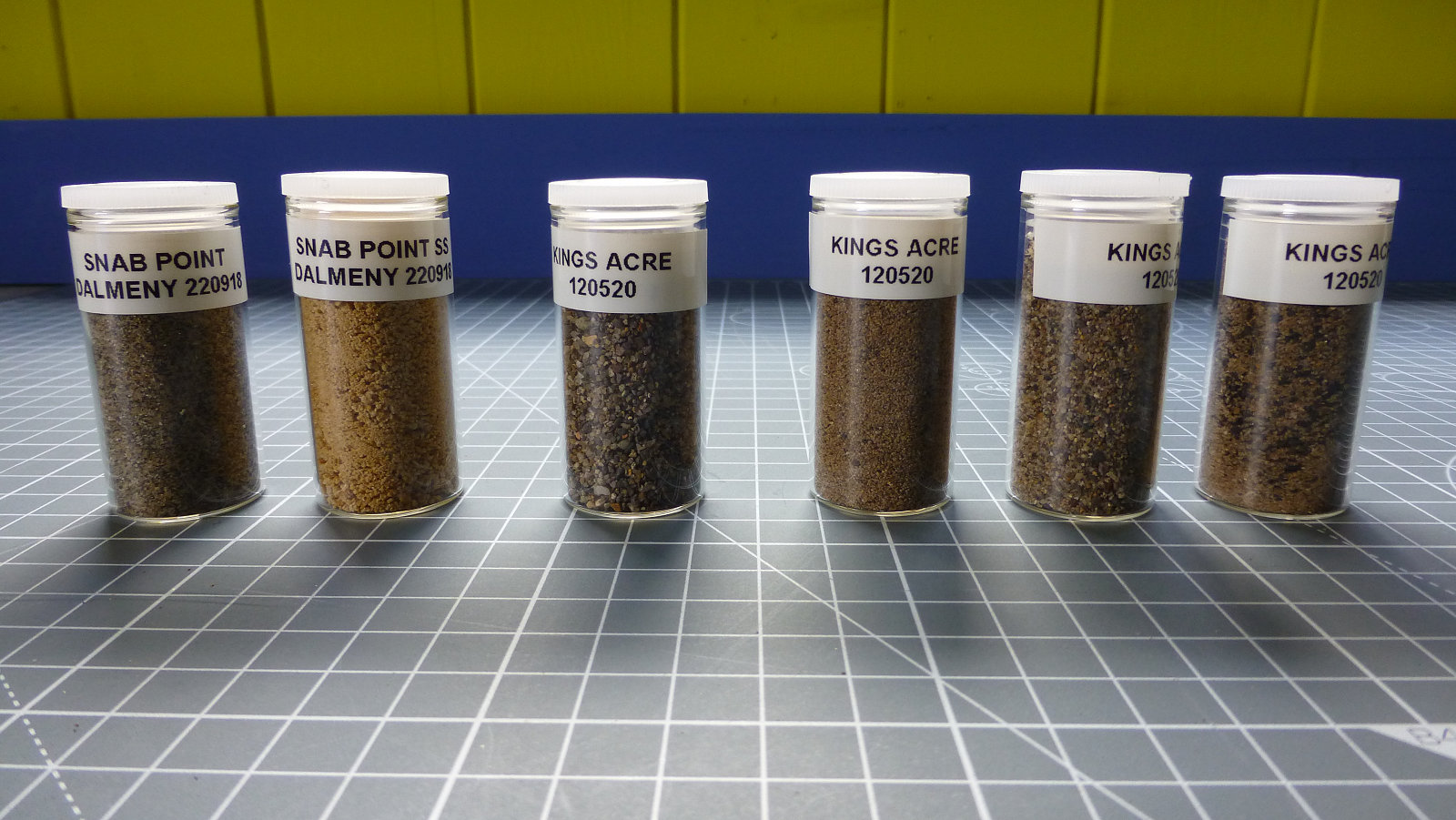 When I first started sand collecting, I decided to limit my collecting to the south of Scotland, namely the The Lothian’s, the Scottish Borders and in the Kingdom of Fife. I fact, most of my collecting was along both shores of the Firth of Forth, and the North Sea coast from St. Andrews in the north and Berwick-upon-Tweed in the south, although I will make an exception and include a visit to Lindisfarne in Northumberland.

Then in 2020, along came the dreaded Covid-19 virus and lockdown, effectively limiting any travel other than the immediate environs around my home in Bonnyrigg, a few miles south of the Scottish capital, Edinburgh. This got me to thinking, how could I continue to collect sand near-by, on my immediate local patch, say, for example, staying within easy walking or cycling distance. Let’s say, for example, not further than 5 miles, in line with Scottish Government guidelines.

Surprisingly, when you put the idea of beaches out of your head and think of alternative locations, there are rich picking to be had. Close by I have the River North Esk and the River South Esk, both cutting through rich and varied sandstone with beds of coal and shale. The resulting sands are good for collecting as is the wide variety of colours of sandstone. Good locations in the way of gravel beds are dotted along the entire length of the two rivers.

This got me thinking. If you can get sand from rivers what about all the smaller streams that feed both these rivers, each of these may have patches of sand and the same rocks as well. In fact, field trips proved this to be the case and some excellent samples were gathered. There are dozens of small steams in the area, enough for many collecting trips, even if only collecting one set of samples from each stream.

Local geology also offers good opportunities for sand collecting. The area is rich in sand deposits left over after the retreat of the glaciers at the end of the last Ice Age, some areas being mined commercials for sands and gravel, and there are two such quarries with easy reach. Information available online showed some other likely areas to visit and good samples were collected from exposures and even rabbit warrens.

Then there are all the other places where sand can sometimes be found including field erosion, road or railway cuttings, old quarries, roadworks, landslides and even old sandstone walls that are starting to decompose, to name but a few. So, you don’t have to travel to the coast to collect sand, there will usually be opportunities locally to where you live. You just have to give it some thought and get out there and look.