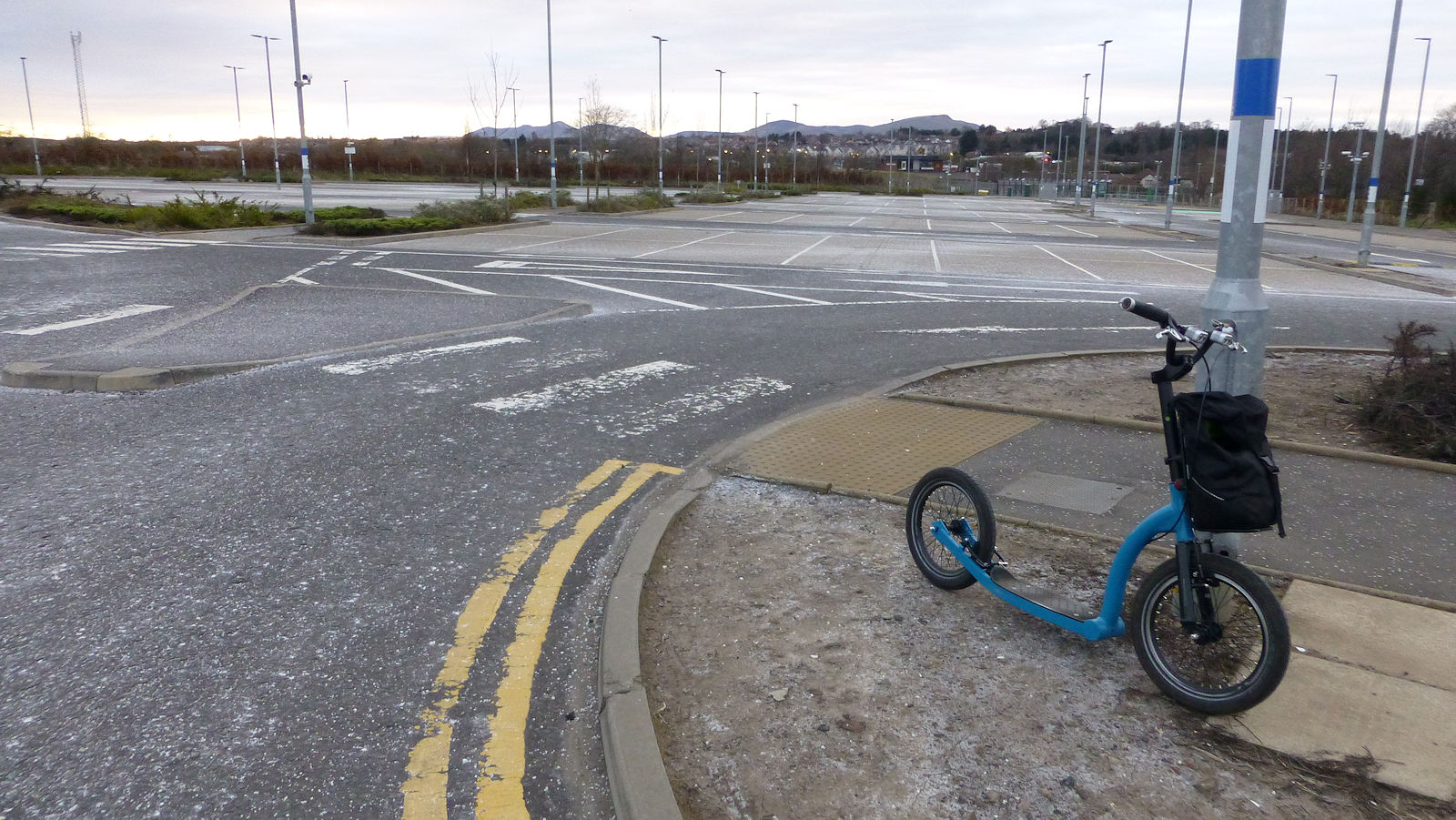 With the entire country in the grip of the dreaded Coronavirus and the population only permitted to go outdoors once a day for exercise, what better way to do that than on a Swifty Air kick scooter. However, the need to practice social distancing and keep at least 2 meters away for anyone else would require some careful thinking.

First thing I did was to avoid the busiest time of day, and this being a Sunday, that was the afternoon. People were passing the front of the house every few minutes, far more than usual, although they were keeping well apart. Tea-time, when many would be sitting at the table indoors, seemed the ideal time to venture out and as soon as the dishes were done, the Swift Air emerged from the shed and we were off.

My first thought was to avoid some of the narrow routes, such as cycle paths, where keeping a good distance away for people was not so easy. This left the street itself, which I soon found was ideal. If I used one pavement and encountered anyone, I had the option of crossing to the other pavement or even using the road itself, as traffic was all but non-existent.

It was very strange being out on the scooter and not seeing many people. The time was 6.30 in the evening yet if seemed like 3.00 am such was the scarcity of vehicles and people. It was also very quiet at well. None of the usual distant traffic rumble from the nearby A7 trunk road. No aircraft approaching Edinburgh airport either. All very surreal but quite nice at the same time. Bird song was much more noticeable than usual.

Crossing normally busy roads was noticeable easy with no traffic to speak off. At one of the supermarkets in Dalkieth, only two cars were in the parking area, a place usually heaving the shoppers, even on a Sunday evening. The car park at Eskbank Station was also empty, not a car or traveller in sight, though trains were still running.

For my next scooter-based exercise session, I’m going to go for either late evenings or very early mornings, either will probably give me the place to myself and there will be more wildlife around as well. Now, fast forward a week and it’s now silly o’clock, 3.00 am in the morning and it’s very strange

Did my usual local route taking in various streets, the local golf course and through the town centre, that being Bonnyrigg, my home town. It’s the silence that you notice. Not a single vehicle on the road and the usual distant traffic rumble is entirely absent. No people out walking, no taxi cabs, no planes overhead, nothing. Not even a barking dog or wailing cat! I even stopped in the middle of the high street at a crossroads and looked all about, nothing. Very eerie.

Mind you, It is rather nice having the place to yourself, able to scoot anywhere, no pedestrians or cars to worry about. Though I almost expected to turn a corner and see a hoard of zombies lurching along the street. Kind of like the opening scenes from a horror movie. I think I’ll be out scooting again soon.