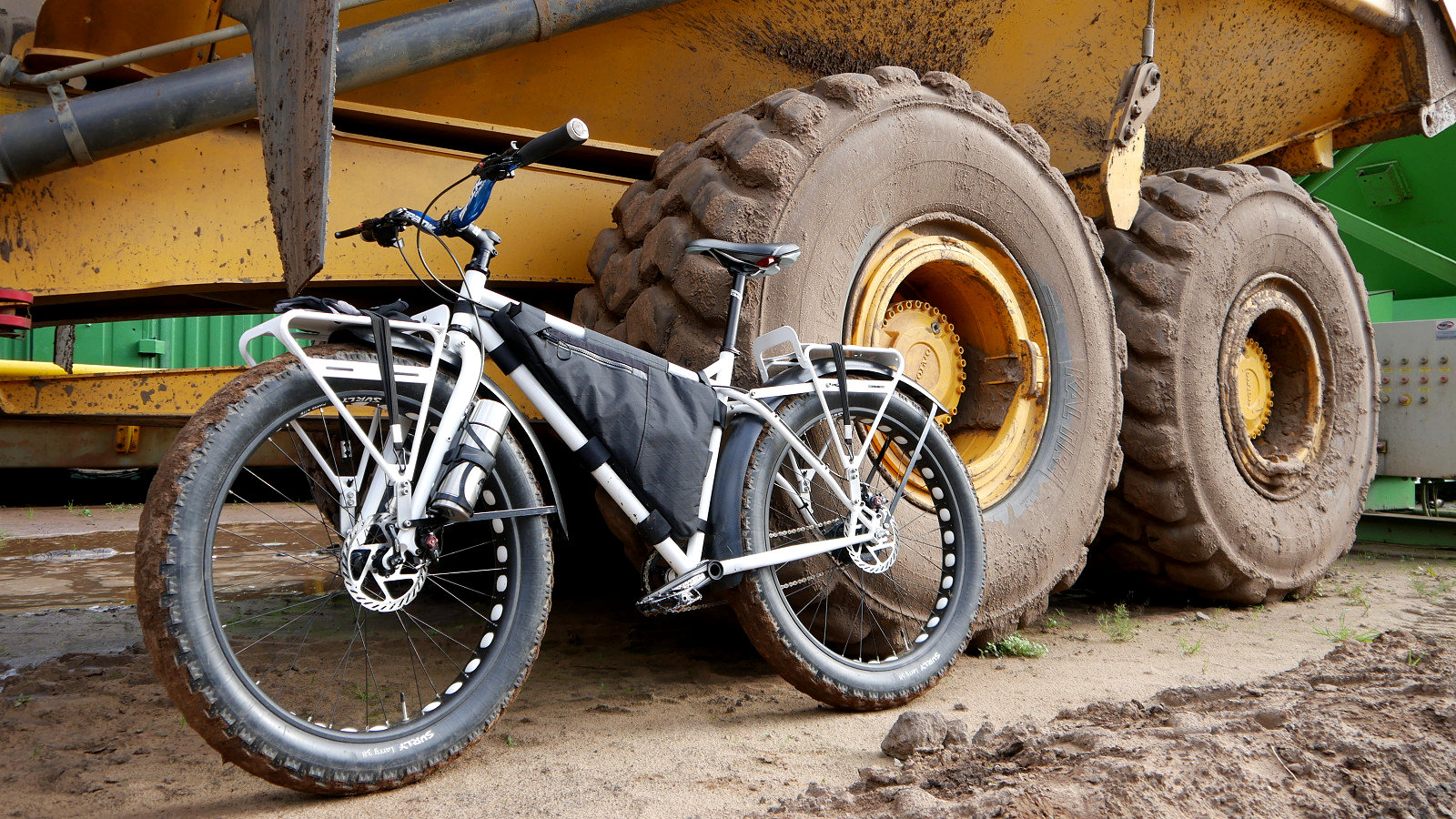 My fat biking adventures started begins way back in January 2010, on the beach at Aberlady Bay Nature Reserve in East Lothian. I’d been birdwatching along the coast and came across some wide tyre tracks in the wet sand. Initially I thought some idiot had been riding a motorcycle on the beach but soon after I spotted someone riding a bicycle along the sandy footpaths of the area, then they cycling up a soft sand dune. This was interesting.

Following the tracks, I noticed that those I’d seen earlier and the ones before me were the same. This was very interesting as I was looking for a new hobby, something different. I was actually thinking of purchasing a Landrover Defender for using off-road on a course in Fife or buying an old BMW motorcycle to restore but now having seen a bicycle I could ride on the beach, I needed to know more.

Back at the computer, I recalled something I’d seen once before, a bike much like the one I seen on a website relating to the cafe at Glentress in Peebles. After some detective work I tracked down the likely owner of the bike I’d seen and got in touch, even joining Facebook to be able to contact him. Much was my delight, he replied and agreed to meet, even offering me a spin on his Surly Pugsley. His name was Bruce Mathieson, also known as Coastkid. A few days later we met, spent two hours talking bikes and I had a spin around the square on the Pugsley and was immediately hooked. I just had to have one.

Of course, at that time you could not buy a Surly Pugsley off-the-shelf, they were only available as a frame and forks and you had to source and build the bike yourself. Not having built a bicycle before it was a steep learning curve to understand what components fitted where and what components were compatible with each other. I did try a few local bicycle shops asking if they would build one for me and had little interested, in fact, mostly blank looks.

Sourcing some of the parts was also difficult, particularly the Surly frame and forks, the Endomorph fat tyres, the rims and the 100 mm wide bottom bracket. However, after a few months of searching the Internet, I had all the components I needed. The only source I could find for the frame and forks, and the tyres, was in the United States, however, it was not that much more expensive than purchasing in the UK, even with delivery and custom charges.

The build itself went fairly easily and was very similar to Bruce’s build, Shimano Alfine 8 speed hub, Avid BB7 cable-operated disc brakes, Endomorph tyres (about the one ones available then) and so on, all the other components were fairly standard and easier to acquire. Though expensive I managed to get hold of two Old Man Mountain Cold Springs racks, though they were a real challenge to install symmetrically due to the offset rear triangle and forks of the Pugsley, required some brackets fabricated and no small amount of head scratching.

However, by the start of April 2010 the bike was complete and after loading the bike into the car, set off for the only possible location suitable for a first ride and to christen my newly born Surly Pugsley, the beach at Aberlady Bay Nature Reserve, a location that would become a place of pilgrimage for fat bike lovers in years to come.

It was a magical day to say the least. Having timed the tides correctly, I rode out to the wrecks of the midget submarines out on the bay, the Pugsley tackling the soft wet sand with easy. I then followed to coast all the way to North Berwick, returning back along the John Muir Way. To be honest, I was knackered afterwards but a big grin never left my face and seeing all those faces staring in amazement at the Pugsley as I rode along the beach will always be cherished. I’ve never looked back since that day.