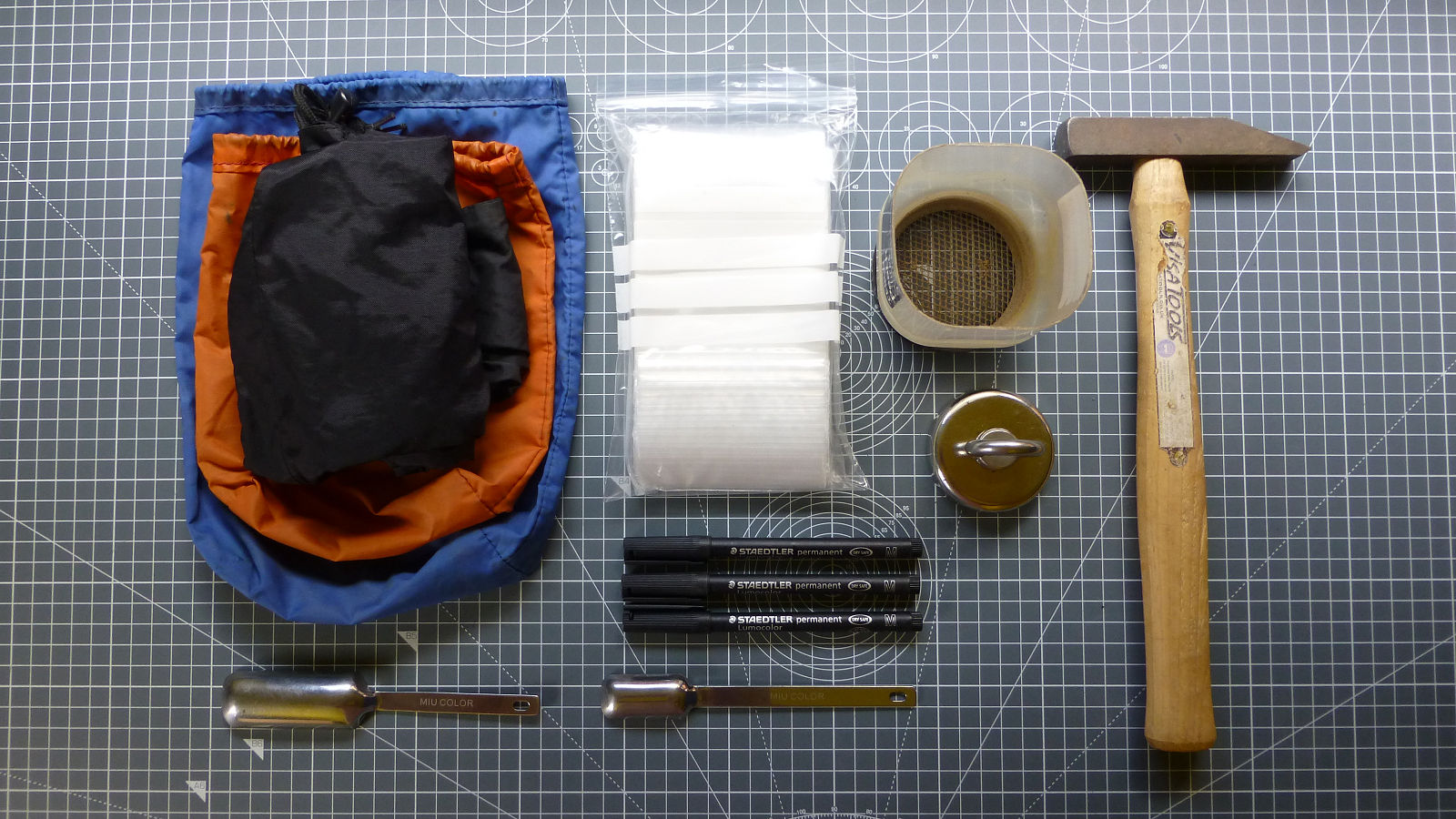 Always on the lookout for new locations to collect sand, I starting wondering one lunchtime about the possibilities of collecting sand in urban areas, namely in around the office where I work in the centre of Edinburgh, the Scottish capital. Of course, what follows will also allow to other towns and cities. Most days I arrive at work early and of for a walk, the same at lunchtime. During these walks I set myself the task of trying to locate suitable places where sand might be collected.

The first location I noticed, all be it from some distance away was Holyrood Park, a large area of parkland with considerable volcanic outcrops. I knew the area to be well covered with footpaths and walks and knew that erosion of these trails was quite considerable. It seemed likely that sand would accumulate from the processes of weathering. If fact, I know this to be true from previous visits.

Edinburgh is also crossed with a number of streams and rivers, all of which have potential for the sand collector. The Water of Leith crosses much of the city and I know from walks in the past that sand banks exist along the river and that there are also various cliffs with exposed soft friable rock. Both these are worth investigating. Smaller streams also exist around Braid Hill and Blackford Hill, potentially two further sources of sand.

In the very city centre stands Edinburgh Castle, perched high on Castle Rock. At first glance not an obvious location for sand samples but investigations reveal erosion of the cliff faces to the south and west. Sandy soil can also be found on the north side, along Princes Street Garden, exposed by rabbits digging into the slopes below the castle.

The next source of samples I found where in the ever present road works that seem to have a permanent place along many of the city streets. As much of Edinburgh is built of glacial deposits there is a good chance that beds of sand might be found. However, these excavations are usually not accessible and you will have to ask for assistance to gather samples.

I have also noticed that sand can even be gather straight off the street itself. Many road works use sand bags to hold down barriers or the like and spillage often occurs. It’s not really “natural” sand but there for the collecting if you so wish.