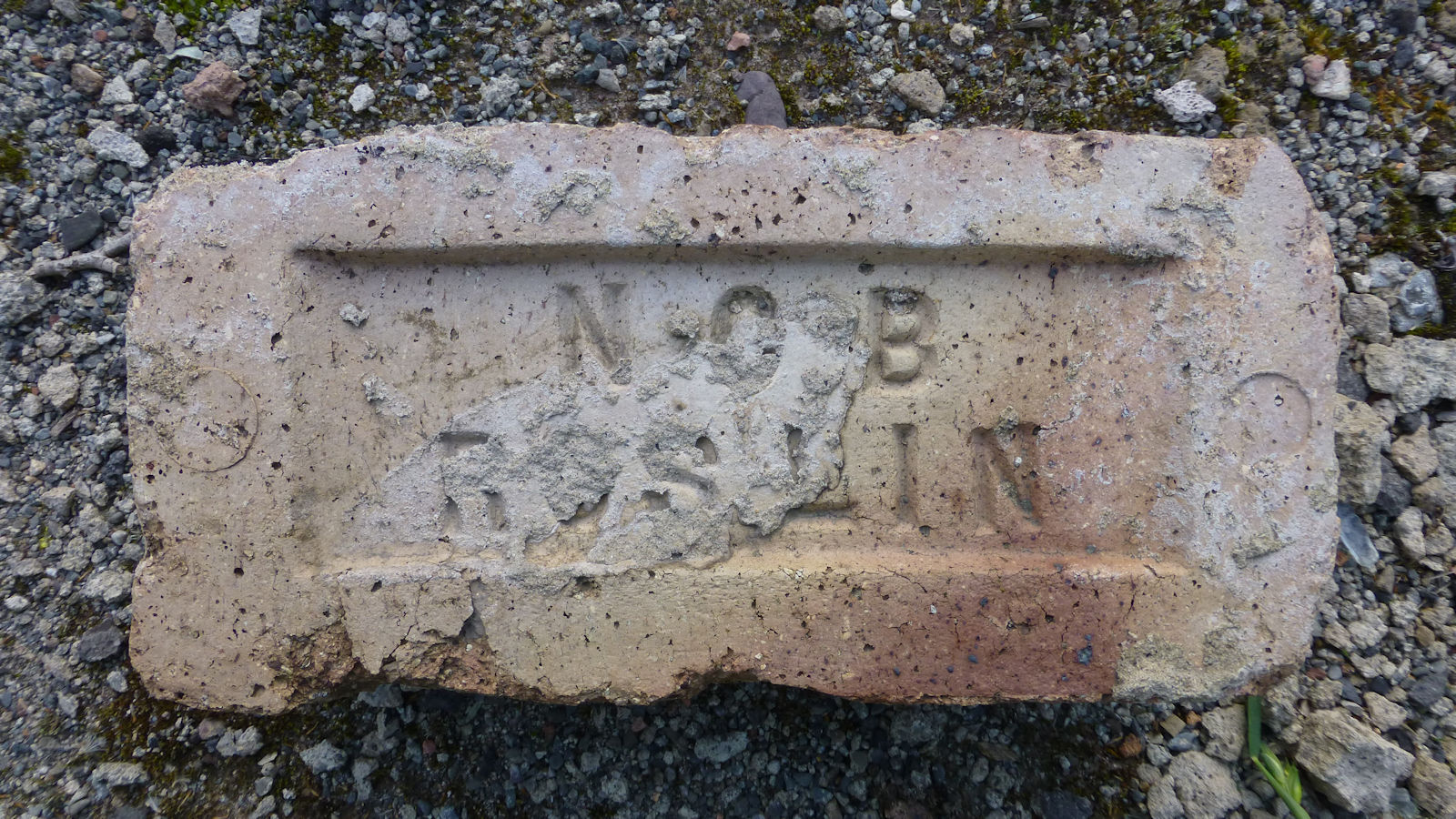 Most people would simply pass by a lone brick, not even giving it a second glance. Others might notice some lettering and wonder for a brief second or two about the name. But some people see a brick and have to stop. They have to pick it up, perhaps turn it over and see what the brickmark reveals. Such people are brick spotters and they also tend to want to know where that brick came from, where it was manufactured. I am that some people.

Identifying a brickmark can be fairly easy or exceedingly difficult, if not impossible, as not all bricks actually have a brickmark – these are called nameless bricks in brick spotter jargon. Even a brick with a distictive brickmark can be difficult to match to a specific brickwork as records can be few and far between.

Identifying a brickmark is not an exact science and we do not have handy field guides of the type used by bird watchers, or stamp and coin collectors. Although, having said that, Scottish brick spotters do have the excellent “A Survey of Scottish Brickmarks” to call upon – if you can find one as they date from 1985 and have long been out of print – which goes a long way to identifying Scottish-made bricks.

There is one online resoure that is second to none in the world of bricks, brick spotting, brick collecting and Scottish brickworks, and that is the Scottish Brick History website. If you cannot find the information you are looking for here, you may be out of luck.

So, you’ve found a brick with a brickmark and you don’t recognise the name or markings or whatever the brickmark comprises – it could be letters, numbers, symbols or a combination of all three, even somethign else entirely. How do you go about finding where this brick came from?

There are a number of things you can try:

When searching the internet you will often find leads that can be used for further searches. For example, you might not find any references to actual brickworks relating to your find but you may find information relating to the coal industry. Here in the the south of Scotland, and with many coal mining areas, there is a close association between brick making and coal mining. Fire clay is sometimes found during mining for coal and this forms the raw material for brick-making, particularly fire bricks or refractory bricks which can withstand much higher temperatures than normal bricks. The coal itself is also used, as fuel in the firing of the bricks. A deeper search for information relating to the colliery name or owners may unearth information on an associated brick works.

Another problem you may encounter is that your brickmark may be incomplete. I’ve often found half bricks or less, with only a partial brickmark showing. A good tip in this situation is to always record even a partial brickmark. Sometimes you will first find the end part of the brickmark, and perhaps later, you may find another brick with further parts of the same brickmark. You may find that piecing together all the parts will give you enough information to begin your search.

Identifying a brickmark can sometimes be very frustrating. In fact, you may never find the maker of a brick. And it is worth noting that some of the brickworks that made the bricks we find on our searches may have gone out of business over 100 years ago, or even more, and little, if any information remains readily accessible. I say readily, because such information may exist somewhere but be hidden away in library archives or in private hands. Occasionally you will find yourself stumped.

There is another possible clue that you can use for identifying brickmarks and that is the composition, colour and texture of the materials used to make the brick. Some brickworks produce bricks that are quite distinctive, for example, DEWAR, ENFIELD and ACCRINGTON. Others may be less distinctive but as you get to know the local brick fauna, you will soon be able to identify a brick even without seeing the brickmark. HAILES bricks here in Midlothian, with their red colour and often poor quality, are a good example. WHITHIL bricks are another similar example which can often be identified without seeing the brickmark.

Finally, it is the nature of brick spotting, where accurate factual information can be lacking, or non-existent, that we may never be 100% certain where a brick came from, or where the brickworks was located, or even which country it was produced in. You will just have to live with that. That’s just brick spotting.