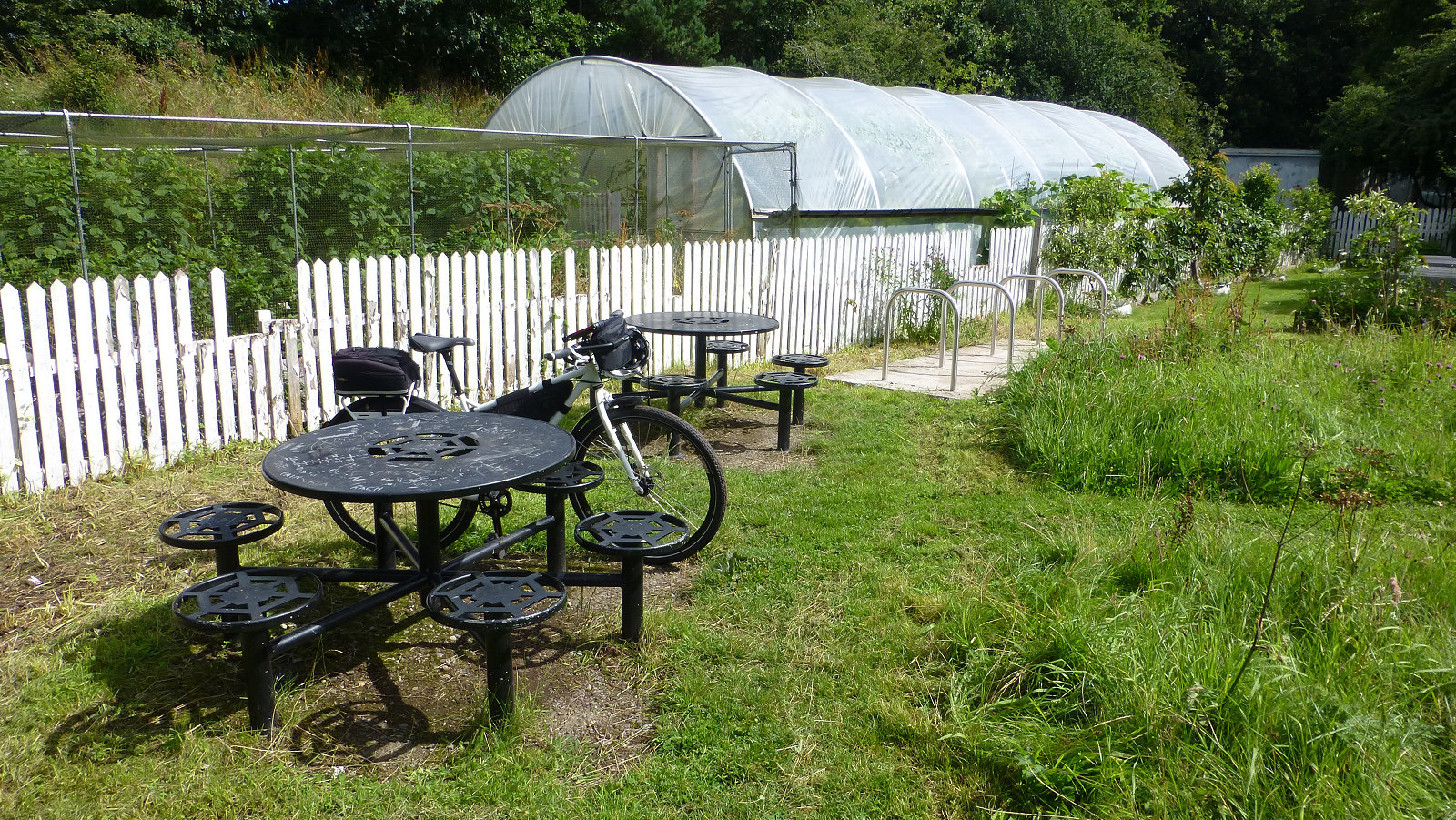 The word addiction is often seen associated with the word turf. And I would not hesitate to say it’s an apt association. Once you start turfing, it can get really hold of you and the more you turf, the more you want to turf. It’s even worse when you start going for medals. And no prizes for guessing which medal I’m referring to. Yes, that Diversier medal again, 500 round unique zones in a single round.

I’d set myself a target today to bring my current total up to 350, adding another 54 takes to yesterday’s 296 final total. I like having a goal each turf session, that gives it a beginning and an end. I can also plan my route accordingly, pace my aging body, care for my aching back and hopefully enjoy myself, rather than slogging on when I’m totally knackered and just want to go home and lie down. I don’t like open ended turfing sessions, there’s a tendency to just take another zone, then another, and another, just one more. Too easy for it to become a chore rather than something to enjoy. 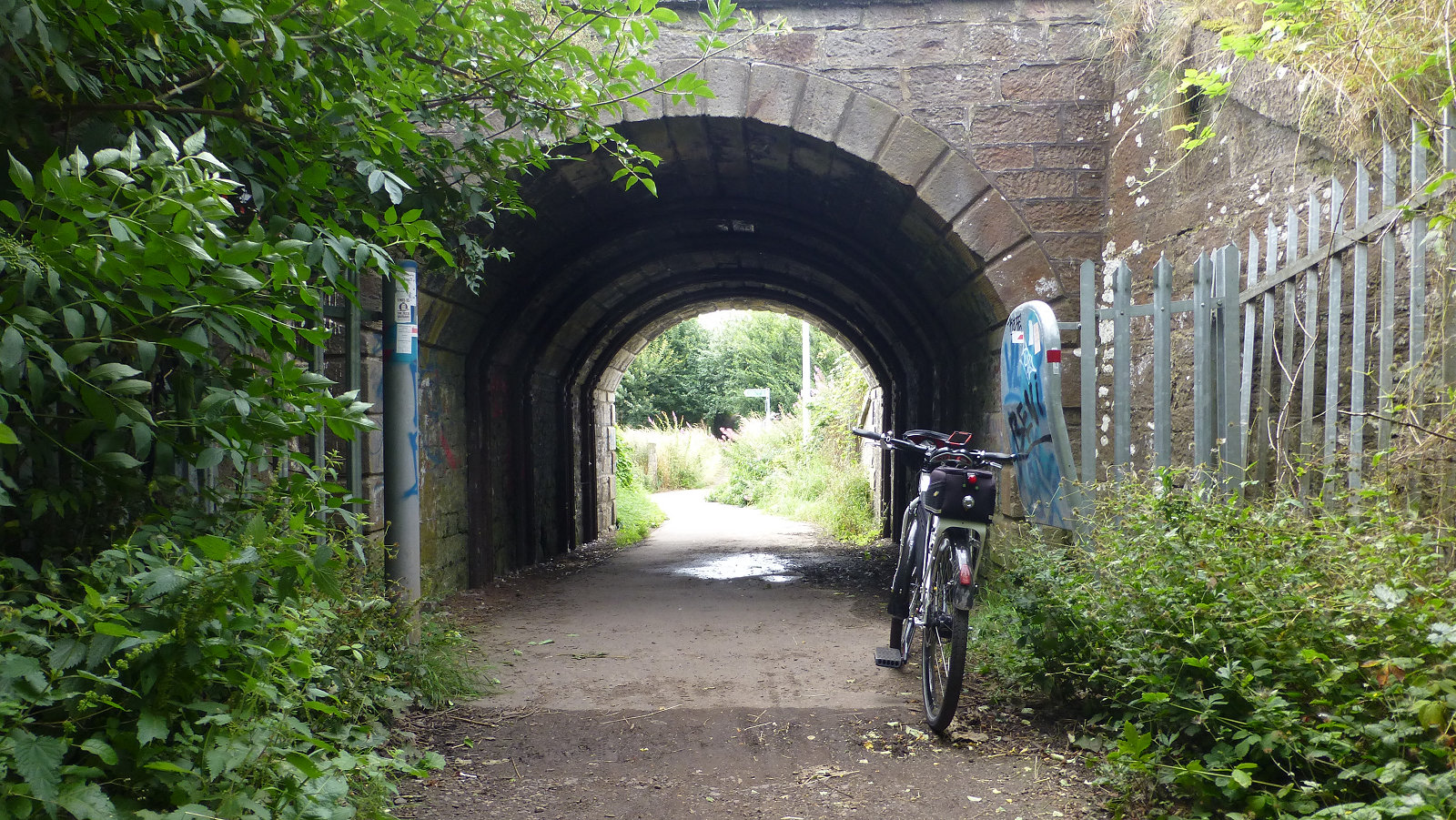 My route today started by heading for the vast East Lothian metropolis of Wallyford, then across to Tranent with its long history of coal mining, over to the quiet village of Ormiston and finally back home to Bonnyrigg along the Pencaitland railway path. Last time I cycled this route in the opposite direction, so decided this time round, the other direction for a change. And the cycle path is an easy downhill at the end of a possibly tiring day turfing.

Wallyford started with three zones along the railway line, the first one, MusselsAhead, not far from a steel structure that’s been sitting unfinished for years. My guess was that it was intended to be a two-level golf driving range but it turns out to be a proposed greyhound stadium. Next zone was RentonsRun, an odd zone name, which had me thinking for some time. My guess with it being beside the railway line is that’s it’s from Ewan McGregor’s character in Trainspotting. The third zone was Wallyford at the train station. A nice easy start to the day. Wallyford offered up another seven zones and as a keen Aardman Animation fan, zone GromitsFriend was a nice touch. It’s just off Wallace Avenue. 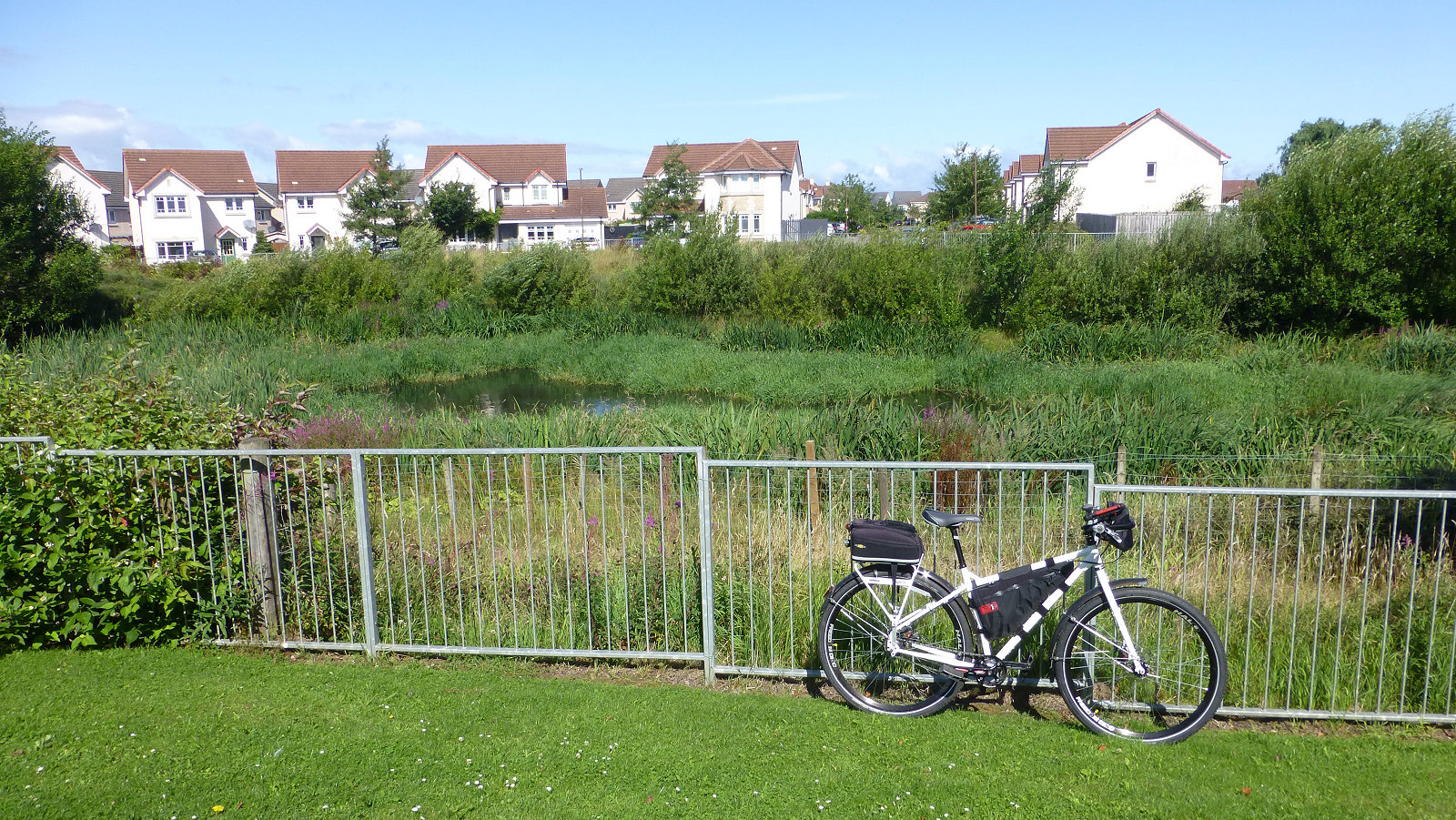 After Wallyford, which didn’t take long, the busy A199 took me to Tranent, with 23 zones for the taking, starting off at the seaward side with zone ComeAndGo and working my way back and forth across the town, trying as much as possible to avoid losing any height that I’d have to regain again. To be honest, I don’t find the zones in Tranent very interesting, particularly those in the more run down housing schemes, though the new houses up the top end are quite attractive. Mind you, for the turfer, Tranent is a veritable rabbit warren of hidden back alleyway, footpaths and streets, though not always so easy to determine from the Turf app.

With Tranent in the bag as far as zones go, I cycled down the B6371 heading for Ormiston. It’s a very fast road despite the speed limit of 40 and few drivers were paying that sign any attention. However, the pavement is a shared path, so that means you can cycle all the way down to the railway path and not have to worry about road traffic. There’s also 5 zones along the way as well. Stopping to take zone WhatBus, I cycled along the path for a call of nature but was spotted and tooted at. I gave them a cheery wave! 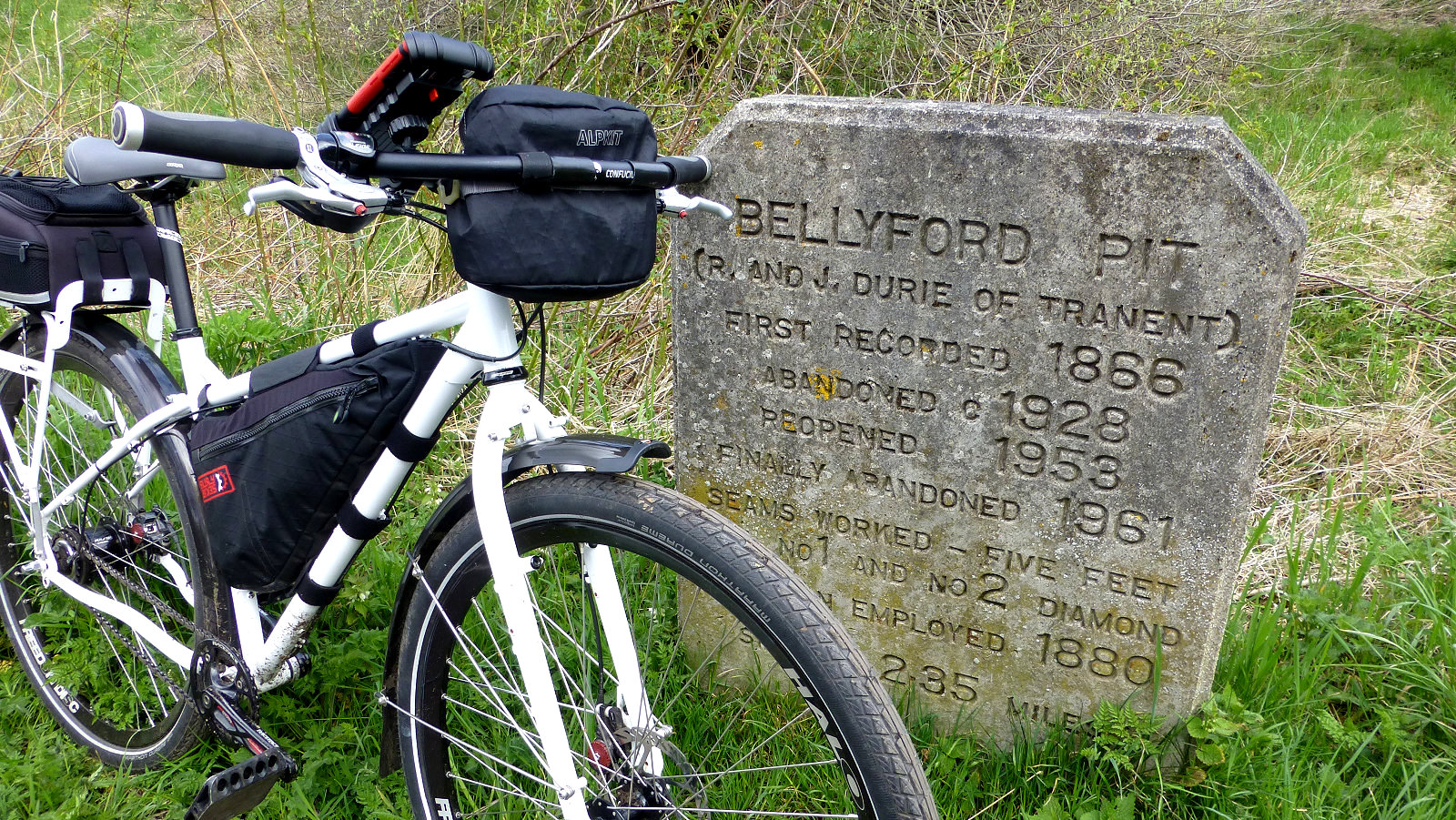 I was riding the Surly Ogre again today, still with that annoying click-click when the pedals turn. The bearings on the rear hub gear are also becoming a bit rough and need replaced soon. I built the Ogre over 10 years ago, so cannot complain as it’s done a fair few miles in that time, many of them off-road in trying conditions. I started searching for the parts such as bearing, etc., but came across a site offering the entire hub gear internal assembly for £97.00, a good saving on purchasing the entire hub new. I can simply swap the internal assembly and also save the cost for a wheel build. I bought a second assembly for the fat bike wheel set, which is also suffering from wear and tear. I guess cycling on sandy beaches and in the sea isn’t the ideal way to maintain a bicycle!

As it was about lunchtime when I took zone ParkByPuddle, it seemed a good spot to stop to refuel, as my energy levels were running low. There’s a couple of picnic benches along from the parking area and they’ve also put in some bike racks as well. Though I’m not sure exactly why you would be leaving a bike here? Ormiston was next after a quick lunch stop. With only four zones, it didn’t take long, then it was back down to the railway path and off for home, grabbing a half dozen zones along the way. Zone TurbineView took a while to take, which seemed to be down to the lose of the mobile signal. 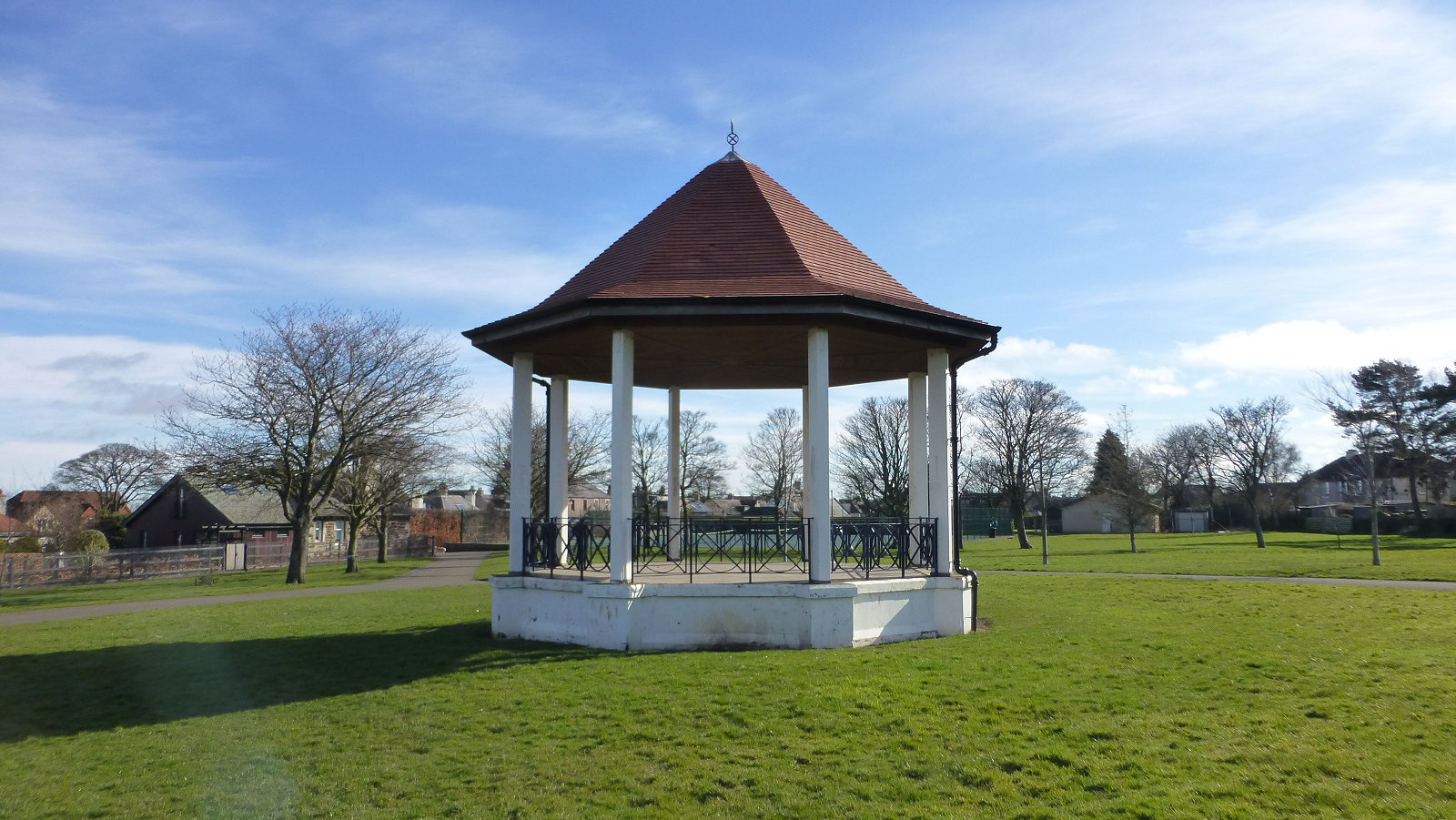 At Carberry, there’s a solitary zone, QueenMarysMt, I’ve been meaning to take for some time. However, it’s located up a very slow 1000 m climb along the B6414 Elphinstone road. Nearing the top of the hill, you enter a narrow strip of woodland through a gap in the wall. A pile of old ARNISTON bricks suggest it might have been bricked up at one time. A monument at the zone has the following inscription.

“M.R. 1567 At this spot Mary Queen of Scots after the escape of Bothwell mounted her horse and surrendered herself to the Confederate Lords 15 June 1567.”

Nice to have something of historical interest at a zone. After the climb it was nice to enjoy the long freewheel back down, adding a final four round unique zones as I approached Dalkeith. At zone SmeatonSubStn, I checked the Turf app and found I’d reached my target of 350 round uniques, so mission accomplished. Add to that another 14 normal takes, giving a total of 68 for the day. I always find it interesting to see the stats afterwards. Five hours in the saddle and 40 Km travelled. Doesn’t time fly? So, just 150 round uniques to go. Nearly there!