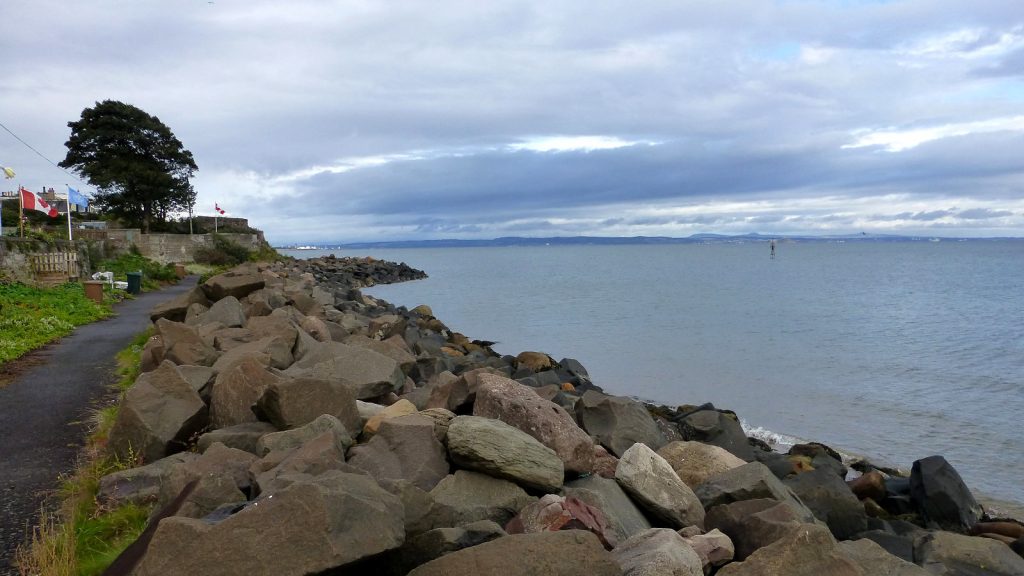 There are three local areas I tend not to visit all that often. They are Newtongrange, Gorebridge and the Mayfield area of Dalkeith. The issue is that there are two routes to them from home in Bonnyrigg. One is along the busy A7 with the other being the equally busy B704. So, in addition to risking life and limb in crazy traffic, the road surface is terrible for cycling or kick scooting and they are both uphill. Add to that the fact that both Mayfield and Gorebridge are built on the side of hills, you can see why turfing there isn’t attractive.

However, I did go to Newtongrange yesterday for a quick hour turfing on the bicycle. Not much I can say about the zones. All were taken without issue, all the dogs I encountered were on their best behaviour and everybody I met with pleasant and chatty. But there was one highlight of the day and that was popping into Mutts Cycles for a brew and a chat. And what did we chat about? Well, kind of obvious really, bicycles, turf and turfers. Thanks for the tea, Scott.

Last night saw me on another night-time kick scooter turf session around my local patch. I’ve had a head cold, or something of that ilk, this past week or so, and my sinuses are all bunged up with snot, or whatever that green stuff I keep coughing up is, and I seem to spend more time coughing that not. It’s not Covid-19, I’ve completed three negative tests, so it’s not that. Just makes getting to sleep rather difficult. So, can’t sleep, then go turfing. Did my usual local route around the two local golf courses, mostly to see what wildlife is about around the wee small hours, then a loop through Eskbank, Dalkeith and back via Newbattle. And not much wildlife really, just the one deer, one fox and one hedgehog but plenty of bats along the cycle paths.

Dalkeith was busier than I’ve usually experienced though being a late Saturday night/early Sunday morning I shouldn’t really be surprised. Met folk at places I’d normally have to myself in the wee small hours. Someone walking their dog on the old railway line at zone Eskpath as well as two young lads looking cagey while puffing on something that probably wasn’t a standard tar stick/coffin nail cigarette. In the dark areas of Kings Park, some youths started at me while I took zone WhichKing and continued to stare until I was out of sight. Quite a few houses having outdoor parties and lots of private hire cars about as well.

But on the cycle path heading back towards Bonnyrigg, I spotted a group of around a dozen very rowdy youths ahead of me, heading down towards McDonalds at Eskbank. They were kicking something large down the cycle path, shouting and arguing with each other. I suspected at least some of them were either drunk or on drugs. I was the first time I’ve ever decided to change my route and slipped off the path into Waverly Park to avoid them. Might not have been necessary but my instincts suggested something best avoided.

Today was another kick scooter turfing day, this time the area of Edinburgh between the Fort Kinnaird shopping complex and Portobello. My visit was twofold, one to check out some wasteland to the south-west of Fort Kinnaird on what was the site of Niddrie Collieries, not long demolished. I wanted to see if there were any trees growing suitable for creating goblin photographs. One of the best trees for this are dead elderberry but I didn’t see anything much. Perhaps a return visit when the vegetation has died back will be better.

The other reason for my visit was to take a few unique zones between here and Portobello. One such zone was TakeASwim, off the promenade. I was in luck today as the tide was low enough to grab the zone without getting wet feet. Not so with zone NoMedalHere which would require swimming or at least chest deep wading. However, looking ahead to 13/14th August, there a very low neap tide of 0.17 m/0.13 m respectively and possibly, just possibly, the zone might be there for the taking without having to swim, at worst a spot of wading maybe. A note for those unique hunters out there to add to your diary.

On the way back I added a few zones in the grounds of Newhailes House and almost craped myself when I encountered a fully grown adult Tyrannosaurus Rex on the front lawn. Bloody hell I didn’t expect that. Fair gave me a real fright it did. It was probably hunting the other dinosaur that was browsing on the roses. Then there was the Spinosaurus, the Diplodocus and the Stegosaurus in the woods. But the Velociraptors were the last straw and I fled, post haste, I might add. I’m just so very glad I didn’t come here at night. Imagine stopping for a pee in the wood and finding a Velociraptor eyeing up your manhood? Bloody hellfire! It was only when I got back home that I realised they were animatronic models for the Jurassic Encounter event from 2nd to 17th July. What a relief. Back soon.