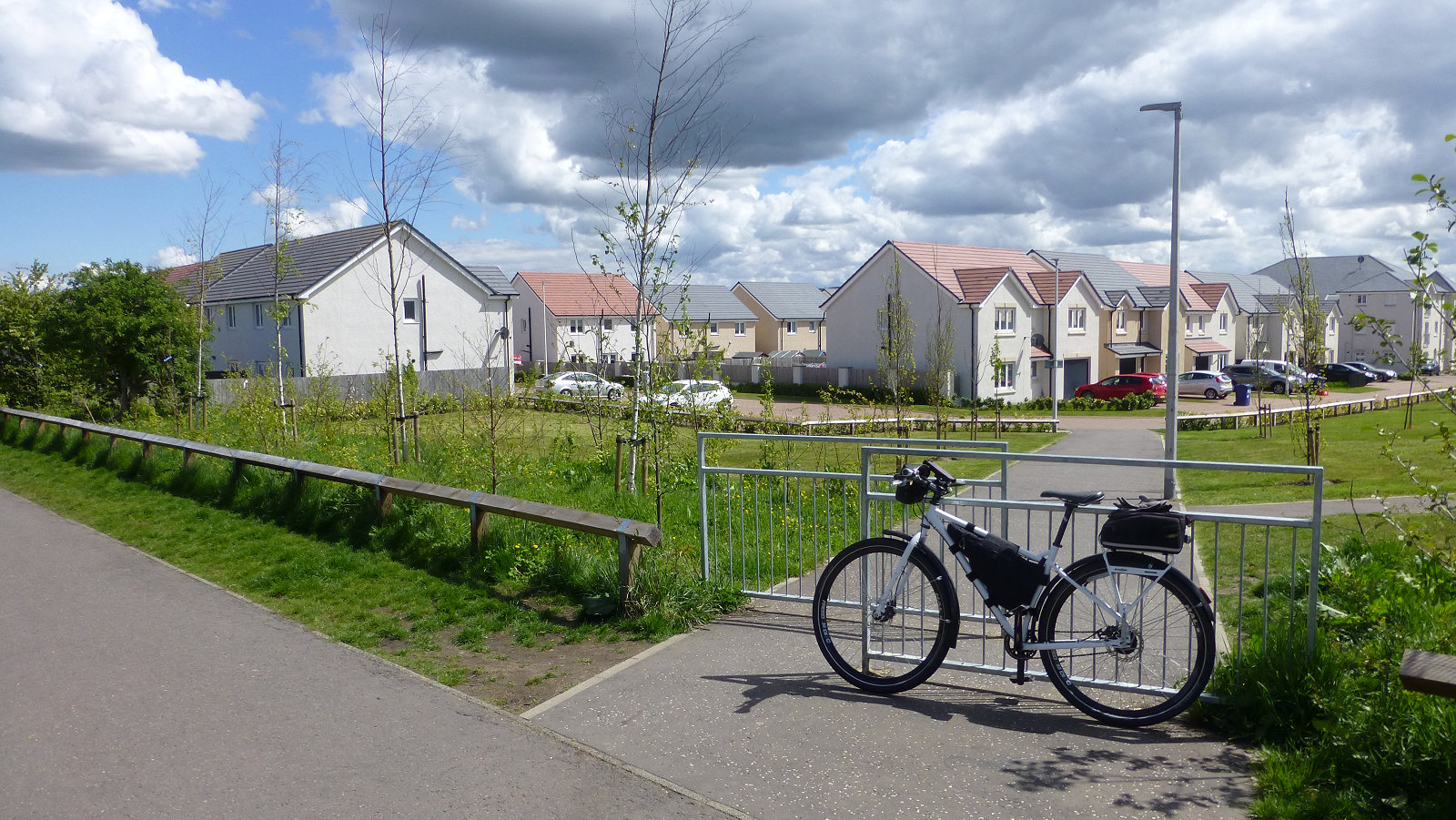 The Daily-Five is a wonderful turf challenge. It encourages you to get out and turf at least five zones every day. But I’ve noticed there is a downside in that you can find yourself only taking those five zones. Which is fine, I suppose. That’s how I felt this morning around 6.00 am when I set off on my trusty Surly Ogre bicycle, was very tempted just to take the daily five zones and go back to bed. I was out early today as I was heading down to Selkirk to see my mother later this morning.

My father died a couple of weeks ago and we still have stuff to deal with. I had a wee moment yesterday when I was looking at buying a new bicycle, a titanium framed Van Nicholas, when the thought came to me that my dad would have loved to have seen this beauty. Then to realise that’s not possible, because he’s gone. He was a keen cyclist in his younger days, owning a bike called “The Flying Scot” made by David Rattray & Co of Glasgow. Every Saturday he would cycle from Selkirk to Edinburgh to pay the instalments, then cycle back, then spend the afternoon playing football.

I was feeling rather lethargic this morning, not sure why.  It was dark, it was cold with a biting wind and I’d not yet had breakfast. Not sure if you should exercise first, then have breakfast, or the other way round. Must Google and find out. Turfer Hodge from Penicuik had been through Bonnyrigg yesterday evening and “cleared” most of the zones. Thanks Hodge. My aim this morning, once I forced myself past that Daily Five barrier, was to take back all the zones in Bonnyrigg and also try a refine my new route incorporating those four new zones. I think I’m getting there and will update my Turf Tour Bonnyrigg soon.

Later this same day I was back from Selkirk and logged onto the PC to check the take count on Turfgame.com. I was expecting it to have passed the 100,000,000 mark but much to my surprise it still had around 2000 takes to go. I still had a chance. So, what to do? What I needed was to predict as best as possible when that 100,000,000th take would occur. I did this by timing the take counts over a series of minutes and ended up with approx. 50 takes per minute.

At 999,999,500 with 500 takes to go, equivalent to about 10 minutes of time but probably less as more turfers head out in the hope of that elusive once-in-a-lifetime prize, I decided to jump on the bike and dash round some local zones. Of course, I had no idea what the actual status was and hoped I wouldn’t return home and see the count was still less than the 100,000,000 mark. Thankfully, it was and perhaps, just perhaps, it might have been me. Whatever the outcome, it was fun.

Fast forward to the evening. Well, the results are now in. The lucky winner was turfer Provokatör who took the 100,000,000th zone at 16:18:44 today and the zone in question was Dommarkullen in Sweden. My nearest take was zone LadyMarion at 16:19:16 some 32 seconds away from the winner. Close but not close enough. Thinking back now, I perhaps should have taken the Microsoft Surface with me, paired it to the mobile phone for internet access and tried that way. Oh well, never mind. Not sure I’ll be around for the 200,000,000th zone take but you never know. Back soon.